While Anthem had an early release for Origin subscribers and Xbox also had access to 10 hours of gameplay before the full release, the reviews Anthem received were a little unfair. This partly EA/Biowares fault for dropping the game before the day one patch was released on the technical release day of the game.

The folks that got early access, were basically treated to a game that the developers knew needed fixes. Were they beta testing for us? Yes and no. After the messy demo, the game dropped early with many of the same problems it had when the demo finished. Maybe the developers wanted to use the early access to identify more bugs for the day one patch. Maybe this was forced by EA, but regardless of that, the game has certainly improved since the initial early access.

This is not to say that it doesn’t still have its share of problems. I've been disconnected a few times. I had a problem that said my account wasn’t allowed access to EA servers. Some of the loading screens are still a problem, but much better than before the patch. I found myself trapped in a loop while trying to complete the second to last mission of the main story. These are annoying issues that certainly need to be looked at, but setting these problems aside, the game is pretty solid. 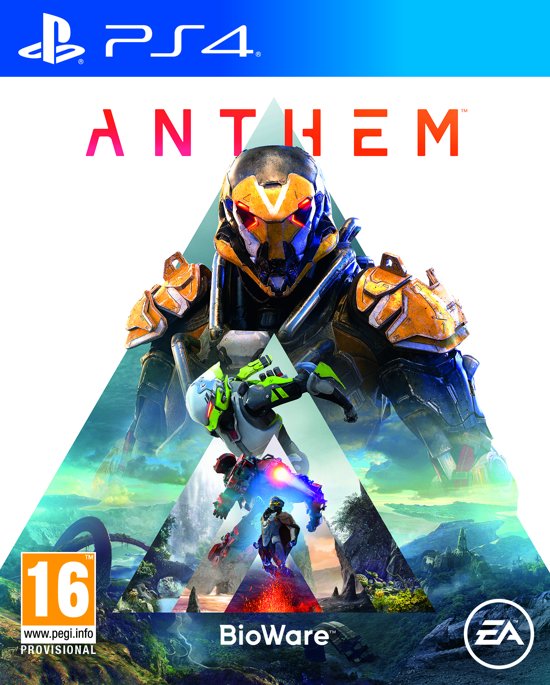 The storyline is somewhat mediocre. I felt like it was dragged out in order to stretch the main campaign. I don’t dislike the storyline, but I didn’t find it to quite entertaining. It seems as though all the characters in the game are all looking for some sympathy. The story could be much better if it was told differently. Of course you can skip the majority of dialogue and if I hadn’t needed to review the game, I probably would have starred skipping it early on. Nothing really tugged at my heart strings. It was really just plain.

Before I move onto why the game is actually pretty good, I will comment on the loading screens and the time it takes to load. A patch came through on day one that sped up the loading screens, and while it was much worse, it doesn’t feel much better. I’m not a game developer and really don’t know what the devs could do to make a big improvement, but they really need to fix this issue. It seems to be the largest complaint I hear about and unless they manage to speed things to an acceptable point, I’m afraid this game will struggle to sell even further. Not that this problem would put me off from playing the game, but it is a problem in general.

So… what about Anthem is good? Well, let's get the simple things out of the way first. Graphically, the open world itself is gorgeous. There is plenty of detail to go around. Instead of an empty landscape, the world is a colorful place that is filled waterfalls, plant life, wildlife, statues and ruins. Caves and lakes. The list goes on, but you get the jist.

Let's not forget the audio. The sound effects are good, but the music score is pretty amazing. The moment you come in contact with hostility, an orchestra blares in your ears with a magical dramatic tune. It really sets the tone of what's going on around you. Personally, I think audio is overlooked all to often. Believe it or not, the music score makes the grind much better. 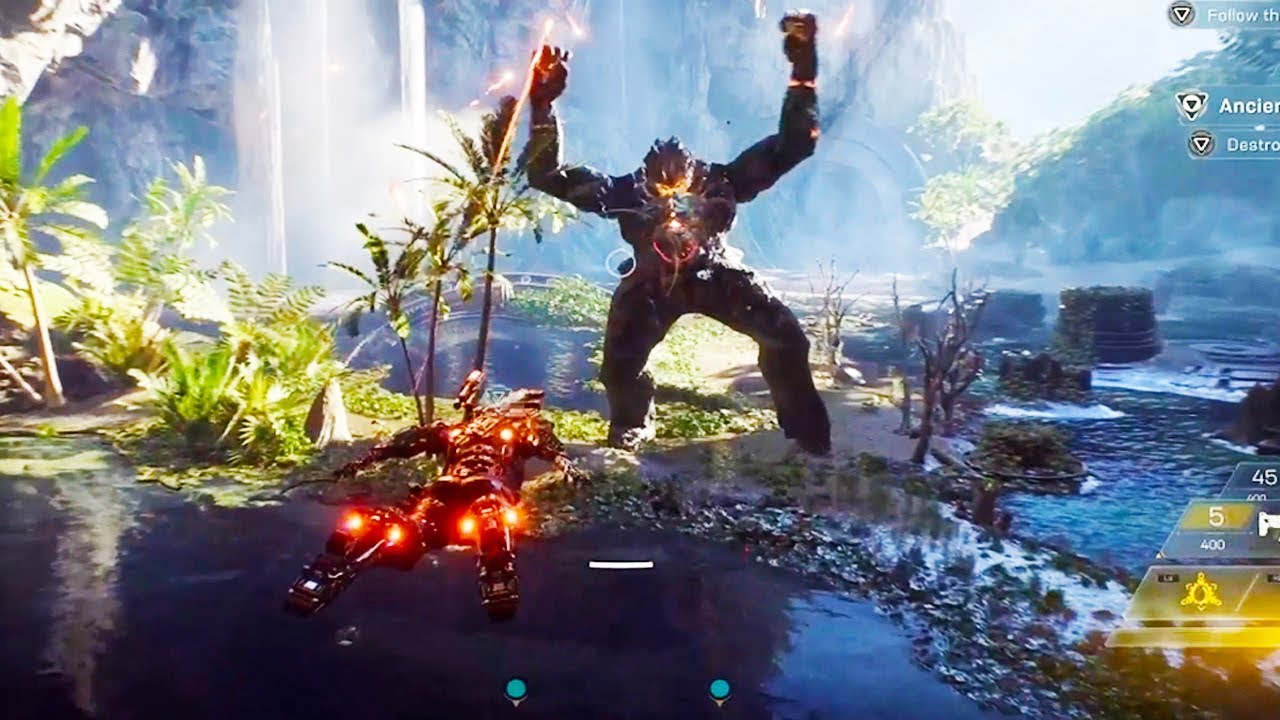 So, music and graphical landscape don’t quite cut it, but there’s more. The game has a great combat system. Players have a decent arsenal to choose from. The selection of guns is kind of limited, but the guns also have a large assortment bonuses, and you never know you might get. To sweeten the pot, there is a host of elemental abilities you can swap out. Plus, depending on the javelin you are piloting, there are a few extra choices for your arsenal.

The movement system is pretty sweet. I love having thrusters to move around with. To make things more interesting with the flight system, you don’t get to just fly around without restrictions. Your thrusters can overheat, which will ground you. Hovering over just above water will keep them cool and allow you to travel just above land a little quicker. Nose diving will cool you down, but the higher up you go, the faster the thrusters can overheat, so you need to be aware of the environment. The flight makes the game much better than it would be without it.

All in all, it's the little things that make this a fun game. With a good amount of missions, side mission, mini raids and activities to participate in, you can easily drop 60 hours into this title. We will certainly need to see more added on a regular basis in order for this game to be a long term success. Add more enemy factions, more weapons, more activities. Bioware will really need to consider adding PvP as well.

I have had a lot of fun with this game and there is more fun to be had. Hopefully we will see major support for this game, but only time will tell. In the meantime, this game deserves a solid 7 out of 10. For reasons listed above, I can’t give it a better score, no matter how much I have enjoyed it. Sadly, Anthem will likely become a 9 out of 10 game, after about a year of support and additions of dlc.