Some of the most enjoyable moments for me as a gamer are the ones where I introduce someone to PSVR for the first time. Whether it’s friends or family, that sense of wonder when they first put on the headset is an amazing moment.

Of course, it can be difficult to find experiences welcoming enough for casual gamers or those who don’t know their way around a DualShock 4. Arca’s Path for PSVR seeks to remedy this by offering an experience anyone can dive into, but only the most skilled with master. Should you tread this path or take a different route? Let’s find out.

All it takes is one behind the scenes video to see that Arca’s Path is a labor of love from a group of very talented developers. The game has a brilliant simplicity to it that combines challenge with accessibility in a way that more VR titles could really benefit from.

You play as Arca, a young girl on a planet filled with scrap and broken electronics. Rummaging through the rubble, she comes across what seems to be a VR headset of her own. When she puts it on, she’s transported into a world where you must navigate vibrant mazes as a glowing sphere of light.

There is some additional story as the game goes on, but it’s not a strong focus of the experience. That being said, the way it’s delivered through still comic panels and subtle animation is very pleasing to the eye in VR.

In keeping with the original vision of a VR game anyone can play, Arca’s Path requires no controller input whatsoever. In fact, you should probably just put the DualShock down when you’re playing this.

To guide the little ball of light, you’ll simply turn and tilt your head. An arrow tied to where you’re looking fills up as you move further away from the ball. The wider your movement, the faster the ball moves. This is accompanied by smart sound design that ramps up in tempo as the ball gains speed.

The combination of a visual arrow and the sound to guide you allows the player to guide the ball with relative ease around the levels. This works incredibly well for the most part, but it does have a few small issues.

While broad movement and big jumps are all simple and easy to pull off, precise movement is less responsive than it could be. As the game goes on, the levels are no slouch, so you’ll need to make some tight turns and negotiate some precarious ledges.

In these moments, making very small and specific movements is more difficult than it should be. There’s a small dead zone where the arrow can move away from the ball before it begins to move in that direction with earnest, so negotiating this when you’re rolling down a winding path that lacks any walls is enough to make your whole body tense up.

While this certainly led to some moments of frustration, the overall feel of Arca’s Path is very good. The ability to collect crystals and unlock time trials offers plenty of addition challenge for those who seek it. Otherwise, the several hours you’ll get out of your playthrough are enough to offer a respectable challenge to any level of VR player.

Since this game is directed towards all types of players, motion sickness is something that we should discuss. The camera moves consistently behind the sphere, so there’s very little chance of motion sickness here.

When you inevitably fall, that brief moment of falling beneath the level could trigger a stomach flop or two, but I think the majority of players won’t have any issues with Arca’s Path in regards to motion sickness.

Simple, but Not Easy 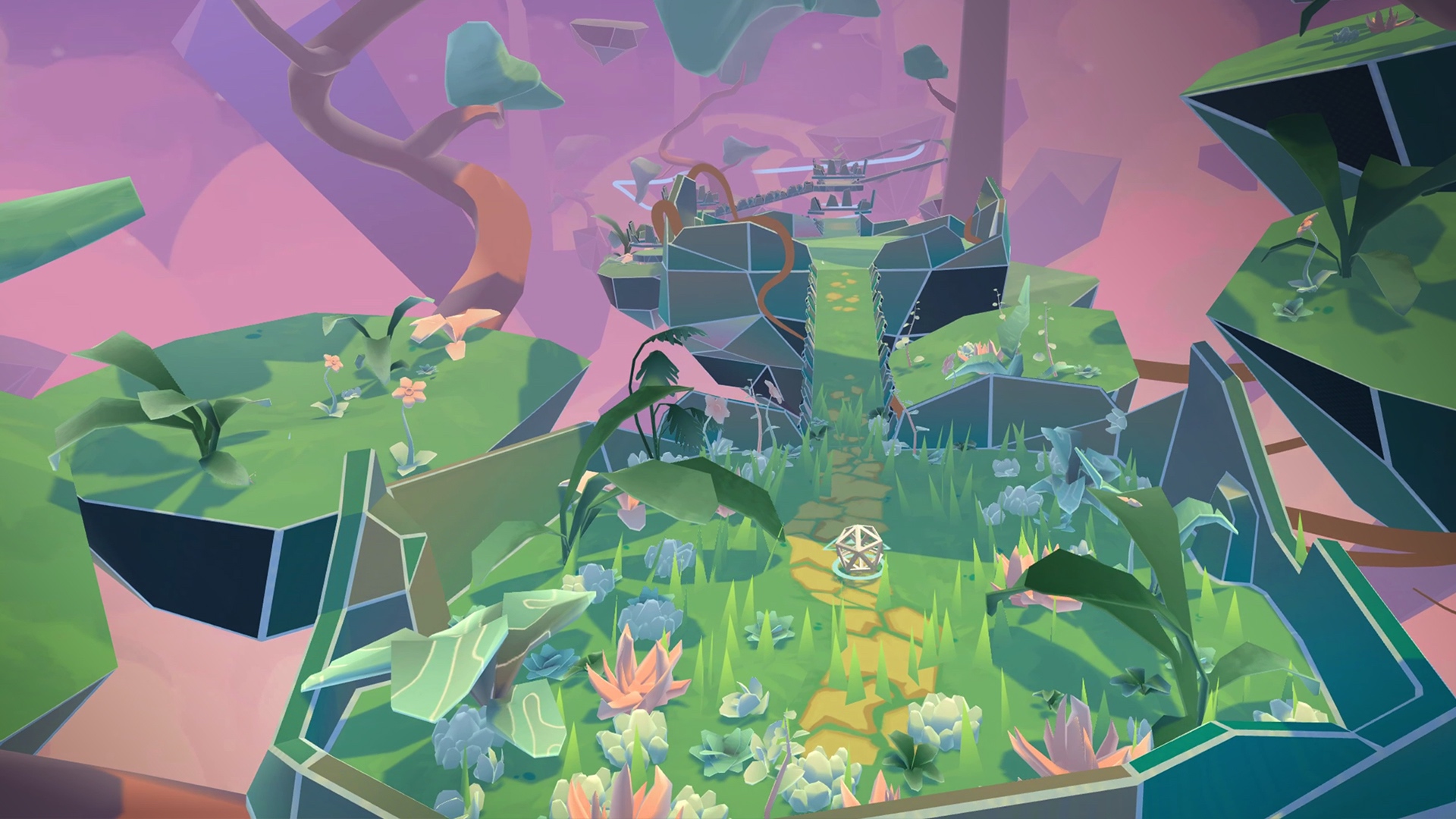 Arca’s Path for PlayStation VR manages to strike that sweet spot between challenge and accessibility. This alone is a major victory for VR as it represents a perfect launching point for new players to experience the technology.

At a relatively low price point, the 3-4 hours of gameplay combined with collectibles and time trials makes this a compelling addition to any VR library. If anything, Arca’s Path is one of the best introductory titles to hit the platform, so be sure to keep it in your back pocket for the next party night or family gathering.