Astro is well known for their high quality gaming headsets, but recently dropped their first pro controller on March 29th, 2019. Before we go into the controller end of things, if you haven’t tried an Astro gaming headset, I highly recommend them. They are truly superior compared to the competition.

Moving on. The C40 Pro Controller for PlayStation 4, is available from a slew of retailers online. While it comes along with a somewhat expensive price tag of $200.00 (USD), the price should be overlooked by anyone that takes their gaming seriously. I don’t expect everyone to jump up and grab one, it is something to consider, if you have been debating on whether or not to purchase a pro controller for your PS4.

For starters, I will say that when I first began testing the C40, I had my concerns. It was larger than I expected. Well, wider is a more specific word for it. It felt strange in my hands. With a somewhat heavy weight to it, I wondered if my hands would fatigue after long gaming sessions. Fatigue aside, it definitely has me concerned about its size. On the box and in pictures, it was difficult to see just how much larger this controller would be compared to the Dualshock 4.

The first few hours of handling the controller were trivial. It felt bulky and I just didn’t see myself getting the same comfortable feeling that I get from other controllers. I am happy to say, that it didn’t take me long to get comfortable at all. After a few online matches, I was satisfied with the weight and feel of this wider than expected controller. As a heads up though, and no disrespect here, but if you have small hands/short fingers, you will more than likely not find this controller to be as forgiving. 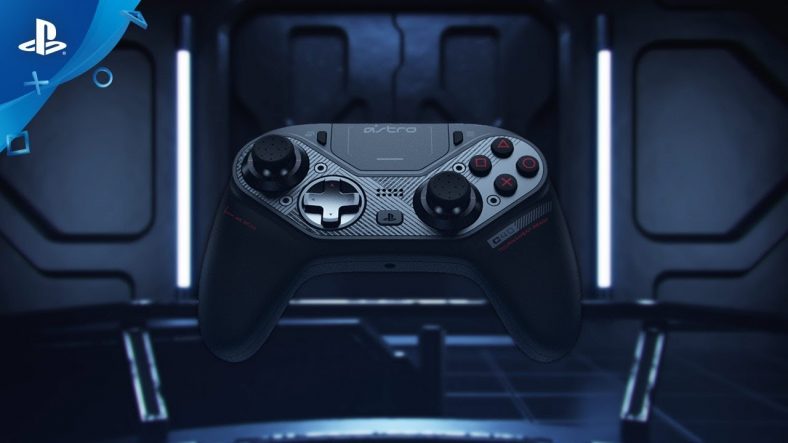 Fast forwarding 3 months after release, I’ve really managed to come up with some pros and cons. The cons are fairly minimal, so not to worry.

The paddles located under the controller as shortcuts, are a little stiff. I prefer paddles as shortcuts, but there isn’t anything I can do about that. Those are really my only two complaints and they aren’t enough of an issue to keep me away from this controller. Now, let’s move over to some of the pros.

This controller has excellent response time. Whether you realize it or not, The standard Dual Shock 4, does have an ever so slight lag to it. Now, if everyone in the world were to use a Dual Shock 4, it wouldn’t matter, but even a milliseconds difference is enough to give a competitor the edge. I can’t tell you how much faster the difference is with the C40, but it’s more than one millisecond. The controller will either give you an edge or put you on par with anyone else that is using a pro controller, for the most part.

You can change out your analog sticks and switch them around to use the controller in the same layout as an Xbox controller. Because the controller is so wide, the Xbox layout didn’t feel very good to me. I am not a big Xbox button layout person, so i could really just be taste in preferred layout, but the original Xbox controller does feel better than using the C40 as a copycat. You can also change the analog sticks themselves (sold separately) so they are taller, for more accuracy.

In regards to durability, this is one solid controller. Possibly the strongest build among all others. While I haven't taken my controller and thrown against a wall, I am confident the C40 will hold up a lot better than if you were to throw the DualShock 4. Just in case any ragers wanted to inquire about that. While it held up just fine in the last three months, I really can’t tell you how this controller will actually last. I am hopefully that it can last for several years to come, but that is also dependent upon how much you game and how aggressive you are about holding your controller and pressing buttons.

The controller will require you to download software to a laptop or PC, in order to set up the controller, remap the button configuration, adjust sensitivity and of course, update the controller in general. It is very simple to setup and reconfigure.

I did not see any real benefit when playing offline games such as Days Gone or RAGE, but when it came down to FPS shooters such as Apex Legends, Black Ops 4, etc., I did find that I was performing better than I had in the past. I would highly recommend this controller to anyone that takes online gaming seriously. Unless of course, if you have small hands, as I mentioned earlier. This controller is easily a 9 out of 10. If it weren’t for the wireless audio issues with headsets and the stiff back paddle buttons, I would have given it a 10 out of 10.