While I've never seen the original Battlestar Galactica series, I am a gigantic fan of the 2004 series. My brother and I spent many hours marathoning episodes and throwing around sayings like "frack" or "so say we all."

I've always wanted a great game in this universe, but up until now, there have not been any worthy of note. Now we have Battlestar Galactica Deadlock which has come to give us a turn-based strategy experience. Should fans of the series enlist or leave this game to the Cylons?

Fighting in The First Cylon War

While the television series is set long after The First Cylon war, the setting of Battlestar Galactica Deadlock takes us back to this historical conflict to protect the Twelve Colonies.

It's a great premise, and the game immediately showcases an attention to detail that will please even the most hardcore fans of the series. The look and feel of the story mimic the nuances of the series perfectly.

Over the course of the campaign, in-game cutscenes show views of the ships or the command center with narrated dialogue from characters. The voice acting feels authentic and the writing is true to the series.

Narrated briefings give you a nice background before each mission, but the story never pulls you in like the series could. Fully animated cutscenes could have helped with this, but the simple cutscenes don't convey the same level of tension or emotion.

While the look and feel of everything is true to the series, the story never quite reaches the same heights. It's engaging enough to keep you interested, but it won't have the same impact as the main TV series.

While the story may leave some to be desired, strategy fans will find a lot to love in Battlestar Galactica Deadlock's gameplay. There are two different types of gameplay, but both move forward turn-by-turn.

In between missions you'll be placed in a detailed rendition of a command center, with a map of the Twelve Colonies laid out before you.

Here you can make decisions on where to move your fleets, what to build, and where you'll make your next FTL jump. During these interims, Cylon threats will emerge and you'll need to decide how or if you will prioritize them over story missions.

While this can seem overwhelming, the game makes it difficult to lose during the campaign. If you come close to the threshold, it will give you time to recover and build up your resources. You can pay extra to rush builds or jump early, but patience will allow you to wait for a few turns and save your tylium. It's a nice balance between urgency and clever forward thinking.

Hardcore strategy gamers will find a solid challenge, but beginners shouldn't run at the first sight of menus and stats. Once you've laid your battle plans, it's time to get into a battle.

Battles are suitably large spectacles that require you to plan your actions before diving into the fray. For the first several campaign missions, you'll be required to have your base ship with you, and losing it will be an instant loss.

Once you've passed the first several campaign missions, you'll be able to enter missions without it and offer its benefits to other colonies while you're away.

The widespread menus and options for your ships can be an overwhelming or even cluttered sight, but I was comfortable with everything after 2-3 missions.

I do think some of the menus could have been relegated to a different screen if only to clean up the battle UI, but this was purely a design preference on my part.

There's a good amount of flexibility in how you approach combat situations. Turrets, missiles, and even fighter squadrons give you stopping power, while classic Cylon tactics like hacking are an ever-present threat.

The ability to move your ship in all directions (including height), adds another layer to the combat as you can approach from a wide variety of directions. For strategy gamers, it's all here, and for more casual players, the learning curve isn't too steep.

Some missions will drag on as you try to wrap things up, but for the most part I thought the combat was exciting and engaging. The option to watch a replay with the classic camera shakes and movement from the series was an especially nice touch.

While the combat could have been deeper and wider in scope, what we have here are solid mechanics and enough depth to satisfy every level of strategy gamer. 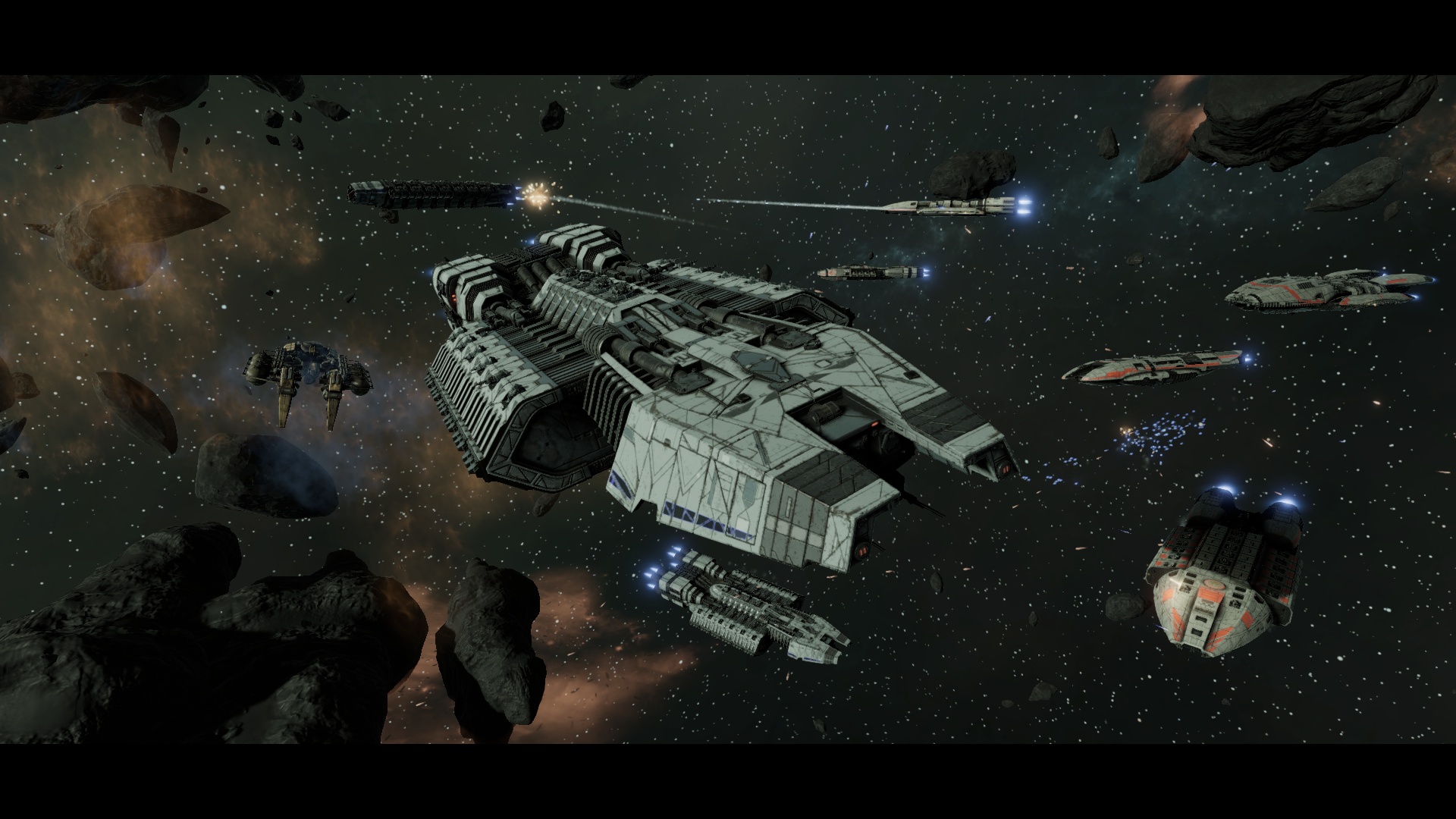 While the graphics of Battlestar Galactica Deadlock aren't incredible, detail is provided in all of the right areas. Ships and environments look like they were pulled directly from the 2004 series, which is exactly what I was looking for.

The music during combat is heavy with percussion and reminiscent of the show's soundtrack, which is another point in its favor. As I mentioned earlier, the replay option with a suitably shaky and fast moving camera was something I enjoyed very much.

I am proud to say that gamers finally have a great Battlestar Galactica game in the form of Deadlock. It's a solid strategy title that faithfully recreates the look and feel of the series.

Even if you're not a fan of the show, the strategy mechanics here are worthy of a look. Rejoice Battlestar Galactica fans, for we finally have a game worthy of the name!

A copy of Battlestar Galactica Deadlock was provided to PS4 Experts for review purposes. Played and reviewed on a PS4 Pro