We have a lot to look forward to every years as new games release, but I think 2018 is going to be one of the best years I’ve seen. With titles like Red Dead Redemption 2 and God of War releasing this year, I’m already in Gamer Heaven! So, without further ado, here are some of my most anticipated games to live stream in 2018!

Red Dead Redemption 2! I can’t even believe this game is releasing soon. I am a huge of RDR, and it's been a long time coming for many of us. This title is going to be a massive success and it is surely going to be some prime content for live streaming in 2018. RDR had an epic storyline and beautiful world. The gameplay was spot on and it was easy to fall in love with some of the characters. With all the support GTA V gets, I can only imagine we will get plenty of support given to Red Dead 2. I simply can’t wait, but I know I must.

The Last Of Us 2! Let me start off by saying, if you haven’t played the first title, you are missing out. I can appreciate someone that simply doesn’t enjoy horror games of any type, but I would still recommend them try it. The story is very well written and the overall experience is a 10. I have come to have high expectations from Naughty Dog and while there have been a few key players that have left the company, I still expect an outstanding experience with TLOU2. The campaign alone should prove to be a hit for streamers and I’m hoping the multiplayer will win me over.

God of War. I have heard some mixed feelings on the direction Kratos is taking, from long time fans of the series. I personally think God of War is going to be amazing and believe it will open doors to keeping this epic franchise alive for much longer than I could have expected. With talks about how the series could have gone with an egyption or even christian setting for Kratos to explore, there are a ton of possibilities in the future. As long Kratos’s character doesn’t stray too far from his roots in regards to his personality, I would be thrilled with visiting different lands and fighting different gods every couple of years. This should have some great streaming content and I’m looking airing it. 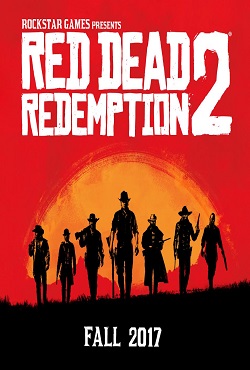 Monster Hunter: World. Monster Hunter has been around for a long time and I have been a long running fan, regardless of platform. While this games isn’t open world, the maps are pretty large. Play either solo or with up to 3 other players. This game has a lot of streaming potential. I enjoyed playing through the beta several times and I thought it was much funner playing in a party then solo, but solo play is satisfieing. The beta was quite limited and most of the monster were pretty easy to take down with a party. I’m not really sure how long the appeal will last in regards to streaming, but I think a complete playthrough will do just fine. Additional streaming after some dlc is added down the road and we have a great title for the 2018 stream list.

Spiderman! I have been looking to getting my hands on Spiderman since Insomniac Games revealed it for the first time. A lot of people are excited for this title and I am even more happy that it is not based off a movie. I enjoyed the movies and their game spin offs, but I need something fresh and this game looks astonishing. I have high hopes, so hopefully it isn’t a big let down. Either way, it will be great for streaming content and good for conversation.
Other titles on my list include Days Gone, Kingdom Come: Deliverance, Vampyr, and hopefully much more. As I said before, this could be one of the best years for games I’ve ever seen and that’s no exaggeration. If you’re into live streaming or thinking about starting a live stream channel, there hasn’t been a better time to start!

Will you be live streaming during 2018? What are some of the titles you’ll be playing? In the meantime, why not head over to my YouTube channel and subscribe? https://www.youtube.com/user/The8bitentertainment/videos
I’ll be dropping all kinds of content this year and I would love for you to be apart of it!