When you first hear the name Black Mirror, you'll probably think of the Netflix show, but it's also the name of an adventure series that released on the PC between 2003 and 2011.

Now the series is back with a brand new chapter on the PS4. You play as David Gordon who journeys to his ancestral home to investigate the death of his father. His family has a dark and mysterious past, so the premise is very strong. Let's find out how this horror adventure fares.

A Great Premise and a Strong Story

The best part of Black Mirror is easily the story. The game opens with an intense scene that shows the last moments of the main character's father.

From here, we take control of David Gordon as he journeys to the house of his family ancestry to find closure and settle his father's affairs. The sense of mystery and intrigue is immediately palpable.

When you arrive at the Gordon estate, the house oozes with mystery as you explore its dark and grim halls. Even the people you encounter all seem to be hiding something.

As the story progresses, there's a consistent pace of revelations that come at you fast and furious. There are some dips in the story where things can be slow while you figure out a puzzle or what to do next, but otherwise, the story moves along at a nice clip.

The characters are all generally interesting, and the voice acting is top-notch across the board. Towards the game's final act things became a little predictable, and the conclusion was somewhat underwhelming, but on the whole, it was a mystery I enjoyed solving.

My only real complaints from a story perspective, are some moments where it takes leaps in logic that I didn't quite follow. For example, there's one revelation just before the final act where the main character declares something to be true.

While it is true, his sudden "ah-hah!" moment didn't seem natural. It was almost as if that detail was thrown in so the story could keep moving.

Despite this, the story is easily the strongest component of the game. Now, let's talk about how the rest of the experience stacks up. 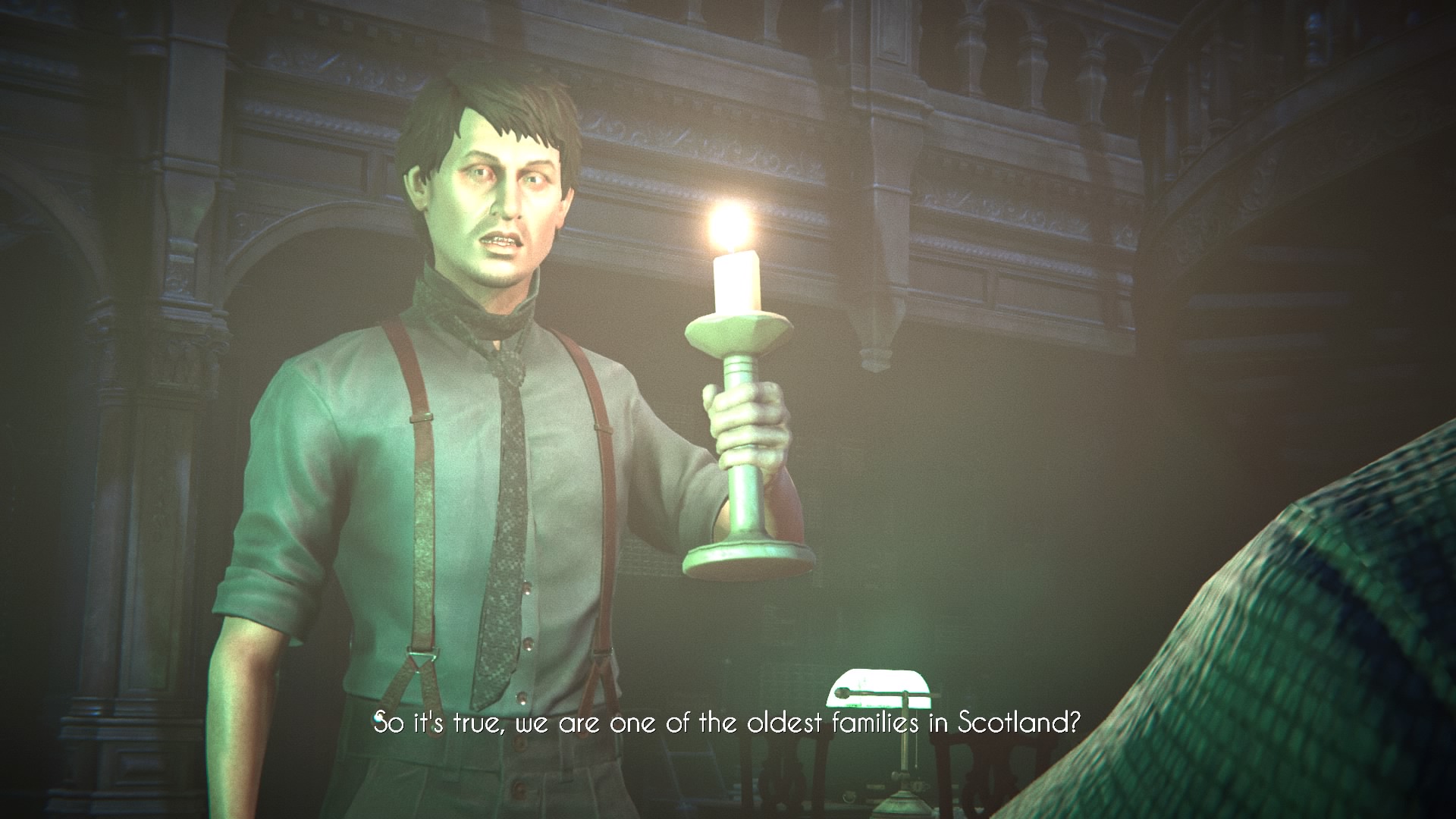 Since launch, Black Mirror has been patched to alleviate some of the issues I had with it, but that didn't stop me from experiencing some pretty frustrating glitches.

On multiple occasions, the game would stop mid-scene and I would be able to pause, but not continue. I had to reload my save to progress. In one instance before the first patch, my saved data became corrupt and I had to start the game over from the beginning.

Beyond these things, the general frame rate is choppy and inconsistent throughout the game. It's particularly rough in specific areas.

Furthermore, there are loading times for each room you enter. The latest patch brought down the wait time significantly, but you still have to sit through a loading screen every single time you walk through a door.

Glitches and issues aside, the actual puzzles in Black Mirror are quite good. Many of them will require you to take notes or flex your memory as you find clues that point towards solutions.

Other puzzles involve logic and spatial awareness, such as a recurring puzzle involving a key that can transform to fit a variety of locks.

It's really a shame that the experience is so glitchy and unpolished because I really like the story and general gameplay in Black Mirror. It's incredibly frustrating to put up with so much though as you try to get through it.

There are times when Black Mirror looks and runs great. In fact, during certain scripted scenes the animation was top-notch. For the vast majority of the time, however, the lip sync and animation is woefully out of whack.

Characters make general mouth movements that vaguely match up with the rhythm of works, but rarely show any kind of expression. It's a shame too because the voice acting is really good, but the delivery is sorely lacking.

I can see moments of brilliance in Black Mirror, and that was what drove me to get through it. Perhaps if the developers had more time and budget to work with, they could have delivered a more polished and stable experience.

As it stands, I can't recommend Black Mirror in good faith. If you're willing to put up with the issues, I do think its a very interesting story with solid puzzles, but you'll need to deal with a lot of frustrating throughout the experience.