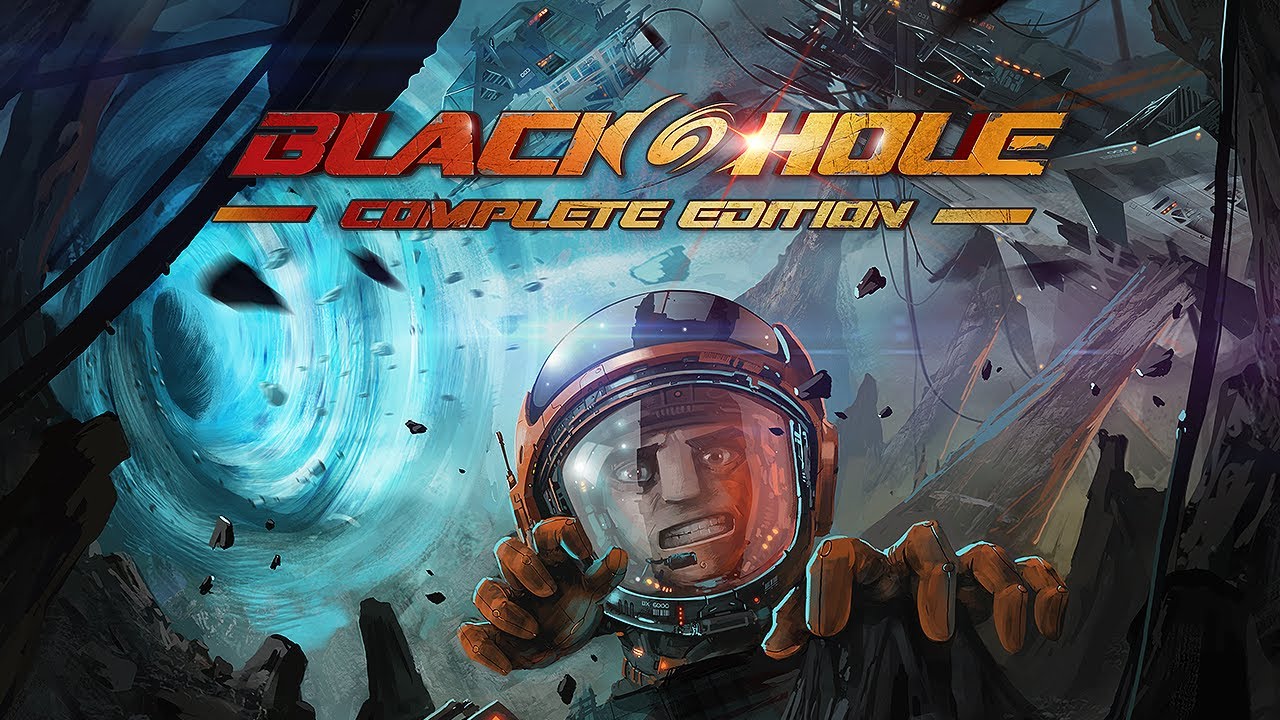 In the early days of gaming, a high degree of difficulty was something you expected. Classic platformers on consoles like the SNES, Sega Genesis, and PS1 were absolutely punishing. To this day, I still wonder how I finished some of them. While many games on the PS4 offer degrees of difficulty, some still wear their difficulty with pride in a world gone soft.

For those who want to be challenged, who have a high degree of frustration tolerance, and want to be rewarded for their efforts, BLACKHOLE is here. This hardcore platformer for the PS4 mixes brutal levels with lighthearted humor and an intriguing story. Is it the right kind of difficult, or does BLACKHOLE take its challenge far past the event horizon? Let’s find out!

The story in BLACKHOLE takes place far in the future, 2121 to be exact. You are a member of the crew on the starship Endera. Your ship’s purpose is to close dangerous black holes that have been popping up all over the universe.

You’re joined by Captain Jetsen, ATI, Selassie, Nejfake, Smusa, Skelet, and an AI named Auriel. Your character has an incredibly important job, and by that, I mean that he’s the coffee guy. Your first task in the game is to get the captain coffee, in fact.

It’s a pretty funny way to start the game off, and one thing you’ll notice from the get-go is that BLACKHOLE puts a lot of effort into its characters. While you remain a silent protagonist, the other crew members are each unique and well-developed.

The humor hits the target more often than not, offering plenty of hilarious moments as the game goes on. Ariel herself is with you, for the most part, offering sarcastic and dry commentary that will either elicit a chuckle or make you grit your teeth after you’ve died for the umpteenth time.

After an intense opening, you find yourself crash landed on a mysterious place that resembles a planet, but quickly reveals itself to be something entirely different. Known as the Entity, this is where the game takes place, spanning across multiple dimensions ranging from caverns to lush jungles, and several others.

For those who just want to get into action, BLACKHOLE offers different modes that offer the maximum amount of story, a trimmed amount, or none at all. Personally, I wanted to see everything, and I’m glad I did. Still, the option is there for those who would rather get into the gameplay.

The Fiery Crucible of Hardcore Platforming

BLACKHOLE isn’t interested in making things easy for you. This is a hardcore platformer that will test both your skills and patience in equal measure. The goal of each level is to look for selfburns that will help you repair the ship. Each level has a certain number of them.

Beyond jumping and running, the other main mechanic in BLACKHOLE are glowing sections of the walls where you can rotate the gravity in the level. Once you touch that area, it becomes the floor and everything rotates accordingly.

Mix in plenty of obstacles and threats like lava and deadly vines, and you’ve got some serious challenges ahead of you. Any single mistake, and you’ll head back to the beginning of the level. Depending on the difficulty you choose, you can bank your selfburns by going back to the level entrance, but otherwise, they’ll be reset when you die.

You won’t need to get 100% of the selfburns on every level to progress, but if you go out seeking this as your goal, you will have countless hours of head-scratching and frustrating failures ahead of you.

The game mixes things up when you get to specific boss levels. These are intense gauntlets where your reflexes are put to the test, but you’ll receive some excellent story scenes as a reward when you finish. An intuitive teleport system and a relatively easy to understand overworld makes it easy to move between levels at your leisure.

Is BLACKHOLE frustrating? Absolutely. I had to step away from some of its more devious levels, but when I came back and I finally beat it, that moment of victory was worth the strife. This is not for the casual gamer or even the fan of platformers. This is a game for those who cut their teeth on classic platformers that would make most modern gamers cry themselves to sleep.

I can’t fault the game for being too difficult, though. The levels are well-designed and the controls are pitch-perfect. I would have liked more abilities and more mechanics, but that would have turned the game into a Metroidvania, which probably wouldn’t have worked as well. Even so, some extra abilities to unlock could have made the levels more exciting as you progressed through the various dimensions.

Instead, we have a puzzle platformer with tight pacing and excellent controls. It’s not afraid to make you feel like the difficulty is a black hole itself, but it will reward those who persevere. 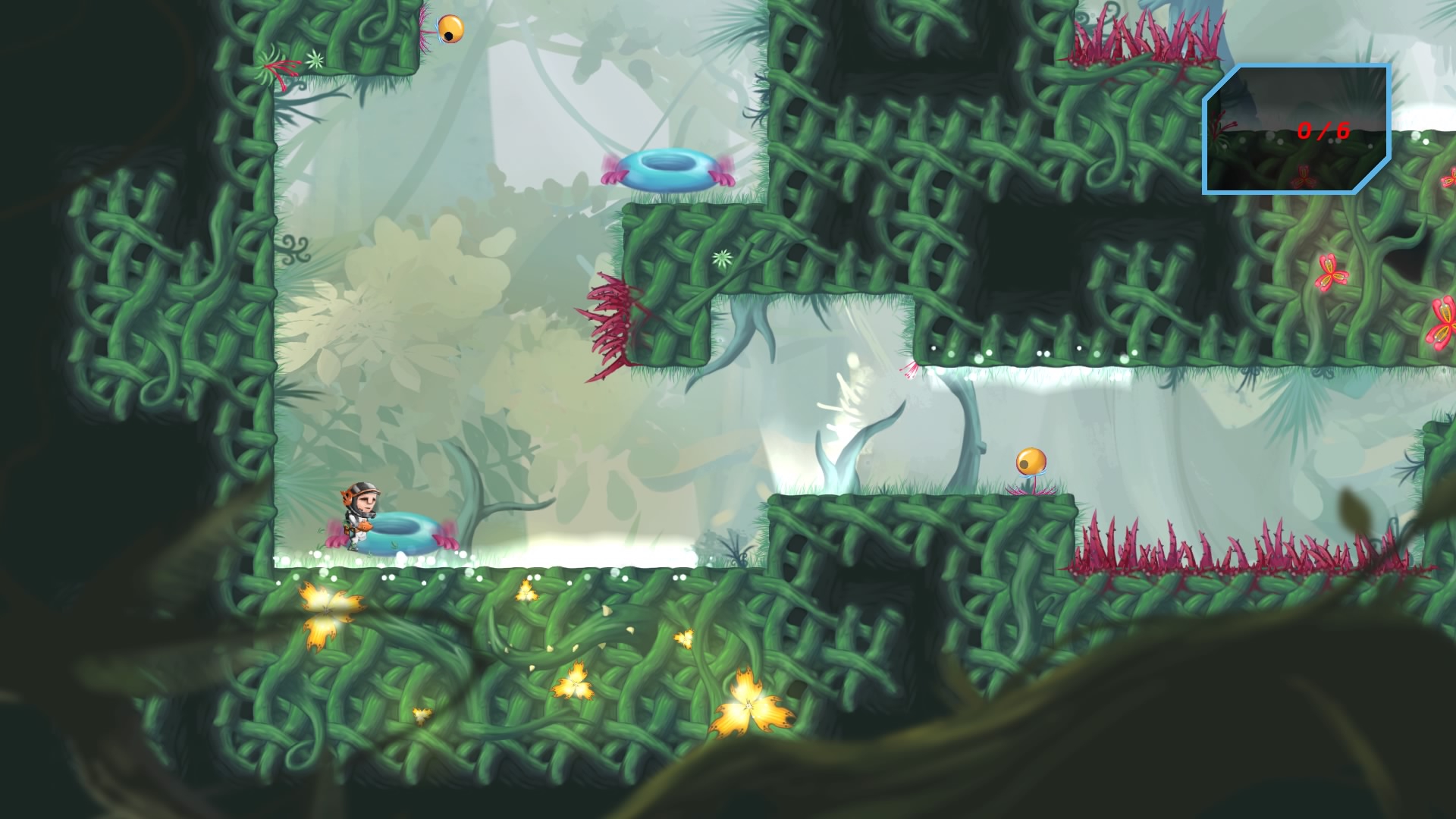 BLACKHOLE doesn’t go for anything too crazy with the presentation. The dimensions have a specific theme that repeats itself across the levels, and the characters are all small caricatures that have animated performances, but otherwise remain pretty static.

It’s colorful and appealing to the eye, and things like gravity pads are displayed prominently for you to see, which is what ultimately matters. A special nod should be given to the voice acting, which is excellent across all of the characters.

Overall, I liked BLACKHOLE, but I won’t lie, it made me very angry on more than one occasion. This is a hardcore platformer in the truest sense of the word. If you’re alright with a punishing difficulty and you want a funny story to accompany you on your journey, this will be one black hole your wallet can’t escape from.