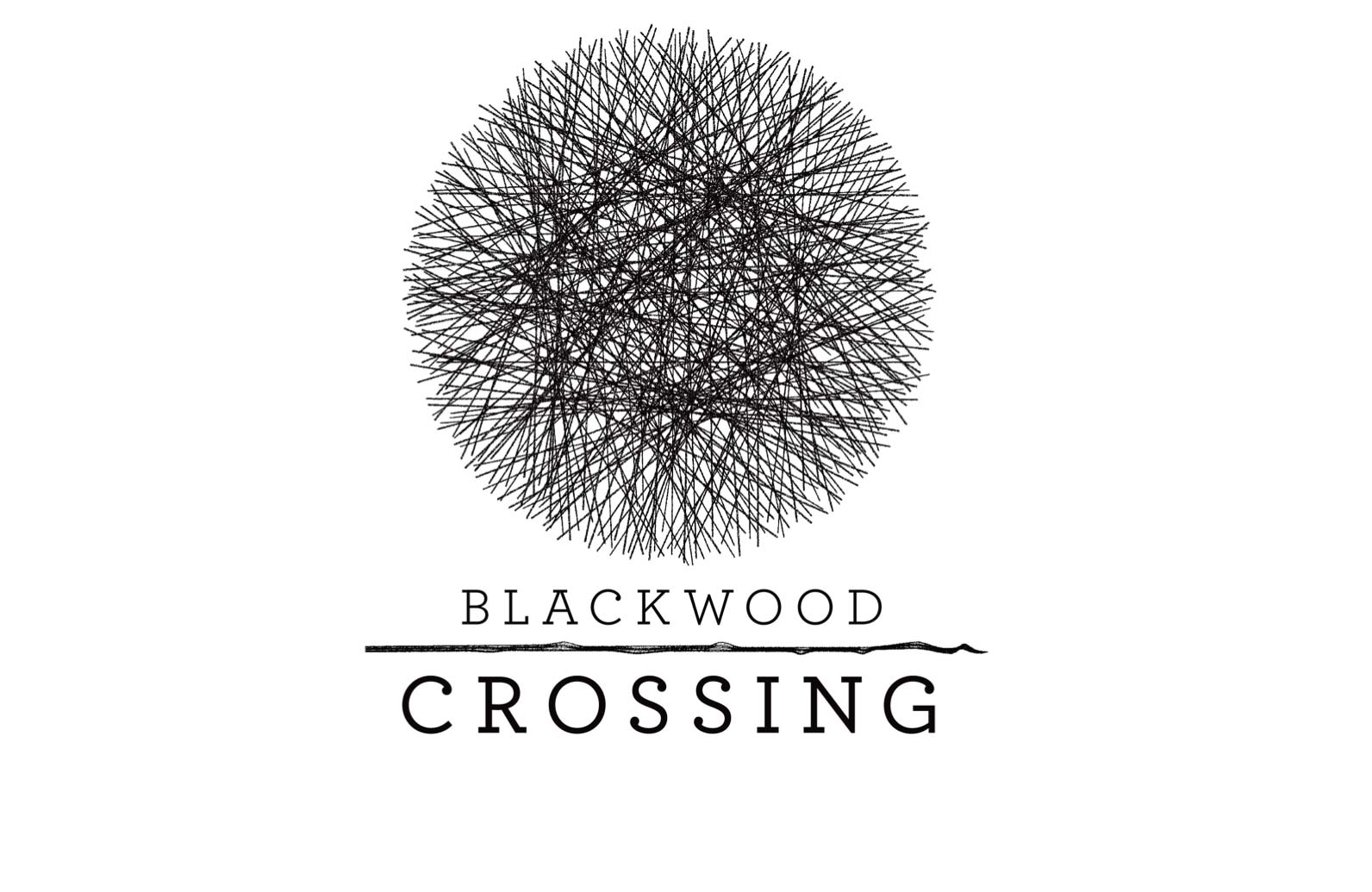 I can count on one hand the number of games that have brought tears to my eyes. It's very rare that I add a new title to that list, but I'm going to get this out of the way right now: Blackwood Crossing left me in tears. Now, many people may think that's a bad thing. After all, why would want a game to make you cry?

Why indeed, but that's why we're here. Despite the promise of sadness, should you jump into this story of love and loss in a beautiful and mysterious world, or is it not worth the pain? Grab your tissues and let's find out.

A Tale All Too Familiar Hits Home

Blackwood Crossing starts on a whimsical note. You play as a young girl named Scarlett who is in her teens. She wakes up on a train where her brother, Finn, leads her into a game of chase, Simon Says, and so much more.

It's a great opening that immediately pulled me into the world. It doesn't take long before things start to get interesting. A series of events leads you to wake up in that same train, again and again, while the world slowly becomes more and more odd and strange.

The rules of Blackwood Crossing are something that is constantly evolving. One moment, you could find yourself standing in a greenhouse, with the traincar still behind you, and others you'll find yourself somewhere else entirely.

The game effortlessly ties character development into its gameplay in a way that feels like it was woven by the hands of destiny. Your actions directly reveal more about Scarlett, Finn, and many other people who are directly connected to their lives.

It all fits together into a cohesive and beautifully written package. Everything ties into something else, and all of it work to the benefit of the story.

I'm keeping myself at arms-length here because of spoilers, but suffice to say, the puzzles manage to reveal more about the characters without ever feeling forced or cheap. It's all organic, and despite the uncertainty of the world the game portrays, it all fits together perfectly.

The story starts happy and fun, but soon meanders into darker territory. The ultimate revelation is something you'll probably see coming, but it's arrival is punctuated by a moment of incredible writing, voice acting, and artistic design.

Blackwood Crossing is a story deeply woven into its characters, all of which feel like real people. Despite it's magical world, it's also a story that manages to hit home in a way that I didn't expect.

Recently, I lost someone very important to me, and it was a loss that I knew was coming. I had a few days warning before the end came, and despite knowing, the ultimate end hit me like a freight train. The pain was indescribable, but the pain of moving on and accepting the loss was even worse.

Blackwood Crossing is a story that deals with the pain of loss and the journey of overcoming that gap in your soul. Learning to live with it, learning to accept it, and hoping that you did everything you could with the time you had.

It's beautiful, it's tragic, but ultimately it's something that we all can related to. It's a universal tale, given life through a breathtaking world and incredibly well-developed characters.

Blackwood Crossing combines several levels of interactivity and some really unique puzzle elements. While some of the gameplay features are surface-level, the game never takes control away from the player for very long.

These types of games can sometimes get swept up in the story and end up becoming a "Walking Simulator" as people like to call them, but Blackwood Crossing deftly sidesteps this pitfall by offering consistently interesting gameplay.

For example, one of the main puzzle mechanics involves listening to pieces of conversations. As you explore the area, you'll eventually see how these seemingly separate sentences fit together. Through this deduction, you can then match up the proper conversations and piece the story together in that area.

Other puzzles are more subtle, such as the game of Simon Says that happens early on in the story. All of them directly connect to the people and the purpose of the story in a way that simply makes it all feel rich and organic.

Blackwood Crossing isn't terribly long, it took me about 2-hours to finish, but it affect me in a way no other game has done in a long time.

A Whimsical and Mysterious World 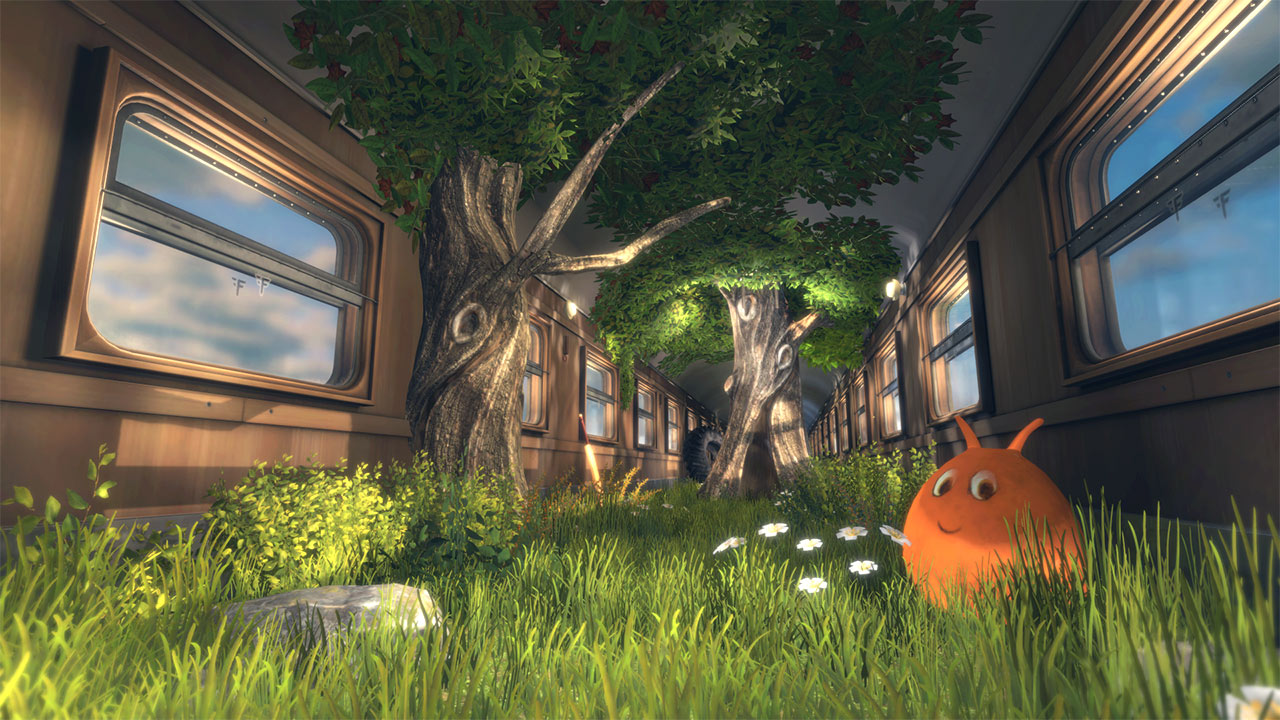 The graphics in Blackwood Crossing are gorgeous. The characters look like they leaped out of a Disney film, and the worlds you explore are bursting with lush colors and bright contrasts.

Pair this with a soundtrack that masterfully waxes between ambient tones, soft piano melodies, and ominous tracks. The song that plays during the credits "The Crossing" is the final stroke of the proverbial pen that left me devastated.

It truly is a joy to explore the environments you find yourself in, and the game rewards you consistently for doing so. Many trophies are tied to minor interactions that reveal more about the game's characters.

If I have any complaints about this game, it would simply be that the movement could feel loose at times. Scarlett kind of wobbles when she stops moving, but that's hardly a problem in the grand scheme of things.

That's purely nitpicking, though. For me, Blackwood Crossing and I shared something special. Through our mutual loss, I felt like the game understood what it means to grieve, to step back, and to see everything from a different perspective.

Yes, it left me in tears, and yes, it was deeply saddening, but that's not the point. The point, is that Blackwood Crossing helped me move on, and showed me the silver lining in something that all of us have faced in our lives.

That's a gift that very few games can offer, and something to be commended. Combine that with a gorgeous world and some great, if not overly difficult, puzzles, and you have a true masterpiece of storytelling.

I rate games based on their ability to reach the goals that they set out to accomplish. Blackwood Crossing pitches itself as a story-driven adventure that will take you a journey through a magical world, while also showing you the meaning of love, loss, and moving on. In that goal, it succeeds on every front.

It's not for everyone, but if you love the power that games have over storytelling, and their ability to connect with you through the interactivity of the medium, Blackwood Crossing will move you in ways that very few games ever can. For that alone, it deserves the highest praise.