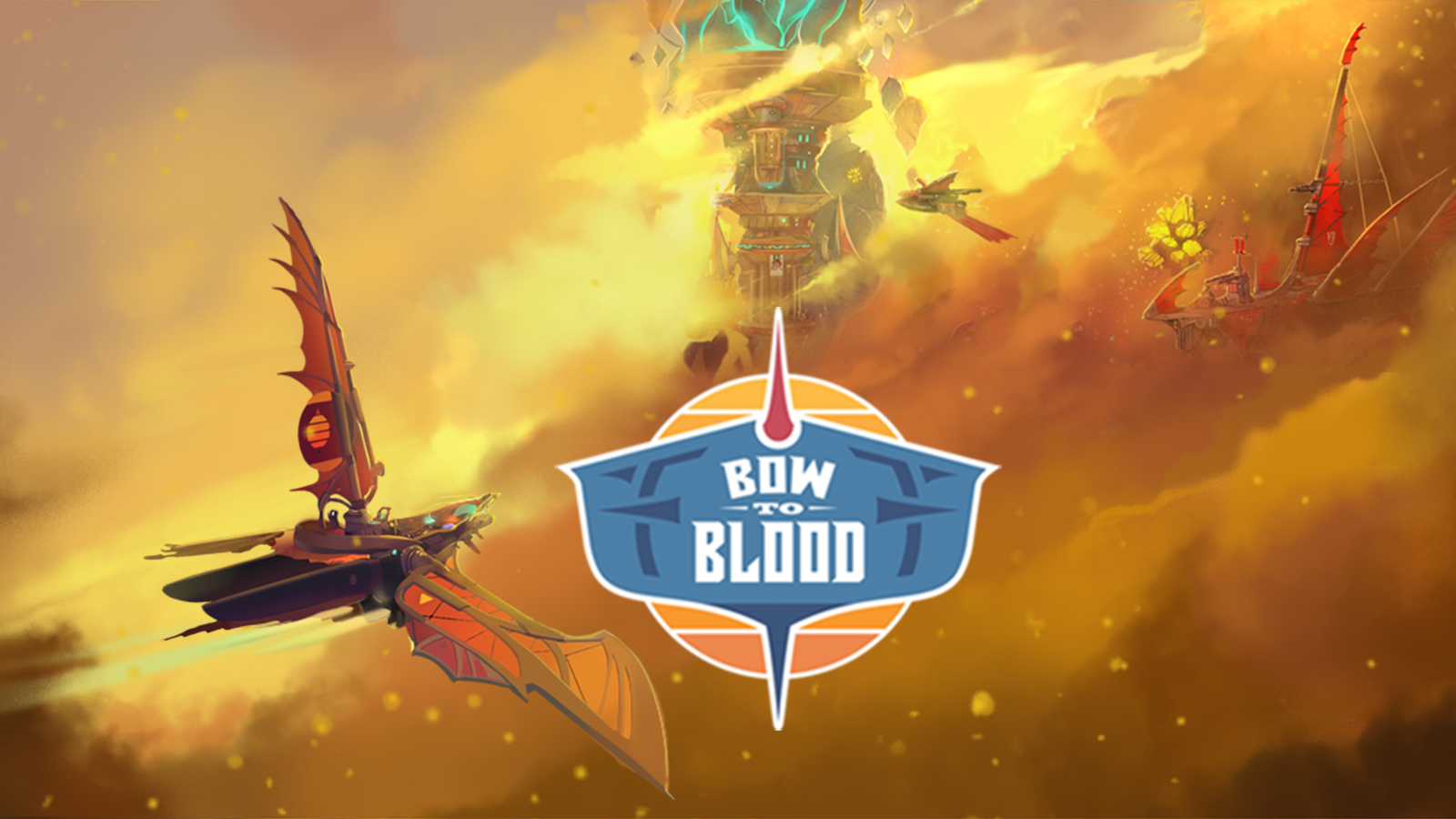 When I think about PlayStation VR, one of the first things that comes to mind is the idea of creating experiences where you pilot a plane, ship, mech, or anything in between. VR places you in the cockpit of massive vehicles for ultimate immersion. While this concept has been done a few times, Bow to Blood is here to take the throne.

As the captain of your very own airship that moves through alien skies like a pirate ship moves through water, you must climb the ranks in a futuristic game show where your relationship with the other players is just as important as your skills in battle. Let’s find out if Bow to Blood should be your next VR purchase, or if this game should walk the plank.

Layers Upon Layers of Nuanced Gameplay

When I first saw Bow to Blood, I thought it would be a multiplayer game with some cool ship battles, but that’s about it. You would be forgiven for thinking the same thing, but this title is actually single player only.

Now, I know that may anger some of you, but hear me out. In the uncertain waters of virtual reality, multiplayer only experiences are a big risk. There’s just no guarantee it will have a player base in six months, especially when you think about how VR is still catching on.

Given this, Bow to Blood is a single player action/simulation game where you play as The Freelancer. You are playing a interdimensional game show that consists of seven events split into multiple matches per event. Thanks to the permadeath and randomized elements, each “season” of Bow to Blood will feel different.

Not only this, but conversations between each match offer you the chance to strike up a bargain with other contenders or form alliances. You can also make more than a few enemies this way, but it’s here that Bow to Blood begins to show the layers in its strategy, and they extend beyond the battlefield.

When you’re in a match, the objectives will vary, but you’ll have full control of your ship from a perspective that places you behind a complex control panel. There’s an option to use the PlayStation Move controllers, or the DualShock 4.

While the Move controllers are better for aiming and pointing, the use of the face buttons for steering, speed, and pitch can take a lot of getting used to before you’re comfortable in a fight. The DualShock 4 remedies this, but I still think the Moves are the better way to play.

One thing I loved about Bow to Blood’s gameplay was the micromanagement. You’ll need to assign your two AI crew mates to different areas of the ship to boost efficiency or make repairs. You can route power to different elements of the ship like shields or weapons when you need a boost in that category.

There are even times when enemies will get close and you’ll need to pull out your trusty pistol for some quick attacks. The combination of weapons, drones, and micromanagement make the gameplay feel chaotic and intense in the best way possible.

There will be times when you’re travelling and simply taking in the sights, but during battle your hands will always be moving, and it makes for a very engaging experience. Between battles, text conversations with the other players in the tournament will offer you the chance to strike up deals or work together in an alliance.

Why would you do this, I hear you ask? Well, between matches the lowest people on the leaderboard are subjected to The Culling, which is where the other players vote on who should be eliminated. With this in mind, it’s easy to see how the politics of each “season” can greatly influence the outcome.

With procedurally generated elements and a rotating roster of players, Bow to Blood offers huge replayability. It’s also more than likely you won’t make it to the end of the game on your first try. The Move controls certainly feel clunky at first (mostly due to the lack of analog sticks), but once you get over this initial hurdle, Bow to Blood offers a rich and strategic experience.

A Striking World to Explore 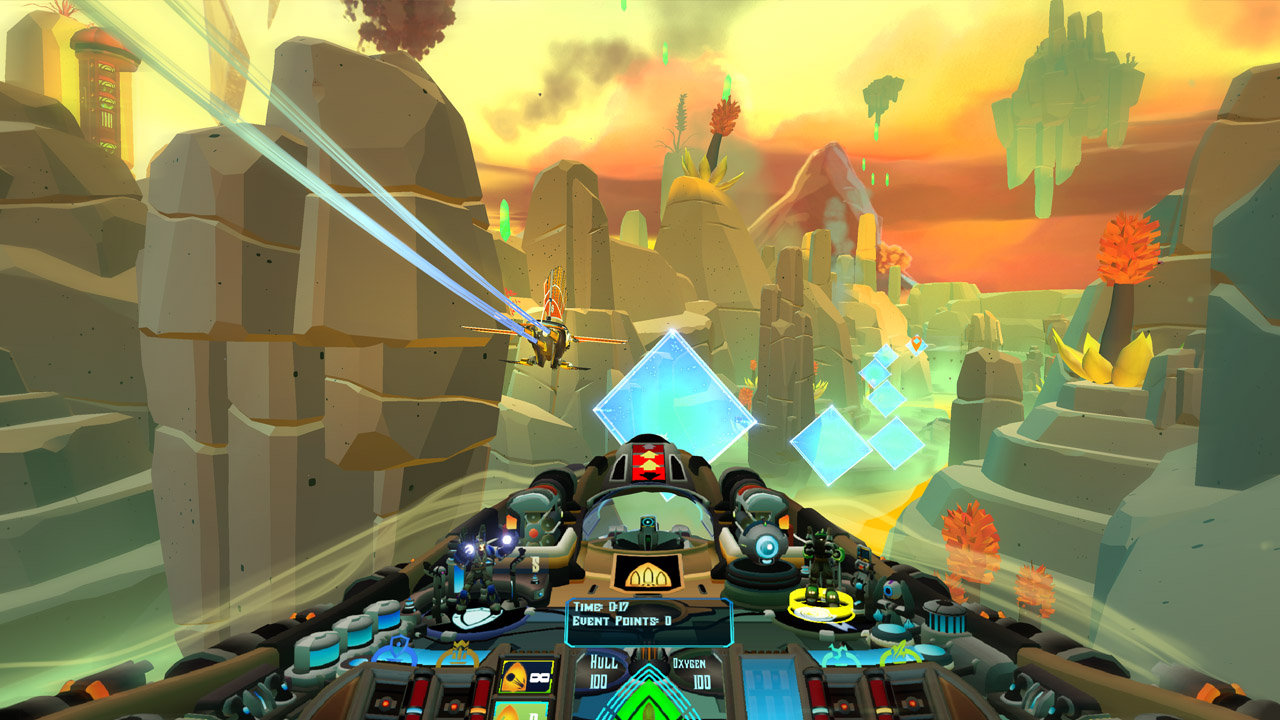 Bow to Blood’s presentation has a lot of great elements. The ship and the environments have a sharp and striking design, with plenty of vivid colors to go around. The writing and voice acting are also great as well. Your crew mates have solid personalities and their banter had me laughing more than a few times.

The lack of animated conversations or detailed character models during conversations seems like a missed opportunity in the sense that it could have lent more weight to the negotiations you have with other players in the game.

As it stands, you’ll converse with other NPC players through text conversations, with nothing but a portrait to distinguish them. While the conversations are well written and have weight to the gameplay, it would have been nice to have voice acting and animation for these to make the conversations feel more realistic.

It’s a small complaint, and a potential opportunity for the sequel. The effect of these conversations from a gameplay perspective is still very strong as it really boosts your strategic options outside of battle.

With a surprising amount of depth and replayability, it’s very easy to recommend Bow to Blood to almost any VR gamer. Don’t let the lack of multiplayer turn you off, there’s plenty here to scratch that competitive itch.