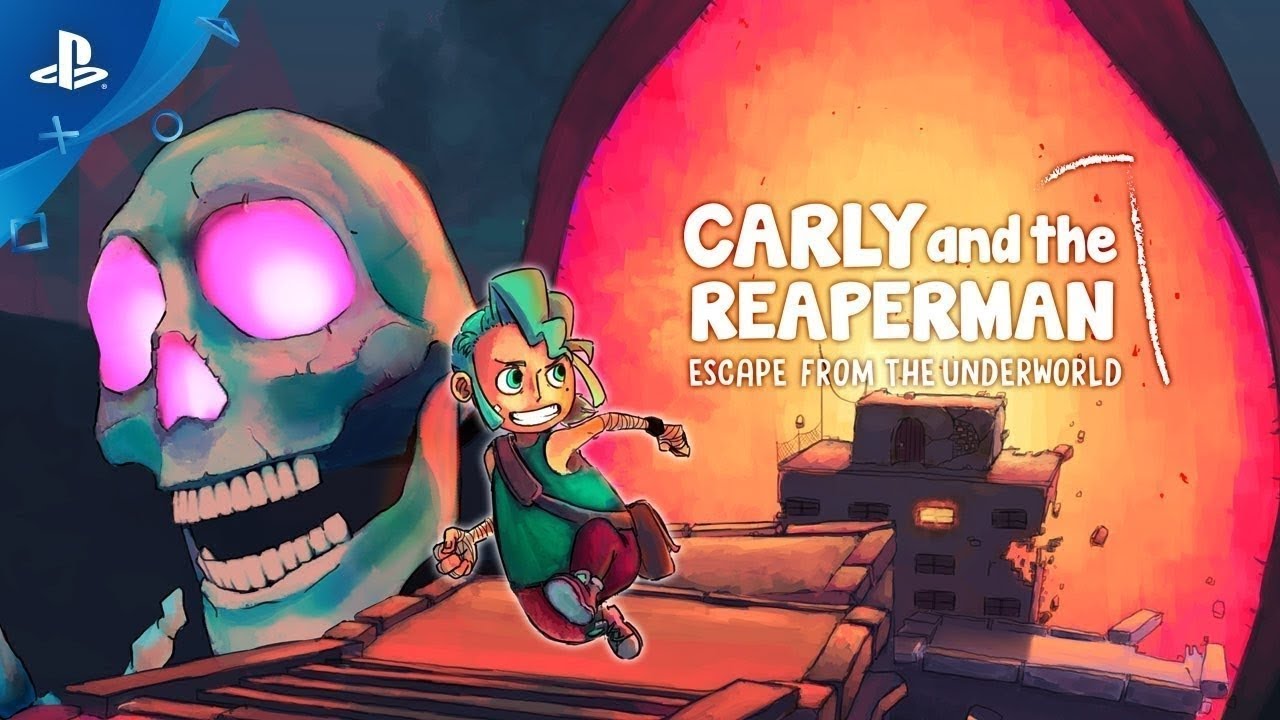 Working together to solve puzzles is perhaps one of the best ways to test your skills as gamers, and a great way to test your relationship with a significant other. Communication in situations like this is key, so what if I told you there was a new game that had you do it while one person is in VR?

Carly and the Reaperman: Escape from the Underworld is a new puzzle platformer for PSVR that tasks you with helping Carly through a series of levels by controlling her yourself in single player, or by splitting the tasks between yourself and another player in local co-op using the social screen. Will this reaper come for your wallet? Let’s find out.

Local VR Co-op is Back From The Dead

When PSVR was first announced, a unique feature was the social screen. This allowed others to see what you are seeing in the headset projected onto the TV screen as well. This also led to some really creative co-op experiences early on where one player focused on the TV screen and the other saw something entirely different in VR.

While Carly and the Reaperman: Escape from the Underworld can be played single player with a DualShock 4, the best way to play this game by far is local co-op. The VR player uses PlayStation Move controllers and the other person uses the DS4.

In this mode, the TV player experiences the levels from a third-person perspective and relies on help and hints from the VR player, who hovers above or beside the level as the Reaperman.

On a surface level, the VR player manipulates blocks of various shapes in the environment to create pathways for the TV player. Collectible orbs also offer addition challenge for those who want to find everything.

Building bridges is just the beginning, however. You’ll also use the blocks to keep hazards at bay and even utilize unique visual elements that require the players to work together. That last feature is one of the most creative uses of the social screen I’ve seen on PSVR.

I was playing local co-op with Christina (AKA my Player 2). We reached a point where I saw a path of blocks extending away from the level leading to a white crow and a sign that offers small tidbits of story.

“Walk across there,” I said.

Tensions were getting high, so I took off my headset. To my utter surprise, the path that I saw clearly in the VR headset was not there on the TV screen. This was not a mistake either, later levels have entire paths that require the VR player to guide the TV player across invisible blocks.

It’s brilliant, and requires a strong communication between the two players that only VR can provide. This was easily my favorite element of the game, but manipulating blocks to create bridges and pathways was also a great use of the Move controllers.

There are some small issues I came across during my time with Carly and the Reaperman: Escape from the Underworld. For starters, I had to start the game twice on some occasions before it would register the Move controllers.

In the levels, tracking would work perfectly for the most part, but at times the game would lose sight of the level, quite literally. To move the camera around in VR, you need to grab and push or pull the level itself to move yourself around. This works great, but a few times I would reach for the level and pull, only to be pushed backward instead.

This led to moments where I was thrown out of bounds, resulting in the need to restart the level. It’s an odd glitch, but the game has already received a patch since launch, so I’m confident this issue will be resolved in due time.

Despite these issues, the co-op experience in Carly and the Reaperman is superb. The levels showcase smart and challenging designs, while leveraging the power of VR to create scenarios where you need to work together using two different viewpoints. 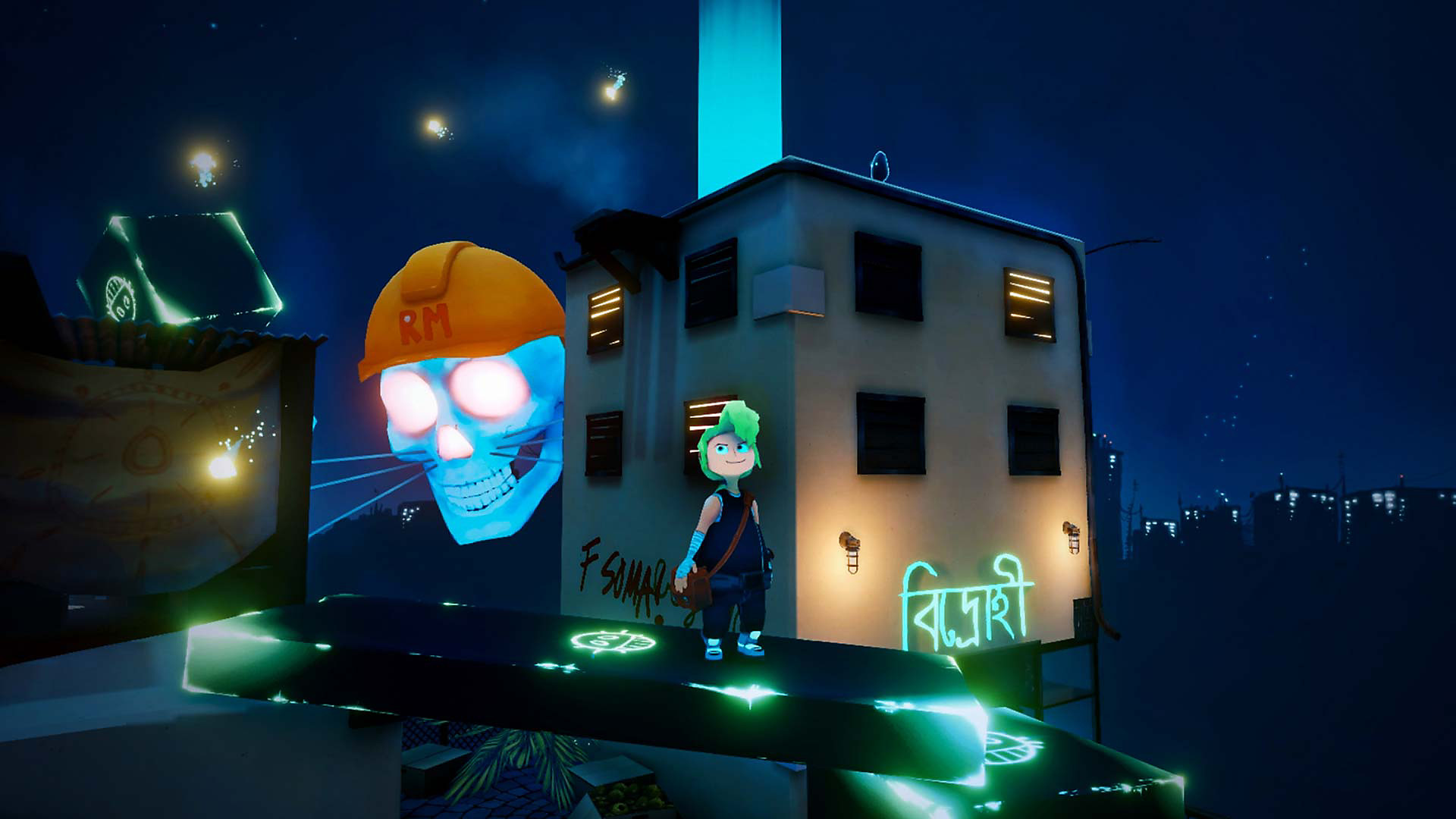 Carly and the Reaperman: Escape from the Underworld doesn’t do anything shocking with its art style or graphics, but both look quite nice in VR. Graphics were sharp up close and far away for me on the PS4 Pro, while the bright colors made for visually appealing levels.

Little touches, like the option to use hilarious reactions as Carly, or the ability to customize the Reaperman with various accessories and hats made the game feel more alive as well.

As a single player game, Carly and the Reaperman: Escape from the Underworld is good, but it truly excels as a local co-op game. The unique elements and clever use of the social screen make this an easy recommendation for those who like to play with their friends, family, or their Player 2.

A copy of Carly and the Reaperman: Escape from the Underworld was provided to PS4 Experts for review purposes.