You may or may not have heard of a genre of action RPGs called “clickers.” These games usually involve tapping your smartphone screen or your mouse repeatedly to fight enemies and progress. It’s one of those things that could easily be a boring grind, but with the right recipe, it could be something special.

Chicken Assassin: Reloaded is one of the first clickers I’ve played on PS4 and I’m convinced it’s one of the best in the genre. Seriously, this game will devour your time, so be forewarned. What makes it so special? Well, that’s a question that we’re going to need an entire review to answer.

Once You Pop, You Won’t be Able to Stop 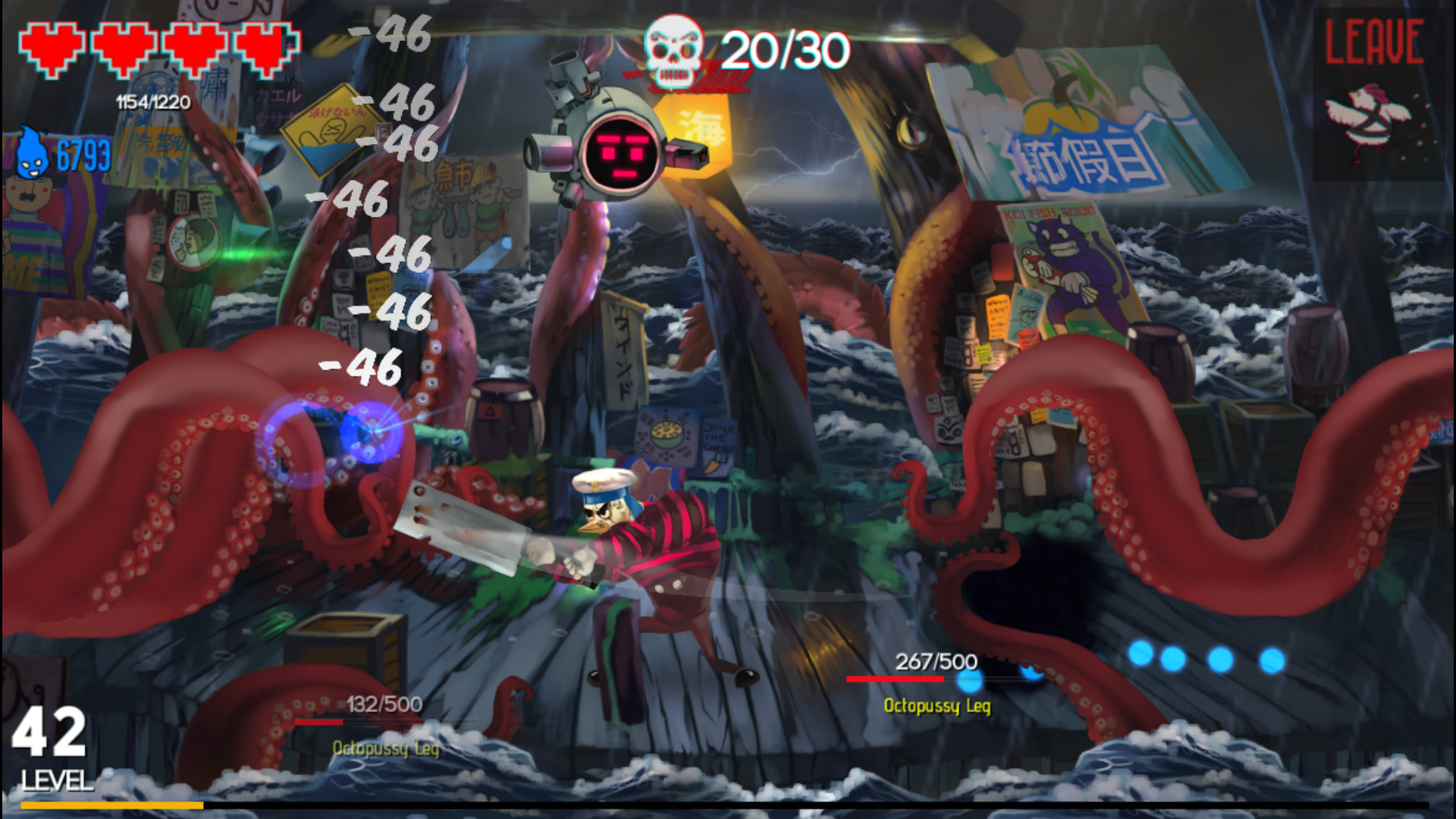 Chicken Assassin: Reloaded stars a badass chicken named Mean Mcallister. The developers describe him as “the living embodiment of what would happen if you combined Rambo, Foghorn Leghorn, a bottle of hot sauce, and a case of energy drinks together.” That statement is not only hilarious, it’s absolutely true.

I have never seen a chicken more awesome than this. The storyline is very simple, but it works as a framework for the rest of the experience. You’ll get short still-frame cutscenes with stylish text that illustrates the story prior to each stage.

Mean Mcallister’s girlfriend, Candy has been kidnapped and he’s going to save her at all costs. Jumping into the experience can be a little daunting, with menus surrounding you in the primary hub area, but you’ll get your footing.

In this area, you can use your reticle and the trusty X button to punch a cauldron and generate small amounts of the game’s currency for yourself. You can also purchase random items from a chest, some of which you can equip, and many others that are meant to be sold or traded at the black market.

Using the menu options, you can check out upgrades for yourself, your abilities, and other aspects of the game like how quickly you earn currency. There’s also a wardrobe where you can equip various outfits that offer specific stat buffs. Going off the stats alone, you’ll have some pretty insane combinations, but somehow they always look excellent.

Eventually, you will also unlock the black market where you can exchange specific items from the aforementioned chest to get additional bonuses. Finally, there’s a list of achievements that, when unlocked, can be redeemed for even more currency. At a certain point, you may feel like you’re drowning in money, but don’t worry, there’s plenty to spend it on.

When it’s time to jump into a level, you should go in expecting to die. Chicken Assassin: Reloaded is a loop of constantly fighting, leveling up, dying, getting better equipment and upgrades, then coming back for more. There’s a very tangible sense of progression as you continue to throw yourself at the game’s stages.

So, how do you progress through these waves? Well, as I said earlier Chicken Assassin: Reloaded is a clicker, and this is where the name comes into play. On the PC you click the enemies repeatedly to attack them. On the PS4, you move a reticule with the left analog stick and mash the X button to do the same.

And that’s about it. It sounds like it could get insanely repetitive, but the action in Chicken Assassin: Reloaded is so fast, so tight, and so addicting, that I had a much harder time putting the controller down than anything else.

It may not be a great fit for everyone, but for me, it was pure action bliss. Mixing things up with other attacks or special abilities on the face buttons could have added some variety, but I never really got bored of simple button mashing combat, just because it was so fast-paced that my mind was always racing.

Enemies come at you in waves from both the left and right, with bosses to account for as well. There aren’t a ton of stages to choose from, but you’ll be playing them more than a few times to get through all 20 waves, despite the fact that it only takes 10 plus a boss to unlock the next one.

When you boil it down, Chicken Assassin: Reloaded is a pitch-perfect combination of simple controls, breakneck pacing, an avalanche of loot, and a massive serving of style. Simply put, it’s insanely fun. I also give the developers points for a very budget-friendly price tag. The game only costs about $7 at the standard price. 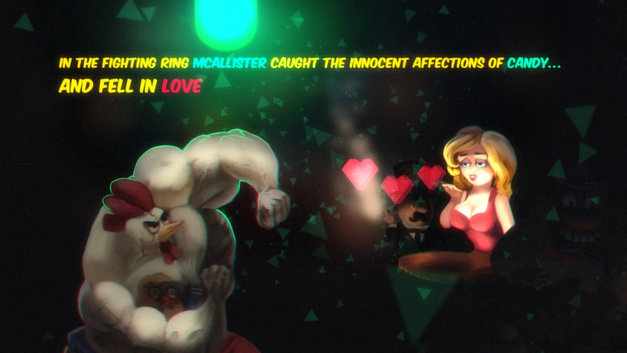 Chicken Assassin: Reloaded is one of the most stylish games I’ve ever played. It has an amazing graphic novel style and a complete irreverence for anything normal. Seriously, one minute you could be fighting waves of gangsters, and the next you’re wrestling with angry mermaids.

It’s an assault on the senses, but it looks absolutely beautiful in motion. Watching damage numbers fly off the enemies as you mash the button gets the dopamine factories in your brain firing on all cylinders. Combine this with catchy music and plenty of visual variety, and you have one of the coolest looking games on the PS4.

More levels, maybe some variety to the combat with special abilities, and perhaps more of that hilarious wit in the story would have been nice, but for the price, Chicken Assassin: Reloaded is a no-brainer. If this sounds even remotely interesting to you, buy it. It’s the best $7 you’ll spend this year.

A copy of Chicken Assassin: Reloaded was provided to PS4 Experts for review purposes