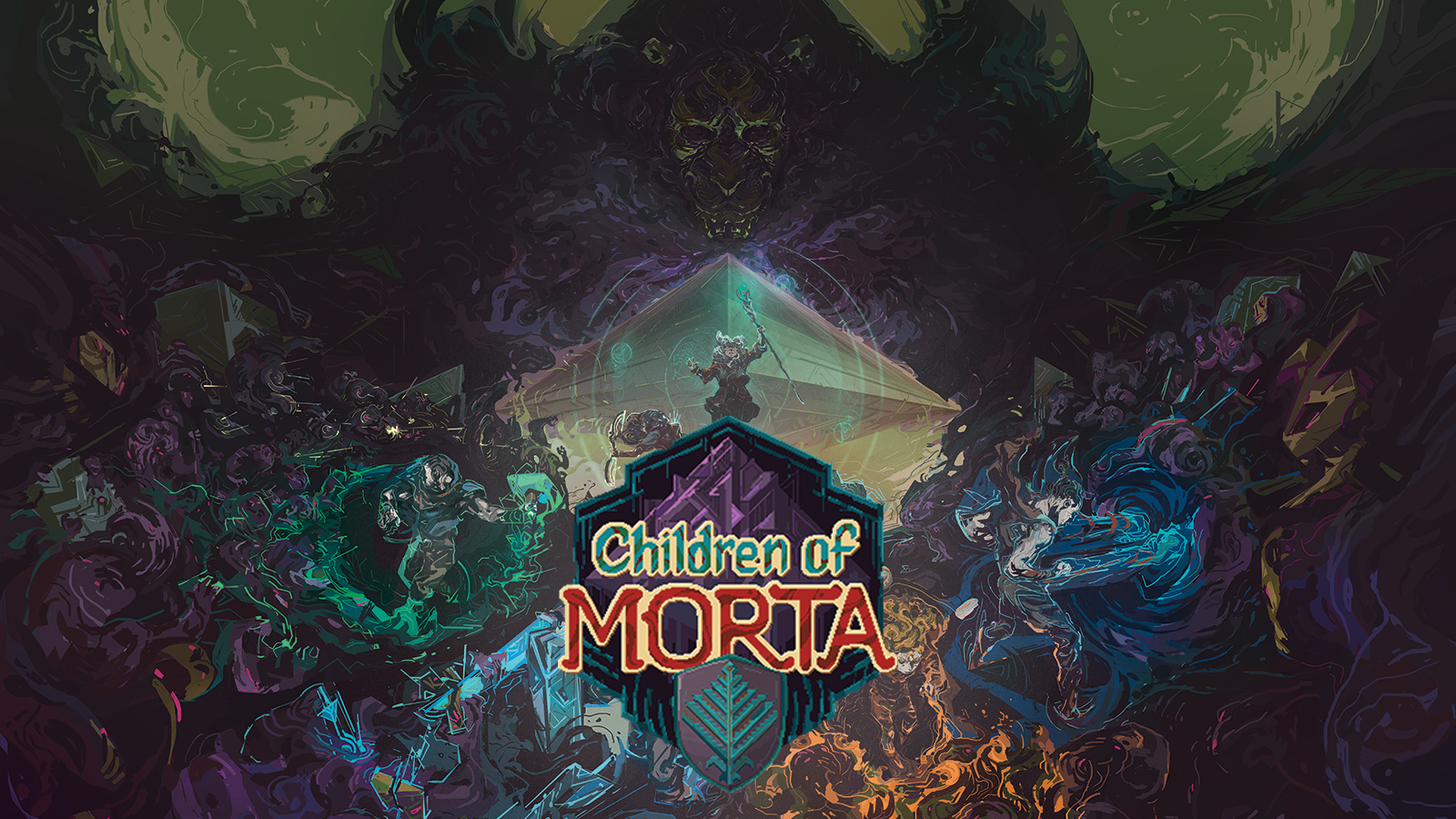 Both Roguelikes and Rogue-lites are the kind of games that often go light on story. After all, you’re going to be playing through it numerous times in an attempt to reach the end. Death is common in these games, but depending on the mechanics, you’ll still feel a sense of progression through each run.

Children of Morta made waves on PC when it offered a tight action RPG rogue-lite experience and a deep story that progresses even through death. Could a game like this tell a great story and manage to keep the gameplay fresh enough for you to come back again and again? Let’s find out if you should join the Bergsons in their fight against corruption.

A Reason to Come Home

Left unchecked, it is a thread that will destroy the world. Enter the Bergsons, a family that sets out to stop this threat before it spirals out of control. With multiple generations of the family living in a massive mansion, the game’s setup does an amazing job of building out the world and offer a high-stakes reason to dive right in. It even goes so far to explain how you’re able to run these dungeons over and over without dying for good.

Story in Children of Morta comes at you constantly outside of dungeons, but a good portion of it is optional if you prefer to jump right back in. You’ll enjoy cutscenes just about every time you come back from the dungeon, even if you only lasted five minutes. The ability to navigate the rooms of the house from an isometric perspective lets you find optional events you can view that further develop and enhance the relationships between characters.

All of this is done with the use of a narrator who absolutely nails a classic, gritty, and endearing fantasy voice. Some of the lines come across a little awkward, but the vast majority carry emotional weight and purposeful inflection that made each cutscene a joy to behold.

From a gameplay perspective, Children of Morta has a relatively smooth loop between story, upgrades, and runs through each dungeon. As you play through the story, you’ll unlock several different family members who have different fighting styles, weapons, and skills.

When you’re in the dungeons themselves, you’ll find health potions on occasion and items that imbue you with abilities active only for that run. These can be a godsend when you’re on your last legs, but for the most part you’ll need to rely on careful strategy and your skills to succeed.

There’s a nice mixture of abilities between the different family members, all of which offer both local and ranged uses. When you level up inside of a dungeon you can also immediately place skills into your tree.

Other upgrades to your stats are paid for with currency that you collect. You can purchase these permanent increases in the house that increase things like attack power, health, and movement speed. Being that this is a rogue-lite, you actually don’t lose your currency upon death. I know some will cry foul at this, but I think it made progression more consistent as a result.

As you would expect the levels themselves come in several different themes based on location and are laid out using procedural generation. Enemies also come at random, and sometimes do so with overwhelming force.

Thankfully, the controls feel responsive, though I wish the dodge mechanic recharged slightly faster, given the movement speed of enemies. Other things like interactive environmental elements also offer a way to damage enemies, but can sometimes blend into the background to the point where they do more harm to you than anything else.

Finally, I would be remiss if I didn’t mention the inclusion of local co-op. While you can’t do this in the first mission, from that point on a second player can join in and play as one of the other family members. It works great and offers a more compelling way to progress since you can level up multiple characters at a time.

A Unique Identity and a World Begging to Be Explored 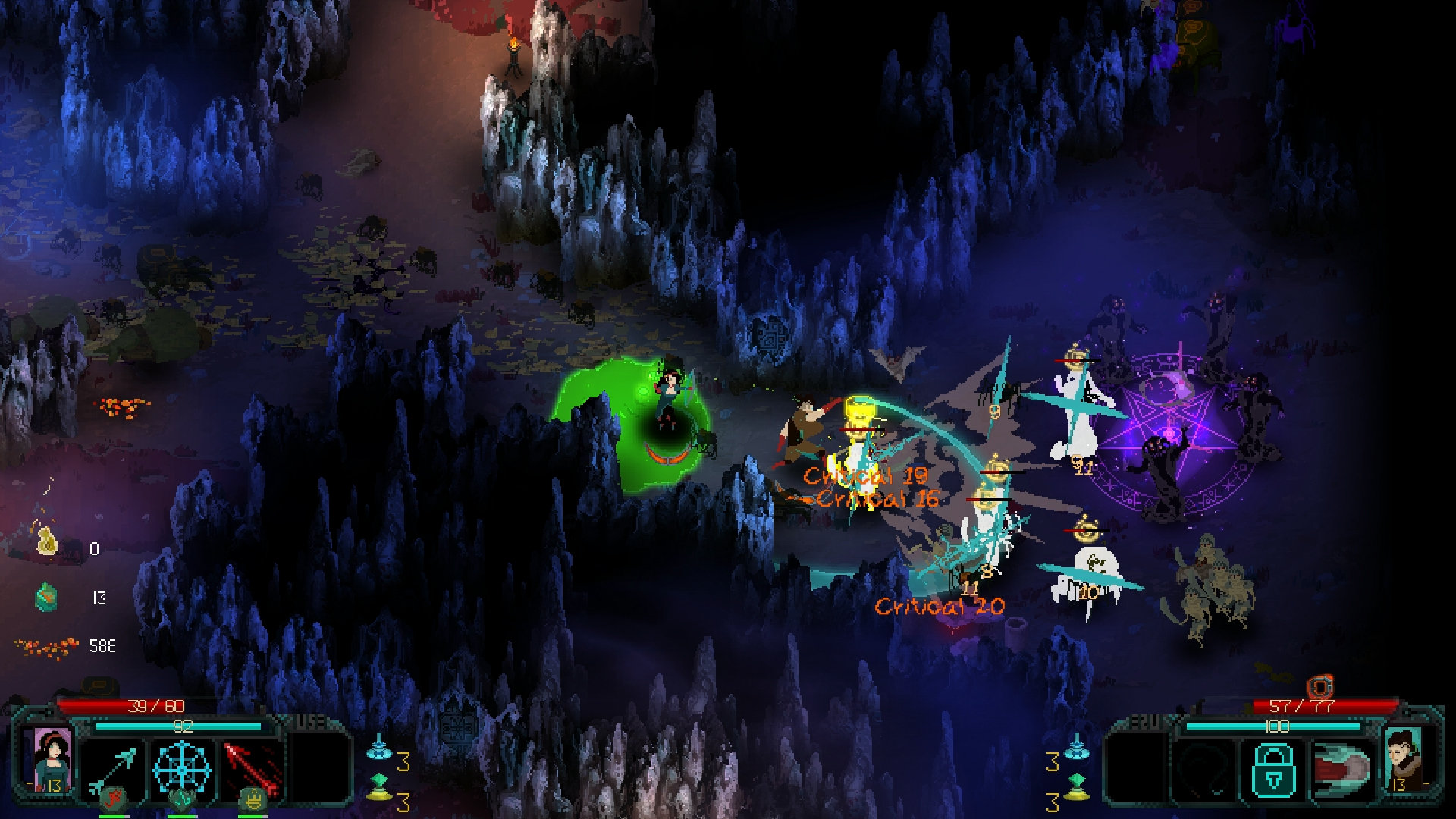 Children of Morta, like many titles in this genre, employs a pixel art aesthetic. What helps this game stand out, however, is a combination of immensely creative world design and incredibly smooth animation.

The game looks great in motion, and monster designs are varied enough to be interesting without being impossible to gauge their movements. The use of vibrant colors makes everything come to life with bold effects and animations.

As someone who has been dying for a rogue-lite with a great story, Children of Morta delivers and then some. While it may not be as deep as some would like, or maybe not as difficult as others would prefer, I enjoyed my time with the Bergsons. Even if multiple runs can become repetitive in the dungeons, you’ll always want to come back home.

A copy of Children of Morta was provided to PS4 Experts for review purposes.