Crash Team Racing is back and it’s better than ever! When the Crash Bandicoot N Sane Trilogy dropped, gamers were heard round the world asking for a CTR remaster. Low and behold, Activision and developer Beenox, came through and delivered.

Crash Team Racing - Nitro Fueled, is a game that should be experienced by longtime and new fans alike. It’s an absolute treasure that will bring hours of fun both off and online.

CTR - Nitro Fueled, offers something for everyone, unless you hate racing games altogether. Between playing solo, online or up to 4 player split screen, those 3 options alone, cover a lot of ground. While the online component has had a rocky start thanks to servers crashing, it’s still fun to play online. The servers should be repaired soon and we will all be able
To drop in online with ease, fairly soon, according to Beenox. 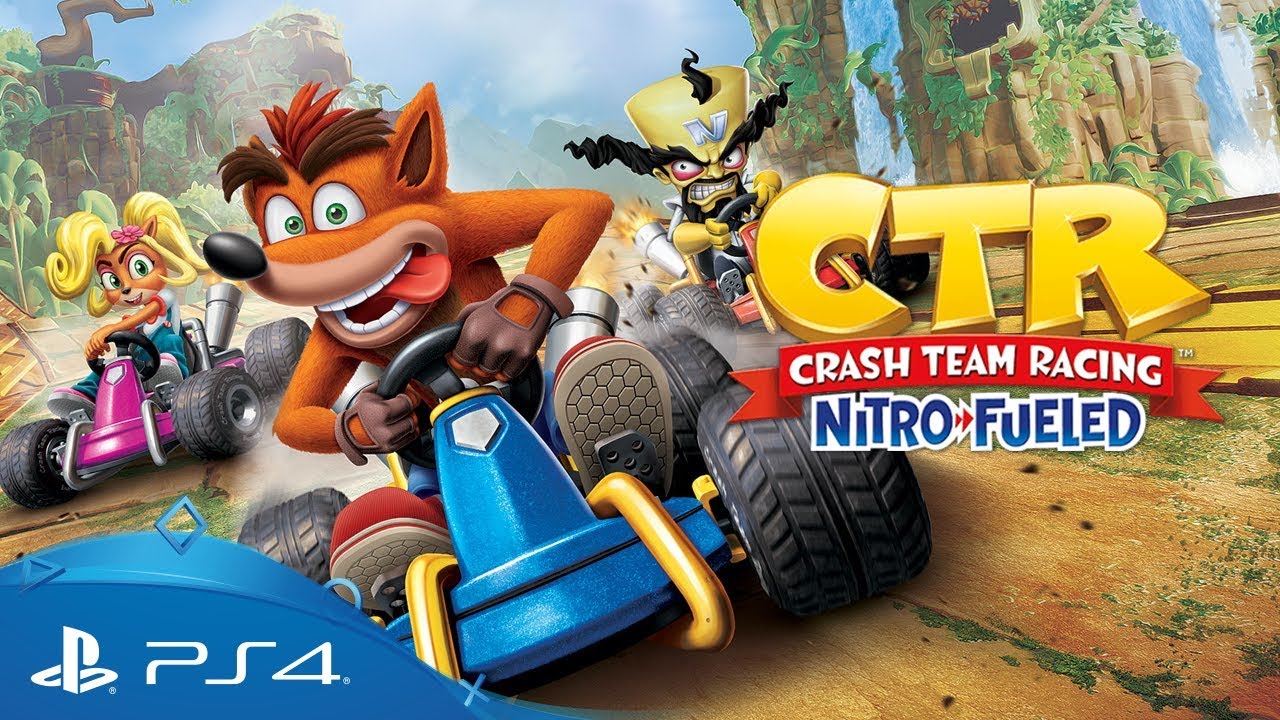 The game has a slew of characters to choose from and modes to play through. I am going out on a limb here to say this though, it is a not an easy game. The AI is pretty decent within the races. Almost too good of drivers. Playing through on a medium setting, felt like I had put the setting to hard. I admit, I’m pretty rusty with game and I don’t play a lot of racers, but my lack of playing these types of games have nothing to do with how difficult the AI can be.

I have not played the game on any other, so I can’t tell you the difference between easy and medium mode, but I can only imagine just how difficult hard mode must be. How you choose to play will ultimately decide the outcome of the races. I found that I had to really play as if it were a traditional racing game in regards to how I drove my vehicle, which could distract me from using items I picked up and remembering that there was much more to this game than simply speeding around a course.

Honestly, the AI plays a little dirty in my mind. When solo, I felt as if the AI was only out to get me and not really attempting to beat each other. An alliance of 7 racers, trying to take down the only human in the lot. I’m not sure if the game was designed that way on purpose or if this is just how it turned out, but I’m not really complaining. I’m really just to give honest thoughts based on my experience. As far as multiplayer goes, as I said before, there has been a lot of trouble with the servers and it should be fully functioning soon. When I did manage to play MP, it was pretty fun. I didn’t come across any toxic players as luck would have it. I made a few friends along the way found that the competition wasn’t as competitive as I would have expected. People had questions and were looking for advice to improve their skills. I suppose all that will change as people become more familiar/comfortable with the game. It was nice to bump into players that just wanted to have some fun. We don’t see enough of that these days.

I am giving Crash Team Racing - Nitro Fueled, an 8 out of 10. It’s easy on the eyes in terms of graphics, plays well and offers up relentless AI that wants to win as much as you do. With a little practice under the belt, you’ll find yourself winning races and enjoying the game as it was intended to be. What was it intended to be? It’s intended to just be some fun for everyone!