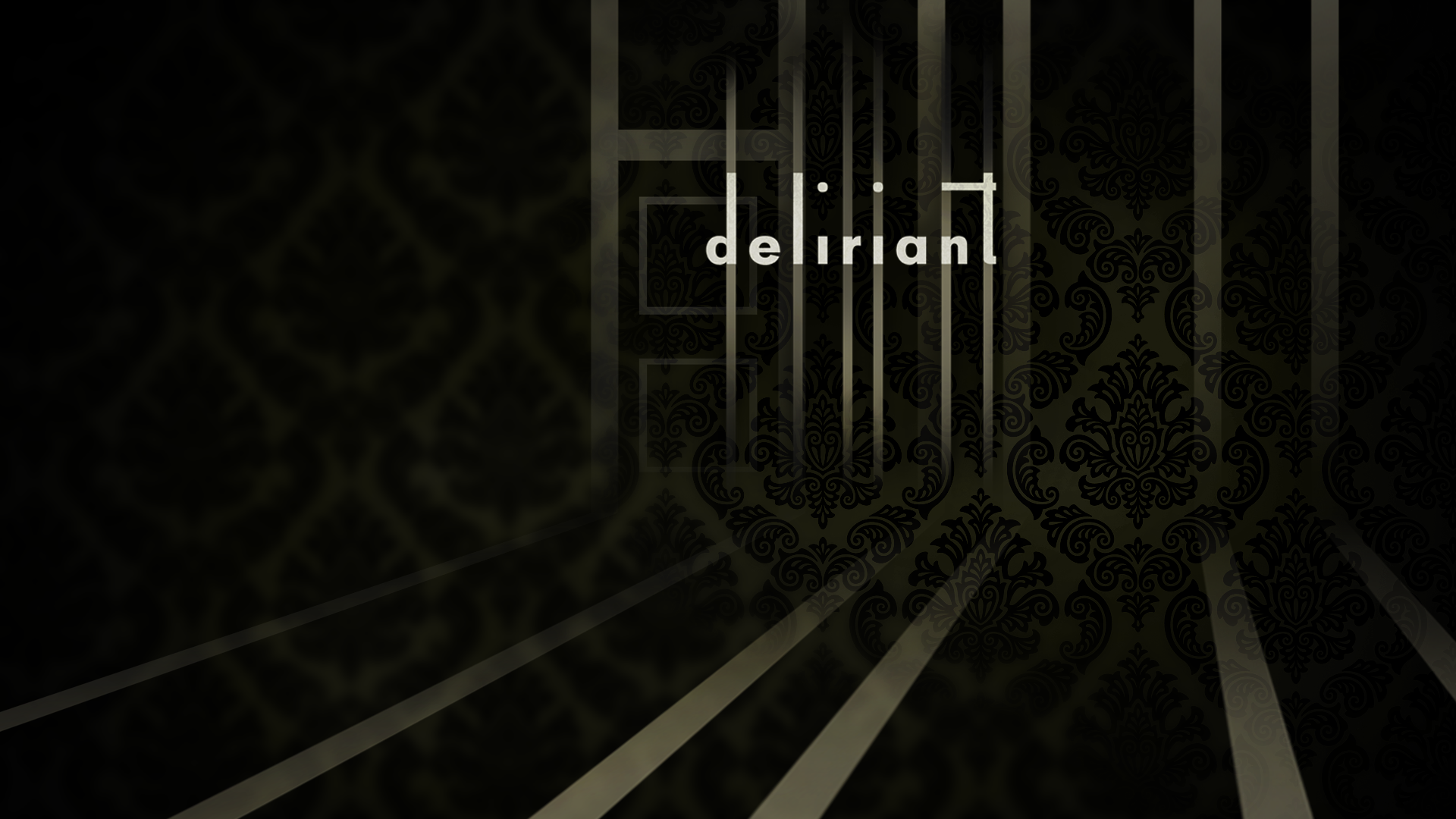 Deliriant is a new experimental game for the PS4 that allows you to explore the rooms of an empty home and interact with just about everything you find to better understand the people that lived there. It’s short, probably something you can finish in under an hour, but it’s also $1.

How does one review a game like this? As the final project of a group of students, Deliriant is both a game and a piece or art made by a small team who wanted to do something different. Assigning a number to something like that is no easy task, which is why it’s very important that you read this review from beginning to end. Don’t just look at the number and move on (honestly, you should never do that), but instead let me explain how Deliriant is well worth your time and hard-earned dollar.

A Story Without Words That Goes Beyond The Game

The “experimental” aspect of Deliriant comes from the fact that the game never utters a single word. Instead, it seeks to tell its story through the environment and the spaces you explore. It’s entirely non-linear until its final moments.

As a result, what you get out of Deliriant is exactly what you put into it. My first play-through of the game, I looked at various items and read a few things, but otherwise I just kind of meandered through the house like someone casually walking through a museum exhibit.

When the intense and abrupt ending came, I was left confused. So, naturally, I took to the internet to see if I could put the pieces together. I came across an excellent blog post (which you can read here) that explained the inspiration behind the game, and went into more detail about the game’s team.

When I read this post, it all made sense. The symbolism of the game’s storytelling, and the ending all became clear. Now, I know what you’re thinking: “Oh great, the game doesn’t make sense unless you do research?” Now, I didn’t say that. You can get a lot out of Deliriant’s story if you carefully examine the environments you find yourself in, but it’s all about the effort you put in.

For example, on my second play-through, I stopped and used the triggers to zoom in on the text for the labels on books in the kitchen. One of them had a message on the back that began like you would expect but quickly shifted by telling me this dish wouldn’t disappoint the family the way I disappointed my mother.

Shocking shifts in tone like this are well-hidden in Deliriant, and require you to really look, but they offer even deeper insight into the true meaning behind the game. There’s surface level things to find if you rush it, but if you take your time, Deliriant has a lot of hidden details that most people will overlook.

Even as a fan of these types of games, I must say, it was more difficult than usual to figure everything out, which I think is part of the experiment at play. Can you tell an entire story like this? The answer, frustrating as it may be, is both a yes and a no. Yes, examining the details can really open up the layers of the story, but ultimately the “true” meaning is hard to grasp.

While I think it’s great that these students stuck to their guns and tried something different, I think a developer’s commentary would have been an excellent addition to this package. Even if it was just a track playing over the game as they explained their inspirations, it would have gone a long way towards helping people understand the “experimental” aspect of Deliriant.

As it stands, people may get confused or frustrated, but if you’re willing to dig deep, look for details, and maybe do a little light reading, Deliriant gives you a lot to think about for your hard-earned dollar.

Explore and Interact, With a Few Issues

Deliriant is classic exploration from a gameplay perspective. You can walk around the environments and pick up just about any object to look at it more closely. The default sensitivity is a little too slow, so I had to turn that up.

Once you’re holding objects in your hands, you can use the trigger to zoom in and read text or just get a closer look. There’s a couple things that annoyed me here. For starters, the rotation controls are hard to figure out. Using the right-stick to rotate objects is fine, but I could never figure out which direction would rotate the object how I wanted. It took trial and error to align objects where I wanted them.

Once I got the objects where I wanted them, I found it difficult to read some of the text, even when zoomed in. The clarity of the text seemed to be based on how the object was oriented in my vision, which required me to do some more trial and error to get things clear enough for me to read.

Beyond these points, the only other thing you should know is that, as of this writing, you start the game facing away from the entrance to the house. You’ll see a white screen, and all you need to do is turn right and you’ll find the door. The developers assured me a patch is coming to fix this, but it’s worth noting so you don’t think the game is broken.

Beyond my issues with the controls and clarity of text, the gameplay here works fine. It’s simple, but fits the needs of this genre.

A Story Told Through Visuals

The presentation in Deliriant is the experience. The game seeks to explore the stories that can be told through the spaces we inhabit. Beyond the story itself, this is the most important aspect of the game.

On a surface level, the environments may seem simple, but those who dig and seek detail will find it hidden in the text of labels or on the backs of books.

When you pick up or interact with objects, sometimes the game’s world will start to warp and twist. This is pretty interesting, but I did notice some visual glitches during my playthroughs.

For example, on one wall I saw some crayons on the ground. If I approached the wall at the correct angle, I could see a children’s drawing, but if I came at it anywhere else, the drawing would flicker and disappear.

This didn’t seem like it was intended, so I assumed it was a visual glitch, but there were only a few cases of this during my time playing Deliriant. This brings us to the final part of the review, and before we wrap things up, I must stress again that Deliriant costs $1 so keep that in mind when you decide if you want to try it out.

At a higher price, Deliriant would lose points for its length and for some of the technical hiccups and control frustrations. That being said, these things do still affect the experience. Given the current price point, however, I think we can forgive these issues, to an extent.

Why? Because for all of its quirks, Deliriant is a successful experiment in game design and storytelling. These students and this experience are absolutely worth $1, if only to support them in producing something bigger and better down the road.

For that dollar, you’ll also get a very interesting, if flawed, gaming experience that tackles the nature of storytelling, traumatic events, and memory as a whole.