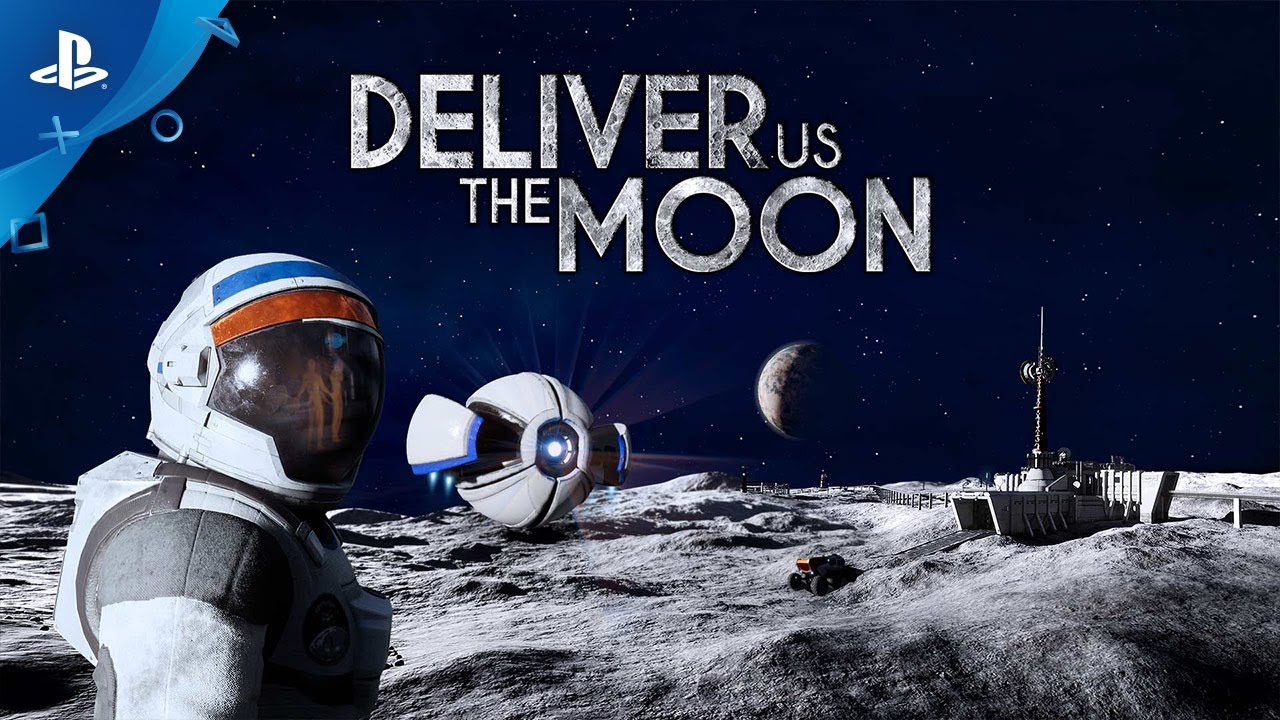 There are no shortage of games or films that take us into the infinite unknown of space, but very few are able to capture that perfect balance of terror, awe, and tell us a deeper story about ourselves or the nature of the universe.

Deliver Us The Moon, a new science fiction thriller for PS4, offers us a story that hits pretty close to home, and more than a few set pieces to get your blood pumping. Does all of this amount to an experience that is, quite literally, out of this world? Having watched the credits roll only mere hours ago, I’m ready to answer that question.

A Polished Experience With Some Craters in The Surface

Deliver Us The Moon sets the stage for an adventure worthy of the genre. The game is set several decades in the future, in a world where an energy crisis and climate change have left the planet barren and nigh inhospitable. Oceans have flooded parts of the planet, and anything not underwater has become a desert plagued by sandstorms.

The only sliver of hope in this world is a technology pioneered by colonists on the moon that harnesses a new element called Helium-3 to produce vast quantities of energy and beam it wirelessly back to Earth via a device called the MPT.

The only problem is that the power stopped coming some time ago. Communications ceased, and the moon went dark, leaving Earth to its own devices and ultimately doomed. This is where you come in. As a lone astronaut, you are tasked with flying to the moon on a rebuilt rocket ship to investigate what happened, and maybe, just maybe, restore the MPT to working order in an attempt to save the last bastion of humanity.

It’s quite the setup, and for the most part, Deliver Us The Moon nails its story. There’s a combination of in-game notes, books, and recordings for you to check out at your leisure, all of which build out the side characters and the history of the colony on The Moon.

You’ll also eventually get the option to watch holographic recordings of events, thanks to a device you obtain called an ASE. This little robot is incredibly useful from a gameplay perspective, but it also can show you these recorded memories in a fashion very similar to how the story was conveyed in Tacoma, which was another great space-faring story.

Deliver Us The Moon goes beyond titles like Tacoma though, and instead brings together more than just a narrative experience. The story itself really picked up for me during the last third of the game, and it wasn’t until then that I really felt invested in anything going on.

I wish that moment had come sooner, as some of the revelations would have brought more stakes to the table earlier in the title. As it stands, the mystery and allure do a good job of keeping you engaged, but it wasn’t until the last stretch of the game that I really found myself enjoying the story a lot.

Thankfully, the gameplay offers some pretty incredible highs, paired with a few unfortunate lows. You’ll play in both first and third-person throughout the adventure, switching based on the circumstances you find yourself within.

This is an ambitious decision, but it also opens up some pretty incredible set pieces throughout in both perspectives. This is also where we get into the aforementioned highs and lows. What’s frustrating is that the moments that work in Deliver Us The Moon rival some of the generation’s greatest set pieces, which makes the lows so frustrating.

Starting with the positive, I loved how the game incorporated puzzles and urgency into the experience. An early example is how you have to complete the launch sequence in a rocket ship before a dust storm destroys any chances of getting to The Moon. It’s tense, complex, and wonderfully executed.

Similarly, a later moment has you barreling through space in first-person like a scene from Gravity or Interstellar. Sparse oxygen canisters means that you’re always on the cusp of death until you reach safety. It’s the perfect marriage of tension and urgency.

Now, turning to some of the issues. Perhaps the most frustrating example for me is a segment where you need to navigate tight quarters in zero gravity, in first-person, while avoiding electrified surfaces all around you. The slightest mistake sends you reeling backwards, often into another electrified surface, at which point you need to reload. The loading times can be a little long, so this doesn’t help matters. I understand the thinking behind a segment like this, but the lack of precision in zero gravity, combined with the limited FOV and tight quarters just results in more frustration than challenge.

The same goes for some of the third-person segments, which rely on floaty controls and imprecise platforming. Again, it makes sense because you're in a low-gravity environment, but it’s frustrating to have your progress halted because you didn’t properly time your leap in a world where gravity is nothing like you know it to be.

The moments when death is knocking at your door, when your oxygen is running low, and the timer is counting down are some of the best moments I’ve experienced in recent memory. It’s just a shame that these are impeded by scenes that bring the pacing to a halt because of odd design choices or frustrating circumstances.

I’ll leave this point with a final note. There is a segment in the later portion of the game that requires stealth and I think it highlights my issues perfectly. It presents an unfair difficulty spike, given that you’ve never had to use stealth up until this point, and it’s not used again afterward. It just feels like one of those ideas that should have been left on the cutting room floor.

Given that Deliver Us The Moon is between 4 and 6 hours in total, I get why these extra scenes were included, but I would have loved to simply experience the best of what the game had to offer, even if that meant a shorter experience.

All of that in mind, when the credits rolled I was extremely happy I took this journey. The way the story concludes is excellent, and even though it took some time for me to warm up to it, the overall experience is a harrowing, tense, and suitably epic adventure. Playing Deliver Us The Moon on PS4 Pro is a largely polished experience. I was playing on a 1080p screen, but I opted for the 4K/30 fps option in the game’s settings. The reason for this was apparent when I looked at the 1080p/60 fps option. Even with a higher frame rate, the visuals were noticeably blurrier and the clarity into the distance was much worse.

If you’re playing on PS4 Pro, I highly recommend the higher resolution option. It presents a crisp and clear image with a steady frame rate, so you’re not missing out on much. One thing that did distract me was the fact that the game would hitch up for several seconds every time it autosaved.
This was annoying, but it never happened in the middle of a scene where I needed full control, so I was able to forgive it for the most part. In terms of the audio, I thought the music was solid and atmospheric, while the voice acting was strong throughout.

Deliver Us The Moon is an incredibly ambitious title that quite literally shoots for the stars. It does a lot of things right, and even if it had me more frustrated than I would have liked, it left me with a sense of awe and satisfaction worthy of a trip to The Moon and back.

A copy of Deliver Us The Moon was provided to PS4 Experts for review purposes.