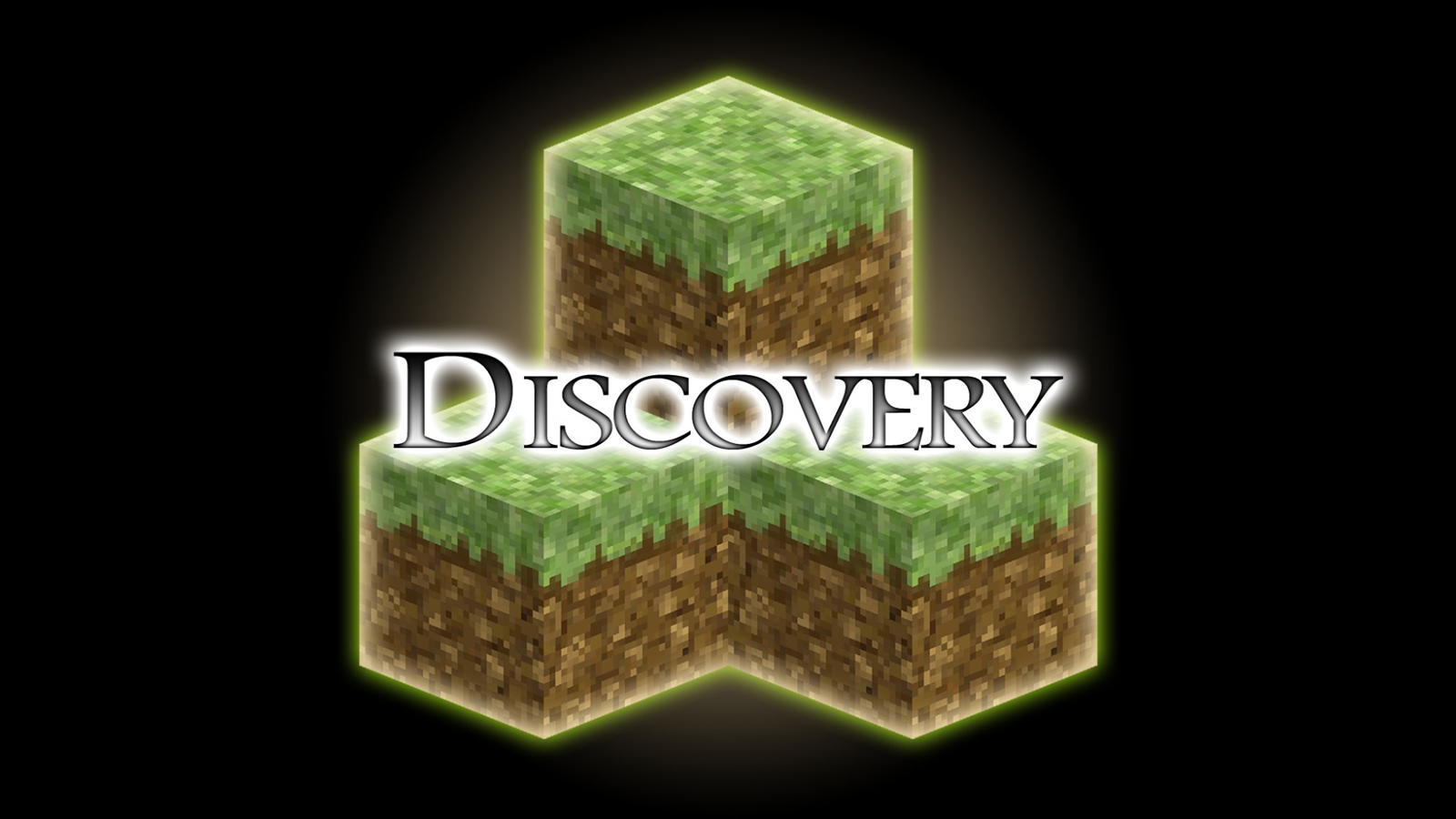 When you first lay your eyes on Discovery, it's impossible to not see the similarities to Minecraft. Both games use a voxel-based style of graphics where everything is made from large cubes, but Discovery immediately stands apart by offering a fully functional VR mode for PlayStation VR.

You can play the game on a standard screen as well, but the true allure here is the VR compatibility. Does this game discover the hidden piece that its competitors are missing with the inclusion of VR?

Discovery focuses on the act of creation. It does not have a survival mode or crafting and gathering elements. Instead, the world is randomly generated based on a seed and some settings. From that point, you can manipulate it as you see fit.

You can add and delete blocks or objects at will, and move around with complete freedom. With a simple button press, all of the game's materials are available to you.

It gives you to the tools and lets you run free with your ideas. There's no objectives, no story objectives, and no limits. You can run wild and create to your heart's content.

It's a premise that we've seen in other titles, but Discovery adds support for PlayStation VR, and it is here that the game truly elevates itself above the competition for me.

The Beauty of Creative Freedom in Virtual Reality

I'll be honest, I never got into games like Minecraft. Even with complete creative freedom, I just never felt compelled to spend hours making buildings or contraptions.

After spending many hours with Discovery in VR, I truly believe that a lack of immersion was the issue. On a TV screen, Discovery looks and plays fine, but it doesn't truly come to life until you're in PlayStation VR.

It's funny, because the first time I played Discovery, I was in the cinematic mode for VR, so I just saw a flat screen in front of me. I went into the options and switched things over to the VR mode, and suddenly the world was all around me.

Even simple voxel-based graphics take on a life of their own when you're surrounded by them. My particular world had a lot of mountains, and I enabled animals as well, so it had a bit of life to it.

In the sky, a massive planet with rings like Saturn hung over me. The sense of scope was excellent. As time went on, the day turned to night, and a moon hung over me as the sky darkened.

All the while I went to work building my mountain fortress. The way the menu projects out of your controller in VR made it incredibly simple and intuitive to select materials and get to work.

The cursor is attached to your controller in VR, and it works really well for the most part. I did have the occasional issue with selecting a specific block, but otherwise, it made deleting vast swathes of land a breeze when I needed to clear space.

As I went to work building my fortress, I chose a specific material for the walls and painted it red so it would stand out. I even put a name for my fort on the side of it using illuminated letters that I could place on the walls. 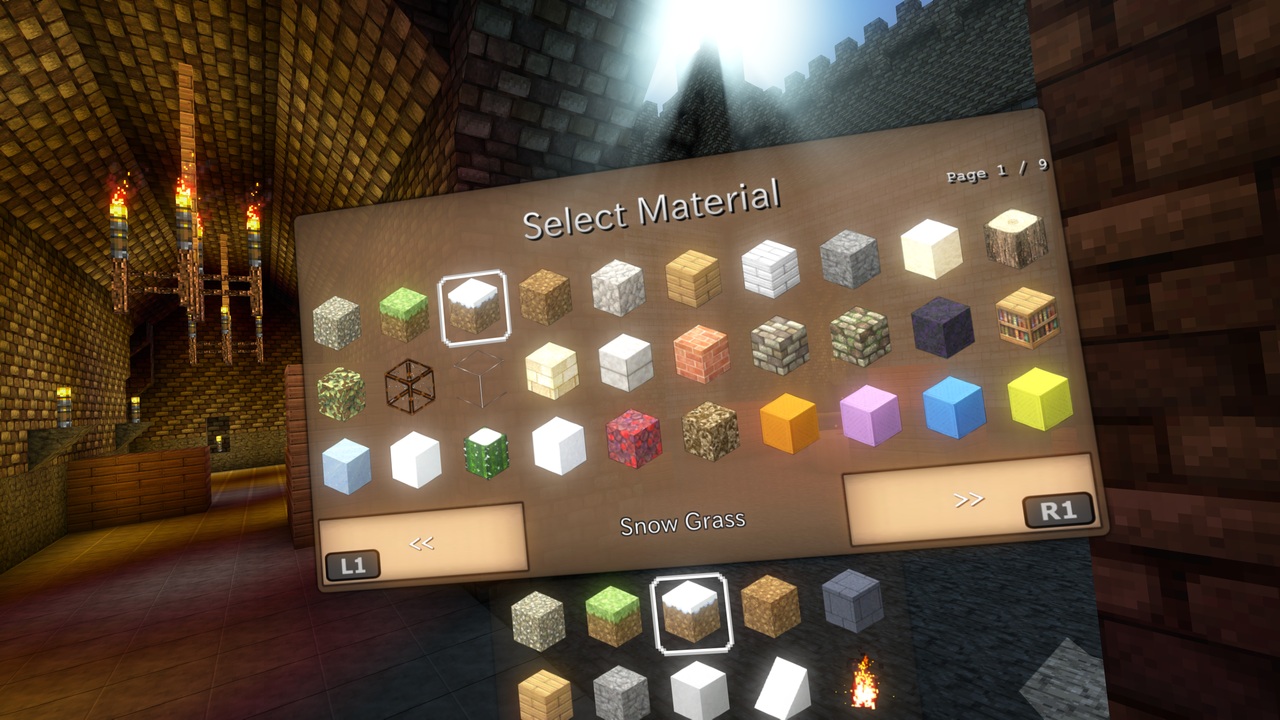 When you're moving around in VR, you can walk slowly or teleport to quickly reach places. The option to switch between walking and flying is also really helpful. Within a few moments, I could hover up and over my fortress to make changes from every angle.

Discovery's movement may be a little slow for some players, but as a result, motion sickness is a non-issue here. I rarely get sick, but I felt especially comfortable playing in VR here.

The real moment that clicked for me, was when I walked through the doors into my fortress. The light from my torches illuminated the room, and I was quite literally standing in the building I had made.

As I dug tunnels deeper into the mountain, I felt a sense of claustrophobia as I walked through the tight corridors. It was far more immersion and atmosphere than I had ever experienced in a block builder game like this one. VR was the key here.

I sampled Discovery outside of VR, and it works as intended, but I vastly preferred the virtual experience. It was where I spent the vast majority of my review time.

The game has a respectable amount of objects and materials to work with, but I would love to see more added as time goes on. The creation tools work very well. There are numerous hours of gameplay here for those who want to dig deep and make some unique things.

It does lack a traditional survival mode or complex mechanics that would allow you to make more impressive creations, but I still believe there's enough here to keep any VR player busy for a long time.

Discovery is a beautiful game in VR. Everything looks crisp and sharp. The skyboxes are gorgeous as well, offering great views during the day and night.

The soundtrack is actually very relaxing. It has a nice whimsical feel to it that makes your time in the game both interesting and serene at the same. If there's one complaint I have, it's that the music will disappear for stretches of time, leaving you in silence.

I would have preferred to have some kind of ambient music playing at all times, because what I heard I really enjoyed.

If you're a VR player looking to try out Discovery, I absolutely recommend it. The game is incredibly enjoyable and very fun to play on PlayStation VR. For those without VR headsets, it may not offer as much, especially if you've played the competitors out there.

In my case, I got to experience Discovery in VR, and I don't want to play it any other way.

A copy of Discovery was provided to PS4 Experts for review purposes. Version was tested using PlayStation VR and a PS4 Pro