Most in their lifetimes, get nostalgic for something that reminds them of their childhood. No one gets to enjoy nostalgia more than a gamer, not in this day and age. Thanks to the success of things like Arcade Archives, Atari Museum collections, remasters and more, gamers are treated to reliving a piece of their childhood.

Enter The Disney Afternoon Collection! If you were a kid (or even teenager) during the late 80’s, early 90’s, chances are you watched beloved cartoons such as DuckTales, TailSpin, Chip and Dales Rescue Rangers, and DarkWing Duck! Furthermore, you likely played the original DuckTales on your Nintendo Entertainment System, at the very least.

If you did not participate in watching these shows or playing these games, I am sorry. This was truly a golden age for entertainment. That being said, The Disney Afternoon Collection is available now, and waiting to scratch that nostalgic itch.

Bundled with 6 classic remastered NES titles, you will receive DuckTales, DuckTales 2, Chip and Dales Rescue Rangers 1 and 2, TailSpin and DarkWing Duck. You can check out the gameplay of each game, in the video montage below.

What's really great about these remasters, is how accurate they make the games look when comparing to the originals. A tube TV in today's standards, looks rather blah. While the graphics display in a much nicer manner, you still see the little glitches on the screen, the sudden line that would move vertically on the screen, right down to the pixel edges.

The only major change I have seen with these games, is actually a big one. The ability to rewind at anytime. You see, there is an alarming number of “softcore gamers” out there, and they can’t handle the 8 bit challenge. I don’t know who they are, but they do exist. They have complained that nostalgic games are too difficult and so they inspired the rewind button. Sad, but true.

All in all, I have had an absolute blast with all 6 titles and am happy to say, I completed them all without the need to rewind. I did test the rewind out after beating the games and it is a cool feature, but this isn’t Prince of Persia, and still feel it is an unnecessary feature. To each their own, no hate here. 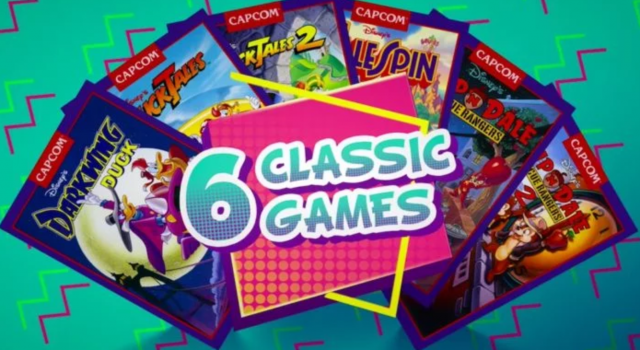 If you want to relive a little bit of your childhood, maybe some of your young adult NES years, or just want to try some games your parents played as kids, you should be sure to check out the Disney Afternoon Collection. Packed with 6 classic titles at $19.99 USD, it is a great value.

Did you play and or watch the Disney Afternoon cartoons, in this game? I know I did, and I will forever be fond of those memories. What are some of your favorite classics?