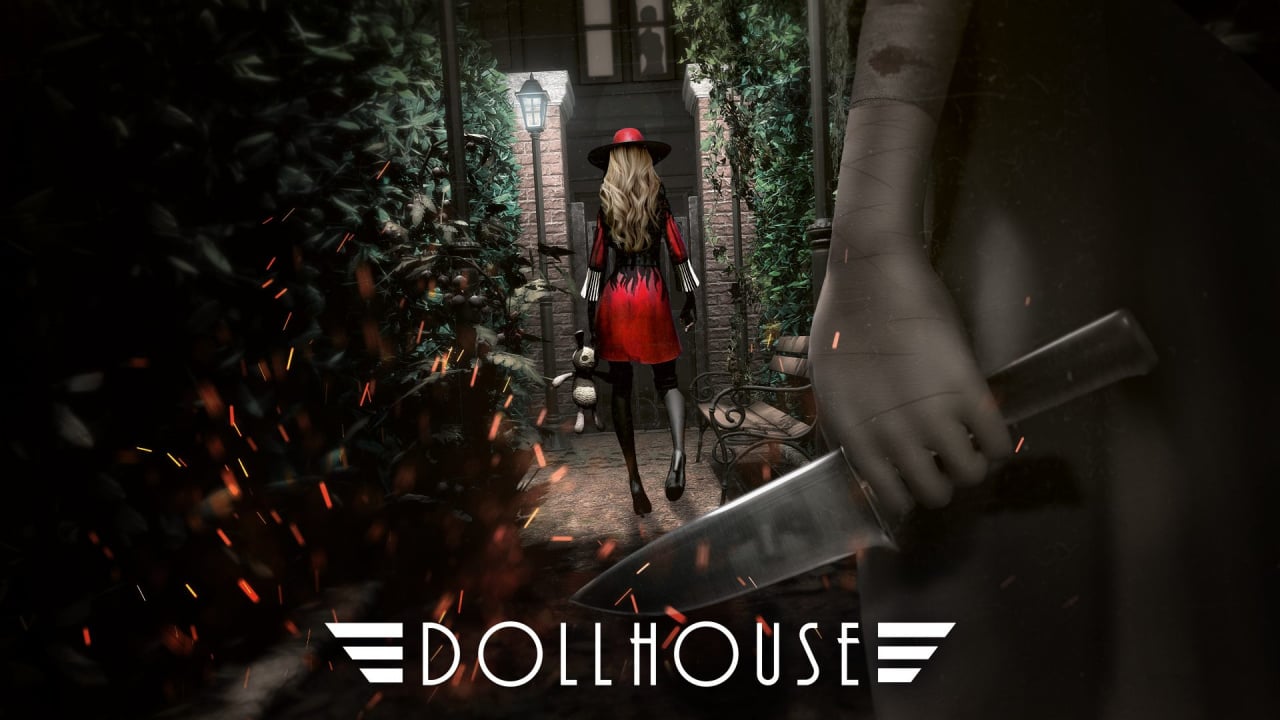 The tricky thing about horror is that it’s usually fleeting. Once you’ve been scared by a game, the next time you play it that scare is diminished. Some games have tried to get around this by procedurally generating the levels, thus making them different each time. Dollhouse on the PS4 is the next horror title to try its hand at this mechanic.

The game features a slick noir style and the promise of a story shrouded in mystery as you are constantly hunted by a doll monster. It’s a good setup for sure, but should you take time to stop and play in this Dollhouse, or is your time better spent elsewhere? Let’s find out.

Dollhouse is a game that uses your fear of the unknown and the tension of being hunted to keep you on the edge of your seat. You play as Marie, a detective who must uncover the secrets of her past by piecing together her memories, one by one.

She does this in various settings that act as randomly generated mazes. In these mazes you will find mementos, various items, and of course, the memories you need to proceed. The story is actually very intriguing and acts as a driving force for Dollhouse. The voice acting is solid, and the inspiration from Bioshock is very apparent in some of the elements (including a trophy that directly references Bioshock Infinite).

While the story does a great job of drip feeding you details, its the gameplay where Dollhouse loses a lot of its steam over time. The game features a campaign, a voyeur mode that removes all threats, and even multiplayer as well.

The multiplayer is quite interesting as it uses the cat and mouse gameplay to have players hunt different targets. There are also 14 characters with their own unique abilities in multiplayer, so this was a pleasant surprise. Of course, it’s longevity depends entirely on the playerbase, so it may not be a mode that has a lot of life down the road. That remains to be seen.

The campaign has you playing as Marie and offers a collection of different mechanics, some of which I liked better than others. Abilities are earned as you level up and can be used if you have enough consumables to trigger them. The ones you start with are the ability to see doors briefly and unlimited sprint, but others come as you play.

The goal of each level is to collect film reels that represent your memories and bring them to a machine that extracts them. As you do this, the doll creature hunts you constantly. Other mechanics play into the experience as well, including chalk that can be used to mark important places. This is especially helpful as the environments can be quite repetitive from a visual standpoint (a side effect of procedural generation).

You’ll also have the ability to analyze things like traps and mannequins to learn more about their abilities. Finally, charges that you collect allow you to trigger a flash with the touchpad that stop the main enemy and mannequins temporarily. In the case of the mannequins it dissolves them.

Between the mannequins that seem to move when you’re not looking and attack at random, and the main doll creature, you’re always being hunted in Dollhouse. You can trigger a sight ability with triangle that lets you see through the eyes of your pursuer, and this is the only way to trigger temporary markers for the memories in the level. It also reveals your location to the enemy.

The aforementioned flash is your only means of defense, and depending on your health, the enemy can kill you in one hit. Death causes you drop everything (including the memories you collected) and results in you having to find your body to get everything back. An odd design decision here is that the game doesn’t tell you where to find said body, so it can be quite frustrating.

If all this sounds exhausting and repetitive, that’s because it is. At first, these mechanics and the constant made Dollhouse a truly horrifying experience for me, but the harsh punishment for death and the constant search through mazes that look the same after a while became fatiguing very quickly.

Even something as simple as marking the location of your body when you die would go a long way towards helping these issues, but ultimately Dollhouse leans too far into random generation and makes its levels feel bland as a result. The maze concept is sound, and the chalk lets you get around based on your markers, but I think hand-crafted mazes would have been a lot more interesting to look at. This would have also offered the opportunity for level designers to place aspects of Marie’s consciousness into the level in twisted forms, something that would have deepened our connection to her character.

A few other sparks of light do occur between levels as you edit scripts and piece things together in very film-appropriate sequences. More mechanics like this would have been welcome as well to break things up.

While some of this can be fixed with patches, Dollhouse also needs an update to fix some of the game-breaking bugs I and others have seemed to run into. There are times when objectives don’t update correctly, and on one occasion I was locked in a room where the script didn’t trigger correctly, thus leaving me unable to progress and locked inside. I had to start the game over. Thankfully it was on the first level.

A Slick Noire Style Can’t Save Dollhouse from Repetition

There are some really interesting ideas in Dollhouse that offer a fresh take on the horror genre. The cat and mouse gameplay is genuinely scary, especially when you see through the eyes of your pursuer. I also loved the noir style and grayscale look with splashes of color.

The soundtrack is appropriate for the style, with great use of brass and trumpets to convey that noir feel. Repetition, however, sets in quickly, and game-breaking bugs really halt the momentum in a game that’s already only about 5-6 hours long.

There’s a good game hiding in Dollhouse, but it’s hidden behind some questionable design choices and bugs that are in desperate need of fixing. With a few patches, I think this one could be worth a look for horror fans, if just to see some of the great art, style, and horror gameplay, but as it stands I would be cautious about entering this Dollhouse.