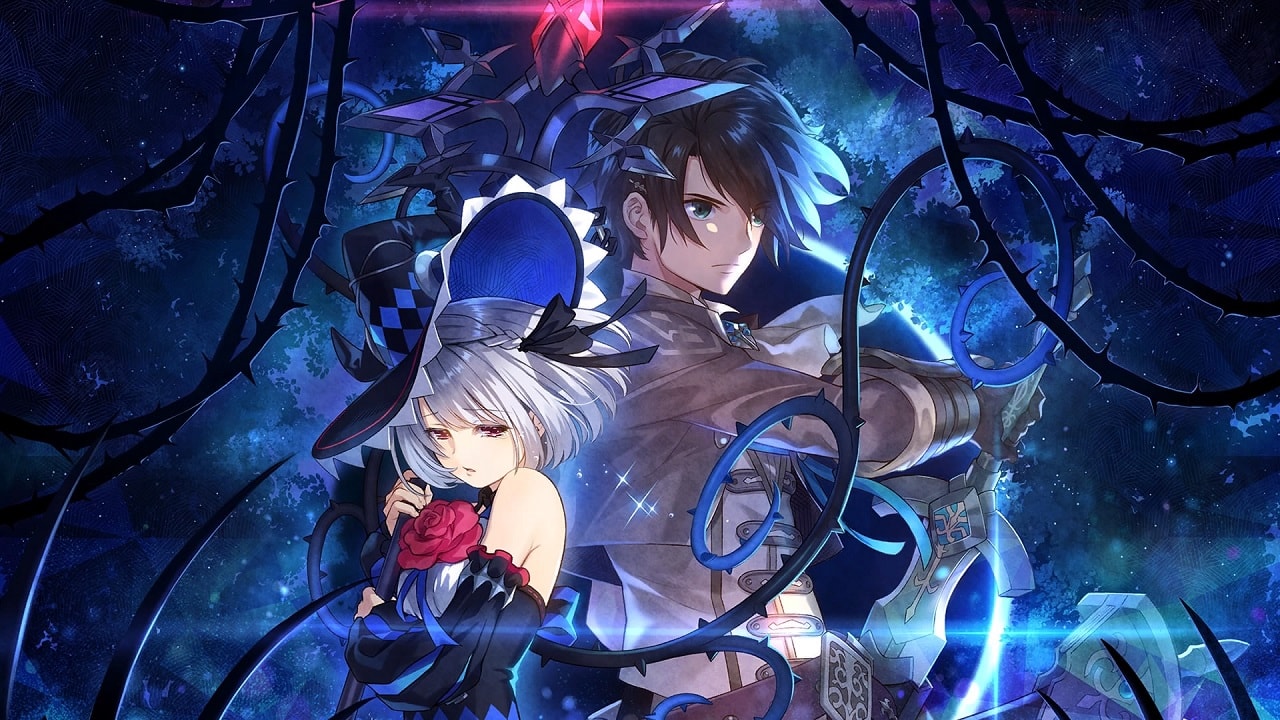 Dragons are a pretty standard staple in fantasy RPGs, so it’s rare to see a game that does something different with them, at least from a story perspective. In Dragon Star Varnir, witches are born with the curse of a dragon growing within them. When it reaches adulthood, it bursts forth from them in gruesome fashion, killing them in the process.

To make matters worse, witches are seen as a blight on the land and are hunted ruthlessly by the Knights of Requiem. In this adventure, you will play as both sides of the conflict and delve deep into this world. Will this RPG cast a spell on you? Let’s find out.

Coming off the heels of Compile Heart’s last RPG, Death end re;Quest, Dragon Star Varnir is vastly different in a lot of ways, and much of them are for the better. While I do recommend you check out the aforementioned title, Dragon Star Varnir has a stronger upgrade system and a story that moves a little faster.

Speaking of story, this RPG is set in Varneria, a kingdom where dragon bones dot the landscape and a war rages between witches and the Knights of Requiem. The Holy Empire has plenty of soldiers, lots of power, and the desire to eradicate all witches.

Witches themselves possess the magic you would expect, but it comes at a great cost. They are born with a dragon inside of them. As time goes on, they will lose their mind to the power that resides within them. To combat this, they drink dragon’s blood to keep their sanity intact.

Of course, this feeds the dragon within them. If it grows too large, it will eat its way out of the witch’s womb, killing her in the process. It’s a grim fate indeed, but the witches press on, if only to fight back against the Knight of Requiem who hunt them for the Holy Empire.

It’s an interesting setup to be sure, but another excellent event early in the story adds another layer. Forgive me for the small early spoiler (it happens in the first chapter), but the witches end up coming across a Knight of Requiem named Zephy who is on his deathbed.

In a desperate attempt to cure him, they give him dragon’s blood. In a twist of fate, this heals him, but he’s now a witch like them. More than the idea of a male witch, the real motivation for this twist is that the knight has become the very thing he swore to destroy.

This propels the story into an adventure that combines solid pacing with surprisingly great English voice acting and dialogue into a well-designed package. As an RPG, Dragon Star Varnir is one of the better titles I’ve played in some time.

Solid story and worldbuilding aside, the gameplay of Dragon Star Varnir has some refreshing elements that I really enjoyed. Dungeons themselves are serviceable, but nothing spectacular. They do have some nice details and the requisite hidden items and areas you would expect, but their layout is pretty standard otherwise.

I did like the fact that each character can fly for a boost in speed (witches travel on their staffs like brooms which is a nice touch), and each character also has a unique ability they can use in dungeons. Zephy, for example, can break magical barriers in your path.

Enemies appear on the map, with the option to catch them off guard if you strike before they interact with you. Battles play out in a turn-based fashion, but with the added elements of height to think about. When it’s your turn you can move between three levels and attack enemies with standard, magical, or devour attacks.

Some attacks spread out across one level of height, but the mechanic isn’t realized used until later when you can move enemies between levels and throw them into each other. I would have liked to see more done with this mechanic, but since both you and enemies can move freely when it’s your turn, there’s no possibility to, say, move a level and dodge an attack as a result.

There are a few special attacks you can use as well. One involves attacking an enemy’s weakness and building their fear meter. This triggers a flurry of attacks from you party when the meter is filled, ending in a devour attack from the last character in the formation.

Speaking of devour attacks, this is where Dragon Star Varnir really shined for me. When an enemy is low on health, you can use one of these attacks to destroy them and obtain a dragon core as result. Waiting until their health is low increases the chance of success, so it’s a great way to position certain characters to deal the finishing blow.

Dragon cores are important because they represent your abilities and growth. Therefore it’s important to make sure each character receives cores to learn new abilities and grow their stats. Keep in mind, you do level up with EXP like any other RPG, so this is more about buffs and abilities.

Each dragon core opens up into a small skill tree that can provide physical attacks, spells, devour abilities, or even passive buffs. You spend ability points from battle to purchase these skills and then equip them based on limits for each type of attack.

It’s a rewarding gameplay loop for sure, but it’s also a really creative way to give you power over your character’s growth that also fits well into the narrative as a whole. The synergy between the gameplay mechanics and the overall lore of Dragon Star Varnir is one of its greatest strengths.

There are also special forms each character can take that boost their power and change them into a unique form for the duration of the ability. While these usually equivalate to revealing clothing, I will say the character designs and general look of these dragon forms were very cool and made me feel like it was truly a super ability.

Crafting is here as well, including quests you can fulfill at the Witch’s den, but these are at odds with one of the game’s mechanics involving three young witches. With multiple endings on the table, and special scenes you can trigger by giving gifts to your allies, the game also expects you to race against the clock to an extent.

When you’re off on journeys, the three young witches begin to fall into madness. You need to bring back the dragon blood to feed them, or you will lose them. The game’s best ending requires that they survive, so you may find yourself trying to juggle too many things at once while also keeping your time away from the den in mind.

It’s a little too chaotic at times, which is a shame because Dragon Star Varnir is a world that begs to be explored, but if you do, you may risk getting the best possible ending. With a play time between 25 and 30 hours or more, you may not want to risk having to play again if you get a bad ending either.

I appreciate the creative design choices here, but sometimes they clash with each other. That doesn’t stop Dragon Star Varnir from being a great RPG, however. The combination of a solid story and great progression systems make this one title that stands out from the pack. 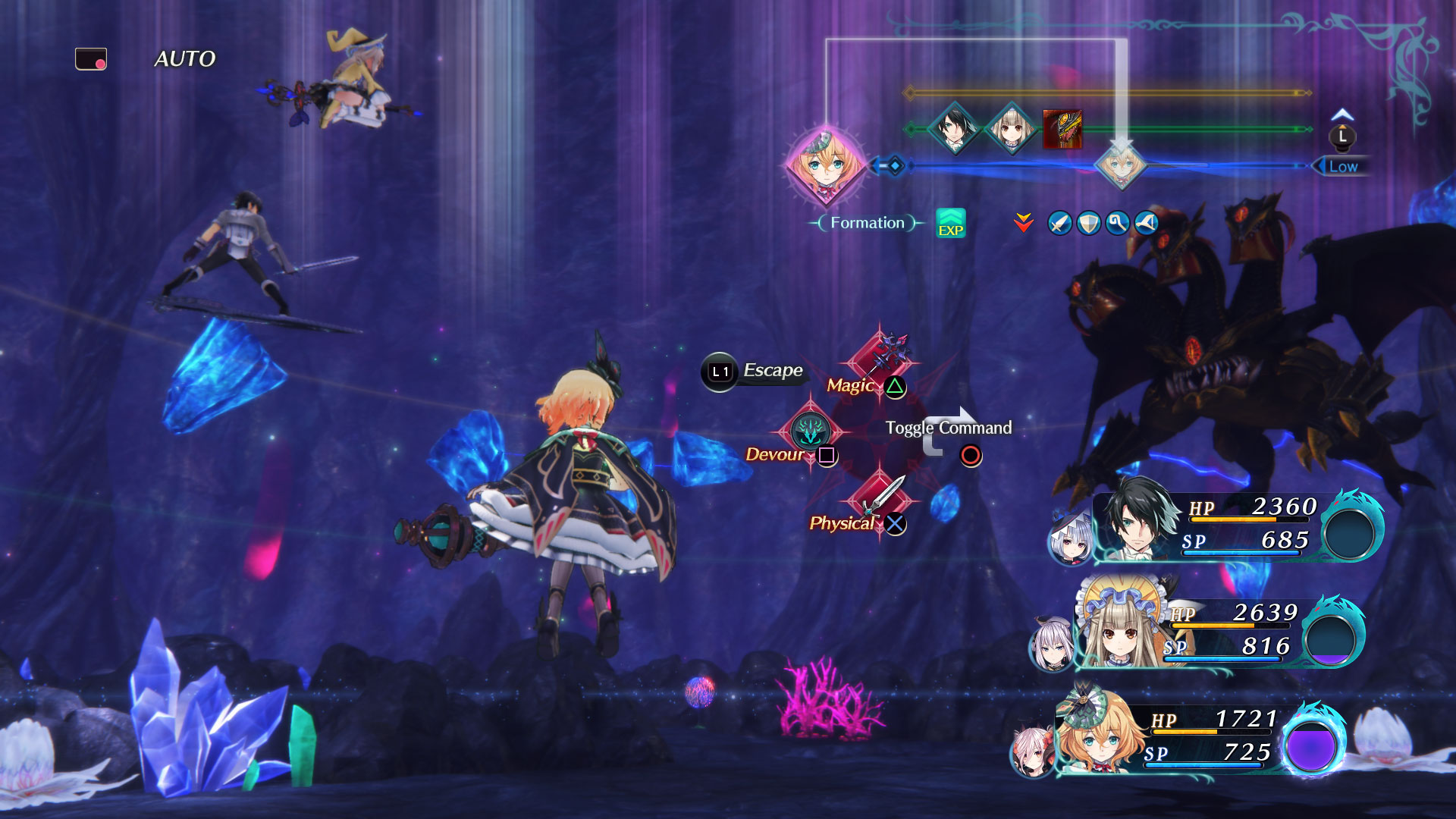 Dragon Star Varnir’s best art is reserved for the characters, which have detailed portraits during cutscenes and story beats. The game strikes a nice balance between fan service and creative designs. Minessa, for example, is a character that combines a sort of gothic fashion with witch tropes like a pointed hat and a staff that resembles a broom.

The designs for the transformations, while certainly revealing, are also rife with interesting visual elements. An example is the sort of demonic horn that sprouts from their heads, indicating the balance within them between their humanity and the dragon that grows inside.

If you’re a fan of Compile Heart’s work and RPGs in general, you’ll find that Dragon Star Varnir offers a lot of fresh takes on both storytelling and gameplay. As it turns out, this dragon still has plenty of fire left in it.