The fantasy genre has become an ingrained part of both gaming and film over the years. From wild successes like Lord of the Rings to gaming classics like Baldur’s Gate, there’s always room for more dungeons and dragons in gaming. Dragon’s Crown Pro is an updated version of Vanillaware and George Kamitani’s take on the genre, which originally released on the PS3.

This updated version of the dungeon crawler and chaotic brawler features the same incredible art that Kamitani is known for, but is beauty only skin deep in this case? Read on to find out.

A Tale of Both Dungeons and Dragons Alike

For those of you that didn’t play Dragon’s Crown on the PS3, this review of Dragon’s Crown Pro will approach the game with a fresh set of eyes. The premise of the story, and the story itself is rather simplistic.

You are an adventurer searching for fame, riches, and glory in the kingdom of Hydeland, which exists in the same fantasy world as other Vanillaware titles like Odin Sphere and GrimGrimoire. The story has all the trimmings of a classic fantasy tale, but there are some interesting changes to the formula.

On the whole, however, it remains pretty basic. That being said, I really enjoyed the way it’s told through detailed narration. From the moment you start playing, the game feels like a massive game of Dungeons and Dragons, with the narrator being the DM.

To some, it will seem cheesy, and to others, it will feel too derivative, but to me, Dragon’s Crown and the story it tells feels like an homage to simpler times when fantasy games were about the sense of adventure and the allure of glory.

I will say that I wished the story had been deeper and more complex, but as a tale of fantasy and intrigue, it serves its purpose just fine. The star of the show here is the gameplay. Dragon’s Crown is played in a 2D style with side-scrolling levels and brawler-style combat. While a quick look at the gameplay may seem simple, there’s a lot of hidden depth beneath the surface.

For starters, you’ll have six different classes to choose from, all of which vary in their fighting styles, abilities, and difficulty. As you play through various dungeons, you’ll also find new types of equipment, weapons, and accessories to boost your stats.

You can purchase skills and combat moves as well, some of which are generic to all classes, and some of which are specific to your chosen character. Going through dungeons multiple times will also reveal alternate paths and side objectives, so repeat excursions are encouraged.

Between missions, you can explore the main hub for a variety of services. A merchant provides all your buying and selling needs, while other areas provide side missions and the ability to resurrect fallen warriors to join your party. You can even pray for blessings before setting out on a mission.

The quests themselves are quick and satisfying, allowing for quick play sessions if you don’t have hours to sink into the game. Loot and XP are calculated after the dungeon is complete, which removes the need to pause and sift through your loot every time you pick something up.

This keeps the pacing tight and the action constant. Getting into combat can be both exciting and terribly chaotic all at once. When it’s just you, or perhaps one other player, things are manageable, but adding in more players with co-op or NPCs in your party really throws things into chaos.

You’ll eventually train your eyes to keep track of your character during boss fights or bombastic encounters, but just be ready to really focus when the action gets moving as the screen will very quickly fill with effects and attacks.

Controls feel tight and responsive. The animation is smooth and detailed, offering excellent reactions from the enemies as you land attacks or spells. Dragon’s Crown Pro retains the clever mix of brawler combat and streamlined RPG elements that made the original so fun to play.

The Pro version of the game offers 4K resolution for PS4 Pro owners, but otherwise, the visuals remain the same, and the framerate is perfectly smooth like before. The game is even compatible with PS3 saves and cross-play, so people who own the original may not have a lot of reason to double-dip unless they have a 4K TV.

If you’re like me and you really enjoyed the original, the convenience of having it on your PS4 is really nice. I was also able to Share Play on the PS4 version to play local co-op with a friend of mine in another state, so that’s something to consider as well if your friends don’t have a copy as well.

If you loved the original release, Dragon’s Crown Pro is everything you loved in 4K if you have the setup for it. If you’ve never tried this game and you like brawlers or fantasy dungeon crawlers, it’s absolutely worth a try. With local and online co-op, it’s also the perfect game for couples looking to game together. 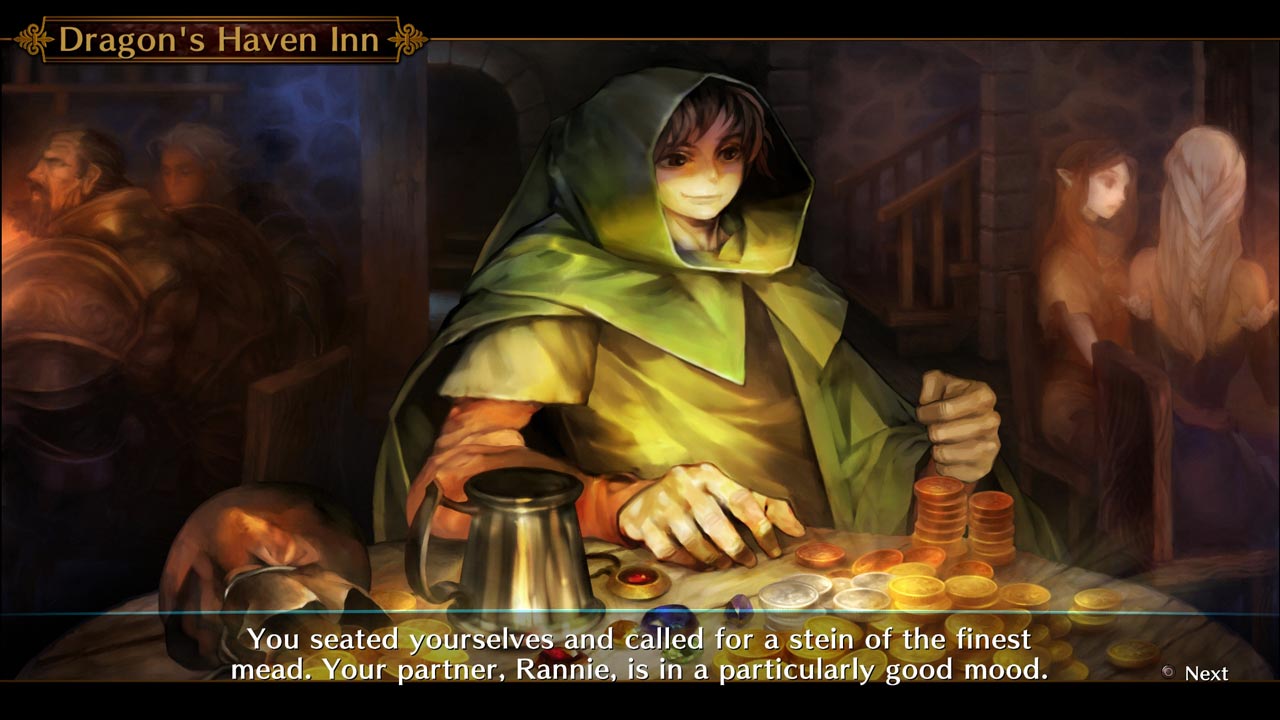 George Kamitani’s art is both well-known and divisive in the world of gaming. While his proportions on both male and female characters are incredibly exaggerated, I’ve always loved the art from him and guest artists in Vanillaware titles and Dragon’s Crown Pro is no exception.

The Pro version of the game also features a new version of the soundtrack recorded using a full orchestra. I absolutely loved this revamped version, but the option to have the original is still there.

It’s an objectively gorgeous game, and while the character designs may turn away some people, there’s no denying that the art itself is bold, detailed, and colorful. It’s also a treat to see it in motion during gameplay.

Dragon’s Crown Pro is a fun, addicting, and beautiful brawler with surprisingly deep RPG elements. While the story won’t blow you away, it’s still a great title to play with a group of friends or your significant other. If you haven’t tried it, I highly recommend you give it a chance.