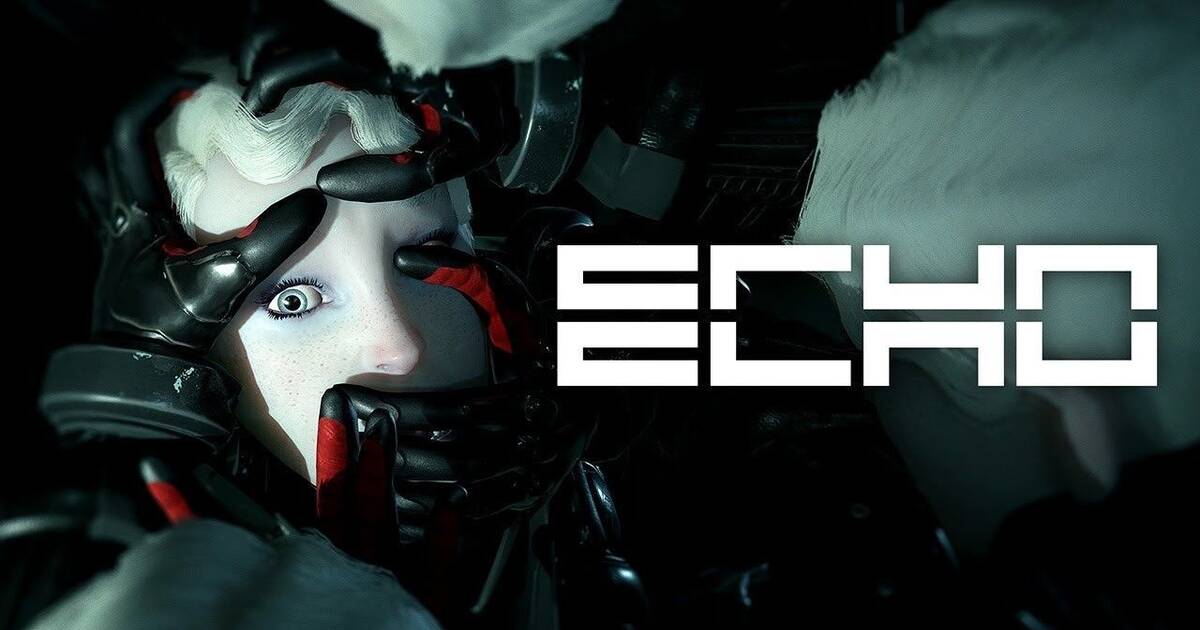 We often talk about the artificial intelligence in gaming during reviews. We talk about how enemies are smart, how they flank or strategize against you. Other times, we talk about how they're dumb and can't see you coming when you close in for the kill.

What if the A.I. in your games was based on you? Your skills, your strategies, your intuition? Would that change the game entirely? Would you be able to face yourself and win? That's the question ECHO poses. A stealth action game that adapts and utilizes your own tactics against you. Does it find something unique by copying you, or is it a copy of better ideas? Let's find out!

Two Enter the Palace, Only One Will Leave

ECHO begins with a simple, but powerful quote:

"The flesh and the soul shall enter the Palace through separate doors. Only the strong of mind and body will again reunite as whole."

It's a powerful statement, but also an esoteric one. What is the Palace? Is it speaking in metaphor, or is it literal? These questions immediately entered my mind as I began my journey.

ECHO throws you into the game without much to go on, and that intrigue carries you through into the game's proper gameplay loop. Surprisingly, ECHO opens with the story and little else. The game gives you control, but it takes some time before you find yourself in any real danger.

Instead, the main character, En, speaks with a disembodied voice who offers plenty of candid advice but very little encouragement. Even so, the dynamic between them quickly feels like the banter you would hear between two old friends who don't particularly like each other but tolerate each other's presence.

The story slowly starts to unravel as you leave the opening area and descend to the mysterious planet below. Moments of quiet reflection are punctuated by further story development through the conversations that En and her companion have.

There is talk of strange beliefs and mysterious legends. It's clear that at least some of the things En has been told to believe are true, but her ultimate goal seems far-fetched. Even so, her determination in the face of strong opposition makes her a character to root for from the beginning.

Her companion provides the grounded commentary that many of us are thinking, while En drives the story forward with dialog. There's a really intriguing and very well written Sci-Fi story here that unfolds in an organic way.

You're just as confused as En when you wake up, and as you get to know her, the past that brought her here, and the ultimate goal she has in mind becomes clear. The nature of your surroundings also slowly becomes unraveled.

There's plenty of mystery, intrigue, and elements that speak to the nature of belief. It's a smart and mature story that knows it has a strong tale to tell but doesn't give everything away at the beginning.

It focuses strongly on getting your attention and holding it just before it unleashes the gameplay hook. Even after the gameplay kicks in, the story still has plenty to say, and it knows you'll keep pushing forward to find out more.

Gameplay That Learns as You Do

ECHO has a really interesting hook when it comes to the gameplay, and I imagine that’s what will draw people in more than anything else. The Palace you find yourself in has the ability to monitor and record your movements during its “day” cycle.

During the “night” cycle, it reboots and you’re safe from being spied on. The twist is that the enemies that spawn for the next day cycle are given all of the knowledge and strategies gained from the prior cycle.

A perfect example is shown to you early in the game. You walk through an entire room full of enemies, but none of them will cross the shallow water that separates you from them. You stroll through the area without any hesitation, crossing the water yourself as if it was nothing.

The Palace reboots, and you enter the next room. Suddenly, the enemies have no problem crossing the water to come after you! They’ve learned how to do so from the Palace’s recordings.

While there’s a limit to how much they can learn and retain, this mechanic adds a huge amount of tension and strategy to the gameplay. Sure, it would be easier to sprint, vault over obstacles, and use your weapon without hesitation, but all of those things can come back to haunt you.

While you may have been able to break a pursuer by leaping off a ledge to a lower area, the next time they will follow you down. Knowing that your actions will affect how difficult the enemies are makes you question everything you do during the day cycles.

That also means that the night cycles are a free-for-all. I often stayed restrained in my movements and actions during the day cycle and went completely insane during the night cycle to make up for lost time. Even with this strategy, though, moments of intense pressure or certain death forced me to use moves that would later be used against me.

Speaking of moves, En has a variety of movement options at her disposal as she unlocks the potential of her exosuit she wears. You can sprint, crouch, vault over cover, and drop down from ledges to small or large distances by expending the suit's energy to negate the fall damage.

Environmental pickups can recharge your suit or offer you a temporary weapon in the form of an orb. These orbs can also be thrown to distract or disorient enemies. You do have a gun, but it can only be used sparingly, and doing so will empower your enemies to do the same, so it’s really a last resort.

You also have a radar system of sorts that shows up as a hologram around your body. Visual cues let you know when enemies are nearby, when they spot you, and when you’re low on health. Any kind of close encounter will require you to mash a button to escape, after which you are vulnerable to an instant kill for a short time after.

As you progress through the Palace, the gameplay will offer various challenges. Typically, you will be tasked with finding enough orbs to power up a doorway that lets you leave the area, but other interactions and objectives come up.

Stealth is the name of the game, so without many options to defend yourself, you’ll need to use your observation and either sneak by enemies or take them out with a stealth takedown. The game rides its wave of innovation for a good while into the story. After that novelty begins to wear off, you’ll feel repetition sinking in as all the enemies are clones of En, and the Palace doesn’t offer a ton of variety in the environments.

The rigid focus on stealth also means that other play style won’t be accepted for very long. You’ll need to stick to the quiet option if you want to progress consistently. You’ll also need to restrain yourself from using abilities as it gives the enemies an edge.

It’s a careful gameplay balance that feels awesome at first, but will quickly weed out anyone who isn’t interested in the hardcore stealth aspects. It’s something to consider when you think about diving in, as ECHO does not welcome run-and-gun enthusiasts. Even so, it would have been cool to see that gameplay style adopted by the enemies.

It most certainly would have added another dimension to the gameplay and expanded the audience, but as it stands, this is one of the most unique stealth experiences I’ve seen on the PS4.

Pristine Presentation With a Polished Veneer 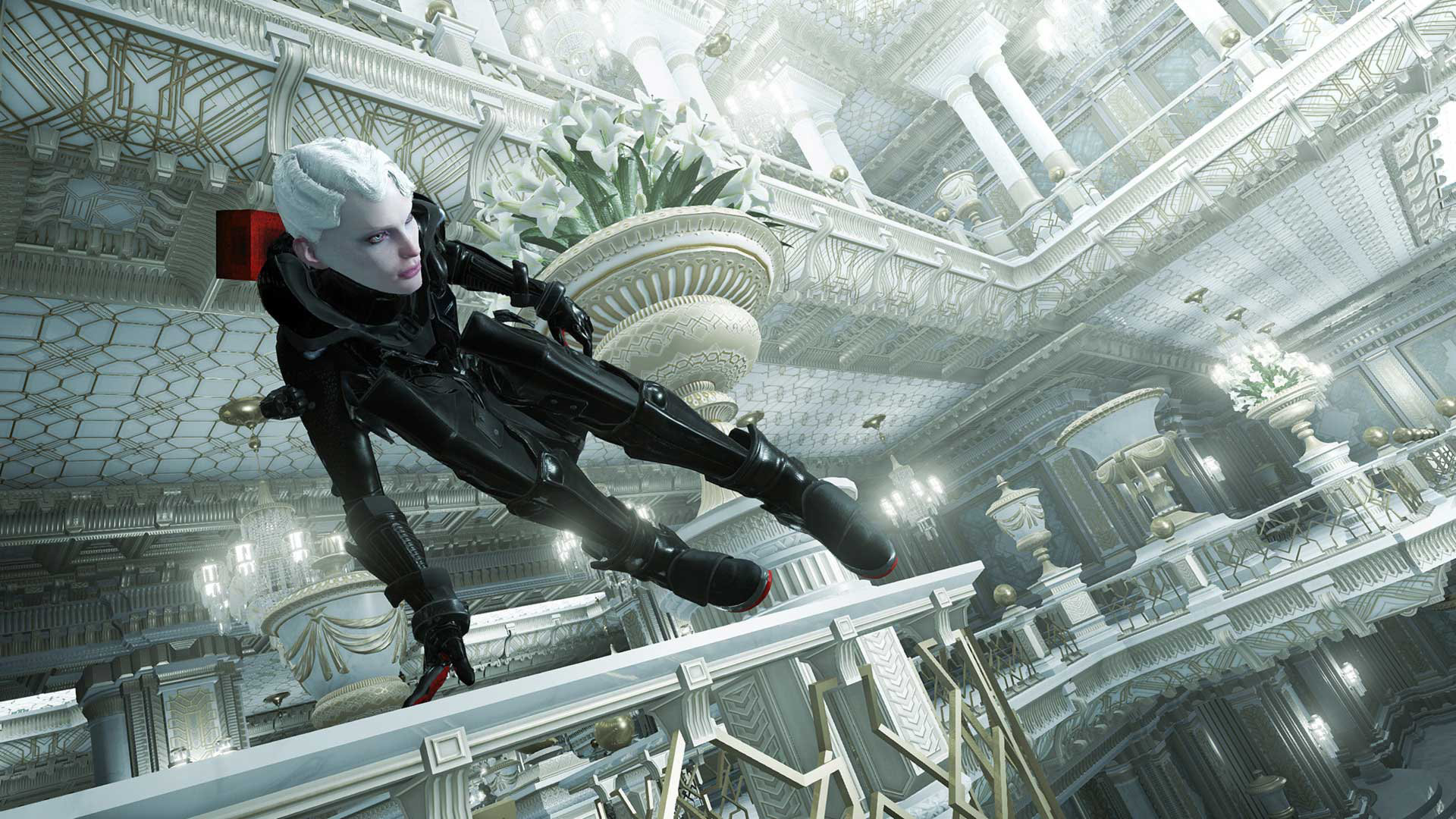 Echo is a very good looking game. From the superbly detailed eye in the game’s main menu to the polished quality of the game’s environments, it’s no slouch in any of the visuals. En herself has a detailed design with great animation as she moves through the Palace.

The same can be said of her clones that hunt you from every angle. They have a dead stare to them that makes me want to consider ECHO a horror game when they start coming at me. It’s downright unsettling.

While the Palace doesn’t have a ton of variety to the environments, what you do have are levels that exude a literal level of polish. The floors reflect the ceiling as if someone just finished polishing them, while ornate gold plating decorates most of the walls and elevators.

It has the sensation of a veneer, like a thin disguise that hides something far more sinister. While it leans heavily into stealth and repetition can most certainly set in over the course of the game, that doesn’t stop ECHO from being one of the most unique experiences I’ve had in quite a while.

Stealth enthusiasts must check this one out, and anyone else who is curious to see how they will fare against an enemy that mirrors them should also give ECHO a shot.