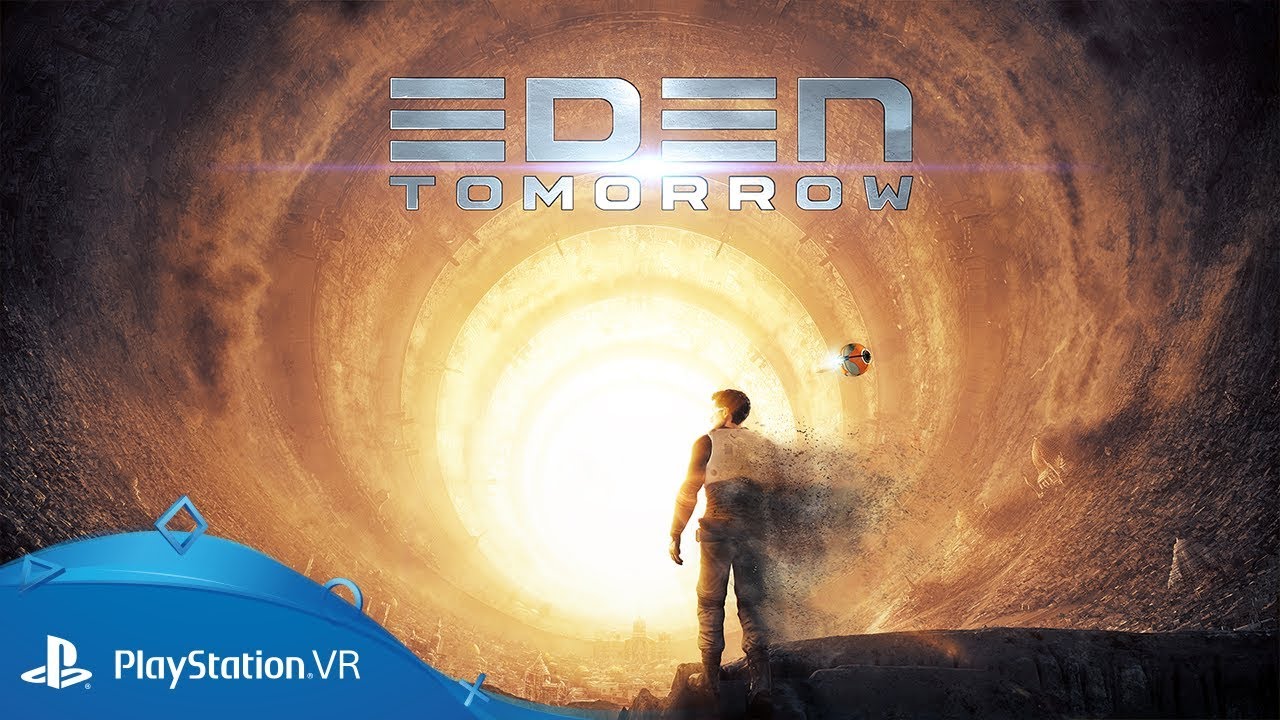 One of my favorite things about VR is its ability to transport you (almost literally) into a world. Immersion is almost always a given when you’re enjoying a PSVR title. Eden Tomorrow is a new science fiction adventure for PSVR where you play as the survivor of a crash on an alien planet with no memory of how you got there and only a robotic companion to keep you company.

With harsh conditions, no food or water, and terrifying creatures to contend with, this setup sounds like the perfect recipe for a pulse-pounding adventure. Does it live up to the potential of the premise? Let’s find out.

A Compelling Narrative and a Disjointed Experience

While I know the old “main character has amnesia” trope has been used countless times in gaming, I couldn’t help but find myself enamored by the mystery of Eden Tomorrow. An intense opening scene places you on an alien planet with zero knowledge of how you got there. Even your robotic friend, Newton, doesn’t remember what the mission was.

It’s not long before you run into the denizens of this world, and the sense of danger is immediate. Newton reminds you of injuries sustained in the crash and warns of impending dehydration. As you progress through the chapters, you find yourself coming across other crashed pods, cave paintings, and signs of other intelligent life.

Between the harrowing encounters with the planet’s creatures, the ability to unlock journal entries in the Discovery menu, and the constant spectre of death hanging over you, Eden Tomorrow’s story was actually very engaging for me. The core mystery drove me forward, but as many have said, Newton’s voice acting and dialog that forces you to stand still and listen hurt the pacing for me.

His robotic voice acting isn’t bad per se, but he does speak a little too much. It would have been better to leave some things to the imagination or convey them from the main character himself. It wasn’t a deal-breaker for me, but I can see how his interjections would annoy certain players.

While the story is intriguing and consistently interesting, the gameplay feels less cohesive. I liked the mechanic that allows you to switch and take control of Newton while you’re in safe zones, but this is largely used for fetch quests to get power cells or items to build a path forward. More variety in these sequences would have helped.

Other mechanics show up, but they are segmented from the main gameplay in such a way that they feel like mini-games. For example, every time you want to slide down a path or shuffle along a ledge, the game cuts to black before placing you into the scenario.

You then move through it, dodging threats, only to be treated to another black screen before you return to gameplay. The two examples weren’t too bad, but the balancing mechanic where you lean your body felt far too sensitive and out of place.

It seems like Eden Tomorrow wanted to avoid the “walking simulator” moniker at all costs, and so these disparate mechanics were introduced to combat that. Honestly, with the strong story and tense creature encounters, I think the game could have done fine with simply embracing an atmospheric journey through the world.

Again, though, the interjection of these mechanics isn’t a huge issue for me. I did find myself dying during them more than I would like, which is where my frustration stems from. I think they could have been left out in favor of more creative sequences while controlling Newton.

For those curious about controls, Eden Tomorrow uses the DualShock 4 as your only option. There are options for comfort settings, but those who want smooth movement and turning will find it here. This is especially great when you’re flying around as Newton and taking in the environments.

While it doesn’t break the mold, Eden Tomorrow tells a tried-and-true science fiction story using VR to transport you into its world. The gameplay can sometimes be more of an obstacle and then something that benefits the experience, but the 5-6 hour journey here was one filled with memorable moments and frantic set-pieces that worked as well as they did due to the immersion of VR.

If you’re on the fence, try the demo. It does a good job of showcasing the game’s overall look and feel. 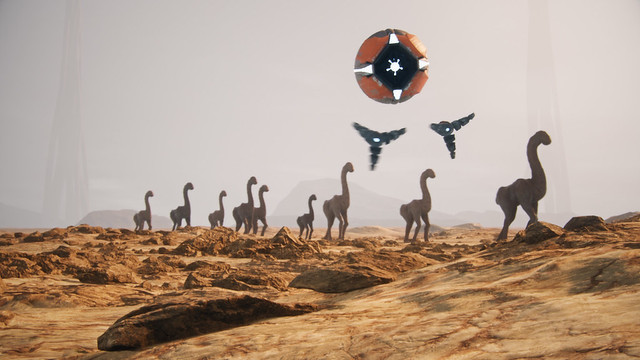 Playing on PS4 Pro, the graphics in Eden Tomorrow are good, but they aren’t great. Environments suffer the most from simple textures and lack of detail. Creatures, however, exhibit some truly horrifying designs.

Best of all, the sense of scale in VR here is superb. Giant threats feel appropriately big and daunting, while massive structures require you to look straight up in order to see them in their entirety. This sense of scale really sold the world for me in Eden Tomorrow and it’s one of the game’s greatest strengths.

For a reasonable price point of $19.99, I think Eden Tomorrow is certainly worth a look. The demo option is great for those who are uncertain, but despite the issues, I was glad I had the opportunity to step into this world.