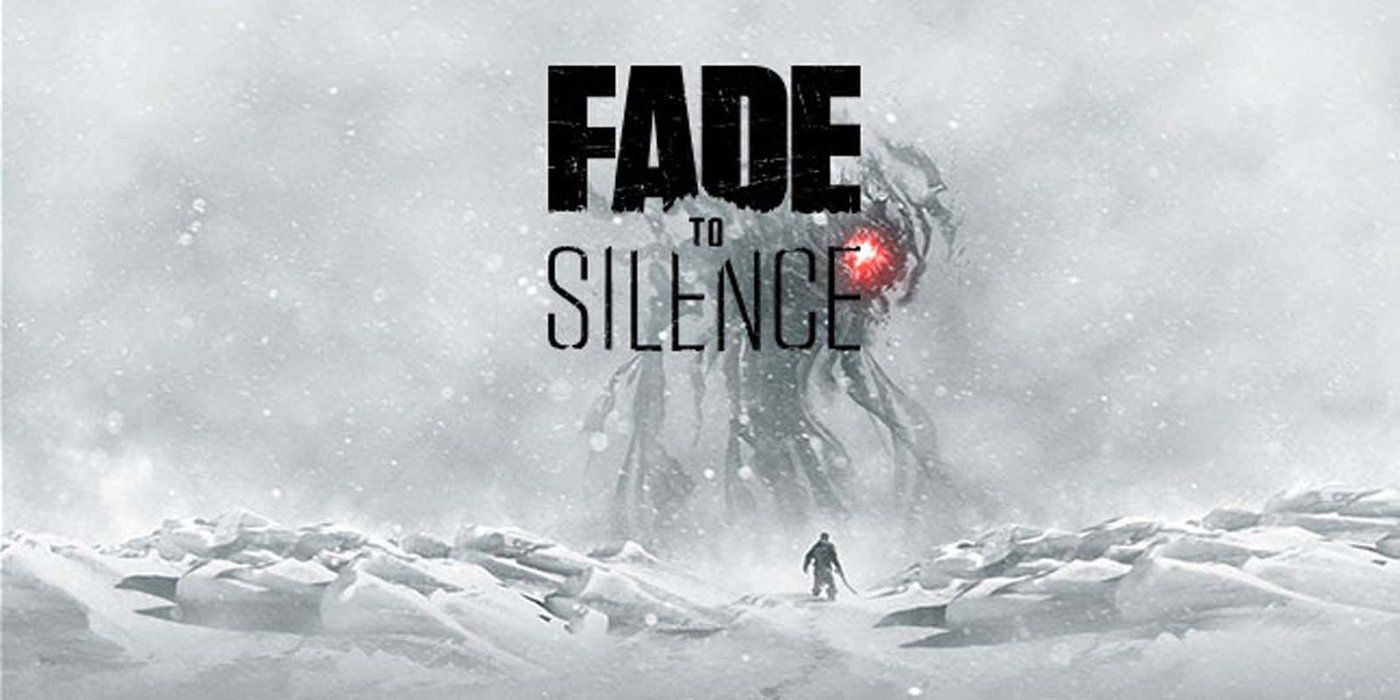 The survival genre has exploded in the last few years with everyone and their grandmother offering a take on the formula of gathering, crafting, and managing stats like hunger and thirst. The problem is that many of these games are too similar when you boil them down. To really stand out, a game needs to have a hook that makes it more than just a grind to survive.

Fade to Silence offers a hook that had my attention faster than you could say “post apocalyptic survival in an eternal winter plagued by eldritch horrors.” Yeah, with a pitch like that, I’m interested. The real question, though, is this: does Fade to Silence go quietly into that good night, or does it rage against the dying of the light? Time to find out.

A Gem That May Yet Shimmer

Fade to Silence has a premise that no other survival game can boast (at least, none that I’ve played). You are the survivor of an apocalypse that has flung the Earth into an eternal winter. You and your daughter are also haunted by a spectre that whispers terrifying truths into your ear as you struggle to survive.

The world itself is populated with terrifying creatures that wouldn’t feel out of place in a Lovecraft story or a From Software title. Grotesque amalgamations of flesh, ooze, and plenty of red pustules for good measure.

The story is delivered to you in very short bursts, some of which while you sleep, but a gallery in the main menu shows a massive selection of clips I have yet to unlock, so it’s safe to assume there may be other ways to uncover the past.

What story I have seen in my journey thus far has been intriguing, but the clips themselves are far too short. Combine this with the amount of time that goes by before you see another, and it’s hard to piece everything together. Granted, you could sit down and watch them in the gallery on the main menu when it’s all done, but I wanted to have more consistent breadcrumbs to follow.

Despite the pacing issues, Fade to Silence has a world and a story that’s impossible to ignore. Everything about it is incredibly intriguing, from the strange red vines that snake through corrupted land, to the massive collection of metal and scrap that orbits through the sky like a moon of metal.

When you first start your journey in Fade to Silence, you’ll have the option to play in either an “Exploration” or “Survival” mode. Those terms don’t really describe the difference, though. In fact, your actual choices are “Normal survival game” or “Terrifying Permadeath Roguelike.”

In the exploration mode, you’ll still need to manage hunger, sleep, and temperature, along with your health of course. You’ll still fight plenty of enemies, and you will most certainly die a lot. The difference is that you get to respawn at your main base with your inventory intact.

Survival, on the other hand, only offers a set number of lives, stronger monsters, and a permadeath awaiting you when you run out of your “Flames of Hope.” In this mode, you’ll have access to a Boons & Blessings tree that allows you to earn permanent upgrades for subsequent playthroughs.

I like the idea of these two options a lot, but the problem lies in some of Fade to Silence’s shortcomings that make the game feel stacked against you to the point where survival may be more luck than anything.

Allow me to explain. The standard survival mechanics you would expect are here, including crafting, hunger management, and temperature management. Crafting basic things is pretty intuitive, and one thing I really liked was the fact that food was always stored as a generic item that takes up a single slot/stack. That way you won’t have different types of food clogging up your inventory.

Carrying around a torch is a good way to keep your temperature in check, but you can also set up in various shelters you find around the world with barrels that you can start a fire inside. So far, so good, but things start to get rocky when you throw in several other mechanics, the combat, blizzards, and the aforementioned metal moon.

Let’s start with the blizzards and the moon. There’s no real warning when a storm is about to hit, but when it does, you have probably thirty seconds before you start losing health. The only way to survive is to take shelter, but if you’re out in the middle of nowhere, it can be hard to know where shelter could be.

A survival vision doesn’t help denote useful areas, items, and the like, but with how quickly a snowstorm can ruin your day, it made me wish I had more of a warning so I could take shelter. The same goes for the massive sphere in the sky. When it’s over you giant chunks of metal and rusted vehicles will start crashing into the ground all around you.

You can see red marks where things will fall, but again, it can catch you off guard. When I was playing in exploration mode it was just a minor annoyance, but in survival mode it could result in a cheap death via blizzard or falling car.

Combat also feels less responsive than I would like. You can lock onto enemies for strafing and dodging, but swings feel lethargic, even with smaller weapons like an axe or torch. A limited stamina pool also makes it difficult to get a lot of swings in before you’re stuck waiting. Enemies on the other hand range from interesting to downright annoying.

Some will rush you and explode, but are easy to dodge if you see them. Others, like the Stalker, are frustration incarnate. They charge forward vast distances and knock you off your feet, often hitting you again before you can get up. They also, in my experience, will chase you to the ends of the Earth, so escape is rarely possible.

Finally, there’s a mechanic where you can “cleanse” areas or outposts and receive rewards. Once you’ve reached the source of the corruption, you need to mash the X button to fend off the corruption as you pull it into your body.

Depending on how well you mash the button, you’ll lose a portion of maximum health for a time. I liked this a lot as it made me feel the struggle of absorbing and cleansing the world, but it was annoying when enemies could hit me during the struggle and force me to lose health before continuing before I left off. I think in a situation like this one, it would have been better to make the player invincible while they try to mitigate the damage to maximum health.

In a game where the stakes can be incredibly high, these kinds of difficulty spikes are more frustrating than challenging. That being said, there’s even more to this experience. You have the option to recruit followers that you’ll find in your travels and use them to create buildings in your base.

Certain areas you cleanse will also allow you to tame a wolf that was captured and eventually you’ll be able to create a sled team that helps you travel the world much faster than on foot. Followers can also join you on expeditions or work on specific things like hunting or gathering.

Once you have a follower, you’ll even be able to have another player jump in and take control of them for online co-op, which is pretty cool. While the followers can be a drain on your resources, and the sledding controls feel too stiff (like the combat), these additional mechanics help add more depth to the experience.

While Fade to Silence felt a little buggy prior to launch, the game has since received several patches that make the experience feel far more stable than before on PS4 Pro. While it certainly has its problems, I find myself coming back again and again because of the overarching mystery and the unique nature of the world. 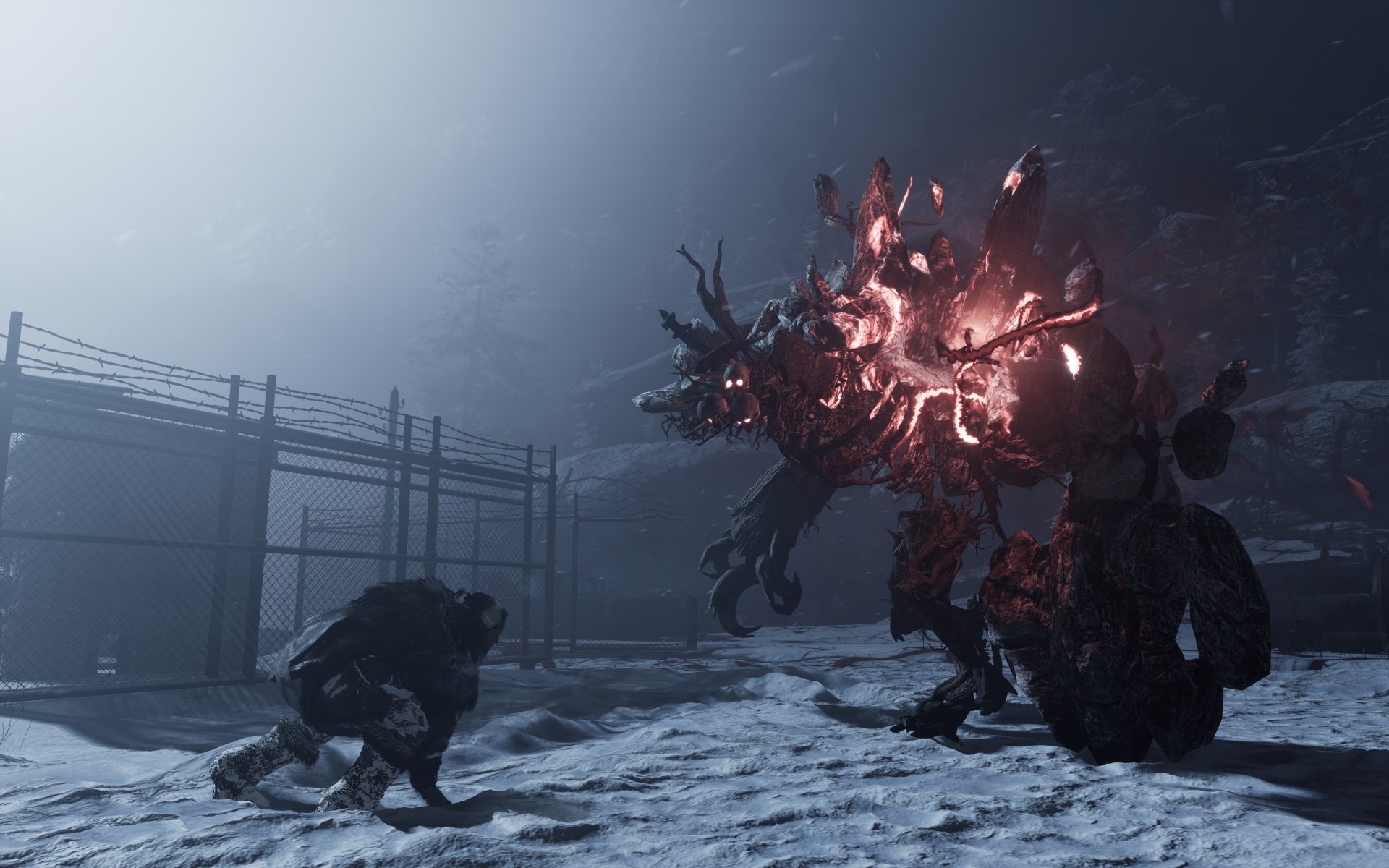 Fade to Silence is a mixed bag when it comes to the presentation. On the one hand, the environments and snow look pretty good. Character models leave a lot to be desired, however, and the voice acting is painful at times. After the latest patches, the game does feel smooth, but as previously mentioned, the controls can feel too unresponsive at times.

Despite the issues I had, Fade to Silence is one of the better survival games I’ve played. If anything, its unique setting and story are motivation enough to make me push through the rough patches. I’m confident the developers will continue to support the title with updates and improvements.

Assuming this is the case, I’m confident that Fade to Silence won’t itself fade into history. Keep an eye on this one, it may be going places.