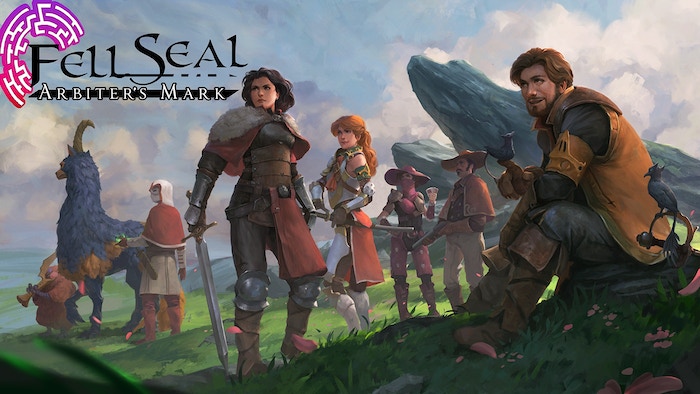 The greatest tactics RPG titles combine a variety of gameplay options with robust mechanics and a story that fuels your desire to fight just one more battle. Fell Seal: Arbiter’s Mark seeks to capture this magic and add a few ingredients of its own, which is a tall order.

Fresh off the heels of early access on PC and origins from Kickstarter, Fell Seal: Arbiter’s Mark certainly has the faith of fans behind it. Does this game organize a tactical strike on your wallet, or does it fail to make the cut? Let’s find out.

A Superb Combination of Complementary Mechanics

Worldbuilding is an important part of any good RPG, and Fell Seal: Arbiter’s Mark does a great job of juggling this with smart pacing that pulls you in from the moment you start playing. In this world, a council of immortals rules over the people, having defeated a great evil in the past to reach their current status.

A group of warriors, known as the Arbiters, act on behalf of the Immortals and carry out their will across the land. There’s an ever-growing fear that the same evil which forged the Immortals may one day return, but when the game opens, things are smaller in scope.

You’re immediately thrust into your first battle with a nobleman who has the gall to murder someone directly in front of you. The story starts out small, beginning with a goal to escort the nobleman to stand trial for his crimes in a nearby city.

In the first few hours, a larger plot is set in motion that continues to balloon throughout the game. Throughout all of this, though, the game never loses sight of the characters. In fact, there are often optional events you can view where the main Arbiters have a quiet moment of discussion or reflection. They are only available for so much time, however, so it’s best to see them when they appear. The writing is both sharp and concise, keeping the cutscenes from dragging on too long, but also delivering quality dialogue throughout the 30+ hour adventure.

During the opening battle, you are given a lengthy tutorial that explains all of the battle mechanics. In truth, the actual ebb and flow of combat is really smooth for a tactics RPG, but the overload of information right at the beginning can be a little overwhelming. Thankfully, a help compendium is always accessible in the pause menu if you need to refer to anything again.

Combat plays out in a turn-based fashion, with a guide at the top of the screen to shown the turn order. Movement is done using a grid-based system, and the same goes for your attacks and skills. During each character’s turn they can both move and take an action like attack, perform a skill, or use an item.

Experience is also given for everything you do, whether it’s an attack, using an item, or healing a party member. This rewards all manner of strategies and even caution with equal progression, which I really liked.

Items play an interesting role in that they are all shared by the party during battle. At the end of an encounter, they are filled back to their maximum amounts. Therefore, it’s smart to use a potion or other available items when you need to, instead of hoarding them for a future battle.

Characters who fall in battle suffer an injury status that lowers all of their stats by ten percent. You can bring them back during the battle with certain skills or items, but if they fall again, the injury stacks. The only way to remove this effect is to have them sit out of the next battle to rest and recuperate.

With five difficulties to choose from, there’s a nice selection of challenge in Fell Seal: Arbiter’s Mark, but even the normal difficulty puts up a fight. Thankfully, you can also recruit new fighters to join your team at guilds in each of the towns you come across. With the right amount of gold, they can also be matched to your current party’s level, removing the need for grinding. There’s also a robust amount of customization available for each recruit, from the portrait, to their armor, to their gender and hair style.

Switching out main characters with recruits is the best way to get around injured people on your team, and thanks to a flexible class system, you’ll always have a variety of roles on hand to fill out your party prior to each battle.

Over the course of your adventure, you’ll unlock 20+ classes as you progress through the ones your start with. You can change classes on the fly, and even set both a primary and secondary option to progress at the same time. Beyond a title, these classes have their own skill trees that allow you to mix and match the skills you have equipped based on your currently selected clases.

Passive abilities can also be equipped from classes you’re not using, adding another layer to the character builds to choose from. Of course, this all comes with weapons and gear to equip for each of your Arbiters, so you’ll spend an appropriate amount of time keeping everyone up-to-date and ready for their next conflict outside of battles.

Finally, finding chests in the battlefields (some of which require special abilities that you can return to use), and defeating enemies will offer crafting materials you can use to upgrade your consumables and craft additional items as well.

There’s no denying that Fell Seal: Arbiter’s Mark is a complex and comprehensive tactics RPG with a huge variety of mechanics and approaches to its battles. It’s not going to rewrite the formula or convince those who don’t enjoy these types of games, but fans of the genre will find just about everything they could want here.

Vibrant Colors and a Variety of Menus 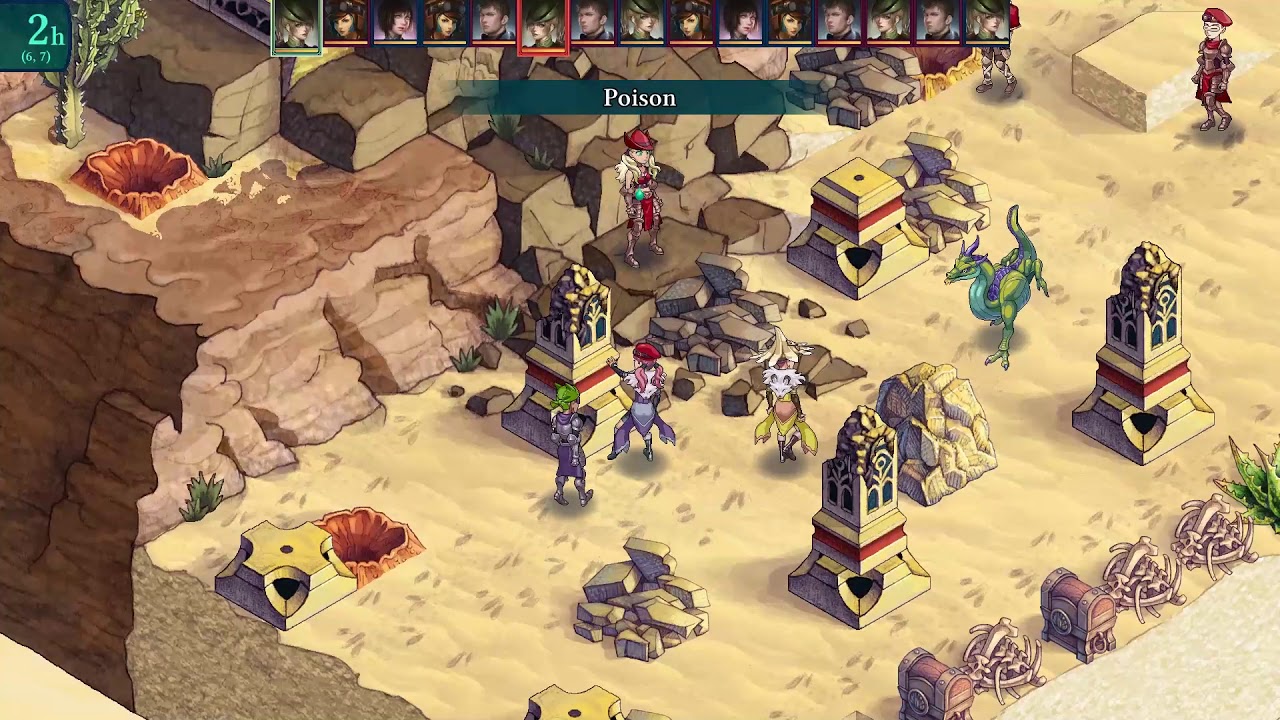 The art style in Fell Seal: Arbiter’s Mark is vibrant and gorgeous. Character animations are smooth, and the maps themselves are incredibly detailed. You won’t be able to rotate them as a result of their 2D nature.

For those who love classic tactics RPGs, Fell Seal: Arbiter’s Mark is a no-brainer at its respectable $30 price point. If you’re curious, the variety of difficulties offer a nice transition into the genre. You’ll spend almost as much time in menus tweaking everything as you will in battle, but Fell Seal: Arbiter’s Mark manages to take some of the best elements of others in the genre and combines it with some new ideas of its own.

A copy of Fell Seal: Arbiter’s Mark was provided to PS4 Experts for review purposes