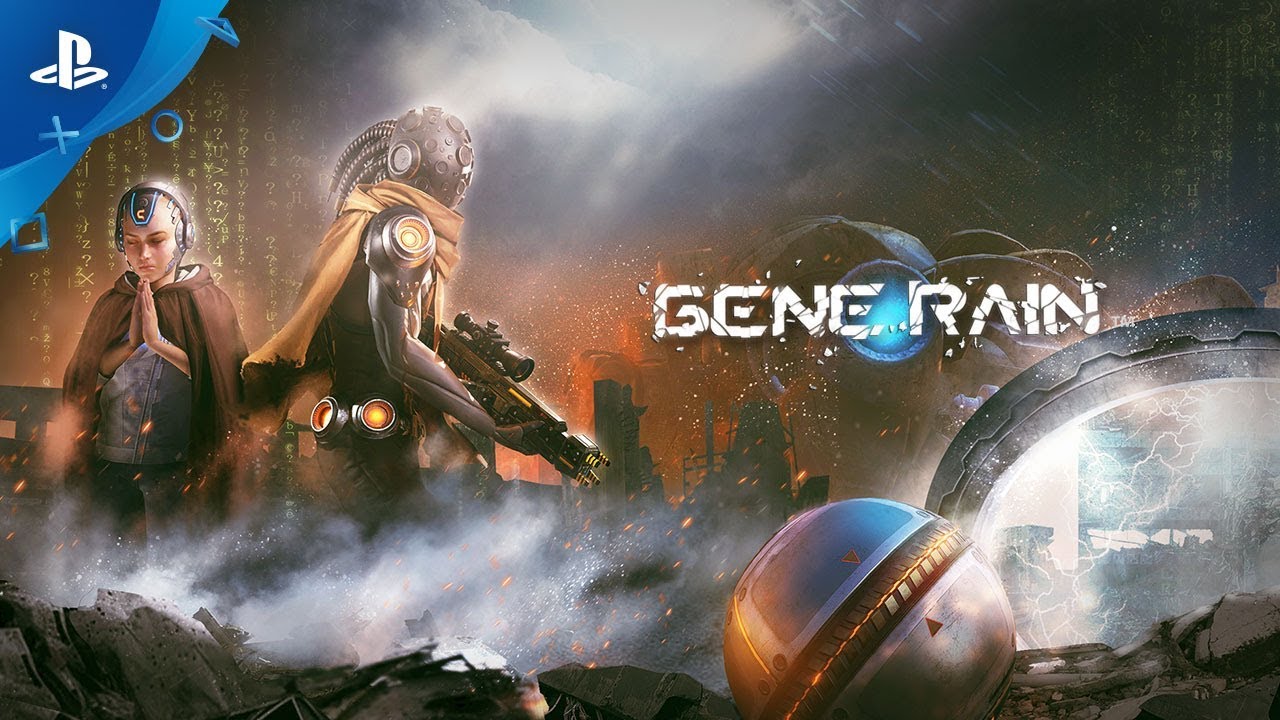 Fresh ideas are hard to come by in our modern world. Everything has been done before, in some form or another, so for a game to feel like something brand new, it really has to do something different. Gene Rain is a third-person shooter that makes a lot of promises regarding its story and enemy AI, but promises are one thing, gameplay is another.

Does this game have the right stuff in its DNA, or does this storm pack a whole lot of lightning and no thunder to pack it up?

An Ambitious Goal That Falls Short

When I first heard about Gene Rain, I was really intrigued. PlayStation has never had a Gears of War type franchise to offer that brand of cover-based shooting and Gene Rain had a lot of similarities to that successful series at first glance.

Not only that, but it promised a really interesting story set in the far future after massive leaps in technology and the creation of a literal “Gene Rain” that quite literally changed everything. All of this could have made for a really interesting world and some solid gameplay, but Gene Rain starts to fall apart from the moment you begin playing.

The cutscenes seem to run at a lower resolution than the gameplay and were quite choppy for me, which didn’t make a great first impression. The voice acting was immediately off-putting as well, which is a result of the translated writing, and not so much the actual author’s fault.

Instead of keeping the game in the developer’s native language, everything is translated into English with no option to use the original audio. The methods by which everything was translated do a very poor job of conveying everything from tutorial messages to dialogue and storytelling.

Almost every sentence in the game, whether spoken or written, is riddled with errors in punctuation, grammar, and even basic structure. This extends to the subtitles as well.

Even the trophy titles have errors in the writing. All of this makes it very difficult to enjoy the story or the game’s world. Even with the problems in the subtitles, I would have much rather had the option to listen to the game’s original audio in the native language as it would have gone a long way towards improving the experience.

The issues extend beyond storytelling, of course, because the game’s tutorial messages are written in a confusing manner that makes it difficult to truly understand some of the mechanics. All of this is painful to write because the gameplay in Gene Rain isn’t too bad.

While the cover mechanic could certainly be more responsive, the general movement and shooting feel pretty good. Enemies do exhibit believable actions and take cover accordingly, so the AI is there, but the gameplay can feel clunky at times thanks to moments where I would suddenly jump out of cover for no discernable reason.

You have access to several different weapons that have unique handling and power, but the actual gun model in your character’s hands just looks like an oversized pistol regardless of your weapon, which is a shame.

You get to play as multiple characters throughout the story, all of whom have skill trees that you can upgrade at specific terminals. Some additional abilities present themselves for each character as the story switches between them.

Reasonably good gunplay, multiple characters, skill trees, and challenging AI are all great ingredients, but without a cohesive and understandable story to hold it all together, playing Gene Rain just feels like a confusing mess.

A Severe Disconnect in Presentation 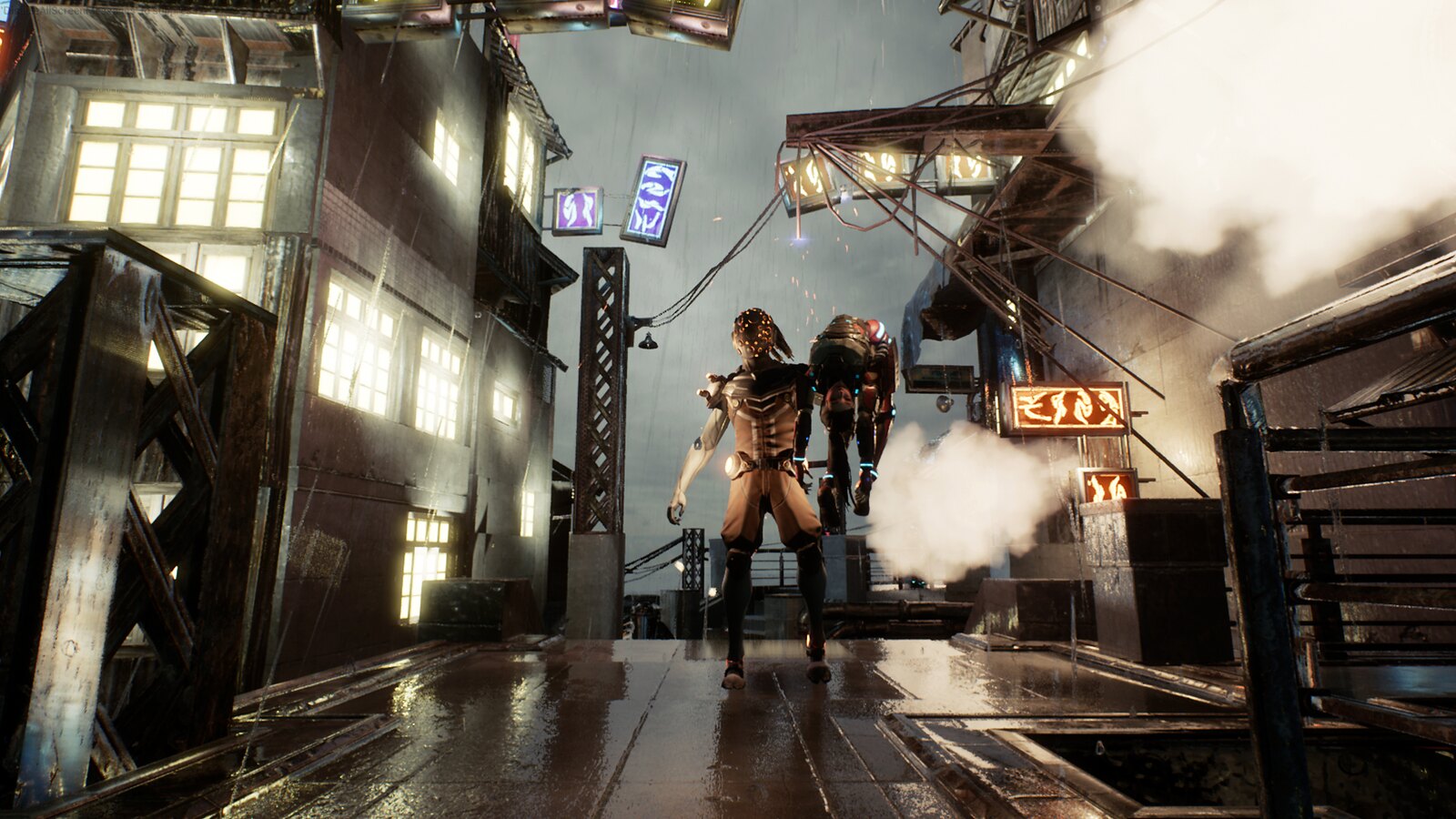 I have played a lot of different games from developers in other countries with different native languages, and for the most part, they usually have respectable translations. Typos in the game text or subtitles are prevalent, but they never ruin the experience.

This is not the case with Gene Rain. Here is a perfect example of how a poor translation can completely derail an experience. Some of the style choices, graphics, and effects are really nice, but none of it matters if you can’t understand what’s going on or how to properly play.

The option to play the game in its original language with improved English subtitles that have proper spacing, spelling and punctuation would have gone a long way towards making Gene Rain work, but as it stands, the majority of the game is quite literally lost in translation.