Growing up as both a gamer and the epitome of a nerd, Ghostbusters was certainly within my repertoire. The original films were just the right mix of light horror and comedy to pull me in time and time again. Being as young as I was, they actually scared me from time-to-time, but these days I just appreciate them for the fun movies they are.

While we’ve sadly lost Harold Ramis, it was he and Dan Aykroyd, among others, that put together the script for Ghostbusters: The Video Game, all the way back in 2009. Now, in 2019, we have a remastered version that offers a higher frame rate and 4K support on PS4 Pro. How does this game based on a movie series hold up? Let’s find out!

A Faithful Entry in The Classic Series

Ghostbusters: The Video Game Remastered brings the original title from 2009 to the present by offering a higher resolution and frame rate. The gameplay itself looks great in motion, but the first thing I noticed was how low the resolution looked during the pre-rendered cutscenes. This is the case with a lot of remasters, but it still hurts to see some of the cutscenes on a large modern screen, especially when the gameplay looks as good as it does.

That issue aside, the storyline in Ghostbusters: The Video Game Remastered is the closest thing to a third movie in the original universe that we’re ever going to get. It has the same writers, a vast majority of the same cast, and a wonderful eye for the source material throughout.

In this new story you play as a new recruit who remains nameless. Instead, they refer to you as the new kid, the recruit, the rookie, and so forth. It’s a little odd to play as a silent protagonist who only makes the occasional facial expression, but thankfully the cast carries the rest of the exposition for you. In a first-person game, it’s easier to play the silent observer, but in a third-person title the fact that you never say a thing does tend to stand out.

Looking back on it, I think it would have been awesome if you could create your own custom Ghostbuster, but the real allure here comes from everything happening around you. Since the original actors reprise their roles in the game, you’ll get to battle ghosts with the late Harold Ramis, and others like Dan Aykord, Bill Murray, and Ernie Hudson.

Having these people in the game really sells the cinematic feel, and makes you feel like a part of the team. Bill Murray’s line can sometimes fall flat, like he wasn’t into the voice acting gig, but for the most part it feels right at home to a Ghostbusters fan.

This extends to the story as a whole. Ghostbusters: The Video Game Remastered takes you to familiar places like the Sedgewick hotel, and has you fight familiar enemies like the Stay Puff Marshmallow Man, but it also takes you to exciting new locales and dimensions that feels like a callback and purposeful extension to the first two films.

The story is easily the best part of the game, especially if you are a fan of the movies. The gameplay is a close second, however, as it also does a nice job of sticking close to the source material. You play in a third-person perspective, but the game cleverly sticks many of the things you need to know onto your proton pack.

Your health and overheat meter, for example, can be seen directly on the pack itself. Firing your proton beam fills up the overheat meter, but a quick press of the R1 button can vent the pack, which is satisfying as steam fires out of the sides. To answer your question, yes, you can cross the streams. You won’t like what happens, but you can do it if you choose not to heed that all-important advice.

Capturing ghosts is your main activity, and thankfully it feels fantastic. You’ll first weaken them with your beam before you can then switch to a capture stream. This is possible both manually or automatically when their health is low. Once in a capture, you need to pull against them to raise the slam meter. Slams stun the ghost, giving you a chance to throw out a trap and pull them into its range.

Even this is not the end, however. You’ll need to guide the ghost into the device as it slowly stretches and shrinks into the box of light. It looks like the films down to the finest details, and it’s immensely satisfying to pull off the first time and the 100th time.

Other types of enemies like gargoyles or sentient pieces of garbage and debris can be blown apart without the need for a trap. Thankfully, you also won’t spend the entire game using just the proton beam as there are other “experimental” new abilities you get to use. These range from the blast of the boson dart, to the stasis stream that freezes ghosts in place.

There’s also practical upgrades like the slime tether that you’ll use to solve puzzles or navigate. Cash you earn in game also can be used to buy small upgrades to your abilities and your proton pack. A little detail I enjoyed was how the game also keeps track of the monetary damage you do. Since the environments are pretty destructible, your fights with ghosts can really wreak havoc.

While the story is largely linear, and around six hours to complete, it has good pacing and there are some opportunities to stray off the beaten path using your PKE meter. This handy device lets you scan around for collectibles that you can identify and read about in the menu. It’s a small, but a fun way to build out the universe a little more.

Given the launch price of $30, it’s hard to really fault Ghostbusters: The Video Game Remastered. The only real problems with the game stem from the era that it came from. Animation can feel a little stiff, some attacks make you sort of ragdoll onto the ground, and the graphics can look outdated at times in the environments, but even with all of that, it’s still a great Ghostbusters experience.

I will say that the difficulty spikes, combined with AI that sometimes fails to revive you, can be frustrating, but it’s not something that really shows up until the later portion of the game. Some may recall that the original release had multiplayer as well.

While that’s not present here, the developers have said it will be added at a later date. They’ve decided to rework it for the modern era, and I for one am very interested to see what they do to bring Ghostbusters into the multiplayer space.

A Few Cracks, But The Trap Holds 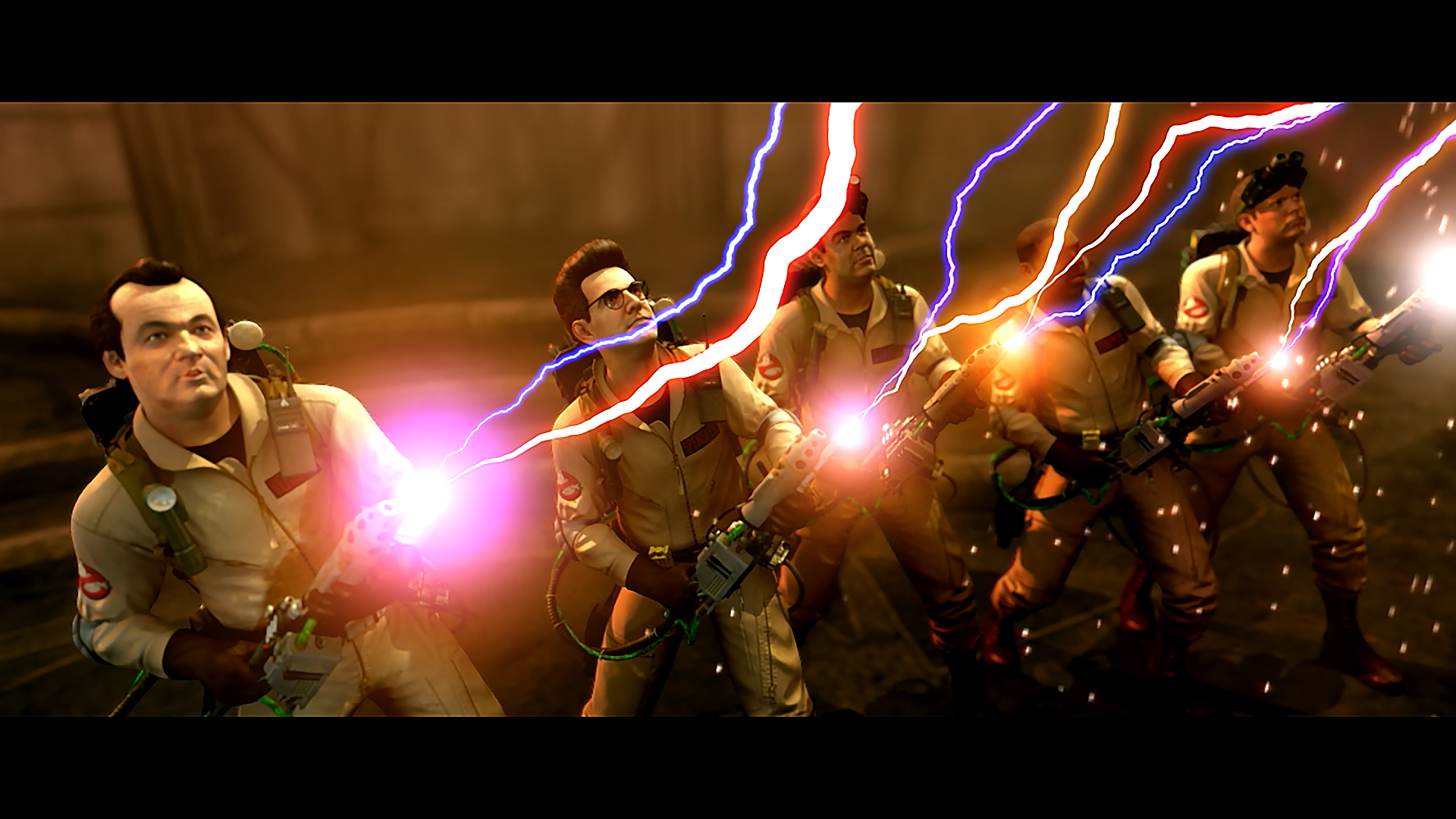 As I mentioned earlier, Ghostbusters: The Video Game Remastered is a mixed bag in terms of presentation. The remastered gameplay looks pretty great on a big screen, but the pre-rendered cutscenes run at lower resolution, which is painfully noticeable as you transition from one to the other.

Characters and effects look great, but the environments can sometimes look flat or undetailed in comparison. In motion, however, it all looks fantastic. I know I’ve said it numerous times throughout this review, but a Ghostbuster fan will absolutely adore this experience, flaws and all.

It’s certainly possible to nitpick further, but that’s what it comes down to, and if you’re curious, the price is certainly worth trying it out. I for one had a great time with this title back in 2009, and I enjoyed in 2019 as well.

A copy of Ghostbusters: The Video Game Remastered was provided to PS4 Experts for review purposes.