There's nothing quite like a good dungeon crawler. The best titles in this genre have always offered local cooperative play, various classes, tons of enemies, and a healthy number of secrets to uncover. Hammerwatch, out now on PS4, seeks to join these ranks.

Hammerwatch is a cooperative dungeon crawler that lets you pick from several classes and play with friends as you cut down hordes of enemies. Does it offer a great game to play with friends, or should we throw the ban hammer at this one?

A Simple and Streamlined Dungeon Crawler

Hammerwatch doesn't offer much of a story behind the action, but dungeon crawlers have never been known for their complex storytelling. A short opening cutscene introduces you to your predicament before you're thrown into the dungeon.

You won't find out anything about your character or why you're there, but if you're playing cooperatively with another player, those kinds of questions probably won't cross your mind.

Where Hammerwatch lacks in story, it makes up for this with a great structure and fast-paced gameplay. While you can play the game by yourself, it's best enjoyed in online or local co-op.

While the default settings give you limited lives, you can tweak the gameplay to be as hard or as easy as you like. Unlimited lives are available, along with damage boosts and regeneration.

If you want to increase the challenge, you can limit the number of lives or give yourself 1 HP per life, which is truly intense. It's great to have all of these options as it allows players of all levels to jump in and have a good time.

While a deeper story would have been welcome to add context, the focus here is on the gameplay. Let's find out how it holds up.

Playing Hammerwatch alone isn't ideal. The sprawling environments, occasional puzzles, and a multitude of enemies are interesting for a time, but they start to wear thin without any story to provide context.

After sampling the game in single player, I recruited a second player to play the rest cooperatively. This elevated the experience significantly. Running around with a fellow player made the fights more exciting and allowed us to cover more ground.

You'll start with a basic attack and a special that uses magic energy to perform. This binary setup gets you into the action quickly, but it takes a while before your character starts to evolve into their specific class.

Eventually, upgrades will become available to purchase from merchants you find in the dungeon and these give you the chance to differentiate yourself from other players. 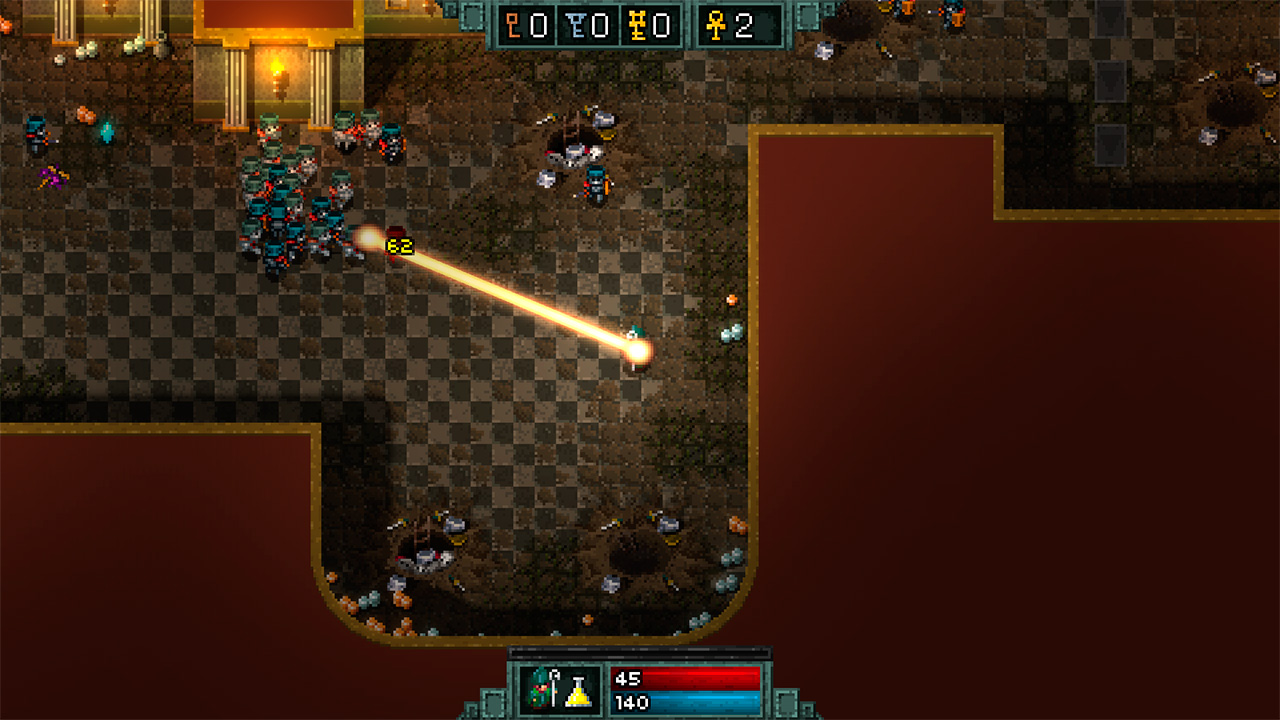 Enemies come in different varieties, but they are your standard dungeon foes. Skeletons, lots of bats, bugs that shoot acid, the usual fare. The game introduces some cool bosses later on, but the enemies themselves are pretty standard.

The sheer number of them makes it exciting when you're taking down a vast wave of foes. The controls feel nice and responsive during combat.

The game has secret areas you can discover and some simple puzzles to solve that break up the combat as well. It's all best enjoyed with other players either locally or online.

Once you finish the main game, there is another campaign for you to play through as well, so there's plenty of content to enjoy for the price tag.

Pixel Graphics and a Fun Soundtrack 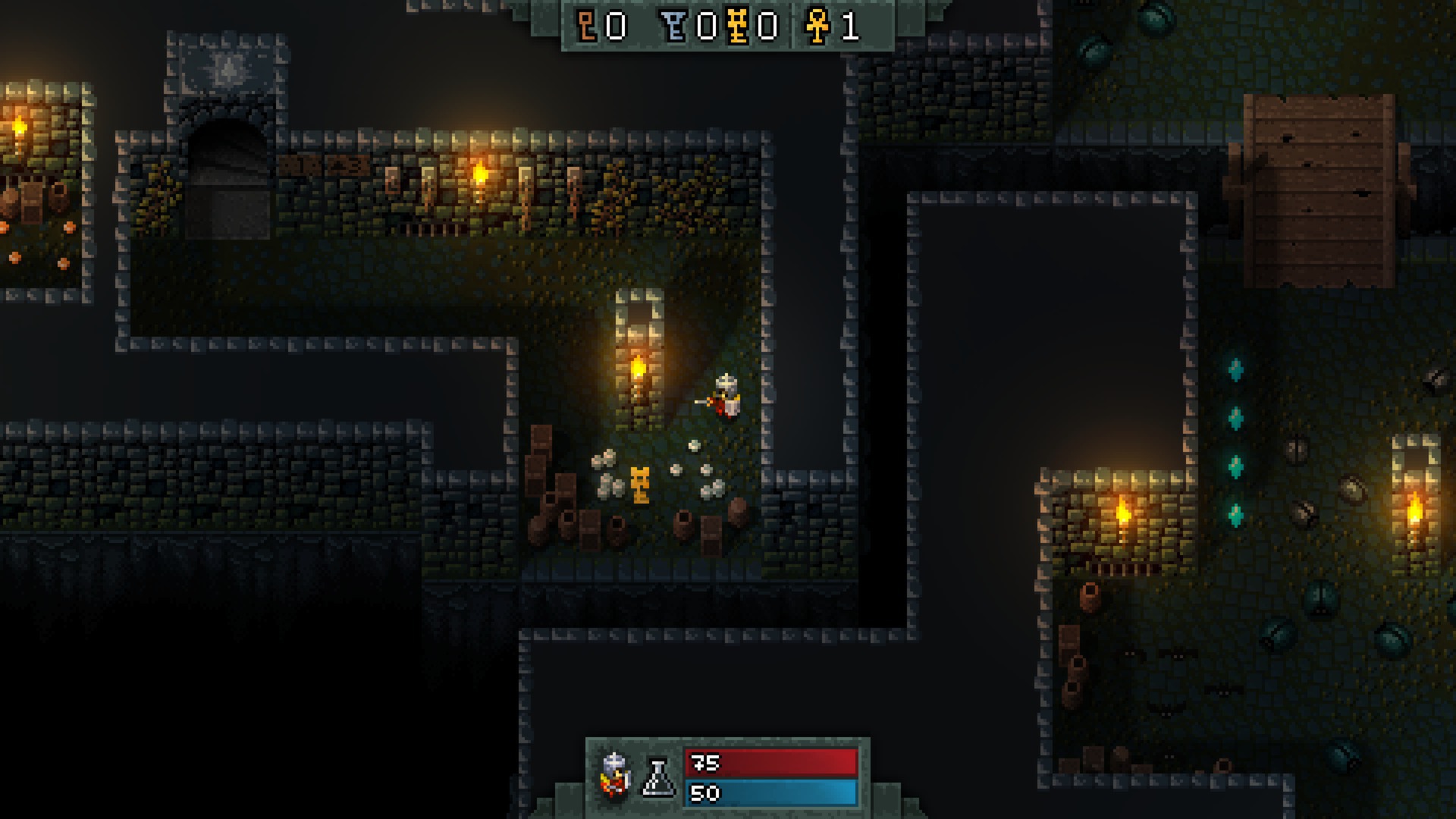 The retro pixel-art of Hammerwatch makes for some detailed environments and incredibly smooth animations. While the environments don't vary too much from level-to-level, there's enough intricacy to the level design to keep your eyes engaged as you search for secrets.

The soundtrack for Hammerwatch combines a mixture of modern sounds and retro touches. A solid bass line of percussion is accented by retro flourishes that seamlessly combine with guitar rifts. It's a multi-faceted soundtrack that always made the action feel epic.

As a solo experience, Hammerwatch leaves a bit to be desired. If you plan on playing cooperatively, it's a fun and reasonably priced dungeon crawler that is easy for anyone to jump into.