Hack-and-slash platformers are the backbone of many modern titles that have brought the formula into 3D action epics. Games like Dark Souls and Nioh were inspired by classics like Prince of Persia and Ninja Gaiden. As an homage to these classic titles, Hidden Dragon: Legend seeks to carve out its own place as a 2.5D platformer that pulls inspiration from these other games.

Does this game manage to create a unique hack-and-slash adventure with smooth and responsive combat, or does it fail to capture the magic of the games that inspired it?

A Story With Steady Foundations

The story in Hidden Dragon: Legend has pretty good setup, but unfortunately it doesn’t go very far with it. There is lore to be read that fleshes out the story a bit, but nothing is very well developed. The opening with our protagonist, Lu, is certainly intriguing.

You find yourself the sole survivor a prison massacre, with no memory of how you got there.You make your way out, only to uncover a power hidden within you, and members of the Organisation ready to attack you on sight.

During the opening chapters, characters fly by without any real time to be developed. Unfortunately, the voice acting also leaves a lot to be desired. On the one hand, the campiness of it is pretty funny, but it doesn’t seem like the intention was for it to be funny.

Lines are delivered with very little emotion, and stiff writing doesn’t do much to help the situation. It’s not a game that focuses too heavily on the plot, but there’s seeds here for something much better. The foundation is solid, but the execution leaves a lot of room for improvement.

A Mixed Bag of Gameplay Elements 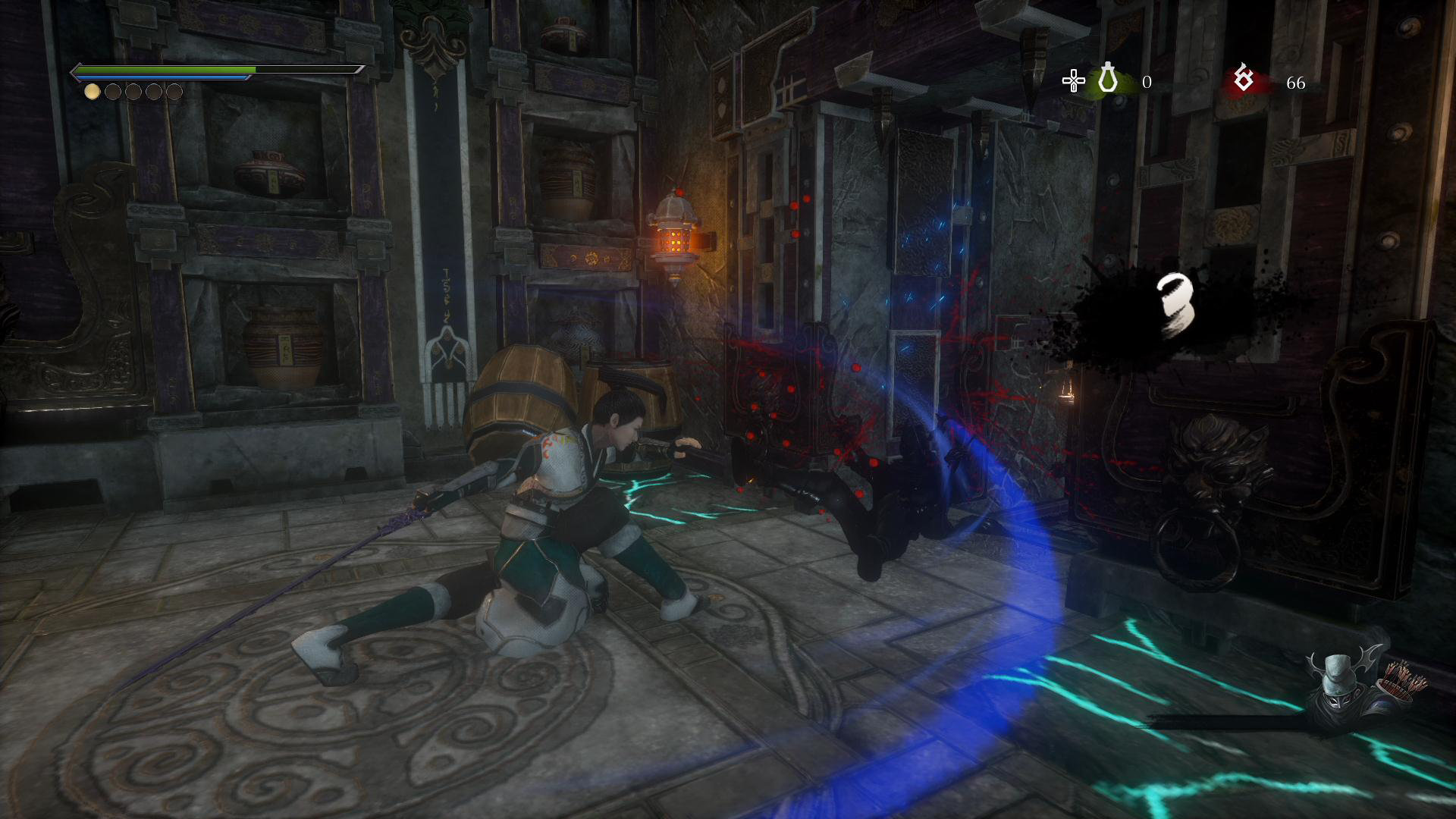 First impressions of Hidden Dragon: Legend’s gameplay are strong. The combat looks flashy and feels pretty good. A dash ability gives you the option to dodge attacks as well. As you continue to play, however, the cracks start to show.

For starters, the combat never feels truly smooth as it begins to diversify and you encounter new enemies.. Individual attacks look fine, but connecting multiple combos together, or interrupting yourself to dodge in the middle of an attack is not very responsive. It ends up feeling clunky in practice.
The combos and attacks don’t string smoothly together, and transitions never feel natural. As a result, it’s hard to gauge both your attacks and the attacks of your enemies. Pattern recognition and reflex-based decisions, which are often the pillars of this genre, are very difficult to pull off in Hidden Dragon: Legend.

This is made more frustrating by the enemies that tend to be damage sponges. Even standard units take more than several hits to take down. Larger enemies feel like mini-bosses and come one after another in quick succession.

The option for upgrades and purchasing new combos is nice, but one thing that baffled me, was a rising cost for health potions. Each time you purchase one, the cost goes up, making it more difficult to get them when needed. Beyond the option to purchase them, the only way you can find them is randomly throughout the level. These are the only way to recover health.

With a constant influx of overly powerful enemies, and a rising cost of health potions, the odds are stacked against you in Hidden Dragon: Legend, and not in a way that feels fair. Even your special abilities, which can easily turn the tide, take an incredibly long time to charge up.

Much like the combat, the mechanics of Hidden Dragon: Legend don’t seem to be in balance. Some tuning to the enemy health, a more reliable way to heal yourself, and more accessible abilities would go a long way here.

Between bouts of combat, you’ll also be asked to do some light platforming. Again, this is a good idea, but the stilted animations make it very difficult to judge your jumps. With no ability to grab ledges, you need to stick the landing or risk plummeting down.

When you boil it down, my two major issues with Hidden Dragon: Legend stem from the stiff combat and platforming, combined with the drastically unbalanced mechanics that make the game more difficult for all the wrong reasons.

That’s not to say it isn’t fun, but it does become frustrating very quickly.

The presentation in Hidden Dragon: Legend is a mixed bag when you take everything together. While environments look nice and have some solid detail, the character models are pretty plain. The animation both inside and outside of cutscenes is also very stiff.

Combine this with voice acting that fails to hit the proper emotions, and you have a very disoriented experience. I hesitate to say that Hidden Dragon: Legend is a poor game, because it has a lot of strong fundamentals.

My issues come from the fact that these fundamentals break down when the game tries to be difficult and goes about it the wrong way. Furthermore, the combat’s stiff and clunky feel really takes away from what should be a smooth and seamless experience.

If you’re looking for a great hack-and-slash game, you should try out the games that inspired Hidden Dragon: Legend first. If you catch it on a sale, it’s worth checking out if you like challenging experiences. Unfortunately, the challenge here is for all the wrong reasons.

A copy of Hidden Dragon: Legend was provided to PS4 Experts for review purposes