The gaming community is many things. It can be a wonderful place where like minded gamers make friends and enjoy an entire landscape of art, fun, fantasy and so on. It can also be a toxic place for online trolls that prefer to make the experience miserable for all those around them, because misery loves company and trolls are clearly miserable. Am I right?

Moving forward, let's set the misery aside for a moment. This article isn’t meant to be about the positivity nor the misery of our community. It’s about honoring a fellow gamer and really seeing how the landscape of video games affected his life. 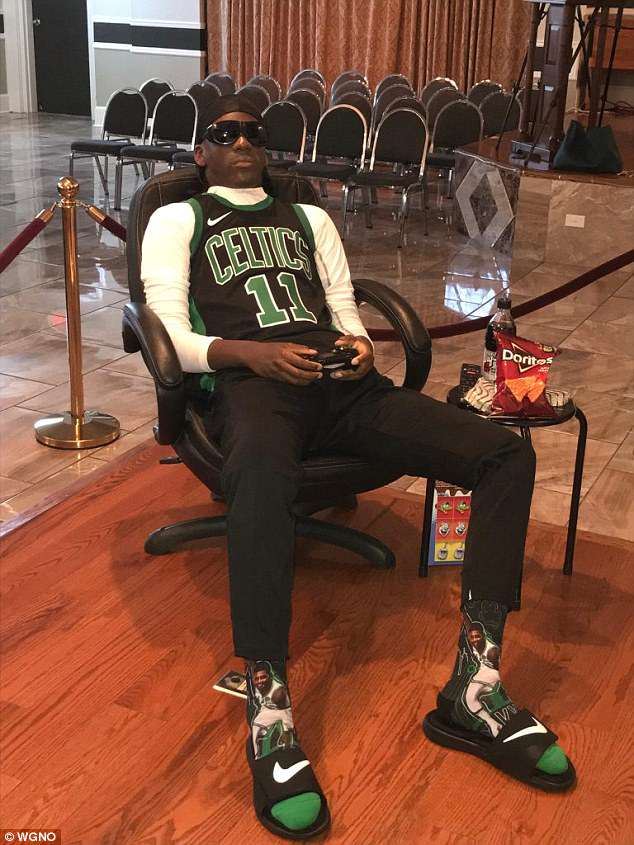 Renard Mathews was only 18 years old when he was shot and killed in his neighborhood during a shooting. While authorities have yet to comment on the murder of this young man, his aunt claims he was walking his new dog when this heinous act took place. He was robbed of his cellphone and worse yet, his life. This New Orleans teen was taken too soon, but in his death, a cord has been struck within our gaming community.

There are many things about Renard that we don’t know. I had not met him nor played any games with him online, but I do know he had a great love for video games. He was said to be a bit of a homebody and after the way he tragically died, I cannot say as though anyone could blame him.

Renard’s family wanted to mourn him in a way that I personally applaud. Rather than lay him down in a casket, he was propped up in what I refer to as a gaming chair, with a bag of doritos, drinks, and other snacks on the table at his side. He held a PS4 controller in his hands and wore Boston Celtics gear and I assume he was playing NBA 2K as his favorite team on the TV screen.

It is important to remember loved ones for who they were, be it good or bad. In this case, Renard is remembered by his family as a high school student, a recreational basketball and football player. A good kid and a wonderful son. His most notable trait seemed to be his passion for gaming.

As a father, a gamer, and a human being in general, my condolences go out to Renard Mathews and his family. I cannot begin to imagine the grief this family is going through, but I would like to express my respect and appreciation for the way Renards family honored him during his wake. I only hope that his wake and story and will help spread some love within the world and our humbled gaming community.

From one gamer to another, Game Over, Renard. Rest in peace.