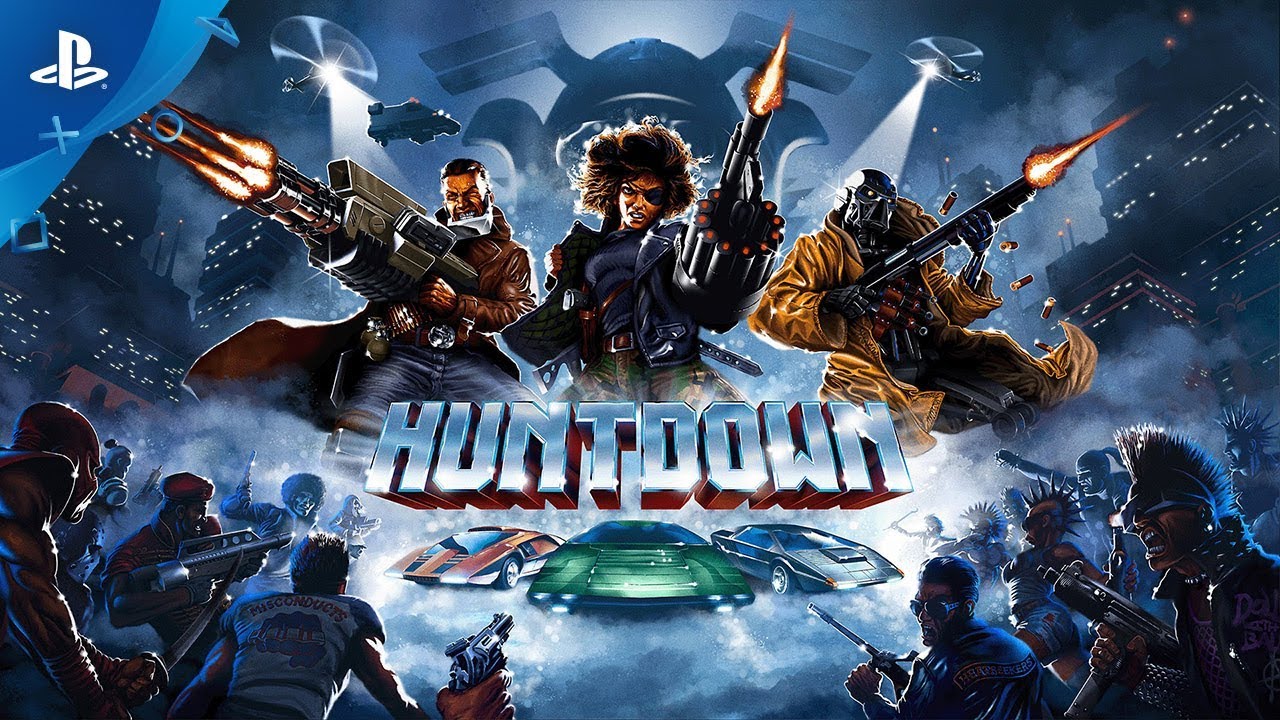 When it comes to side-scrolling action shooters, most people will probably think of Contra, but me? I have the fondest memories of sinking quarters into a Metal Slug arcade machine, or playing through the anthology on my PS2.

When I first saw Huntdown, I got similar vibes from this 80s action movie-inspired shooter. The launch trailer in particular featured some excellent narration with cheesy one-liners. I loved the style, but now that I’ve gotten my hands on the full game, does it all come together? Or, does this shooter fail to carve out its own identity? Let’s find out.

Huntdown makes a great first impression with its stylized art and narrative framework. Playing as one of four bounty hunters, you go against the grain of society and take justice into your own hands. The idea of working your way through the ranks of different gangs means that there’s plenty of room for creativity.

There’s actually a little extra story to be found in the briefings before you go on a mission. With plenty of bosses to tackle between bouts of fighting enemies, these descriptions do a nice job of giving you some background before you fight your way to them in person.

I don’t expect a ton of story from this type of game, but there’s more to Huntdown’s narrative than you may expect. The only real issue I have is more of a missed opportunity. The launch trailer for the game (embedded below), had this amazing 80s style narration and was packed with hilarious jokes like “he’s been a man ever since he was a boy,” or “her jacket size? 38 special.”

I was really hoping to see that 80s cheese throughout the game, and some of it is there. Characters occasionally offer quips during combat, but rarely did they make me laugh. Bosses themselves are all very unique and often have ridiculous attacks to match their personalities, but I found myself wanting more of that 80s action satire that the trailer hinted at.

It’s more of a preference than anything, but I think that kind of tone throughout could have given the game more of its own identity. It does a solid job on its own, but that last touch would have elevated the whole style for me.

Moving on to gameplay, Huntdown is a finely tuned machine of pure violence and explosions. Levels are relatively short, but the boss fights are numerous and varied. One moment you’ll be fighting a guy who squeezes in workouts while you rumble, only to later fight a woman clad in armor with a flamethrower.

The sheer amount of personality in the designs makes me wish for that narrative hook even more. Gameplay purists will love the tight pacing and rush of boss fights throughout, even if the adventure is a little on the shorter side.

Collectibles and the challenge to finish entire levels without dying offer some replayability as well. The local co-op option is perfect and works well for the most part. I will say that particularly chaotic scenes full of explosives and numerous projectiles can make it difficult to keep track of yourself, but the overall experience is responsive and consistently action-packed. \ 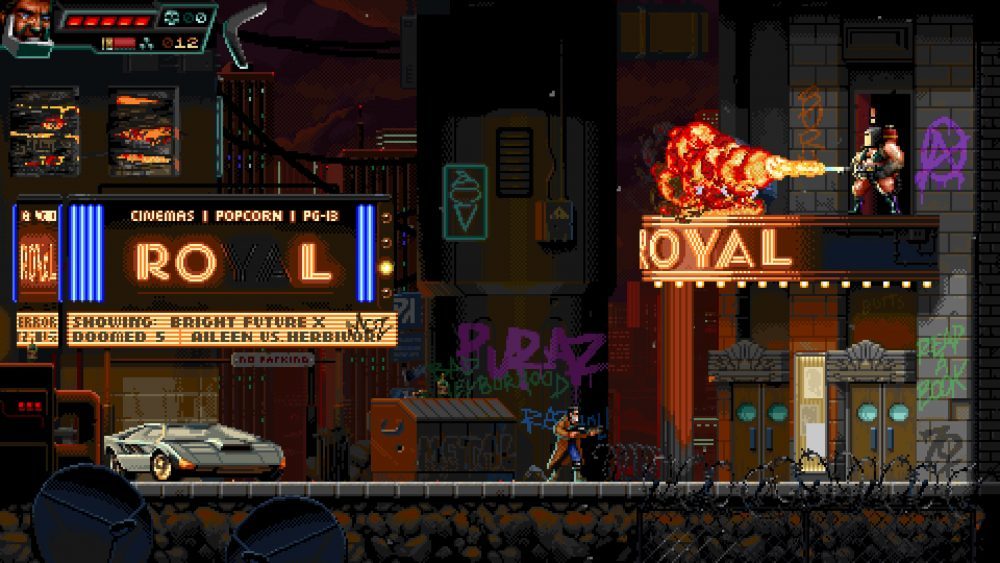 Huntdown features a sleek pixel art style that has a ton of detail across both the levels and character animations. The 80s cyberpunk dystopia look works incredibly well and reflects excellently in character designs.

It’s the kind of arcade shooter that hits all the right notes, but doesn’t do quite enough to truly stand out. I think a longer length and more focus on the 80s movie satire we saw in the trailer would have gone a long way towards achieving that, but as it stands, there’s plenty of chaos and challenge to be found in Huntdown’s arcade action.

A copy of Huntdown was provided to PS4 Experts for review purposes.