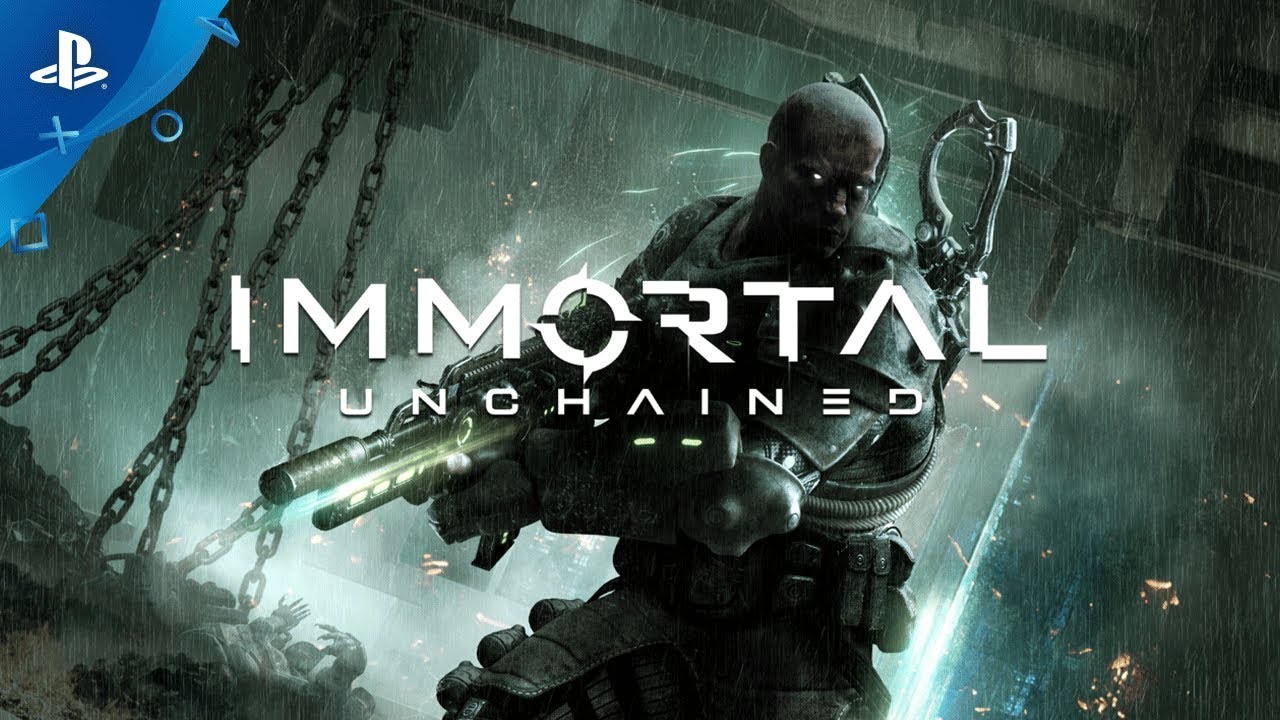 The popularity of the Souls games has led to the creation of more and more hardcore RPGs that focus on pushing the skills of players to the limit. Many of them adopt a similar style and setting, but Immortal: Unchained has taken things in a new direction. With a world that feels like a mixture of science fiction and dark heavy metal album covers, it certainly makes a positive first impression.

The game also eschews the typical melee-focused gameplay for a focus on guns. While some tenants of the Souls formula are still there, Immortal: Unchained does a lot differently. Is this enough to give is a place in eternal halls of gaming? Let’s find out.

A Fresh Take on a Familiar Formula

I’ve played plenty of games that borrow from the Souls formula, and after a while they all start to feel the same. Perhaps the most successful step away from the typical formula was The Surge, but even this title relied heavily on melee like the games that inspired it.

Immortal: Unchained takes a new stance by switching things over to gunplay. Pistols, rifles, snipers, and the like are your primary death dealing devices. You still have a melee weapon, but it plays second fiddle to the rest of your arsenal.

The storyline of the game also takes a more straightforward approach, but it does so with a heavy hand. The game’s opening cutscene and subsequent ones after that drop a lot of information very quickly. They do so through narration and leave the rest of the story to small tidbits you find in the environment.

It’s a lot to absorb, and while I thought it was all pretty interesting, it would have been better to spread the story out into more cutscenes or in-game items. Of course, stories in these types of games are usually cryptic and sparse, so this approach is at least a different take.

Once the opening is finished, you’ll spend time creating your character and choosing from a variety of classes. The gameplay structure is pretty standard for the formula. You’ll find Obelisks where you can save your progress and spend your XP.

If you perish (and you will), you drop whatever XP you had and must retrieve it before dying again. The Obelisks will also serve as your spawn points. The game’s maps are mazes of different pathways and while some of them are more open than others, their general structure feels pretty similar across the experience.

There’s some variety in the enemy and boss designs, but the strategies you’ll use to dispatch them are fairly limited. For example, just about every enemy has a weak spot on their back. Bosses telegraph similar moves and attack patterns, despite looking different for example.

The guns feel pretty good, but the free aiming feels a little too loose. I usually relied on the lock-on to ensure my shots were heading the right direction. Being that this is an RPG, your stats will play into how well your guns work from a damage and accuracy standpoint.

While this makes sense, it also led to moments where I would fire into an enemy point blank and the bullets would somehow miss due to my gun and character stats. It looked a little ridiculous in the moment.

Without any shields in the game, you’ll need to rely on a dodge roll and cover to avoid incoming attacks. The dodge roll feels pretty good, but other animations like the melee feel stiff. There’s also the fact that using a health pack takes a very long animation to complete and doesn’t allow you to interrupt it.

Once you’ve finished the opening area, you’ll unlock a hub that takes you to other worlds where you’ll enjoy varied environments, but similar structures. Ultimately, the gunplay feels good enough to make Immortal: Unchained stand out for me from the pack, but I would have liked a little more responsiveness to the control and more variety in the enemies and bosses.

Some Kinks in The Armor 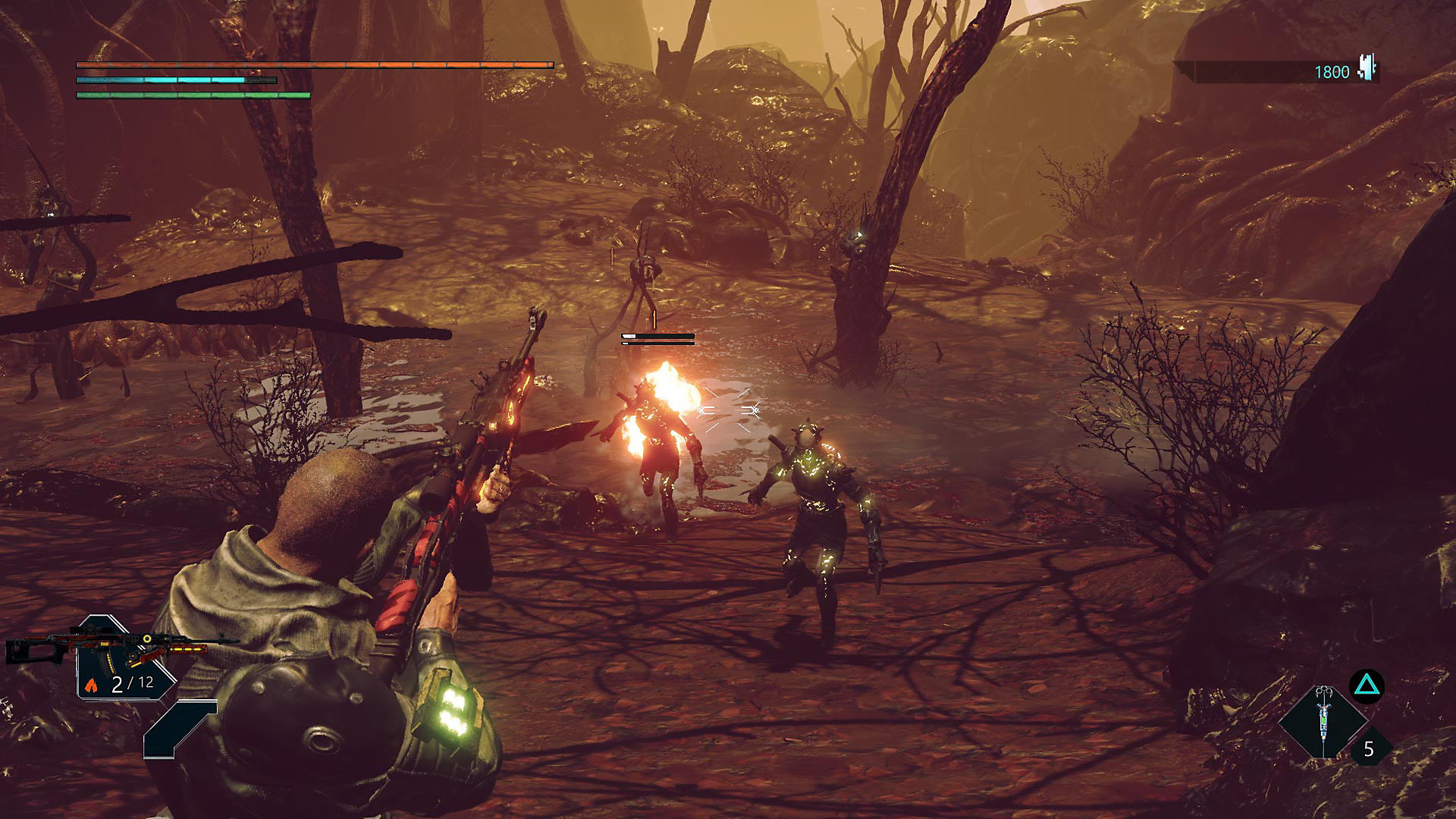 While some have reported issues with glitches and crashing, I didn’t run into any of these issues during my time with the game. Continued patches have done a great job of ironing out small issues as well, so the developers are supporting the game consistently since launch.

While Immortal: Unchained doesn’t rewrite the formula, for me it was a breath of fresh air. I prefer the concept of a hardcore RPG with gunplay over melee in this type of setting, and the game’s aesthetics were horrific enough to really bring the dark science fiction style to life.

If you’re tired of dungeons and dragons in other Souls games, Immortal Unchained will offer plenty of twisted vistas and grotesque enemies to blast with your myriad of guns. Don’t expect it to reinvent the wheel, but if you need a change of pace it’s certainly worth a look.

A copy of Immortal: Unchained was provided to PS4 Experts for review purposes