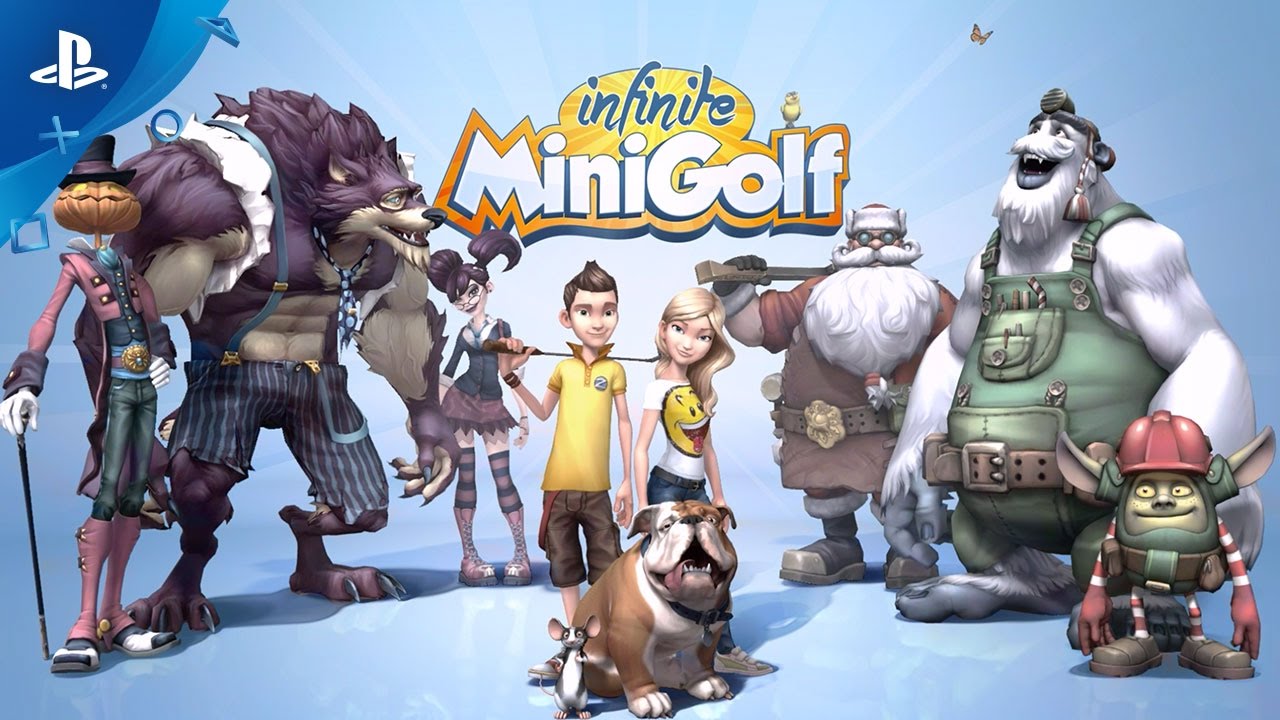 I'm not a huge fan of standard golf, but I'll never say no to a good game of minigolf. There's just something so alluring about the whacky courses and simple rulesets. Infinite Minigolf from Zen Studios seeks to capture all of this in a package that offers nearly unlimited courses to choose from through the use of a course creator and player-made levels you can check out.

Add VR support and it sounds like you've got yourself a hole-in-one. Is it as good as it sounds, or is this one a bogey? Read on to find out!

A Premise That Appeals to Gamers of All Ages

Since there's no story in Infinite Minigolf, let's talk about the broad concept here. This game allows you create a custom avatar and enjoy a wide range of courses across three distinct themes: a larger than life bedroom, a Christmas/winter theme, and a Halloween theme.

Within each of these, you'll find several sets of developer-made levels that span across multiple holes. Once you've seen some of this, you can check out a course editor. The editor gives you all the tools to create just about any kind of minigolf course you can imagine.

A point-system combines the standard golf strokes like par, bogey, eagle, and so on, with gems that add to your points and bonuses for specific actions. Toss in some power-ups that give you an added advantage, and you have a solid premise for a game of minigolf.

Here's where it gets interesting. Not only can you play the game offline with several people (passing the controller around), but you can also play online with any of your friends.

VR support is included for those who want to try it out in virtual reality. The game plays identically in VR and doesn't sacrifice a single thing.

When playing online, you and your friends all play at once within the same course. No waiting for turns, just constant action as you see a transparent form of your friends playing alongside you. Everything is separate so you don't influence each other's games, but it keeps everything flowing at a great pace.

The developer levels are available to you, but you can also access any user-generated levels from PS4, Xbox One, and PC! A real-time counter on the main menu shows how many total courses are available to play.

It started at around 1,500 when I first played the game, but as of this writing it was well over 5,000 and growing. Infinite indeed! So, all of this sounds great, but let's talk about how it plays in action.

Now that we have a broad overview of Infinite Minigolf, let's talk about how it plays in action. You'll aim your shot with the left stick and pull back on the right stick to set the power level.

Power-ups can be collected and used with the "X" button, and that's about it. The controls are incredibly simple, which is a double-edged sword. On the one hand, anyone of any skill level can jump in and enjoy this game.

On the other hand, it doesn't leave a lot of room for skilled players to make more complex shots. You only have so much control, and without power-ups, once you hit the ball it's up to physics.

Thankfully, the power-ups do add some strategy to the mix, but I didn't see them used a whole lot in my time. Usually, they were thrown in to facilitate crazy shots and hole-in-ones, which was always a visual treat but didn't require skill so much as luck.

My other complaint is the camera. Often times the ball would get stuck next to a large object or behind something, and since the camer is always behind your character, I ran into situations where my view was blocked. This made an already difficult shot even harder.

That's the risk you run with user-generated content, but despite this, I always had fun playing Infinite Minigolf. At no point was there not a smile on a face.

I think my favorite mode was online with a friend of mine. We're always looking for new games to play together and the seamless multiplayer with simultaneous gameplay was absolutely perfect. We had an amazing time.

Sitting in a room with all of my favorite people, passing the controller around and cheering as we made impossible shots was exhilarating. There's no wrong way to play Infinite Minigolf, and despite its simplicity it's still an incredibly addicting experience. Infinite Minigolf has a fairly robust character creator with the option to change your gender and race. You can also unlock a variety of clothing options, haircuts, and accessories. You'll start out looking pretty generic, but you can certainly get your own look as time goes on.

Completing challenges and racking up coins will level up your character and give you currency to buy new customization in-game. The levels themselves have lively backgrounds and classic minigolf obstacles like moving objects, elevators, and other interactive level elements.

I think my only wish is that we had more themes and variety to the levels. The actual structure of courses is almost limitless, given the robust creator that allows you to choose from a wide variety of track parts, interactive elements, and power-ups.

All of these can only be framed within the three provided themes. So, visually, you'll see the same three themes over and over again, even if the levels themselves are always different.

I would have liked more interactive elements as well. Challenges like a remote-controlled monster truck driving around a circle in the level is awesome, and flying gyro copter that carries your ball across the level is sweet, but I wanted more of the zany elements you expect from a minigolf course.

It's truly a testament to how well the foundation is laid here. Everything fits together into an amazing minigolf experience. All the modes are there, and the online multiplayer is exquisite. The level creator and cross-platform support for user-generated content give the game a huge amount of longevity.

The themes are cool and power-ups are interesting, but more options would have added even more to an already excellent framework. Beyond my camera gripes, I can't recommend Infinite Minigolf enough.

It's a great game for the price point, and VR support is perfect. While it could have done with a little more depth and some additional visual themes to keep the presentation interesting, that doesn't stop this from being the most fun I've had with golf in a long time.