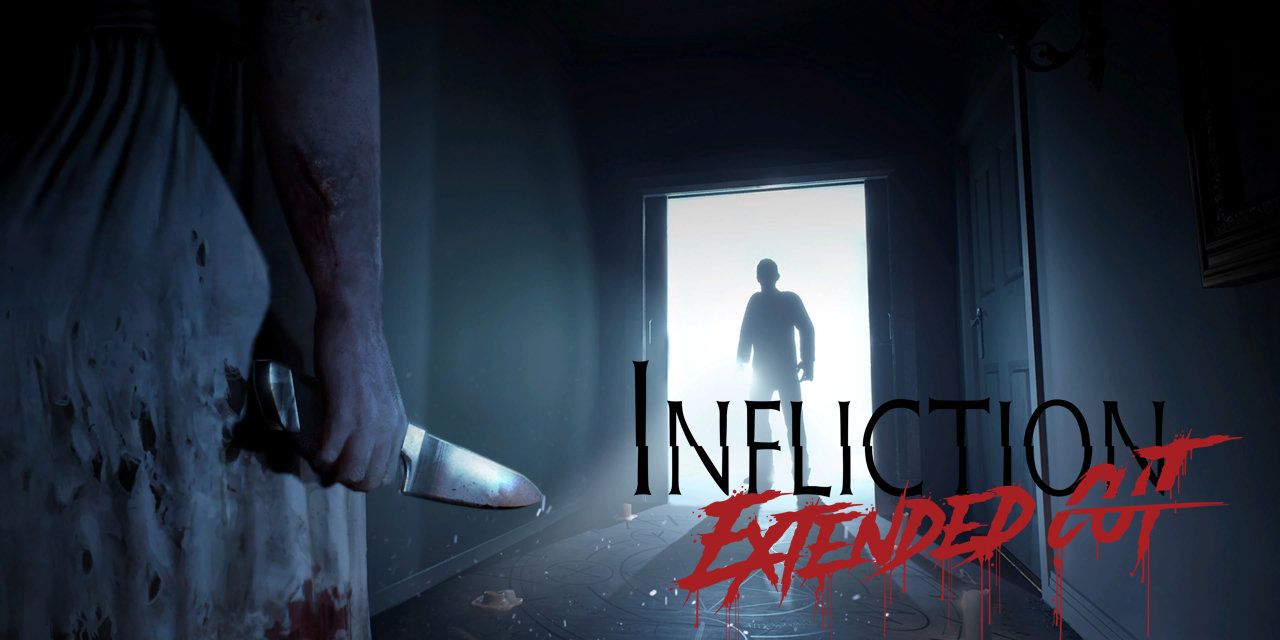 While horror games have seen a resurgence this generation, there have been plenty that failed to be truly scary. Those that opted for a VR version usually nailed that part, but it’s difficult to put a game on a flat screen and truly terrify the audience. Infliction: Extended Cut is a new horror game for PS4 that’s largely the work of a single person.

Like many other games made by small teams, this horror title does a lot more than you would expect. Is it enough to make it truly terrifying, or will you be inflicted with boredom by the end? Let’s find out.

An Overwhelming Sense of Atmosphere and Dread

Those who have played or seen footage of the infamous “P.T” demo (which will sadly never become the Silent Hill game it was intended to be), know that it spawned an entire subgenre of horror that focused on thick atmosphere, exploration, and careful examination of your environment.

Playing Infliction: Extended Cut immediately calls to mind a similar feeling. Yes, part of it is the fact that you’re being haunted by a terrifying female spirit in a nightgown, but the common thread for me here was the atmosphere.

You start the game at night, arriving to find airplane tickets that were left at the house. From the moment you step inside, you feel like something is off. Everything looks pretty normal, but the darkened corridors and ominous radio broadcasts lay down a thin layer of uncertainty.

In terms of story, Infliction: Extended Cut provides depth and backstory through unlockable memories that you find through the various environments. These can be everything from specific objects to written documents and journals. They are often paired with some voiceover as well, and can be viewed in the main menu.
The actual events that happen over the course of the game take you to environments beyond the house, and back to it with major changes to keep things fresh throughout the 4 hour or so runtime.

It’s a story filled with heavy subject matter, tragedy, and themes of addiction. Needless to say, it can be heavy at times, but it adds appropriate context to the environments you find yourself in, and the characters you hear about in the various unlockable memories.

There are some light puzzle elements, but the majority of your time is spent exploring and looking for specific items you need to progress the story. While the game does have a lot of scripted deaths, it’s also possible to be caught by the spirit that haunts you, which can result in everything from a jump scare to some gruesome death animations.

One thing I liked a lot about Infliction: Extended Cut, was that it knew how to utilize its villain to maximum effect. You always feel like someone is looking over your shoulder or waiting just around the corner, but the danger itself is never so prevalent that you end up in a loop of frustrating deaths, which some horror games are guilty of this generation.

This allows the tension to build to a boiling point as you play. Even without headphones, the subtle creaks, whispers, and footsteps permeate the room around you. It’s horror that knows how to use tension and atmosphere to build uncertainty and dread in the player. This means that when shocking scares do come, they’re that much more effective.

One thing I did miss from the proceedings was a sprint button. The movement felt overly slow, especially in situations where I felt threatened. It would have been nice to have more freedom of movement, especially when you find out some of the ways you can defend yourself from the spirit.

When it was all said and done, Infliction: Extended Cut had a strong story that felt unique among the other horror games of the genre. The atmosphere, tension, and scare factor were also exceptionally high for me, which is a great thing for a horror experience. Once we dive a little deeper into the presentation, however, we can see some of the cracks.

Infliction: Extended Cut could teach horror lessons to a lot of other games. When it works, it works incredibly well. That being said, there are times when it shows its budget. Specifically, this is in regards to characters and animations.

There are a few times when you see another person in the game, and they have a distinct lack of detail to them. Their movements are also odd. This works for the spirit, who would occasionally have a small glitch in the way her hair moved, but otherwise exhibited terrifying movements. For a normal person, though, it looks incredibly out of place in an otherwise highly detailed environment.

Despite this, the environments look great and offer some nice variety as the game goes on. The sound design is truly the MVP here, however. I have trouble thinking of a horror game with atmosphere this intense, other than something like RE7, and even then, Infliction: Extended Cut goes beyond that in certain situations.

Atmosphere in a horror game for me is the vast majority of the experience. It’s a careful balance of audio design that makes you second guess every movement, and knock-out moments that make you jump out of your chair. Infliction: Extended Cut has this in spades, and smartly focuses on the buildup throughout the experience.

As a horror game, it’s absolutely terrifying. As a game made largely by a single person, it’s incredibly impressive. For these reasons, Infliction: Extended Cut is easy to recommend for those who want a good scare. Bonus points if you’re brave enough to use headphones.

A copy of Infliction: Extended Cut was provided to PS4 Experts for review purposes.