Games can be inspiring in their own right, but sometimes it’s the stories behind the game that inspire you even more. Interfectorem, a new horror visual novel for PS4, has a solid story, a fair price, and some truly riveting moments. It was also created by a team composed primarily of 4 middle school girls. Having won the annual Grand Prize at Girls Make Games Demo Day, the game raised $12,000 on Kickstarter before finally making its way to the PS4.

In a world where entire games are made by a single person, or by small teams like this one, it’s incredible to glimpse a preview at the next generation of game developers. In the end, though, is Interfectorem a scary treat, or does it fall short of what it tries to accomplish? Let’s find out.

A Dark Story and a Blast From The Past For Me

The story surrounding the development of Interfectorem, and the story within the game itself takes me back to my early days as a middle school student who wanted nothing more than to be a successful writer. Back then, my dream was to write the next great horror, fantasy, or science fiction novel.

To an extent, that dream remains a burning ember in my mind, though I’ve found success in my craft that fulfills me and my needs just fine. Still, one day, I’ll write that book and get it published. Tying things back to Interfectorem, one thing I loved to do back then was include titles or lore that used Latin. To that point, Interfectorem is Latin for “killer,” which fits pretty well here.

In this game, you play as Alis, who lives alone with her younger sister in the woods outside of town. You can read more about the premise, but I’m going to be vague here since the game is short and works best if you go in with as little knowledge as possible.

After a shocking murder sends Alis and her Isaiah on an investigation to find the killer, things quickly start to spiral out of control. The body count rises, and the mystery becomes ever more intriguing. As a whole, the story is quite gripping in the later half, but things were a little too slow for me in the opening chapters.

The story also has a lot of ideas that don’t have a lot of time to breathe. This is something I was guilty of in my early days of writing. I would jump from one scene to the next without much regard for pacing or believability, and Interfectorem is guilty of that in several moments where a little more meat on the scene’s bones could have gone a long way towards making it feel complete.

As a young writer, any idea that sounded good was left in (editing was something I learned much later). A few of the characters and subplots in Interfectorem have some interesting implications, but the pace at which the core story moves doesn’t give you much opportunity to get attached or to explore their backstory. It’s a testament to the quality of the writing as a whole that I want to know more about the people and the world, so moving this quickly can truly be a double-edged sword.

On the one hand, I liked the pacing and the urgency, but on the other hand several moments felt far too rushed. The only other qualm I had from a story perspective was the dialogue. It works perfectly well for the most part, but a few characters used certain words or phrases that really didn’t fit with their character’s personality origin. In moments like that, the casual dialogue hampered the immersion somewhat.

In terms of Gameplay, Interfectorem has a few interesting ideas that also don’t get enough time to develop into something more interesting. Your standard ability to click on items in the environment is here, like any visual novel. Multiple dialogue options let you say all kinds of things ranging from normal to over-the-top if you wish.

The game does feature multiple endings, which is a nice touch if you want to play more than once. A few times, it also pushes the genre into interesting directions, such as the inclusion of turn-based battles that I really enjoyed.

When it’s all said and done, Interfectorem is a unique gem of a visual novel. For a mere $5, the price is perfect for the experience you receive. It has its flaws, like any creative work, but it also has some genuinely interesting ideas in both its story and in its gameplay that I would love to see explored in a larger work.
The writer here is not someone with years of industry experience, but as a fellow writer, I can see the raw potential in the broad strokes of the game’s story and world, and that alone makes it worth the price of entry for me.

A Style That Truly Subverts Expectations 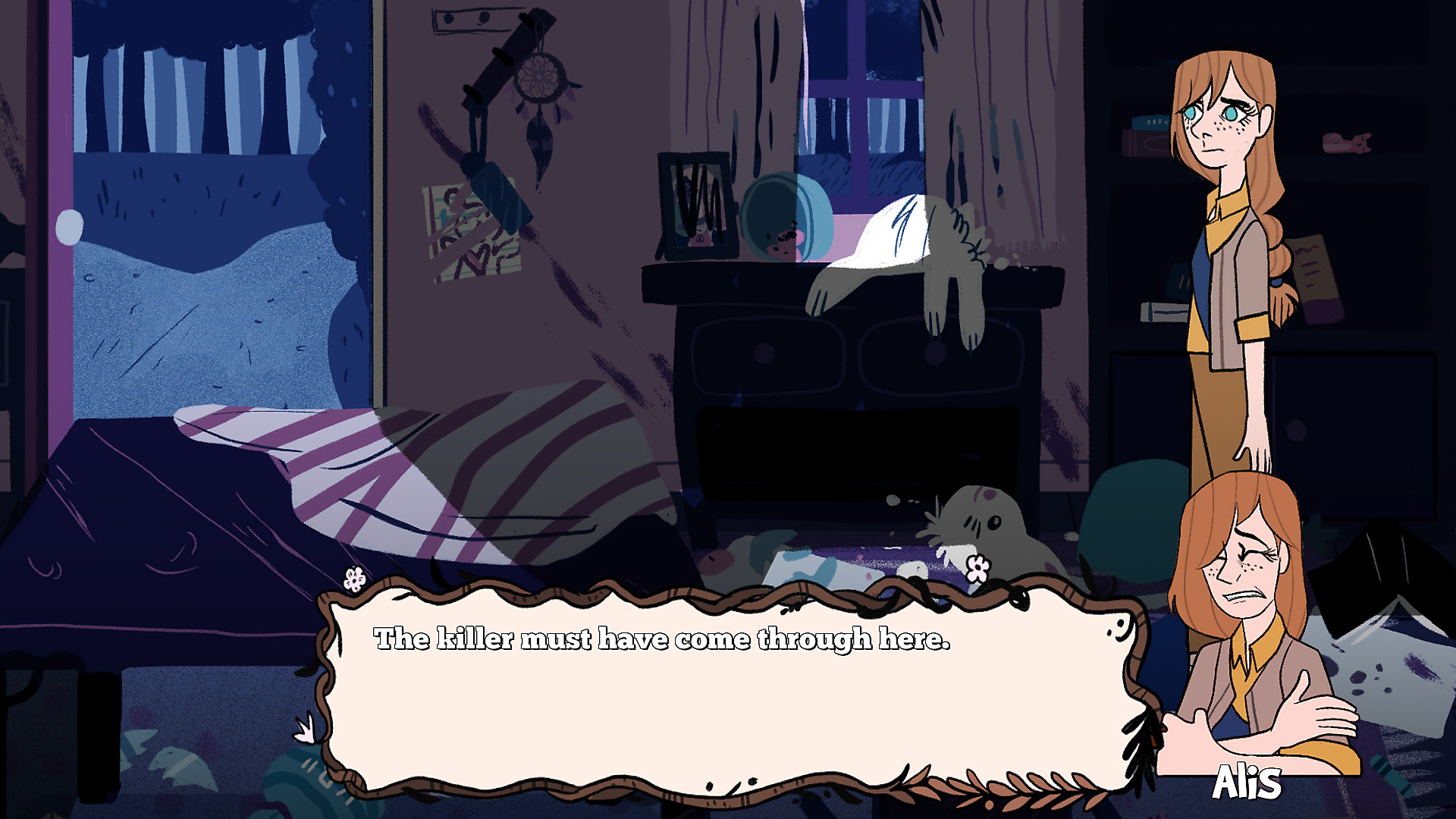 Interfectorem’s colorful and hand-drawn art style makes it hard to believe it’s going to be a horror game if you go into it with no knowledge of the premise. The characters look like they could easily appear in lighthearted comic, and yet, the style is used to great effect later on when those idyllic environments become the scenes of horrifying carnage.

The character portraits also deserve special mention as they convey an impressive amount of emotion during conversation. There was one bug I noticed where character’s names would not display properly, but this usually fixed itself over the course of the conversation. Instead of having the name written out below the portrait, the letters would stack on each other, which clearly wasn’t intended.

Having just finished my playthrough of Interfectorem the night prior to writing this review, I still find myself thinking about how it all came together. It’s a short experience, yes, but one that injects fresh ideas into both the narrative and the gameplay. Considering the team behind it, it’s an incredibly impressive effort.

The story entertains, and the mixture of humor and horror offers something different than what we’re used to. Ultimately, Interfectorem shows that the Team Who Must Not Be Named has some serious talent. I for one am very excited to see what they come up with next.

A copy of Interfectorem was provided to PS4 Experts for review purposes.