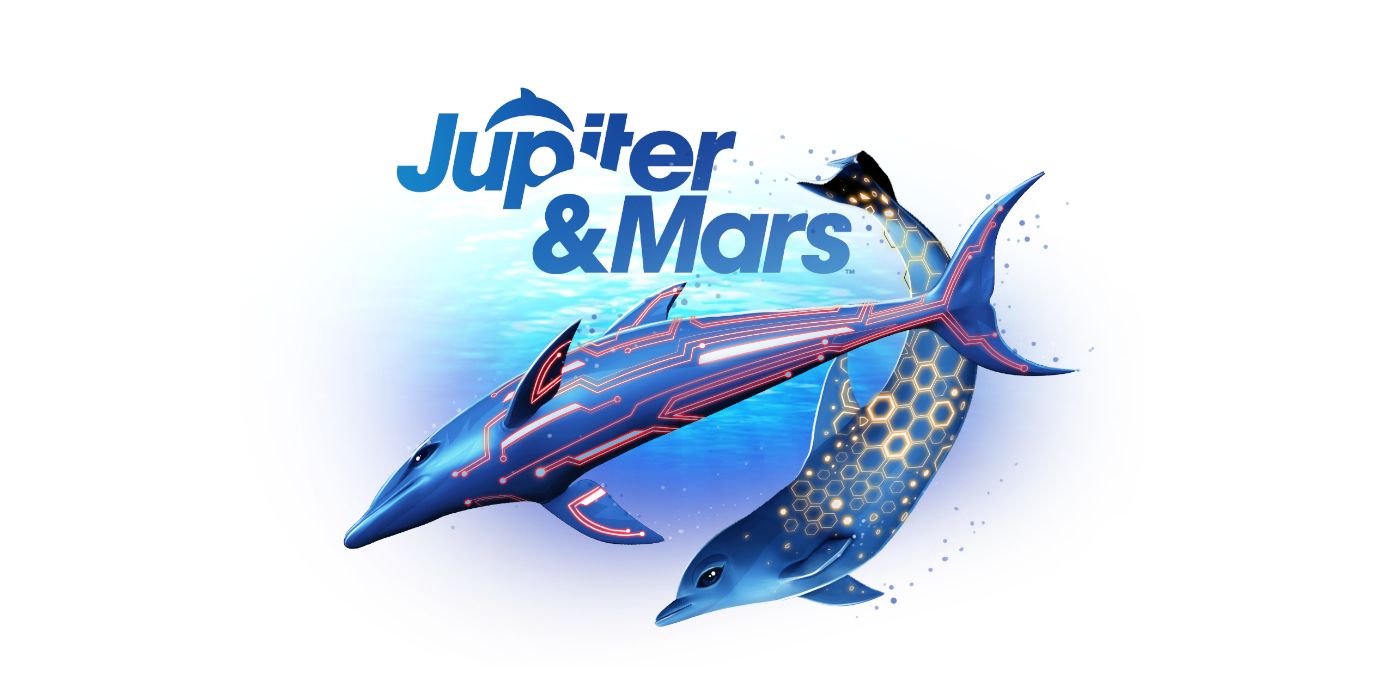 There have been a few games in recent memory that weaved a real-world cause into their story in unique ways. The first example that comes to mind is Never Alone, which preserved an entire culture within its story and included real interviews with people from the game’s tribe. Games have the ability to teach and inform while they entertain, so it’s a wonder why more developers haven’t taken advantage of this.

Jupiter & Mars is here with a story about two dolphins who set out to rid the ocean of humanity’s technology long after we are gone in the hopes of saving life underwater. Does this haunting look at a possible future strike inspiration into your heart, or does this game sink instead of swim? Let’s find out.

Calling Attention to a Real Problem

When I first saw Jupiter & Mars, my mind immediately went to Ecco the Dolphin back on the Sega Genesis. I was terrible at that game, absolutely atrocious as a kid, but I loved it anyway. It was beautiful, haunting, and kindled my love for the ocean.

It’s no secret that today’s oceans, and the planet a whole, is in danger. Climate change is real, extinction is real, and our oceans are suffering more than most from our pollution, waste, and disregard for the planet’s health.

While I don’t advocate pushing an issue to the point where it ruins an experience, I think there is a way to balance entertainment with information in gaming. Jupiter & Mars sets up a story where humans have left the Earth behind. Our cities have been flooded, and only our technology remains.

It’s these creations that damage the oceans and threaten life across the planet. The elder whales send two dolphins to turn off these machines and bring prosperity back to the sea. You play as Jupiter in first-person, while Mars swims at your side at all times.

The story does touch upon a few tones that point to the broad issue, but any real-world connection is buried in a menu. The game actually supports two charities: SeaLegacy and The Ocean Foundation. You can find some short videos in the game’s menus that introduce these charities and teach you how to support them (beyond buying the game).

I loved this as it lended some real weight to the gameplay, but the approach is far too distant to really draw a profound connection. I would have loved to see video clips, perhaps between levels, that you could watch to learn more about how our oceans are in need of help from a scientific perspective. It doesn’t have to be forced, but it could have been an opportunity to connect the game’s events to our real oceans.

Instead, Jupiter & Mars focuses more on the story and world it has created, which is fine, but it lacks a greater perspective that I think would have elevated the experience. From a gameplay perspective, the controls are simple and easy to use. You swim forward with R2 and use the square button to send out a pulse that frees captive creatures or interacts with the environment.

The X button sends out a echolocation pulse which highlights items you can ask Mars to ram to with the circle button. Things like rocks or objects can be shattered, but they don't offer any real reward. You will find creatures to free and clam shells that can be opened to reveal collectibles.

Abilities do come as you progress through the game, allowing you to swim against strong currents or dive deeper. These allow you revisit prior areas and access new locations in the pursuit of collectibles.

Played on a standard TV screen, Jupiter & Mars is fun, if a little simplistic. The only real threat comes from jellyfish (which can be shrunk with your echo pulse), and the aforementioned human machines that send out a pulse at regular intervals. These are disabled by finding their generator and ordering Mars to destroy it.

Death simply puts you back a short distance without any loading screen. I will say that the loud squeak that plays when you “die” is a bit jarring, especially with headphones on. With optional VR support, Jupiter & Mars is indeed better with PSVR as it allows you to take in the scope of the more familiar environments and steer by tilting your head.

As a relaxing experience, Jupiter & Mars succeeds in providing an interesting world to explore, but the environments lack enough detail or interactivity to really keep you engaged for long periods of time. Dodging jellyfish and disabling tech adds some challenge, but not enough to really test the skill of the player. 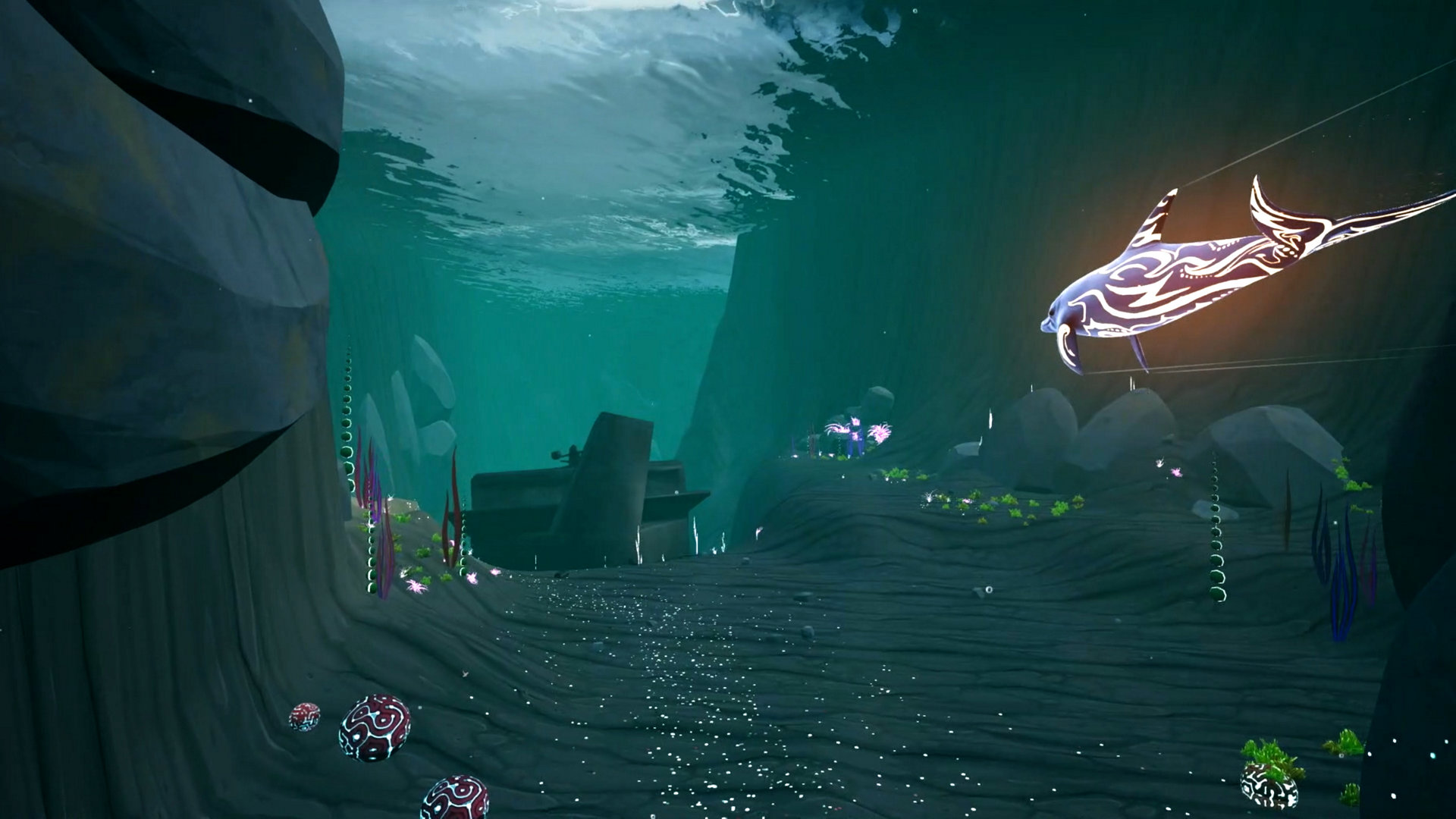 While the environments can often feel a little empty, the bright neon colors and vast scope of Jupiter & Mars in VR is quite nice to behold. Despite the dip in graphics quality, I vastly preferred the immersion of VR for this title, so if you have a headset, that would be the best way to play in my opinion.

The controls are simple enough for anyone to pick up and play, which is a plus. The music is also upbeat and futuristic, which goes well with the art style and the general rhythm of the game.

While I would have liked to see more connection to the real oceans of the world, or perhaps more varied gameplay, Jupiter & Mars is still an interesting title for VR owners, and your purchase supports a worthy cause. For those reasons, I recommend checking it out.