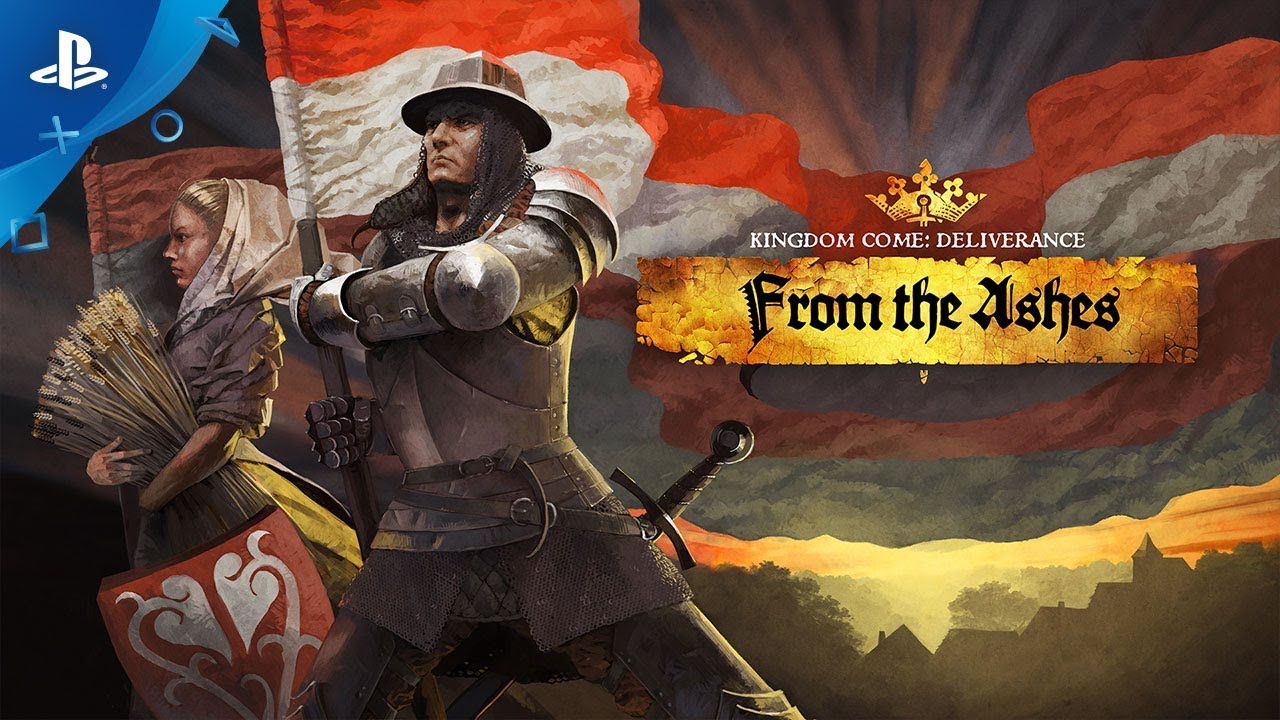 Kingdom Come: Deliverance was, and still is, a unique RPG that focuses more on realism than anything else. Gone are the dragons and spells you’re used to, replaced by historical accuracy, personal hygiene, and the problems of a boy thrust into the world of men.

Since launch, Kingdom Come has received plenty of tweaks, fixes, and patches. Now we also have our first DLC in the form of the From Ashes expansion. In this new content, Henry is put in charge of rebuilding a town and running it as the bailiff. Does this new content integrate well into the experience, and more importantly, is it worth the $10 price tag? Read on to find out.

Building Upon a Solid Foundation

While there were plenty of divisive reviews for Kingdom Come at launch, those who are interested in trying the game out should know it’s a far more polished and approachable experience now. You may have heard about the notorious save system, which only allowed you to save your progress when you slept or drank a specific drink.

These things are still in the game, but there’s also the opportunity to save and quit whenever you want now, which really helps the games in my opinion. Someone like me, who doesn’t have a lot of time for long sessions with any one game really appreciates this addition.

With some much-needed bugs fixed and some helpful tweaks, now is the perfect time to try out Kingdom Come: From The Ashes. Unlike other DLC packs, this expansion is only playable once you’ve reached a certain point about fifteen quests into the game’s main story.

That means that new players will have to wait to see it in action, and veterans will have instant access, but the experience will vary widely between each type of player. The goal of From The Ashes is to rebuild the town of Pribyslawitz after a major milestone in the game’s story.

Since both new and returning players will be checking out From The Ashes, I’m going to keep spoilers here to a minimum as far as the game’s main quest goes. That being said, I’m going to have to point out a few details to make my point.

To access the DLC, you’ll need to survive the game’s first major battle. This refers to both a large scale conflict and a 1-on-1 encounter with your first real “boss.” Now, if you’ve read much about Kingdom Come, then you know the combat is a mixed bag.

While it’s nice and realistic, it’s also clunky and odd in motion. Therefore, if you’re rushing through the game to get to the DLC, you may find the boss just before it begins a major obstacle between you and the content you paid for.

I know, because I decided to play the game from the beginning to refresh my memory and see how the DLC merges into the rest of the experience. It took me about 8 hours to get to the DLC, without partaking in any side quests.

That’s a pretty hefty bill to get to your content, and without much deviation, I found the boss to be pretty challenging this time around as I was using basic gear and had talked my way out of things up to that point.

From a story perspective, the DLC’s location makes perfect sense. Unfortunately, choosing this location also makes it difficult and long for new players to quickly reach it. It’s also at the point in the game where you’re just starting to make some money. It would have been nice to reap the DLC rewards earlier on before combat becomes a priority.

Despite the seamless integration from a story perspective, From The Ashes would have benefited more from being a standalone tale that players can engage in at their leisure. This would give new players the chance to immediately enjoy the content, while returning players could look forward to a brand new story, instead of a minor one integrated into the one they already finished.

The story in From The Ashes is pretty simple and really only exists to drive the construction of the town. As a bailiff, Henry will be responsible for making decisions and sorting out issues with the villagers, but otherwise, your quests will involve gathering resources to build new structures and further progress towards completing the village.

More of a Morsel, Less than a Meal 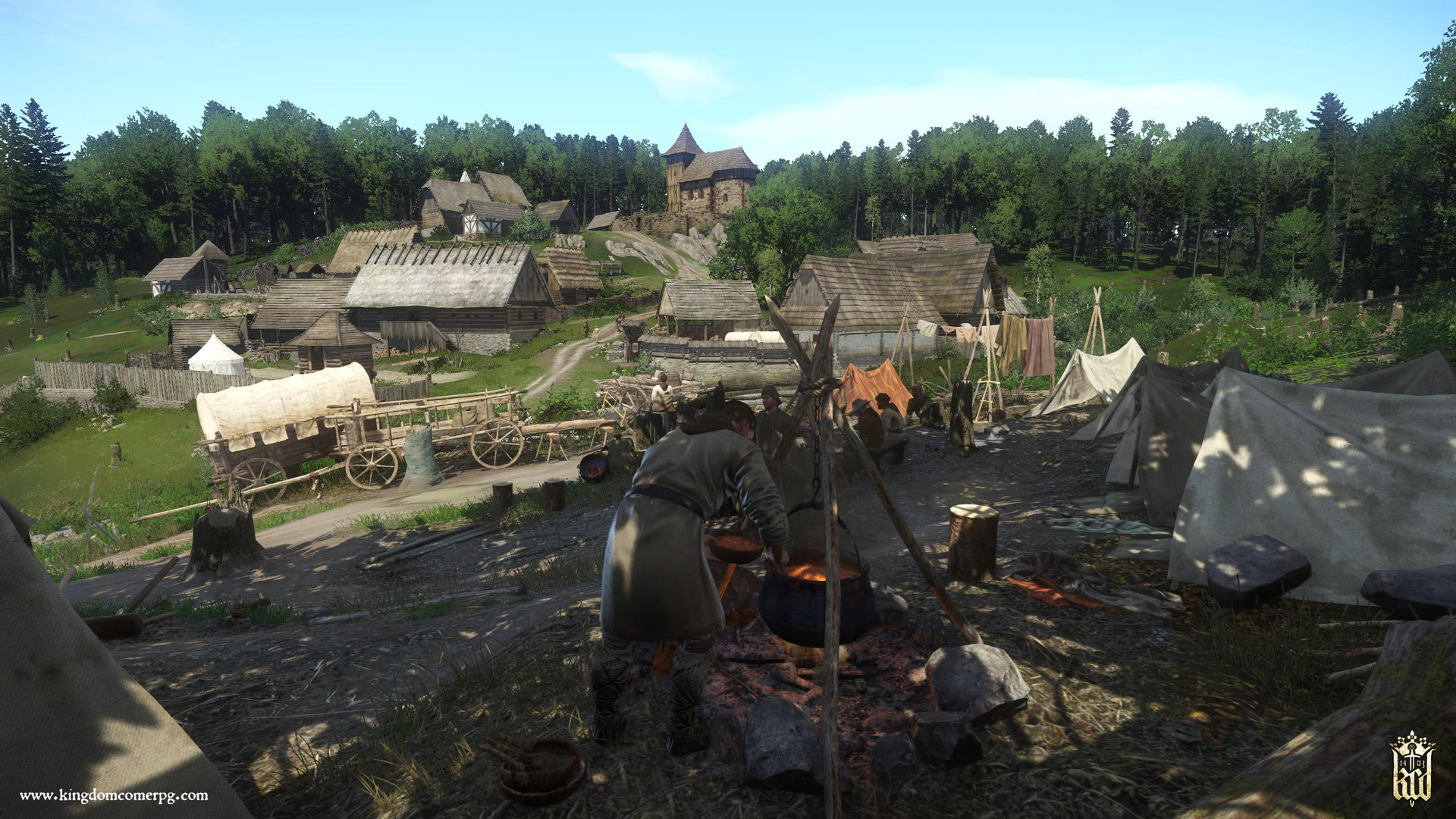 There are only a limited number of places to build, so you’re forced to make choices between different structures. This sounds good, in theory, but it also doesn’t make you feel like you’re building a fully functional location in the game’s world.

Much of the scope this DLC could have had is more limited than I expected. It started with the limited land space, which again, makes sense, but it continues into other mechanics. Henry’s house, for example, is more of a shared building than his own private quarters.

The ability to recruit people to your town is also quite limited. This is compounded by the fact that the DLC's story, beyond integrating well into the main plot, doesn’t add a lot to the experience as a whole. It introduces some intriguing ideas and a solid source of income, but it doesn’t represent the “expansion” that it’s billed as.

For $10, I wasn’t expecting a giant addition to Kingdom Come, but From The Ashes feels like the foundation of something that could have been truly great. Compared with the rest of the game, the limited scope and complexity pale in comparison.

A copy of Kingdom Come: From The Ashes was provided to PS4 Experts for review purposes