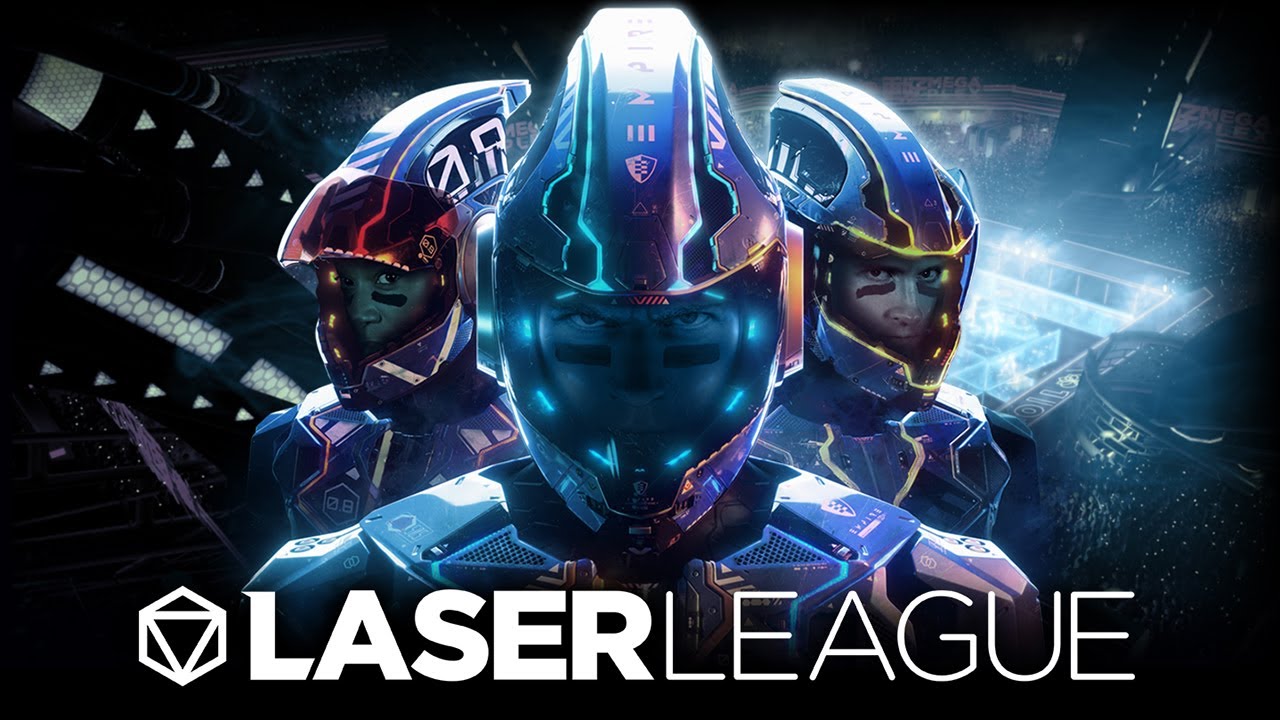 The rise of eSports has also given birth to games designed entirely around a competitive multiplayer concept. Some have risen up the ranks and become entire leagues of their own, while others fall into obscurity. Laser League, out now on PS4, is here to throw its hat into the ring.

With a unique concept centered around taking control of laser fields and leveraging unique class abilities, Laser League is certainly not something you’ve seen before, but is that enough to make it the next competitive classic? Read on to find out!

Laser League has a futuristic setting and a huge variety of customization options for you to unlock, but you’re not going to find a story to tie everything together. Even so, the neon arenas and team logos, along with the aforementioned customization, give the game it’s own unique flavor.

A detailed tutorial does a great job of conveying the basics of the game through playable segments. It also teaches you a valuable wraparound mechanic, which allows you to walk through one wall of the arena and appear on the opposite side. The concept is simple: your goal is to eliminate the other team’s players by utilizing your class abilities and laser segments in the arena.

Laser segments begin as a neutral color until a team member runs into it. This will turn the entire segment into your team’s color. You can pass through this color as many times as you want, but if you touch the enemy’s color, you’re done.

There’s a large variety of maps to play on, all of which offer different sizes and patterns of lasers. For example, one map will have lasers that fire off like bullets across the map when you trigger them.

Another map will have a laser segment in the center that covers a large portion of the map. At the beginning of each round, players will rush to grab this strategic point and switch it to their color. Your fellow teammates can revive you, but if everyone goes down, the round ends. Each match consists of three rounds that are played until a team reaches three points.

The final winner is determined by a best of three, so if one team wins the first two rounds, they take the match. Laser League could have honestly just stuck with this mechanic, and it would still be a fairly deep strategic experience, but the game has plenty more to offer.

In addition to the lasers, there are also class abilities, modifiers, and power-ups to enhance the experience. Power-ups are pretty self-explanatory, but they can really change the layout of the arena very quickly.

There are six classes to choose from, each of which offers a different ability. Things like Shock can incapacitate enemies and leave them vulnerable to your lasers in the area.

Others, like Ghost, make you invincible for a short period of time. You can also apply modifiers that change how the skill functions. Sometimes it reduces cooldown or other times it can enhance your ability’s effectiveness.

Then you have a class like Blade, which was honestly the only one I didn’t like. The Blade class gives you a short-range melee attack that you can use between cooldowns.

This melee attack is an instant kill if it connects. Where the other classes offer the opportunity to utilize the lasers around you, Blade simply offers a way to get the job done. A class like this undermines some of the experience for me and feels overpowered in comparison to the other options.

More often than not, I found myself being killed by a blade attack, instead of a strategic play using the lasers on the map. Don’t get me wrong, I died a lot from the lasers too, but I that aspect of the game is its strongest feature. To undermine it with an attack that doesn’t require any lasers at all seems like the wrong move.

It’s possible that the game could be patched to potentially balance this class, but as it stands, the Blade ability just sticks out like a sore thumb in an otherwise well-balanced competitive experience.

Despite this, I had a really good time playing Laser League. Beyond the online 2v2 and 3v3 matches, you can also do local multiplayer if you need to settle a score in your living room. You’ll accumulate experience towards your overall level, and there’s plenty of challenges to keep you busy as well.

The rewards are purely cosmetic, but they do offer you the chance to tailor your character and profile to your liking. As always, I would like to see some sort of single player option, but the fact remains that Laser League hits all the right marks for a high-quality competitive experience.

Vibrant Visuals and a Slick Style 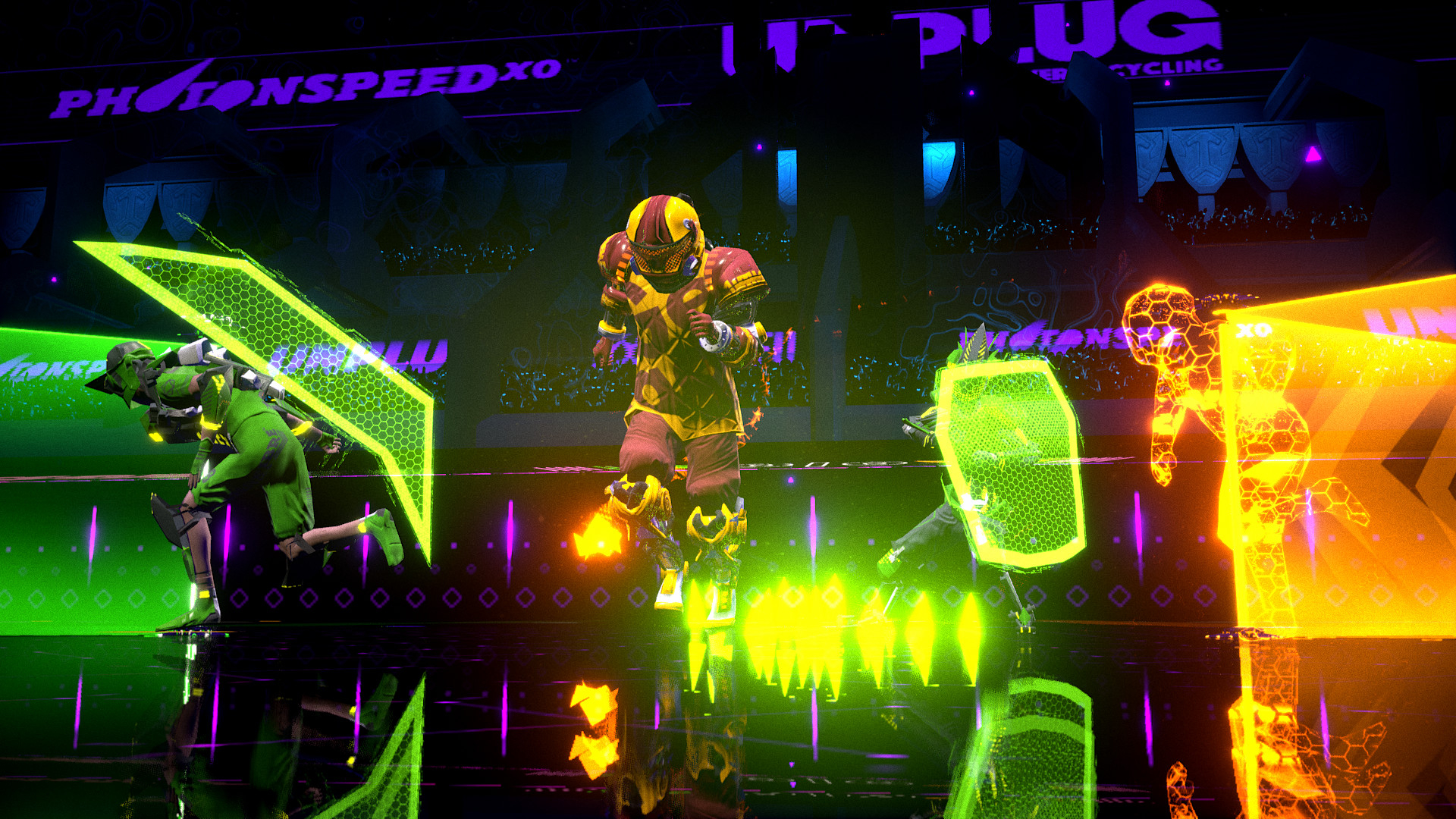 Laser League is played from an isometric (top-down) perspective, so you’ll see the whole arena at all times. The action moves along at a rapid clip, with a smooth framerate that never stutters, even when the arena is awash with lasers.

The use of vibrant neon colors also makes each match incredibly exciting. The team colors are also distinct enough that there’s no confusion during heated matches. All of this combines with a synthetic and futuristic soundtrack that complements the rhythm of the gameplay very well.

When you boil it all down, Laser League has the potential to be a very successful eSports title in the vein of other heavy-hitters like Rocket League. While I do have an issue with one of the classes, it’s not enough to dim the rest of the experience.

The excellent presentation, combined with a truly unique gameplay loop, make this a must-have for competitive gamers.