Adventure games have a new lease on life these days. More and more are appearing on the PS4, ranging from casual experiences with hidden object games to classic adventures remade for new audiences. Falling into the former category is Lost Grimoires: Stolen Kingdom. This hidden object casual adventure title features a fantasy kingdom and a young alchemist who returns home from her training to find the kingdom in turmoil.

With alchemy as one of the game’s mechanics, there’s certainly an interesting hook here. Does this game manage to stand out based on that alone, or is it too much like the other fantasy adventures out there? Read on to find out!

A Tried-and-True Story With Sparks of Creativity

The set up for Lost Grimoires: Stolen Kingdom, is familiar. You return from your time at a University studying under a master alchemist, to live with your Uncle that has raised you since your parents disappeared.

After all of these years, you still don’t know where your parents went, or what happened to them. Soon, you are pulled into a mystery that spans the entire kingdom. It all begins with a vigilante, an amulet, and the allure of a mystery to pull you along.

While the initial premise isn’t extremely unique, there are elements of Lost Grimoires: Stolen Kingdom that showcase some unique elements. There were certainly a few twists and turns I didn’t see coming, and the alchemy element does play into the story, along with the main character’s family and the mystery behind their disappearance.

While other elements were somewhat predictable, the overall story managed to keep me engaged throughout the playtime, and offered a few genuine twists that I really enjoyed.

The majority of your time in the game will be spent exploring areas searching for objects you can use to solve puzzles, solving said puzzles, and combining various things together to progress. One thing that Artifex Mundi games have always done really well, creates an excellent sense of cohesion between the world and the puzzles.

You’ll come across seemingly disparate elements, but ultimately all of them will somehow come into play and create a consistent flow from one puzzle to the next. It’s wonderful and satisfying when everything begins to fit together. 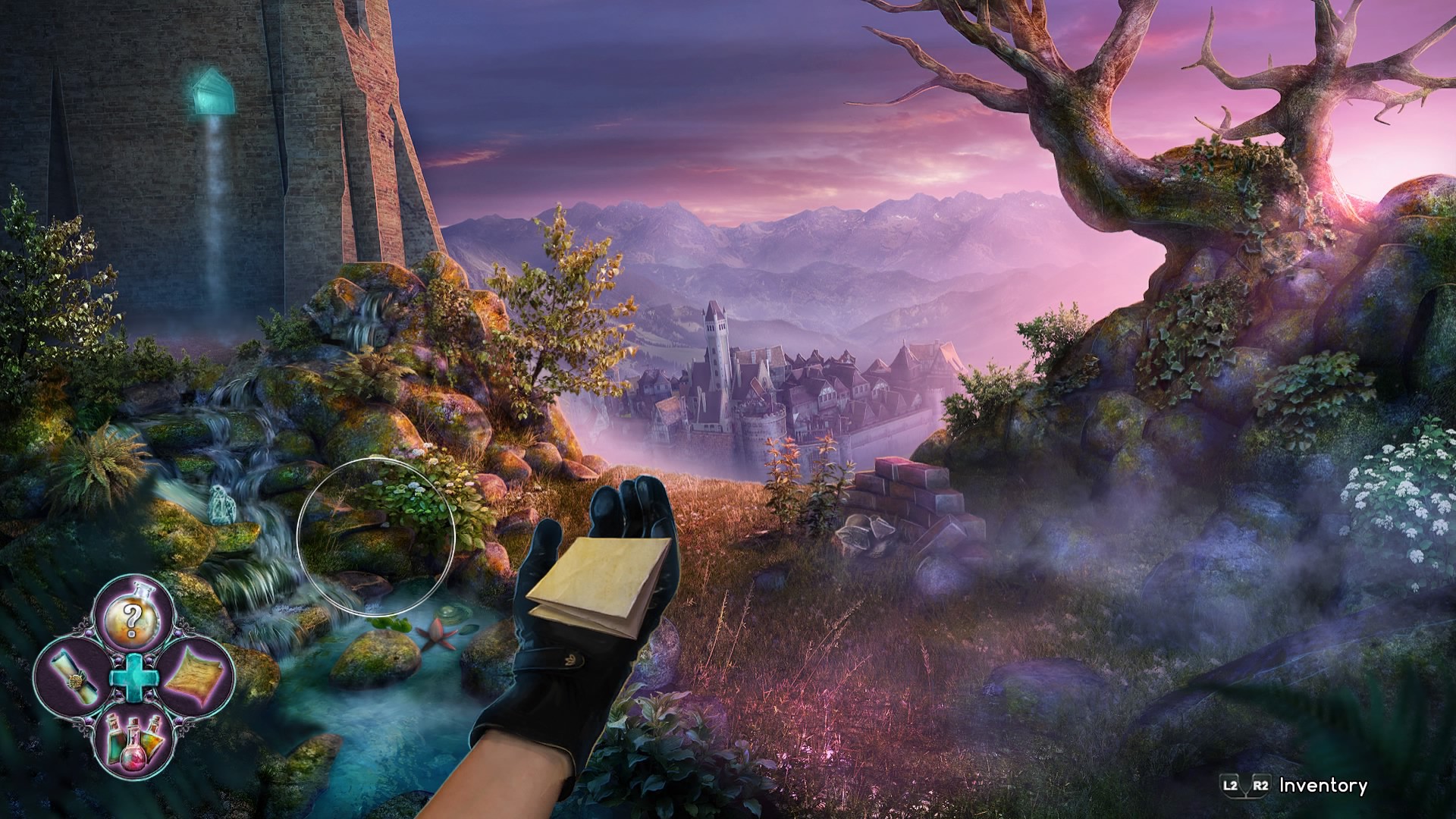 Sometimes everything is in the same area, but other times you will backtrack and switch areas to finally procure the items you need to trigger a puzzle. The puzzles themselves range from very easy, to fairly difficult, but never true head-scratchers, which is fine for this type of game.

The types of puzzles tend to repeat more than I would like, but there’s still enough variety in the puzzle structure that it never feels like you’re doing the same things over and over. Hidden object mini games break up the pacing with fun distractions where you must locate objects in the environment, or combine certain things together to reveal objects you can’t see at first glance.

Beyond all of this, Lost Grimoires: Stolen Kingdom also includes a unique alchemy mechanic that plays into the puzzle solving and story. As part of your exploration, you’ll come across ingredients that fit into recipes. These recipes create items that you can use to solve further puzzles in the world.

When you find all the ingredients for a particular concoction, you play a simple puzzle with rotating discs and colored gems that represent elements and molecules. These little brain teasers never really evolve over the course of the game, but it did make me feel like a true alchemist at work.

Lost Grimoires: Stolen Kingdom is a solid adventure with clever puzzles, cohesive flow, and a unique element in the form practicing alchemy.

Gorgeous Art With Some Blemishes 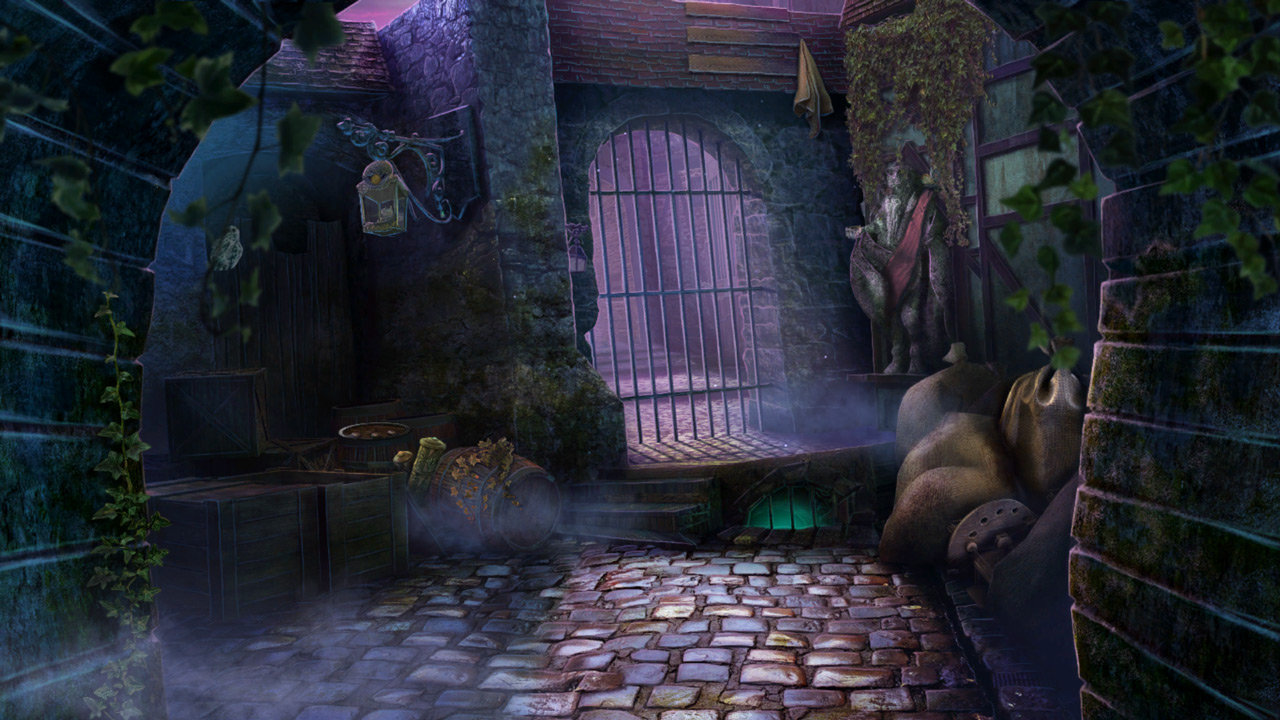 Character models are equally detailed, but the illusion begins to falter when they go into motion and speak. While the lip sync is better here than in other similar titles, it still looks stilted and awkward when compared to other styles of animation.

The voice acting is also a mixed bag. The main character does a good job of delivering her lines, but at times it feels like she’s reading the line out loud instead of acting it out. Her tone tends to stay the same or she over embellishes the lines.

Other characters deliver solid performances, with a few side characters coming across a little goofy in their delivery. Overall, it’s a colorful presentation with beautiful art that suffers somewhat from the animation and voice acting.

I enjoyed Lost Grimoires: Stolen Kingdom for its puzzles and the approach it took to alchemy. The satisfying ebb and flow to the gameplay were better than ever. The small blotches in the presentation aren’t enough to damage the overall experience by any means.

If you’re a fan of hidden object games and casual adventures, Lost Grimoires won’t rewrite the formula, but it does offer a fun adventure with some unique elements and great pacing in its puzzles.

A copy of Lost Grimoires: Stolen Kingdom was provided to PS4 Experts for review purposes