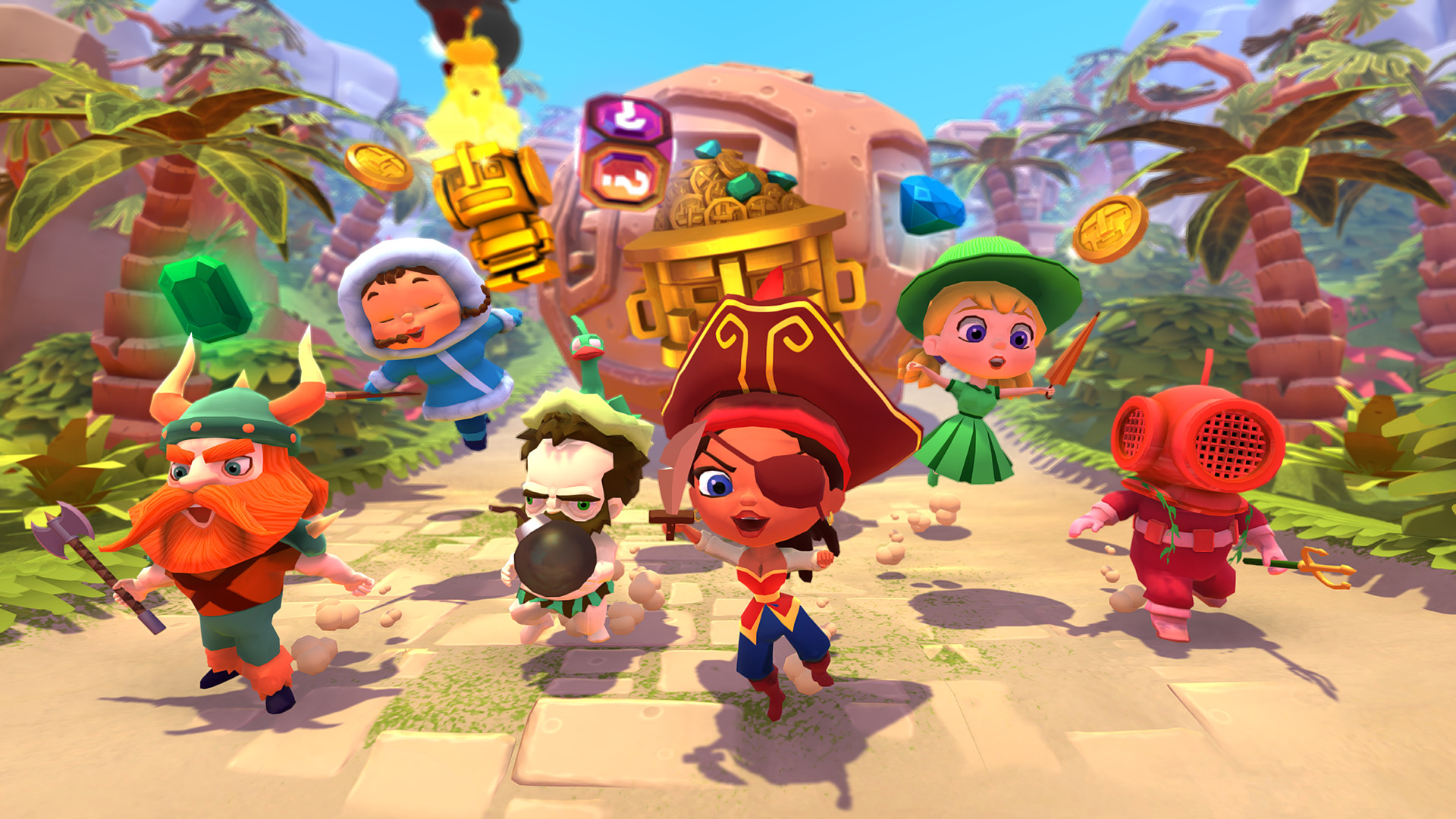 When I was a kid, I used to love playing games like Mario Party on the N64. The board game setup in conjunction with a constant stream of minigames always kept things exciting. My only regret is the scars on my palms from that Shy Guy minigame. You know the one.

Enter Marooners, I a new party game for the PS4 that allows you,
and three other players, to jump into a variety of minigames across several modes. Whether you enjoy chaos, or you thrive on structure, Marooners has a little bit of everything. Let’s find out if it will rule your next party, shall we?

Chaos or Order? The Choice is Yours

Marooners doesn’t busy itself with a campaign or story. Instead, you are thrown into a variety of minigames based on players locally or online. Bots will fill in the gaps, which always keep the roster nice and full.

While the A.I can range in skill, I didn’t mind winning on occasion as human players could be ruthless. An arena mode allows you to fight in several different maps to see who can be the last one standing. It’s okay, but it doesn’t leverage the minigames very well and honestly, could have been left out.

I quickly found the party mode to be much more fulfilling. There are two options here: a chaos mode or a more linear model. The chaos mode is where Marooners offers its own spin on the genre.

While playing in Chaos mode, minigames will constantly be swapped out for different ones. One moment you may be running across lilypads trying to stay above water, and the next you’ll be running from a giant boulder.

Progress is maintained between each minigame, so when the shuffle comes back around, the games pick up where they left off. This continues until every game is finished and a winner is crowned.

I really had a lot of fun with the roulette of activities in this mode. By contrast, the standard party mode was fairly pedestrian. Games start and stay until they are finished, then you move on to the next. It’s standard fare, and I vastly preferred the chaos mode.

The games themselves have a decent variety of both setting and mechanics. While one could argue that many of them boil down to “don’t die,” I still felt like there enough variation to keep things interesting.

Could there have been more? Yes, absolutely, but it’s not outside the realm of possibility for the developers to patch in more games down the road.

As it stands, Marooners is a decent party game with a great hook in the form of its chaos mode. There’s not a whole lot else that differentiates it, but it does also have a simple progression system that awards XP for victories and unlocks new characters and weapons.

A Colorful, but Simple Art Style 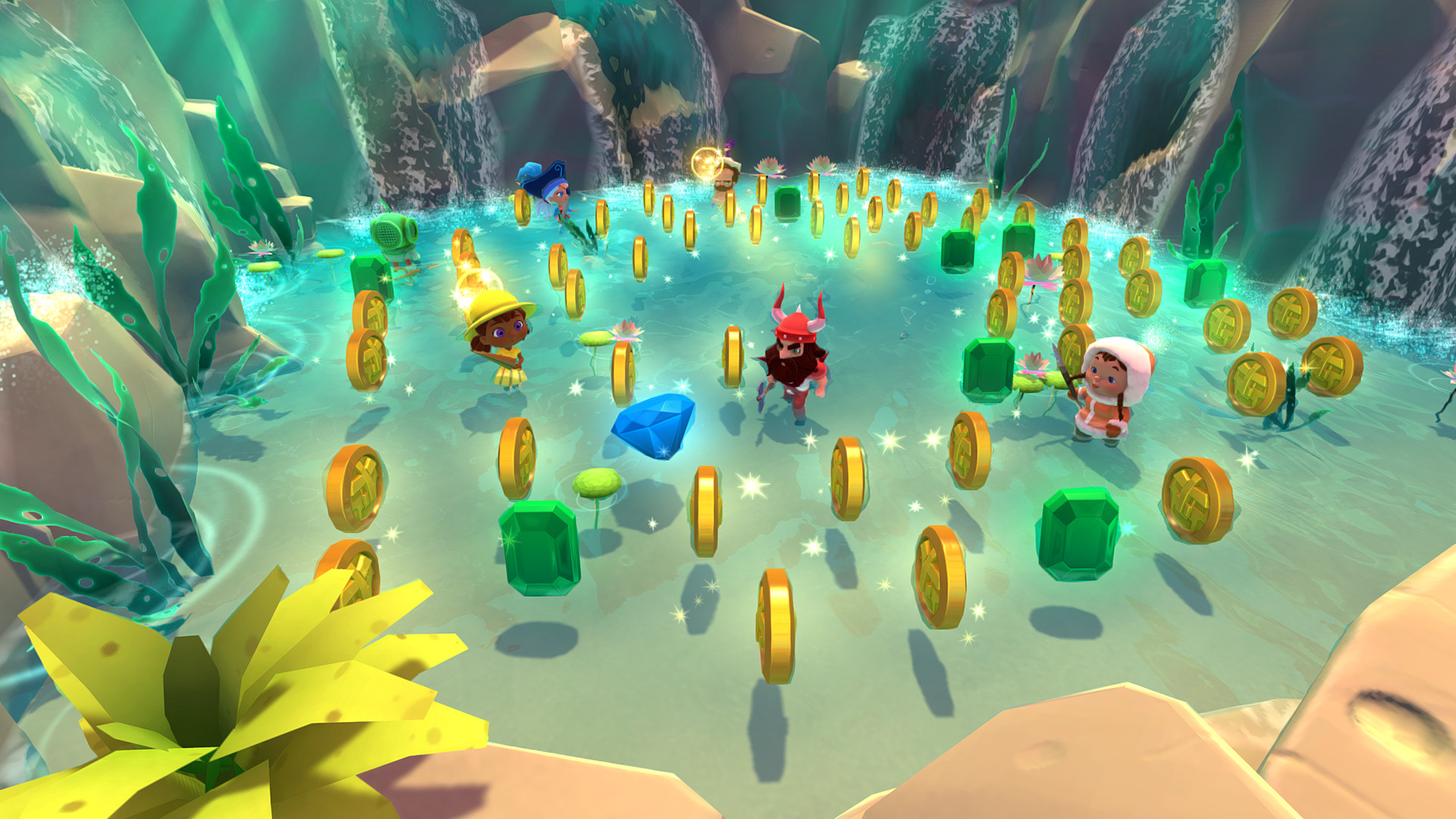 Marooners has a pretty simple presentation and a primarily isometric (top down) perspective throughout its minigames. The graphics have a lot of color, but they aren’t very detailed. Not that they need to be, they serve the game’s needs just fine.

Characters have a nice variety to their design. One minute you’ll have a pirate, and the next you’ll play as a caveman or diver. The selection of weapons doesn’t seem to change the power, but also act as additional aesthetic appeal.

Marooners isn’t the revolution of the party game genre that I hoped it might be, but it does have a nice twist in the form of its chaos mode. If you are looking for a party game to fill an hour or two, this is a decent option that will offer fun in small bursts.