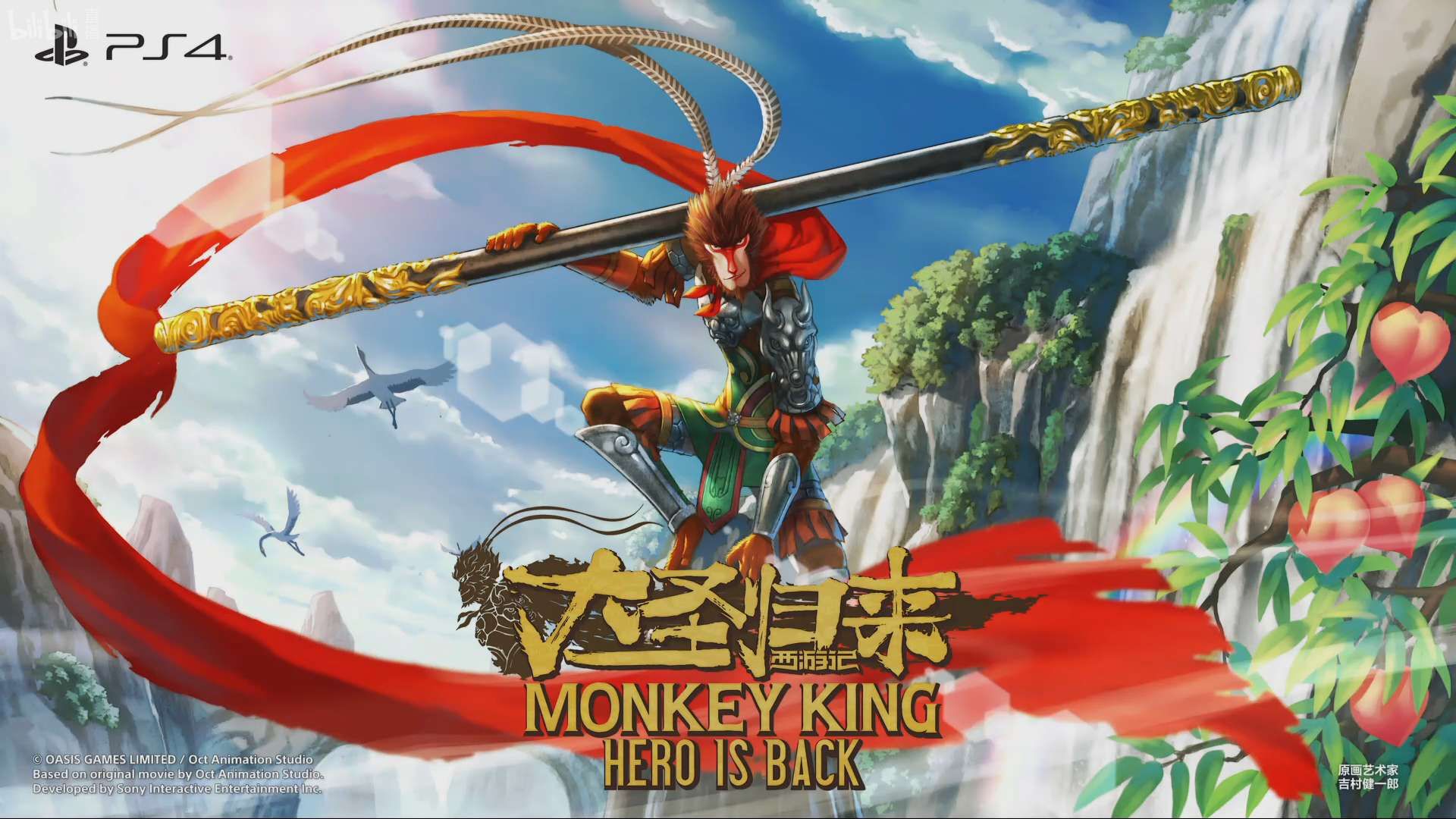 As a younger, less employed gamer, I used to peruse the budget bin at Walmart all the time for interesting looking PS2 and original Xbox games. Back then, I had played much of the mainstream games at friend’s houses who were far better off than I, so I decided to mine for hidden gems as it were.

I found more than a few diamonds this way, and now that Monkey King: Hero is Back is out for PS4, it almost feels like a throwback to that time. I would have been pretty happy if I had discovered this title back then, but does it hold up to today’s standards? Let’s find out.

A Nostalgic Trip Back to Simpler Times

Monkey King: Hero follows the same story as the Chinese CGI film of the same name, which was a smash hit overseas. The game of course goes beyond the film to include new scenes and story beats. The story is a variation on one that many who are familiar with Chinese literature will know: Journey to the West.

You play as the Great Sage, Sun Wukong, who was imprisoned for 500 years after the events described in the game’s opening cutscene. As someone who isn’t very familiar with Chinese mythology, I absolutely loved the scope and scale of the opening, along with the amazing art used to fill out the backstory.

The Monkey King himself is freed entirely by accident, thanks to a young boy named Liuer, who has been fleeing from monsters that are trying to kidnap his sister (which he carries on his back). From here on out, the boy refers to the Monkey King as Dasheng.

The story is presented in a combination of fully animated cutscenes and still panels that look like partially animated comics. The high-budget cutscenes are exquisite, with awesome animation and a polish very close to CGI. They could be taken from the film, but the way they are presented, it looks like it was done in-engine and it looks great.

The still panel scenes are fine as well, but I was left spoiled by the quality of the games larger story beats. The English voice acting is also surprisingly great. Lines are delivered well, and everyone fits into their personality quite nicely.

It’s not a story that’s going to change your way of thinking, but it is a nice and wholesome tale that incorporates some really interesting mythology and lore that you don’t often seen in western game releases. The comedy, while simple at times, is also charming in a way that took me back to the days of character-based action adventures on the PS2.

The only qualm I have with the story is the pacing. There are vast stretches of gameplay with no development or cutscenes. Characters will share small quips and commentary, but I felt myself wishing the story came at a more consistent pace so I could remain invested.

Gameplay in Monkey King: Hero is Back is a brawler at heart, but it does offer some hidden depth when you progress deeper into your skills. This is where I both love and hate the game’s progression. You start with a simple three-hit combo and both a light and strong attack.

From the beginning, you also have the ability to counter an enemy by attacking with a light or heavy attack right when their attack connects. This results in either a button mashing showdown or an instant finisher depending on whether you countered with light or heavy.

These moments are great because they have a bombastic final attack that usually involves some physical comedy. An example would be when he kicks an enemy and their face gets smushed against the screen in a mini fourth-wall break.

This level of variety if enough to carry the game for a short while, at least until you get access to things like throwables and breakable weapons like the bench. Magical abilities also slowly trickle into your repertoire that range from enhanced vision, super speed, and even a powerful front-facing attack.

I found some of the abilities to be more useful than others, but they all have a flashy animation associated with them that complements the exciting combat. I like all of these things, but in terms of your health, magic, and combos, all of these things are tied to collectibles you find.

Spending XP on magical abilities makes sense, but since the well-hidden collectibles are the only way you can upgrade your main stats, it’s easy to miss them and end up stuck doing 3-hit combos for the majority of the game.

It’s a shame too, because the combat goes from fun, but clunky, to smooth and flashy when you get some upgrades in there. I think in this case I would have preferred a skill point system for your stats each time you “level up,” but that’s not the case here.

Instead, you’ll need to find Earth Gods, which are little creatures hidden in pots, flower beds, and otherwise obscure corners of the environments. Monkey King: Hero is Back is linear for the most part, but it does have branching paths through some of its areas, so you’ll easily miss collectibles like these, which hold you back from fully realizing the potential of the combat.

Now, on the subject of branching paths, I really like how Monkey King: Hero is Back gives you options in certain scenarios to take easier or more difficult paths through the area. Your rewards, beyond extra XP, are various materials that you use to trade for items, health concoctions, and magic elixirs. This system is more interesting than just having money for item purchases, so it’s one example of collectibles done right.

Despite the inconsistent pacing and the awkward progression, I really had a lot of fun with Monkey King: Hero is Back. Some will cry foul at its archaic elements, but I found them to be endearing. If you’re someone who enjoys nostalgia for the old days of character-based action adventures, Monkey King: Hero is Back is a great way to feel that sense of wonder again.

A Charming, But Inconsistent Presentation 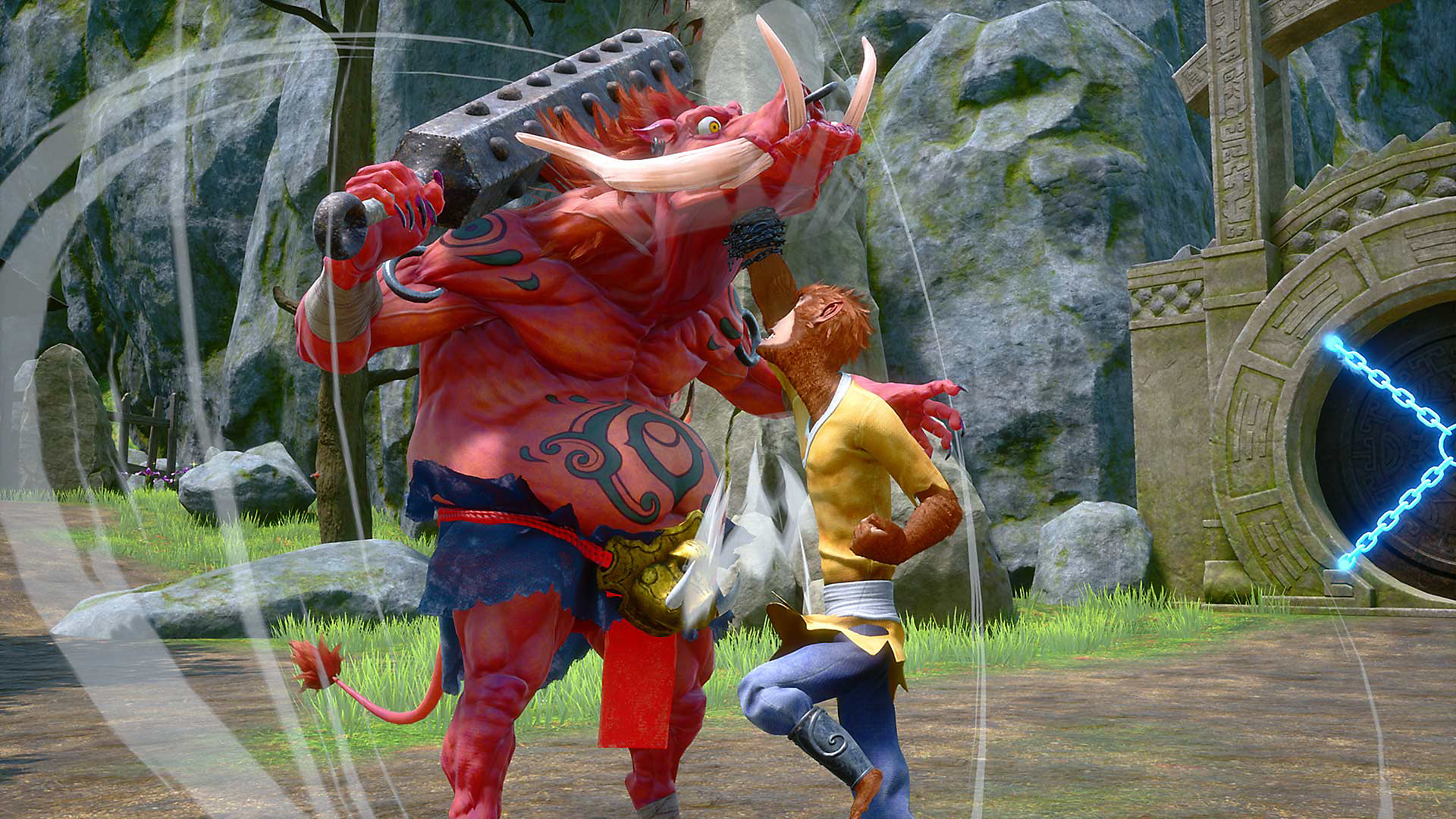 The overall presentation of Monkey King: Hero is Back is great, especially when you take into account the fully animated cutscenes. The menus are easy to navigate, and the game is downright beautiful with all of its vibrant colors and environments. There is some disparity between the quality of character models and the environments, but it's not enough to drag down the feel of the game in any way.

The music did get a little repetitive at times, which led me to turn the slider down in the menu, but overall the general look and feel of the game felt polished and fun to play. I wish the story had better pacing to keep things interesting throughout, but as I said earlier, this takes me back to my days of mining for hidden gems by playing games I had never heard of, or had never seen mainstream marketing.

Whether you’re someone looking for a fresh world to explore, or you have little ones that need a new game suitable for them to play, Monkey King: Hero is Back offers something for all ages.

A copy of Monkey King: Hero is Back was provided to PS4 Experts for review purposes.