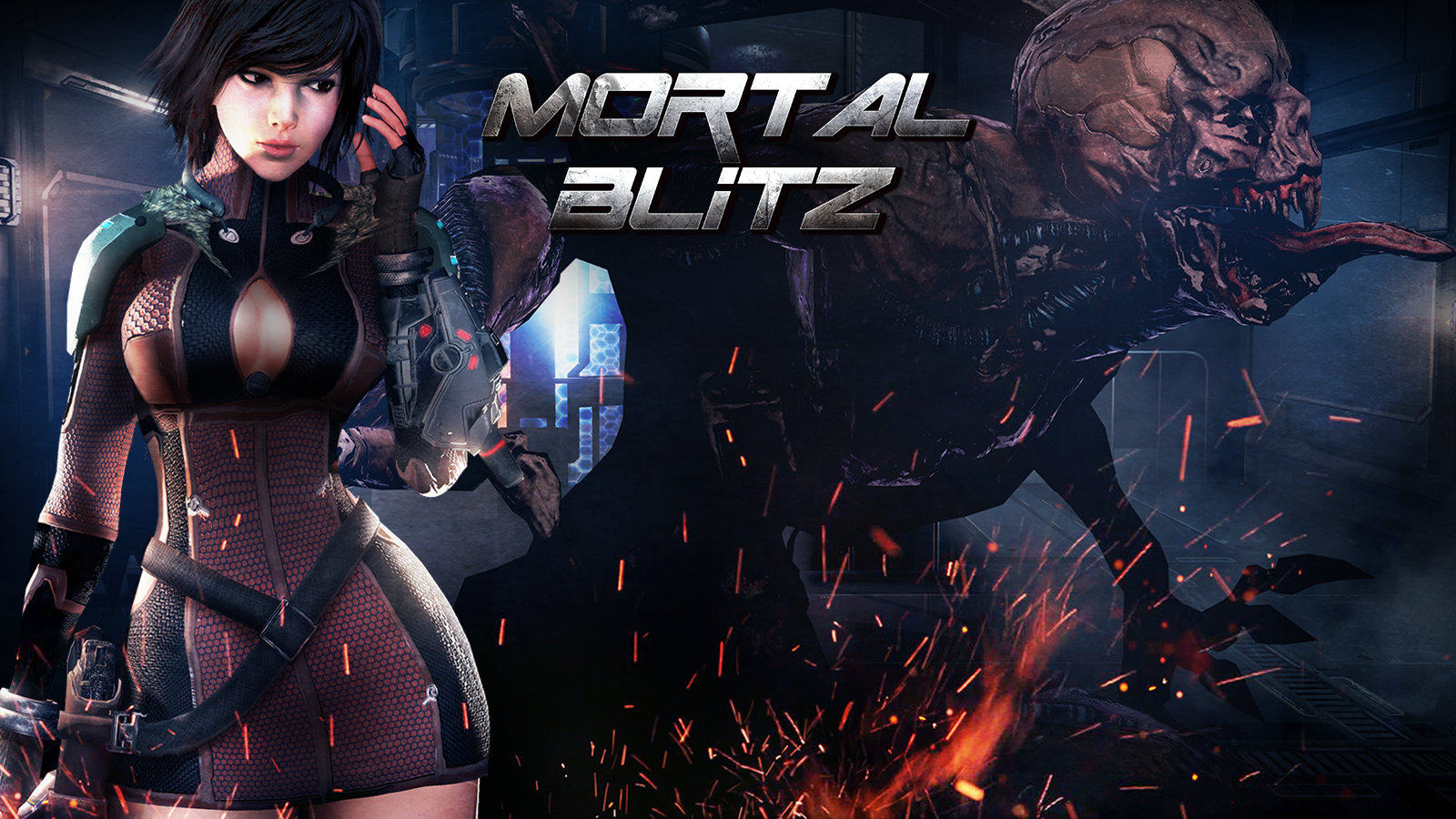 Gamers who grew up in the last couple decades probably remember light gun games at the arcade. I have plenty of fond memories that involve shooting at giant screens with plastic guns. Time Crisis, House of the Dead, these are the shooters I cut my teeth on as a young lad.

Now, we have Mortal Blitz on the PlayStation VR, which brings back the look and feel of these classic shooters. Does it manage to capture that same magic, or does this blitz face its own mortality a little too soon? Let's find out!

Light gun games have never been known for their story, and Mortal Blitz isn't looking to reinvent the wheel here. The game's five missions have short descriptions and small moments of dialogue, but they feel like disjointed scenes from a larger game.

With the promise of new levels in the future as DLC, it's possible that Mortal Blitz may eventually have a cohesive story, but I wouldn't count too much on that.

Then again, if you know anything about shooters like this, you're not here for the story. It's all about the gameplay, and on this front, Mortal Blitz delivers.

Non-existent story aside, Mortal Blitz nails the fundamentals of a rail shooter on VR. The game can be played sitting or standing, and with a DualShock 4 or 2 PlayStation Move controllers.

Instead of pulling you along a timed path, Mortal Blitz gives you the ability to teleport between each gauntlet as you move through its levels. Once you're in the thick of it, you can independently aim your guns with each Move controller and fire away.

Enemies will rain down fire on you, so the game always places you in locations where you can find cover beside or below you. To access it, you have to physically move in the real world. No cover button here.

Want to duck behind that crate and let your health recharge? Time to test out those leg muscles, because you'll be crouching on your living room floor.

This room scale method of taking cover gives Mortal Blitz an edge over the competition and adds a lot of immersion to the gameplay. The Move controllers are spot-on with their tracking here as well.

Using the face buttons, you can also switch to your empty hand on either controller and grab/throw items with a kind of telekinesis. Furthermore, the Groggy system allows you to stun enemies and then throw them into the air with an energy leash not unlike the one in Bulletstorm.

Once in the air, they can be killed for a point boost and some health as well. During fights, you'll also be able to grab spare guns lying around with limited ammo to use. These include things like gatling guns and shotguns that pack a punch.

I had a giant grin on my face the entire time I was playing Mortal Blitz. Once you get the controls under your belt, the gameplay is undeniably satisfying.

It only lasts an hour or two, but multiple difficulties and a 50-level shooting gallery add to the replay value. While it doesn't quite dethrone Until Dawn: Rush of Blood, Mortal Blitz brings its own unique elements to the rail shooter genre on PlayStation VR.

Crisp Visuals Hampered by a Lack of Variety 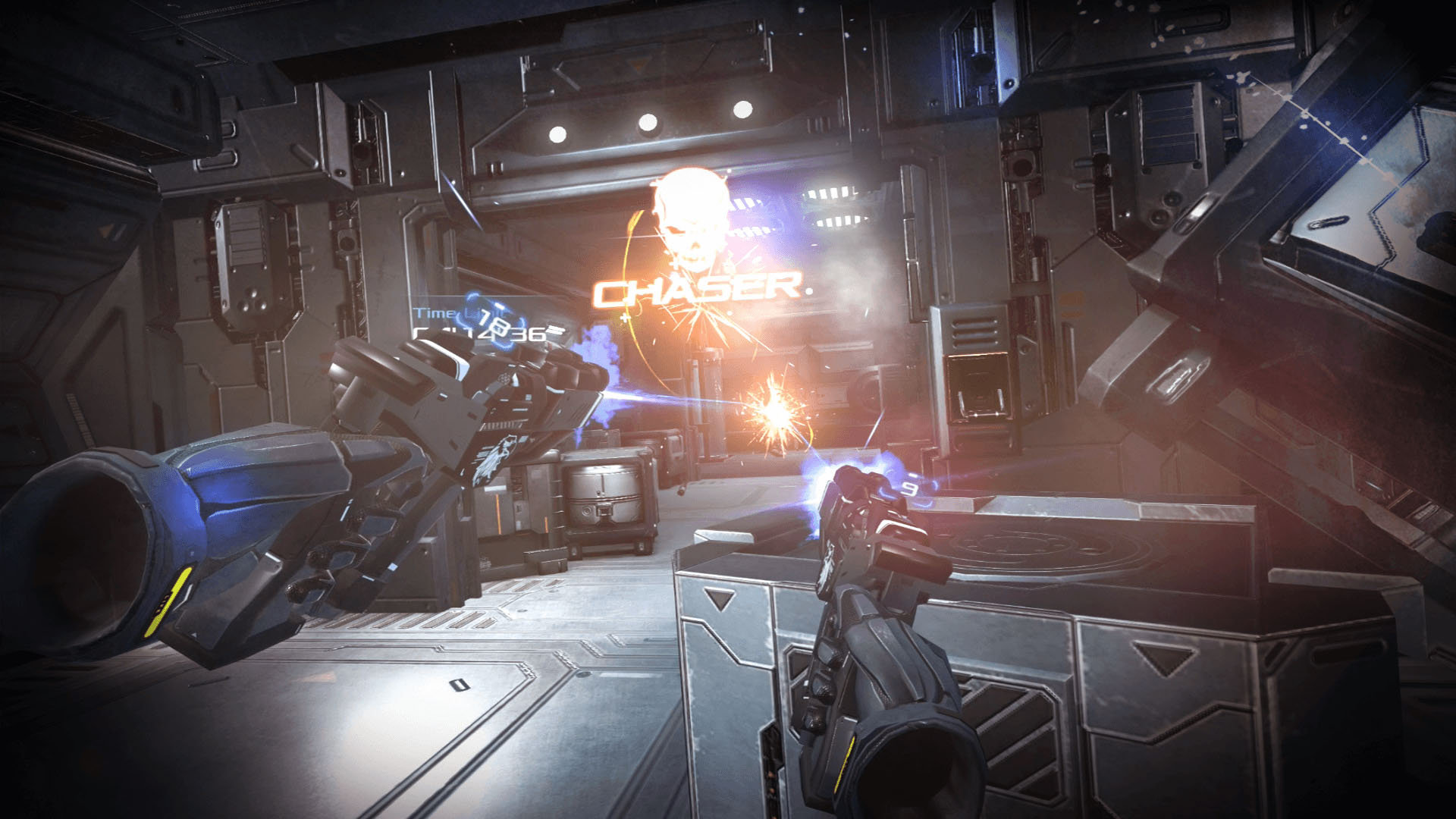 Mortal Blitz is no slouch in the visuals department. The game has a very defined and sharp look to it inside the PlayStation VR headset. Character models themselves to tend to suffer from some noticeable aliasing around the edges, but otherwise it's a very crisp looking game.

When the action heats up, the game never buckles or dips, which is crucial for a comfortable VR experience. While there's only a handful of enemy types, I did enjoy the variety between humans and the alien creatures.

The environments start out pretty interesting. You'll get an awesome view of a futuristic city from the doors of an aircraft, and then dodge obstacles on the top of a moving train.

Unfortunately, the later levels typically involve facilities that all kind of look the same after a while. Many of the assets are reused in Mortal Blitz, so repetition can set in after a while.

Despite my complaints surrounding the story and the repetitive level design, the overall gameplay of Mortal Blitz is intense, fun, and extremely polished. For that reason, I'd say it's worth your time, especially if the developer brings out more levels with some added variety.