While I tend to stray from making comparisons between games, the rise of Souls-like titles have made comparisons to From Software’s work the only thing that’s easy about them. Some games go their own way, but sometimes they come for the king and seek to take their crown. Mortal Shell is the latter.

With plenty of visual, mechanical, and gameplay elements borrowed from Dark Souls, this title wears its influence on its sleeve, but does so with reverence and more than a few ideas of its own. Can this Souls-like finally be the one to truly match the legacy that From Software has created? Let’s find out.

Mortal Shell has a keen understanding of what makes these types of games compelling. Despite the assumption of a crushing difficulty, what drives me forward is often the urge to explore, digest, and seek out more of the game’s lore. The pursuit of the mysteries surrounding the places you explore and the people you encounter is enough to push through frustration, if done correctly.

Mortal Shell realizes this, and while the opening hours do little to give you much in the way of story and lore, it’s enough to whet the palette. What helps immensely is the lofty dark fantasy tone to the writing and atmosphere, combined with some truly exquisite voice acting, which is used sparingly.

The opening area, rife with traps across the ground, enemies gathered around campfires playing soft melodies, and towering monstrosities with huge reach, sets the tone for the rest of the game, which manages to offer your standard fantasy fare, but does so with flourish in its level design.

One particular area really stands out, featuring obsidian landscapes and strange vistas that wouldn’t look out of place in a Lovecraftian horror title. It’s by far my favorite location of the bunch, but the way everything is laid out offers both intrigue and depth beyond the surface level details.

Another excellent aspect of Mortal Shell’s narrative is the use of actual shells, which represent various classes. You’ll inhabit these bodies throughout the game, each of whom have their own backstory that slowly unravels as you spend Tar and Nektar to fill out their skill trees. The way the narrative ties into your character progression is one of my favorite aspects about this game.

Despite all of this, narrative isn’t really a huge focus, but it is a crucial part of the motivation and the atmosphere, which for me is paramount in this type of Souls-like experience. It nails the look and the proper mood, but does Mortal Shell land the execution?

For the most part, the answer here is yes. Gameplay feels suitably weighty, combat is visceral, and mistakes are punished quickly and without hesitation. Unlike other titles in this genre, Mortal Shell doesn’t guarantee you healing items either when you reach checkpoints. That’s not to say it’s unfair, however.

You’ll find some healing items in the world as you explore, but your other recourse comes in the form of hardening and a parry mechanic. Hardening is the most unique mechanic of Mortal Shell’s combat, allowing you to turn to stone temporarily to shrug off an enemy’s attack, or slow your own attack to better time your strikes without fear of retaliation.

It has its own cooldown, but offers a welcome way to give yourself an edge during the more grueling fights. Similarly, the parry mechanic you unlock early on gives you the chance to deflect and counterattack. Doing so will drain the enemies health and fill up some of your own.

Finally, once per checkpoint you can give yourself a second wind if you suffer a fatal strike. In these moments, your true form is thrown from the shell, leaving you vulnerable to a killing blow. Leaping back into your shell gives you another shot with full health, but it’s by no means a guarantee.

All of these things help Mortal Shell feel less crushing than Dark Souls in terms of difficulty, but its bosses do plenty to remind you why this genre often requires players to “git gud” as it were. The aforementioned healing items also share a characteristic with all the other items in the game in the sense that you won’t know what they do until you try them.

Each item has a “familiarity” meter that not only reveals its use, but also unlocks bonuses as you become acquainted with their effects. It’s yet another way Mortal Shell keeps the mystery and intrigue intact throughout the experience.

While your selection of items is vast, weapons only come in a handful of forms, but the different abilities of your shells gives you enough variety that I didn’t feel limited in my strategic options. The option to switch shells during combat by using specific items also lent another layer to the nuance.

A Haunting World Begging to be Explored 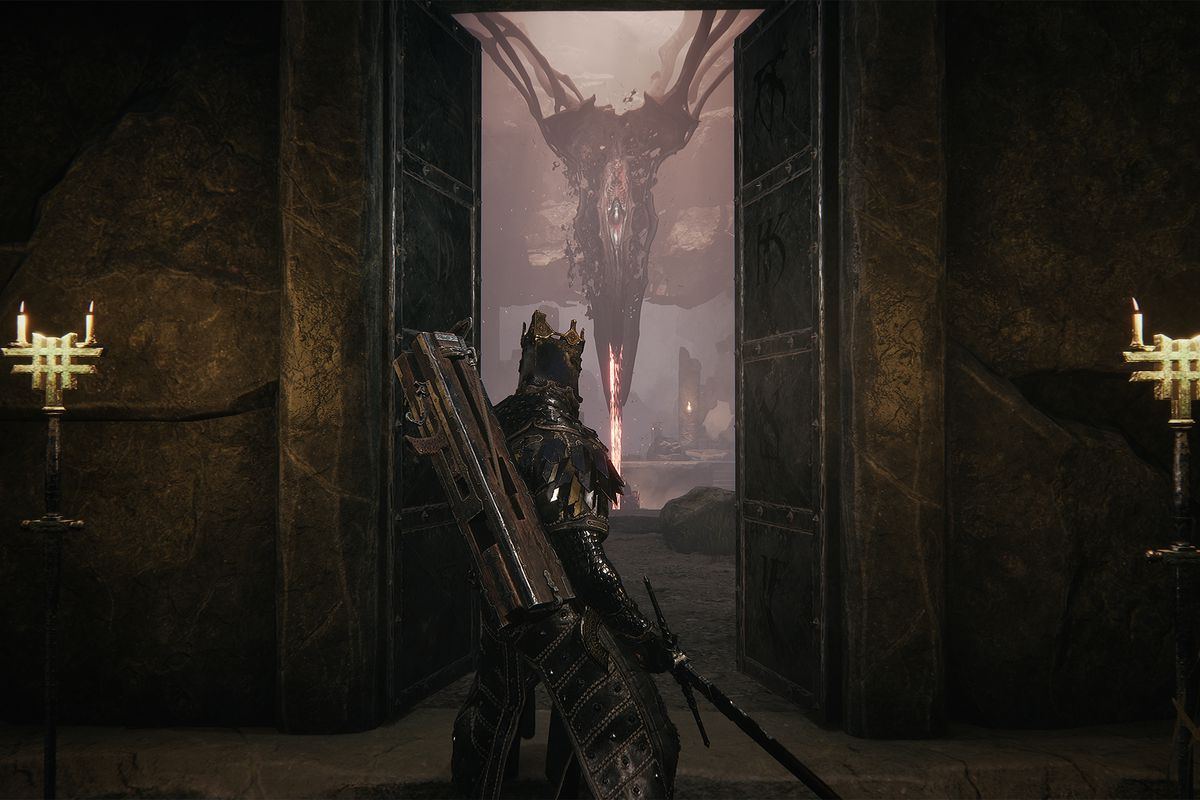 Mortal Shell’s presentation is both a perfect homage to its inspiration, and a unique take on the style as a whole. It’s even more impressive, given the small size of the team who made it. The visual fidelity is excellent, while the character designs and enemies offer an appropriate level of terror and imposing presence.

Audio is solid across the board, and while music is used sparingly, I would have liked to hear more of it, if only because what is here is quite good. The same goes for the voice acting.

Looking back on my experience with Mortal Shell, I feel like this is the most successful take on the genre that we’ve seen outside of From Software’s efforts. It knows what makes those games great, and it borrows those things while weaving an experience and atmosphere all its own. No simple feat, but much like the difficulty, it’s worth the effort.

A copy of Mortal Shell was provided to PS4 Experts for review purposes.