Last weekend hosted the final beta we will see for Modern Warfare. Throughout the entire beta, not a lot was changed. There was the minimap fiasco, which ultimately got added back into the game, after some serious spamming of Infinity Ward and Call of Duty, social media pages.

But aside from what wasn’t changed, there is a very long list of things we can expect to be adjusted when the full game is released. Here is a list of what IW is looking into:

• Blurriness while ADSing or on the matchmaking screen on PC

• Players are unable to chat with console platforms while on PC

• Players were able to change their input device midmatch. We deployed a fix for this during the beta.

• Ground War: In some cases, players would spawn or be ‘pushed’ under the map, allowing them to kill enemy players while being hidden. Friendlies are also able to spawn on under the map as well. We’re looking into how you spawn on your teammates as well as spawning in on vehicles in general, too.

• Players are unable to shoot through open rails/towers

• Screen tearing on character and weapon models on Xbox

• VTOL Jet firing through the roof of various buildings in Quarry

• Settings not saving on PC

• FOV Slider setting reverting to default after loading into the map. This has been fixed.

• Doors not opening or closing as intended. In some cases, players are able to see through closed doors.

• Cyber Attack: Unable to defuse the bomb. Unable to pick up a weapon after being revived

• Various audio bugs where the only audio being played is of vehicles, no audio, or only weapons

• Xbox users: We know of a bug with invites and joining up from the Xbox Dashboard. While this is being investigated, you can still send invites and join up with friends within the game.

• Staying as a Party after a match: After completing a match as a party, some players are unable to find a new match and are stuck in the matchmaking lobby. We're still looking into this issue, but in the meantime, disbanding your party and joining back up is a temporary solution while we work on a fix.

• Spawning and Visuals: Spawning is currently inconsistent on some maps, so thank you for sharing your videos with us and sharing your feedback. We’ll continue to monitor the spawn system and we’ll update you if we deploy any changes. We will also be looking into lighting and exposure on various areas of the map, such as how you view dark rooms from the outside of a building and vice versa, for example.

• Voice chat: Voice chat is inconsistent when joining up with players on other platforms. This is being investigated. 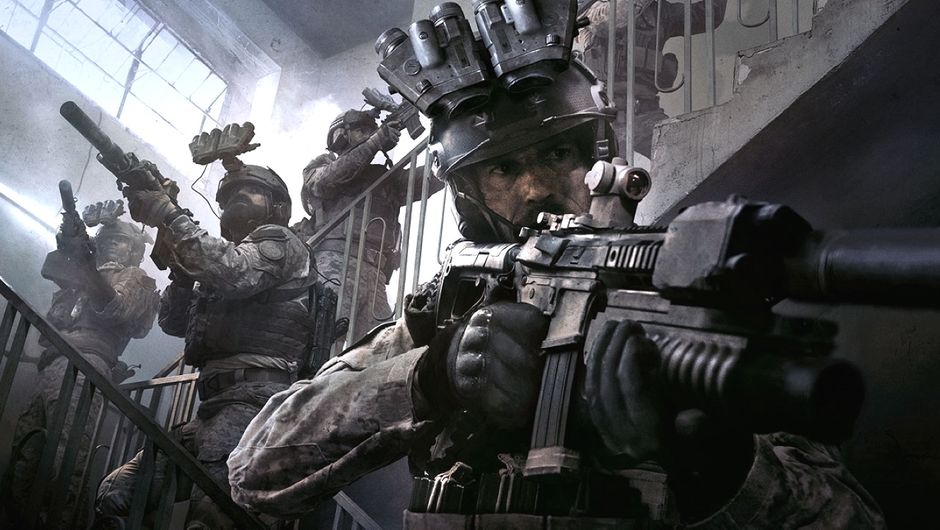 That is a pretty long list of fixes/updates, with even more they are looking into that wasn’t listed above. I will say this, those spawn points need to be fixed. I spawned beside and in front of enemies one too many times. It gets frustrating, because spawn trapping was ridiculously easy to pull off. Now, I saw enemies that spawned right in front of me as well and I didn’t just let them go run off, but I certainly wasn’t camping in enemy spawn points, in hopes of racking up kills. I saw enemies spawn in the middle of the match, next to a teammate that was being killed. Not fun when that happens.

All in all, I think Infinity Ward, really pulled things together with this upcoming title. They are trying to offer us a game that is more realistic than the CoD titles we are used to, but is still clearly a video game.

I have heard a lot of complaints that the Time To Kill (TTK) is too quick. They seem to be lumping TTK into the minimap and map layouts, and claiming the combination of all three is promoting camping. While camping is not new to any of us, I will agree that during the beta, I don’t think I remember seeing so many players camp it out. Worse part is, this was only a beta, so why care about your KDR, or your win/loss ratio? Your stats won’t roll over into the full game and you really can’t learn a map by sitting in a corner the whole time. I really was surprised to see so much camping. It is a little discouraging, but I maintain my hopes that it won’t be that bad in the full game release. Pinch me, I might be dreaming.

Complaints aside, it is a good looking game. I would highly recommend turning off the grain filter to get a clear, and possibly turning off the motion blur, to keep sights clear when turning while in ADS. It makes a difference, but that depends on personal preference.

Crossplay wasn’t as smooth as I expected, but I’m sure it will be cleared up by launch. Or improved, at the very least. Xbox had a fair share of game crashes, which ultimately affected the PS4 and PC users, when players were booted from a match. To make matters worse, players were able to switch from controller to keyboard and mouse, midmatch. I know the devs, deployed a patch to stop that from happening, but it does raise concerns. This wasn’t just PC players, this was happening with all three platforms. That's right. Cheaters come from all platforms, not just PC, as some would like to think.

I did find that when I turned off crossplay, I found matches quicker and had less issues with matches ending abruptly after being disconnected from the host. There should be improvements and it was just a beta after all. Of course, we can expect issues with the servers upon release, as we do with most major multiplayer games.

At the end of the day, this title doesn’t feel like a traditional Call of Duty. It feels like CoD has met Rainbow Six and if you play Ground War, you can add a little battlefield in there. Personally, I like the direction this title is going in. I mean, it is definitely more realistic. It seems as through 1-2 bullets will earn that kill, over the traditional 4-5. This changes the way players need to approach how they play. Hopefully, players will learn to play strategically and come together as teammates, rather than simply going solo and camping all alone.

When the full game releases on October 25th, I’ll share my thoughts and feelings about the campaign and the full multiplayer experience. In the meantime, you can take my thoughts so far with a grain of salt. I can’t give an honest opinion until then. I’m sure I will have quite a bit to say when we are all able to play it.