There is a lot going on in the industry and a lot of news tends to slip through the cracks more than often not. Let's take a look at a few things you might have missed and may want on your radar.

To start off, the PS Plus lineup for October, has been revealed. Many subscribers will be happy to hear that another triple A title has made its way to the list. Metal Gear Solid V: The Phantom Pain, is leading the charge next month. If you haven’t played this title yet, I highly recommend that you download it next month. While it doesn’t do much for those of us that already own it, that is the luck of the draw. Followed up by the horror title Amnesia Collection, Plus subscribers are in for a scare. The indie puzzler Hue and classic arcade style shooter Sky Force Anniversary, will be available for both the PS4 and PS Vita. PS3 owners will be treated to Monster Jam Battlegrounds. Not a bad month ahead.

Speaking of October, The Star Wars Battlefront II closed beta will start on October 4th, but you will need to preorder the game by October 1st. From we have seen, Battlefront II is going to offer everything we wanted from Battlefront. I have my hopes for this title, but I’ll give you my thoughts after the closed beta. See you there?

Fortnite has released its game mode Battle Royale, as a free to play. While the rest of Fortnite, is in closed beta form and only allows players that have purchased founders packs to play, you can get a taste of what the game will offer when it becomes free to play in its entirety. I’ve been putting some time into Fortnite, and I thinks its pretty. My problem is that I have such a large game library, I often move on quickly from titles like these.

If you play Destiny (like I do), you’ll be interested to know that Factions have now come about. You will want to pledge your allegiance to one of the three factions and then you will move onto completing objectives to gain tokens for your faction. Trade them in to build up your reputation with them and earn rewards. These tokens seem simple to collect. Completing strikes, looting lost caves and winning public events all offer a good amount of token rewards.

Incase you missed it, Marvel Vs Capcom Infinite, dropped last week. With a good storyline and a really fun fighting mechanic, I have been having a blast while playing this. I have only played couch co-op and against AI, but I will muster up the courage to play online after a few more matches of honing my skill set. Admittedly, I have avoided the online aspect as I am not the most skilled online fighter out there. I don’t care as much about losing as much I as get annoyed by loud mouthed trolls that don’t have playing games, but find their enjoyment from attempting to bother others…

The last item I have for today is about the future of Sony’s handheld market. While it is true that anything could happen, Sony Interactive Entertainment President, Andrew House, has pretty much dismissed any current rumors of a PS Vita successor. Stating that outside of Japan and Asia, there isn’t much demand for such devices. Placing the blame on the mobile phone market, I personally put the blame on costs. If Sony were to offer up a new handheld anytime soon, it would likely have a hefty price tag that would make many consumers second guess the purchase. 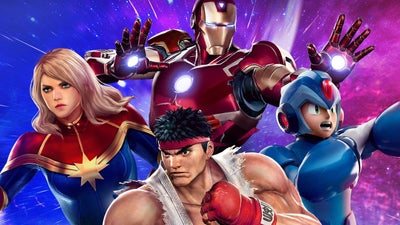 That's about all the news I have for you at this time, but I will be back in October to recap the month and discuss the very, very busy month of November. If anything breaking comes about in the meantime, you can be sure I’ll let you!