I've been overjoyed with the selection of co-op PS4 games lately, especially the ones that offer local multiplayer. There's been a surge of these lately, and now Nine Parchments has joined the list.

This spellcasting RPG for the PS4 offers local and online cooperative multiplayer. Set in the same colorful world as Frozenbyte's Trine series, it's time to find out if lightning struck twice for this developer, or if this spell fizzles out.

A Novice Wizard's Trial by Fire

The story of Nine Parchments begins in the same Astral Academy where Frozenbyte's last series, Trine, started. Keen listeners will even recognize the narrator as the same from their previous games.

It was a nice connection to get me invested in the game's world as I immediately recognized it. In Nine Parchments, you take control as one of eight characters (though you only start with two unlocked).

Upon finding out that you're not ready for powerful spells, an explosion rocks the academy and scatters the nine spell parchments to the winds.

Hungry for more spells to cast, you set out to find these parchments and become the most powerful wizard possible. While the story largely takes a backseat from here on out, the narrator does chime in from time-to-time to set the scene.

The premise of Nine Parchments from a gameplay perspective involves trekking through colorful levels and fighting off enemies using various elemental spells.

The twist is that friendly fire is always on. A post-launch patch is planned to make this an option, but by default, your spells will damage your allies. It makes for suitably chaotic battles and some frustrating moments when you kill your partners.

With a simple premise and a largely hands-off story, Nine Parchments doesn't weave as grand a tale as I would have liked from its world, but it still has a lot of charm and humor.

You Can Play Alone, But Bring Friends 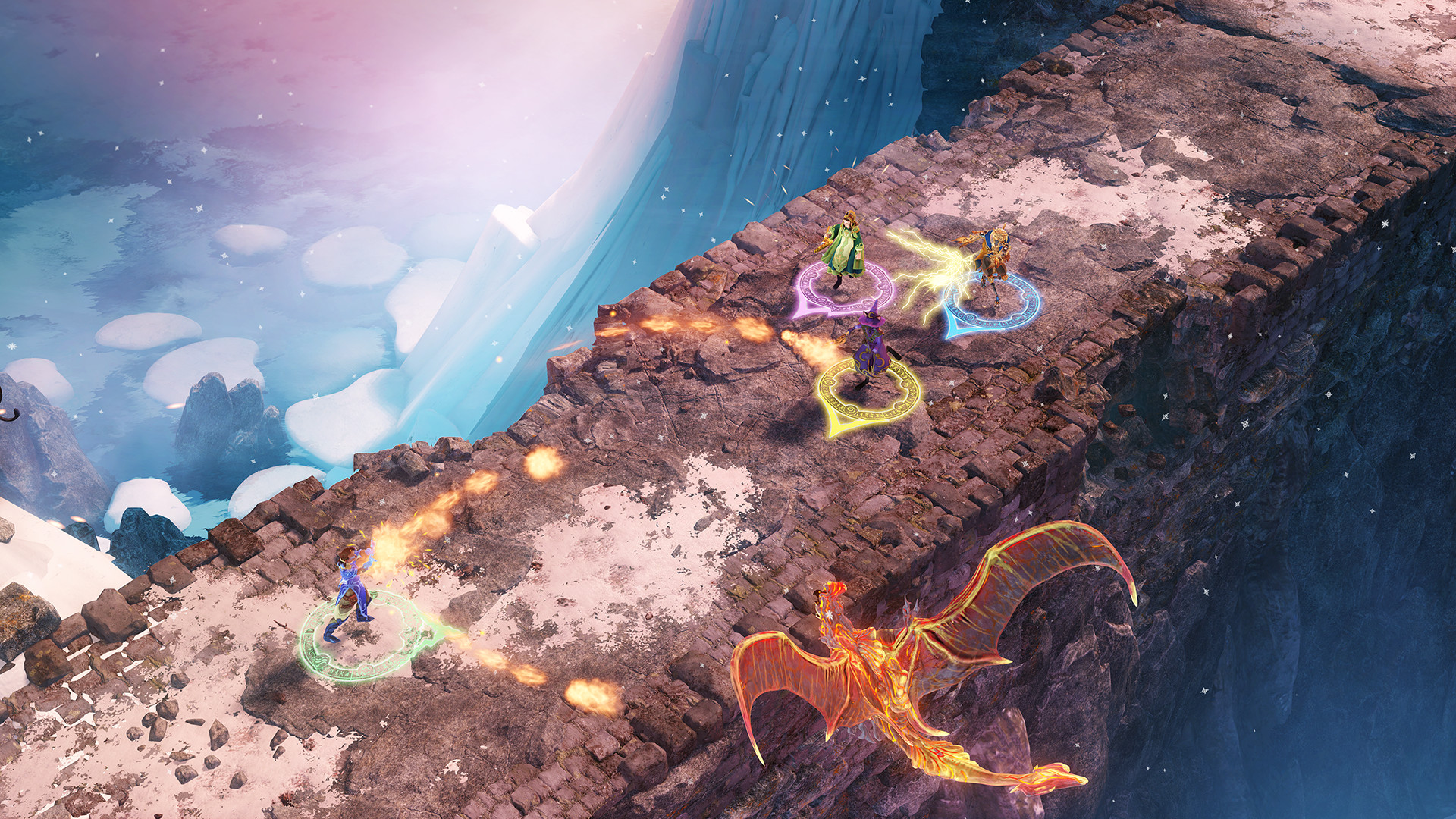 One thing I will highly recommend for this game is to play co-op either locally or online. You can play through Nine Parchments in single player, but it's not recommended.

In single player, you only have one respawn and no help against enemies or bosses. When playing with friends you can revive each other and combine your spells into even more powerful versions.

Even with the threat of friendly fire, it's the best way to play Nine Parchments. It adds several more layers to the gameplay that just aren't available in single player.

While the action is fun, the levels can feel pretty barren otherwise. They look fantastic, but there's not a lot of interaction with the environment. Chests are present, but loot itself is pretty scarce.

There are collectible quills you can find, but I would have enjoyed a more robust loot system and more interaction with the environment. Traps, puzzles, more of those things would have made the levels feel more lively.

You won't notice these things as much when you're tearing through enemies with friends, but it's very apparent in single player. Another thing that I thought was a missed opportunity, was the amount of locked content from the beginning.

There are eight characters with multiple variations of each, but you only get two different characters at the start of the game. The rest are unlocked by completing challenges, which I think is very cool, but even the base versions of the characters are locked.

That means that if you have four people playing from the beginning of the game, there will be duplicate characters. I would have preferred to see at least four different characters to choose from at the beginning.

The general gameplay feels good. You aim with the right stick as you move with the left. Spells can be cycled using the shoulder buttons and have different types of casting speeds.

You will also come across melee weapons that add to your stats and offer varying degrees of melee damage. While there is a good selection of these, once again I found myself wanting more from the beginning so I wasn't stuck using the same weapon on several levels.

It could be a personal preference, but I've always enjoyed isometric action RPGs with great loot systems because it always kept me wanting to move forward.

While the promise of new spells is nice, Nine Parchments could have benefited from more gratification in the gameplay. As you level up, you'll also get to put points into a skill tree. This XP does carry over as you start new games, which is nice.

When played with friends, Nine Parchments is a chaotic and fun little RPG, but I wouldn't recommend the single-player experience. I would have liked to see more interaction with the environments and more loot, but otherwise, it's a fun game to play either locally or online with friends.

Nine Parchments is an absolutely stunning game from a visual perspective. Levels are bursting with color and detail that I really appreciated.

Even with multiple enemies covering the screen, the frame rate holds steady and animations are smooth. The spells have impressive effects and the narration is always charming.

With a little more depth and story, Nine Parchments could have been a killer action RPG. As it stands, the unique premise and mechanics make it a fun way to play with friends online or locally. As a single player experience, it leaves a lot to be desired.

If you've got a group of spellcasters itching to charge into battle, Nine Parchments is a fun choice for your next game night.