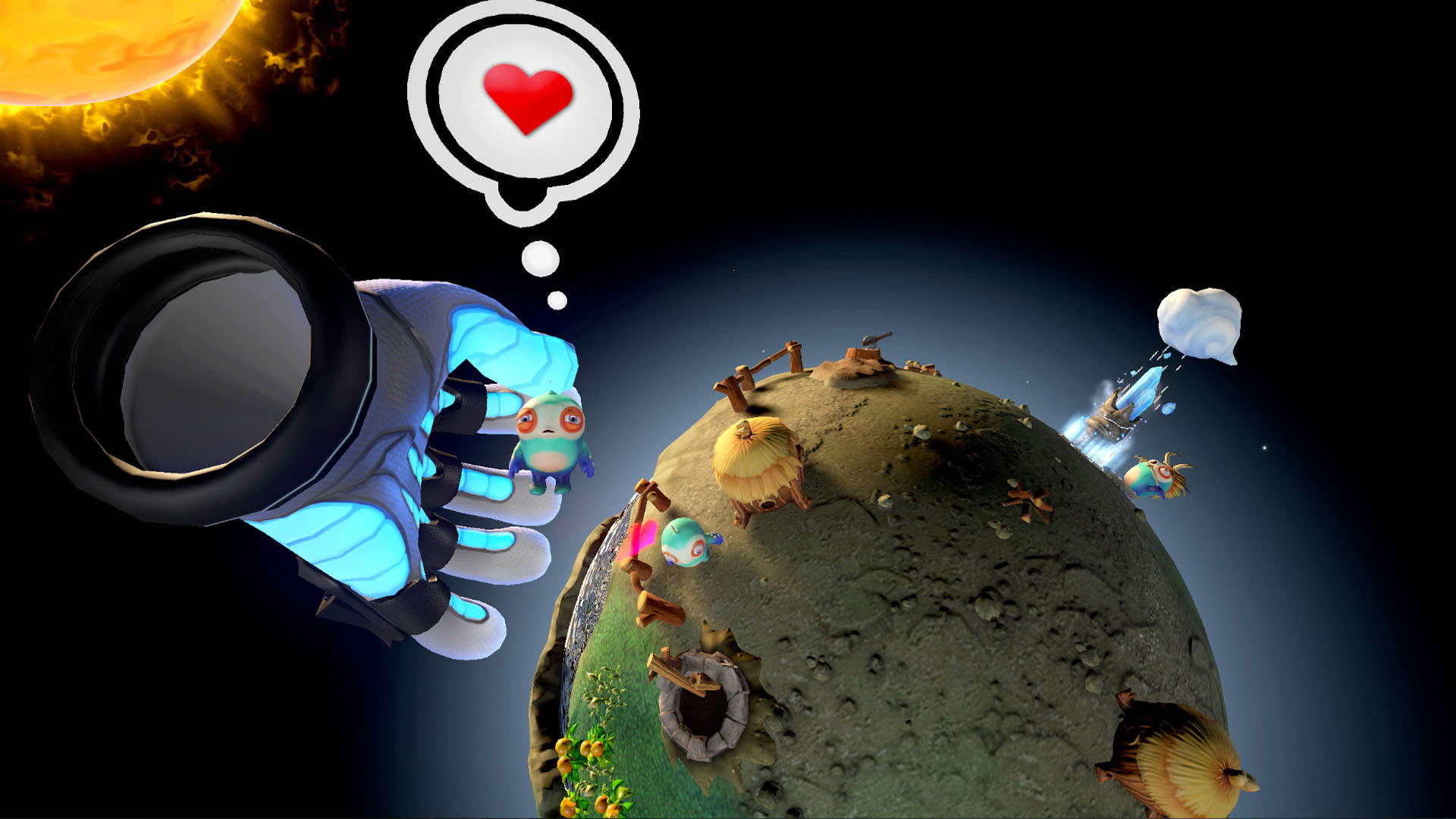 PlayStation VR has launched with a nice variety of games, but nothing has benefited from virtual reality more so than the “god game” genre. The unique perspective of a real-time strategy game benefits greatly from depth and immersion that VR provides. Beyond Tethered, O! My Genesis VR is also bringing the genre to consoles and the virtual world.

At launch, the game includes a tutorial planet and a second planet after that for the low price of $2.99. The menu promises two additional planets at some time in the future, so today’s review is going to cover what is currently available. Once the final two planets have been implemented, I will update the review and assign a final score.

For $2.99, I wasn’t sure what to expect from O! My Genesis VR. My first impression on the main menu was extremely positive. I liked the depth and the Move motion tracking was extremely responsive. When I jumped into the tutorial planet, the game’s cheerful trainer did a good job of explaining the mechanics.

As you play, you’ll use the Move controllers for a variety of tasks. These include rotating the planet, interacting with your tiny owl people, and protecting them from the dangers that creep up as they grow and flourish.

The planets aren’t extremely large, but you will need to grab and rotate them with your giant sci-fi hands. It works well, and the perspective offers plenty of insight into how things are progressing on the surface below you.

O! My Genesis is a little different than your standard game in this genre. To complete the levels, you must meet a certain number of challenges. These goals aren’t explicitly given to you, but instead are displayed as icons in a floating tablet beside the planet.

Every time you complete one, you’re awarded a star. So long as you don’t let all of your people get killed, you’ll win when you have reached the correct number of stars.

What’s funny, is that some of these goals involve deliberating putting your owl people in harm’s way, so it kind of goes against standard strategies in these types of games and allows you to embrace your evil side as it were.

For the most part, the moment-to-moment gameplay requires very little in the way of micromanagement. Your owl people will go about their lives, create new owl babies, and generally do their own thing. You will see thought bubbles appear above their heads when they want something, however.

In these instances, you can use the Move button and trigger on your motion controller to pick up the creatures and place them where they want to go. Sometimes, they will require resources for what they want to do, and this is where your god-like powers come into play.

As you progress through the level, you’ll find totem poles that you can assign someone to. As they worship at this totem, you’ll be given a power like rain or wind. Use this to grow or uncover resources for your creatures to harvest.

Enemies will also appear, and while your people can defend themselves in some cases, in others you will have to keep them safe (or not for certain challenges). I’ve quite literally snatched my people from the jaws of death more than once.

Perhaps my favorite method of godly defense, was using my giant hands to block meteors as they approached my planet. Towards the end of my first playthrough (which lasted a little over an hour), things got pretty hectic.

A few times, the tracking stuttered and my planet would shift before my eyes in a very gut-wrenching way, but beyond those little quirks, the game performed beautifully. I need to go back and try to finish the last couple challenges to unlock the “apocalypse mode,” but otherwise I was able to finish most of what the game had to offer in about an hour or so.

As it Stands: Should You Buy?

When you finish this second planet, you’re offered a quick glimpse into the future of O! My Genesis in the form of two locked planets remaining. Your guide also informs you that something is wrong. It’s here that we see the “coming soon” message and know that the rest of the game is still on the horizon.

While I don’t have an exact timeline for the other two planets, I can say that I had a lot of fun with the tutorial planet and the first official one. The gameplay was complex enough to keep me engaged, the challenges provided some guidance without spoiling the solution, and the controls worked beautifully.

I know people will argue about what you’re getting for $3, but in these first days of VR, long experiences are few and far between. Not to mention, this price is much lower than most other games of comparable length.

What will solidify my recommendation for O! My Genesis VR, is how these new planets turn out, and what type of price they will charge for the additional content. In the meantime, if you’re looking for a fun twist on the god game genre, you could do a lot worse for $3.

Stay tuned for updates as the new levels are released and let us know if you’ve played O! My Genesis VR in the comments!

A Copy of O! My Genesis VR was provided to PS4 Experts for review purposes