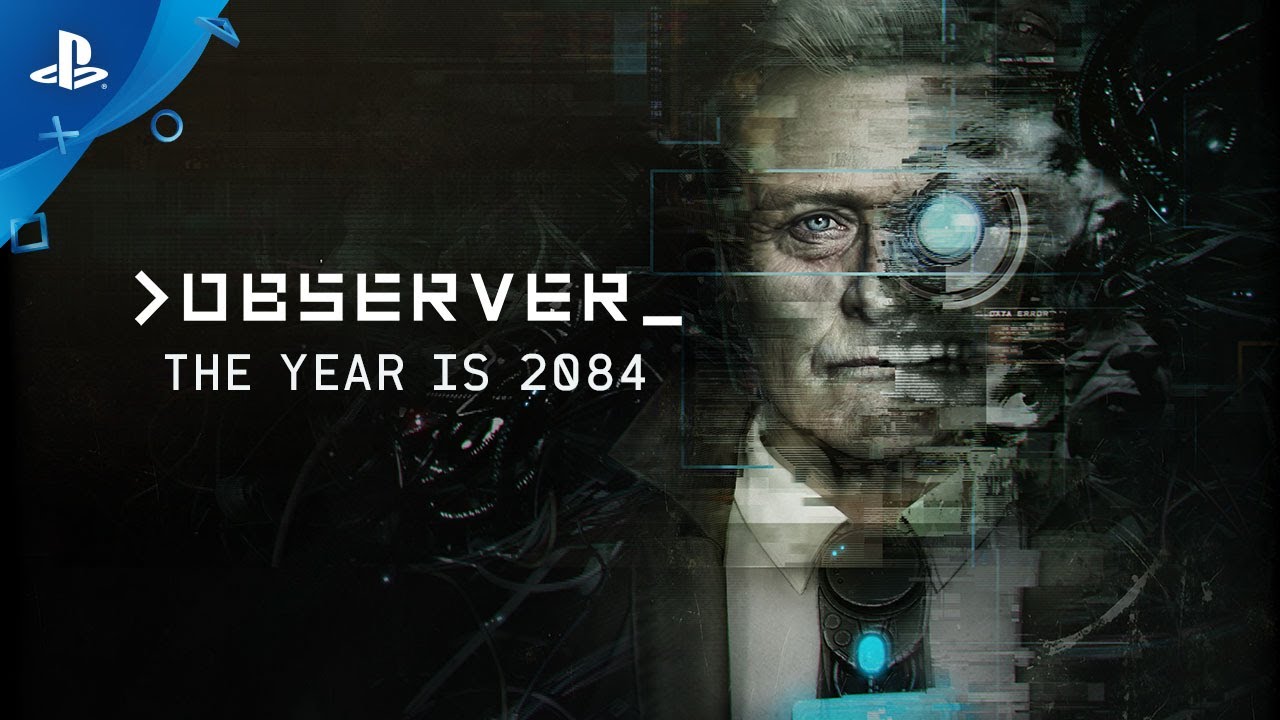 As a massive fan of horror games, I'm always delighted when a developer manages to do something wholly unique and pushes the genre forward as a result. We've seen haunted houses, and we've seen zombies. Bring us something edgy, something weird, something out of left field.

After the outstanding Layers of Fear, Bloober Team set out to do exactly this with their cyberpunk horror title, Observer. Now that I've gotten my hands on the game and played it from beginning to end, it's time to find out if this new horror title brings fresh new ideas to the table, or if it fails to make lightning strike twice.

Not Even Your Thoughts are Safe: Observer's Grim Future

The year is 2084. Humanity has developed technology that allows us to augment our bodies and replace as much as we want with synthetic parts and machines. After a massive plague called the Nanophage wiped out countless augmented humans, the War took care of the superpowers that were left.

Now, the world is owned and ruled by a corporation called Chiron. The people who are left become less and less human by the day, and many of them spend their lives in virtual reality because they can't face the world around them.

It's a cyberpunk dystopia of the highest order, but it's delivered in an excellent opening cinematic that sets up the state of Observer's world. You play as Dan Lazarski, who is a neural detective known as an Observer.

He's part of the Chiron-funded police unit that has permission to hack and invade the minds of suspects in order to fish out their fears and their darkest secrets. Anything found within your mind can be used against you in a court of law.

The game opens as Dan hears from his son, Adam, for the first time in a long time. Something's not right, and he needs help. You set out to find out what's happening, and you soon find yourself wrapped up in a gruesome murder mystery, and Adam himself is nowhere to be found.

The apartment building in the slums where you find the first body is suddenly under lockdown, which traps you inside and puts everyone on edge thinking the Nanophage is back.

As you investigate crime scenes and jack into the minds of people both alive and dead, you'll start to piece everything together. Additional side objectives allow the game's world to breathe and reveal some really compelling side narratives that I would absolutely recommend.

The main story remains very abstract for a good portion of the game, but answers do eventually come and you're able to get one of two endings. On its own, the murder mystery and ultimate resolution is solid, but it doesn't break any drastically new ground from a storytelling standpoint.

Combined with the side stories, however, the entire game manages to create an incredibly unique and very detailed world that I would have loved to spend more time in.

I liked the main story's resolution, but I almost wish it had gone a little deeper into its concepts. There are some really interesting existential themes at play here, but the game is over before they're truly explored.

Even with my desire for more philosophical quandaries, I still thoroughly enjoyed the story and waited eagerly for answers to come as the plot thickened and the body count continued to climb.

The main concept of the game, jacking into the minds of suspects, is the vessel by which the abstract elements of the story are told. Concrete facts are delivered to you via standard dialogue towards the end, but there are even more stories to be had if you examine the terrifying and trippy levels that take you deep into the mind of madmen, tortured souls, and plenty more.

Which brings us to the gameplay!

An Intense and Horrifying Experience 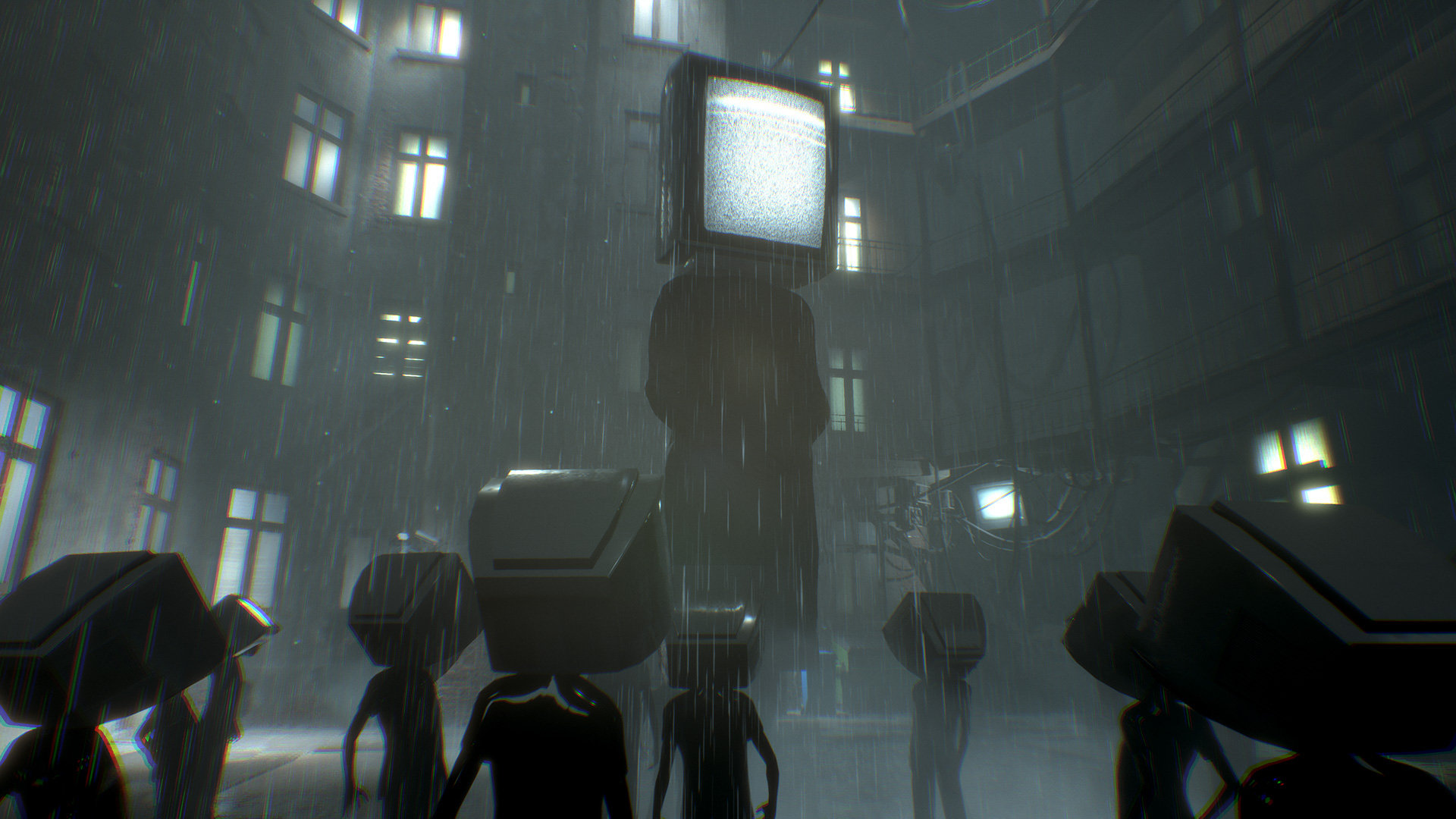 I'm going to start here by saying that the only issue I had with Observer's gameplay as a whole, was the frame rate. While it wasn't noticeable in the game's major moments, navigating the overworld in the apartment complex resulted in consistent and rather nasty frame rate drops on PS4 Pro.

During the levels where I was inside of someone's mind, I never noticed this issue. It's a shame because a vast majority of the game is insanely polished and wonderfully choreographed, but these moments were extremely jarring when I was trying to immerse myself into the world.

It's not a deal breaker at all, but for frame rate sticklers, I had to make it known. It doesn't happen during important moments, so when you do notice it during your playthrough, just remember that it's not always like that.

Beyond this, my only other gripe is with the game, are the sudden moments where you can fail. Most of the game poses no threat to you, it's mostly about the sheer intensity of the scenes you find yourself participating in. Other moments will suddenly introduce a threat that can instantly give you a game over.

While I like this mixture, the actual moments where you can be killed are so sparse that when they do show up, it's more of an inconvenience than anything. I know some criticism with Layers of Fear was that the game rarely ever posed a threat, but that didn't bother me.

Observer doesn't need to kill you to be scary. The moments when you mind is not your own, or you've entered into someone else's are scary enough.

The game switches between exploration and moments of detective work where you'll use your two scanner modes to pinpoint clues both electronic and biological. These moments work fine, but the true meat of the game comes from the moments when you enter another person's mind.

When I was playing through the game, I tried to imagine how I would describe these moments to potential players, and I still struggle with the words to say. The trips you take through the minds of others in Observer are like the world's scariest haunted houses that you can imagine.

These levels are incredibly abstract and consistently assault your senses with shocking imagery, grotesque gore, or pulse-pounding moments that defy all reason. I regularly found myself stopping for a break after finishing one of these sequences, if only to catch my breath and let my heart rate settle down.

Perhaps the best compliment I can pay to the developers here is to say that the time you spend inside of other people's minds cannot be predicted. You will absolutely not be able to guess what's going to happen next.

One minute you may be standing in a kitchen, and the next you may find yourself suspended in the air as the floor shatters beneath you as slimy tentacles emerge from the cabinets to ensnare you.

It seems like pure chaos at the moment, but the symbolism is almost overwhelming when you stop to think about it. When you learn more about these characters, the seemingly abstract concepts you witness during your forays into their minds suddenly make sense.

While it's most certainly an assault on every facet of your senses, the design and pacing of these moments provide some of the rawest and visceral horror I've ever seen.

Despite the hiccups in the frame rate, I cannot forget some of the things I saw and did while playing Observer. That alone makes it one of the most memorable horror games in recent memory.

Observer is a game I would have labeled with a perfect presentation, were it not for the aforementioned frame rate issues. The level of detail in the graphics portrays a cyberpunk world that has lost its sci-fi sheen. From the dreary rainfall, to the stained walls of the apartment complex, everything oozes character and detail.

The bright neon lights and the vivid colors of screens mounted on every wall give the game a dystopian futuristic look that really solidifies the atmosphere.

The visuals during your trips into people's minds are, as mentioned, the most beautiful and horrific art I've ever seen. They're terrifying, disgusting, and beautiful all at once.

Rutger Hauer of Bladerunner fame plays Dan Lazarski, and he brings an excellent performance to the proceedings. His grave voice portrays a man who is sick of his job, but pushes forward for the sake of justice and to find his son. His nuanced performance brings the story to life in a major way.

Despite the story not delving as deep as I would have liked, and the frame rate issues marring the presentation, Observer was one of the best horror games I've played in recent memory. Not only was it unique, it was bold, it was intense, and it was simultaneous a treat and torture for my senses.

If you don't mind the occasional technical hiccup, you absolutely must play this game. It shows just how far the horror genre has come on the PS4.