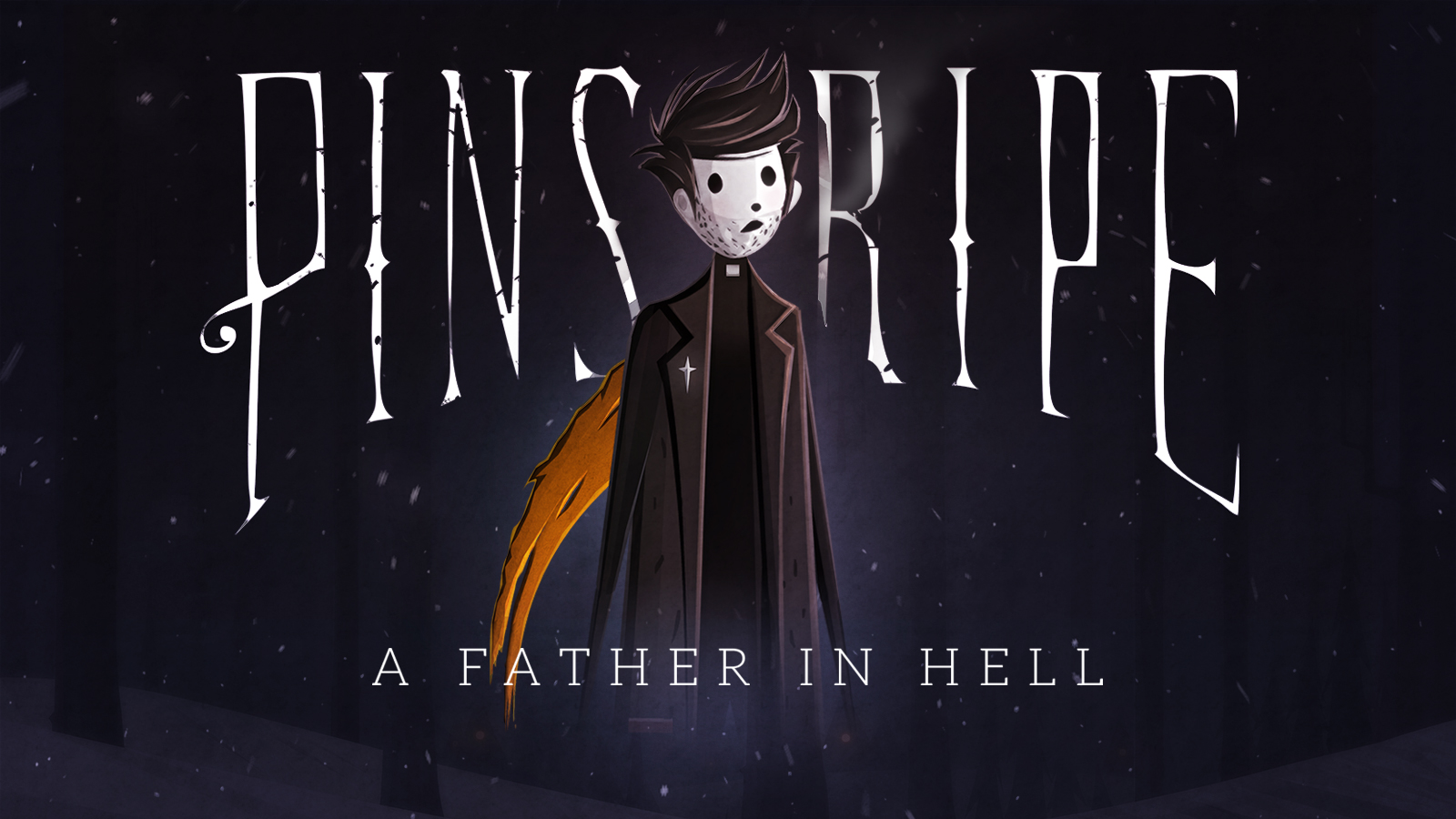 Horror comes in a lot of flavors on the PS4, but the one I want to see more of, is the kind that tells a profound story while also being terrifying. Pinstripe piqued my interest for its Tim Burton-esque art style and a promising premise.

Does this game about a father’s journey into hell to save his daughter combine frights both physical and emotional? Read on to find out!

A Descent into a Dark Past

Pinstripe is a game that places value into the narrative and the gameplay in equal measure, which I certainly appreciated. The story involves a father, his daughter, and the titular demon named Mr. Pinstripe.

After being kidnapped, you chase this demon into its domain to save your daughter. During the course of this 2-3 hour adventure, you’ll also come across a variety of other characters. Some of them will only have a single line of dialogue, but others will have tasks for you and additional information about the world.

The dialogue, voice acting, and general flow of the story are top-notch. There’s a consistent pacing that takes you through various areas and a wide cast of characters. Despite being a few hours long, Pinstripe does a really good job of making it feel like you’ve gone through a journey by the time the credits roll.

The main character, Ted, is developed through things you see and experience in the game’s world. You won’t know much about him at first, but you can make assumptions based on clever details. Even the items you find that are used for solving puzzles have their own stories to tell.

Pinstripe is the work of a single developer named Thomas Brush. It’s an incredibly polished and intriguing look at the concept of hell and how its different for each person. Once Ted’s daughter is kidnapped by Pinstripe, he descends into a version of hell that isn’t all fire and brimstone.

Instead, the people trapped there are drinking “sack juice” that keeps them docile and drunk. You’re soon joined by a friendly dog, but how you decide to treat it is up to you. The game offers dialogue choices throughout that allow you to play Ted as a repentant character who is generally nice, or mistreat everyone and insult them at every turn.

All of these elements combine to create a story that is both emotional and unique. It’s an entirely different approach to the classic story of someone going into hell to save their loved one. Not only that, but when everything is said and done, you’re left with a profound message that sticks around long after you’ve finished playing. 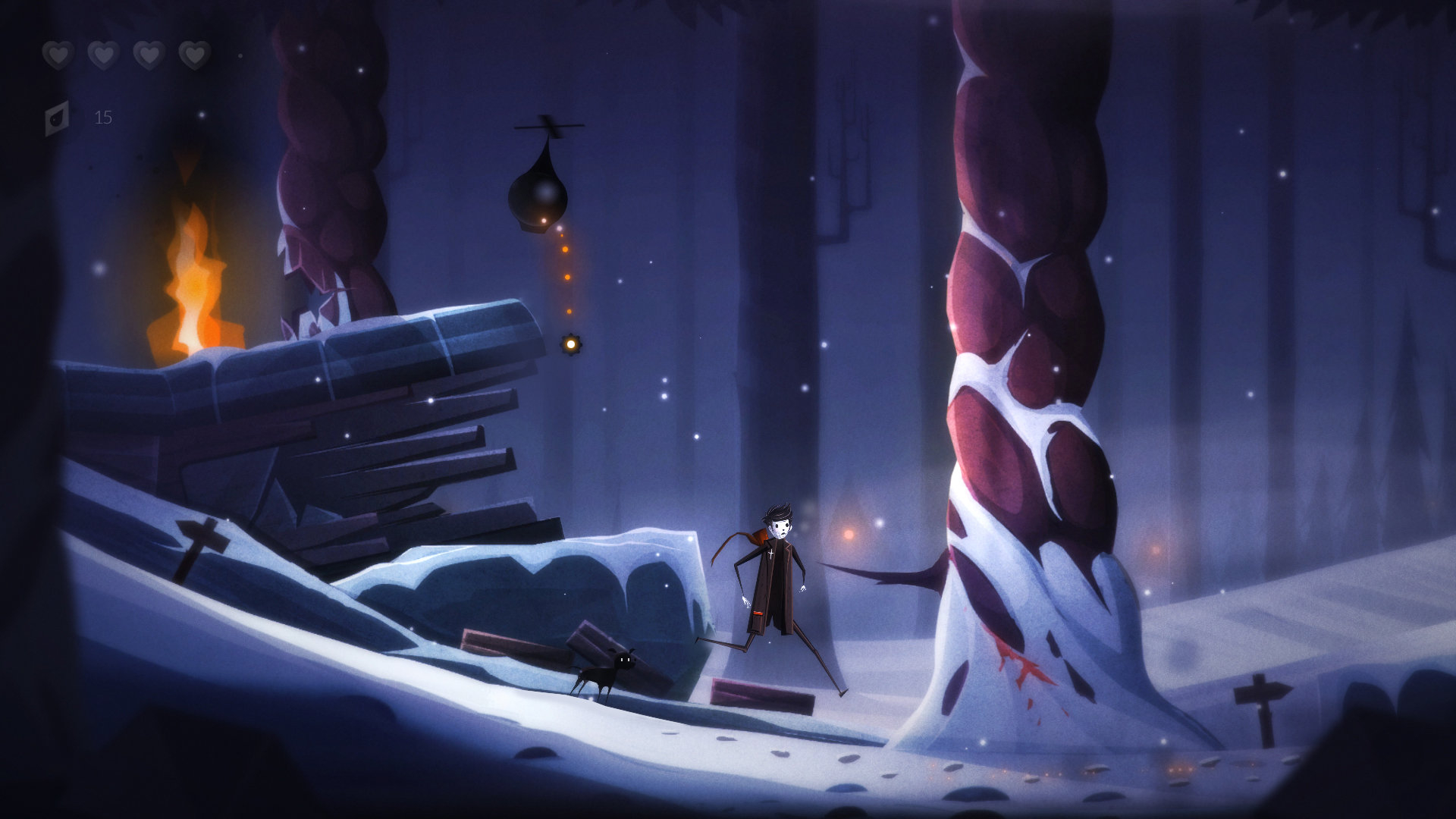 Pinstripe is a game that allows the narrative to take focus and uses the gameplay as a vehicle for moving everything forward. I vastly prefer this myself as it makes everything feel more cohesive. Everything you do in Pinstripe makes sense from a story standpoint as a result.

The platforming isn’t very difficult, but it’s used for puzzles that range in difficulty. There were a couple puzzles that left me scratching my head, but the vast majority of them were quick and satisfying.

There’s a nice variety to the types of puzzles as well, which is impressive when you consider the game’s length. Combat does occur from time-to-time, but it’s not a focus by any means. The controls and platforming feel responsive, while the aiming can be a little loose at times.

For the vast majority of the experience, Pinstripe’s gameplay moves along at a nice clip and changes things up enough to be interesting throughout. There is one dark spot in the middle of the game where you’re told to collect enough of the game’s currency to purchase a ticket that you need to progress.

This hunt requires significant backtracking across the game’s world and left me stumped for a while before I found out where I could find the remaining items I was looking for. It was a frustrating roadblock that brought the pacing to a halt.

The combat also felt tacked on to a point. It wasn’t bad, but it didn’t particularly add anything to the experience either. As a result, I could have done without it. Beyond these minor complaints, the rest of the gameplay had good pacing and an impressive amount of variety to the tasks and puzzles.

Despite some of my complaints, I also have to mention once again the fact that the gameplay was woven into the narrative. This meant that everything you did somehow tied back into the world and your need to progress.

Plenty of games do this, but Pinstripe keeps the narrative and gameplay closely knit throughout the experience, and it’s all the better for it. Games that manage to blend these two things together offer a truly interactive and immersive experience that I really appreciate.

A Haunting and Beautiful Art Style 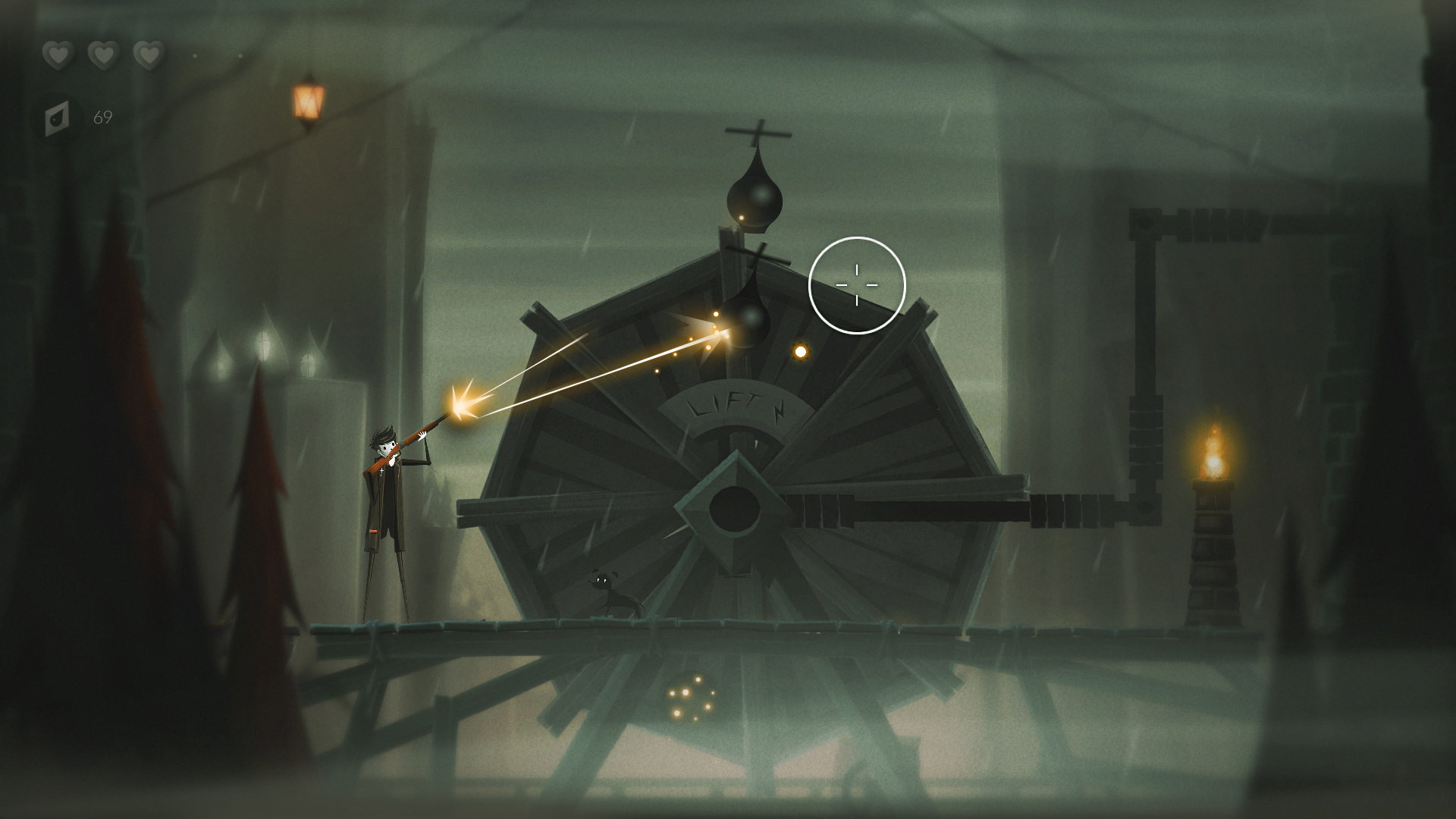 Pinstripe is a game that instantly makes a great first impression with its art style. While many would compare it to the likes of Tim Burton, it has its own flavor that differentiates it from the styles that may have inspired it.

The excellent use of color, the simple but effective character designs, and the excellent voice acting all combine to create an artistically cohesive experience. Every piece of the presentation fits together perfectly.

As a result, it really feels like Pinstripe, despite some minor flaws, reached the heights of the creator’s vision. It once again baffles me that one person can create such a memorable and polished experience.

If you like puzzles, light platforming, a beautiful story, and a healthy dose of artistic value, Pinstripe is one game that should not be missed.