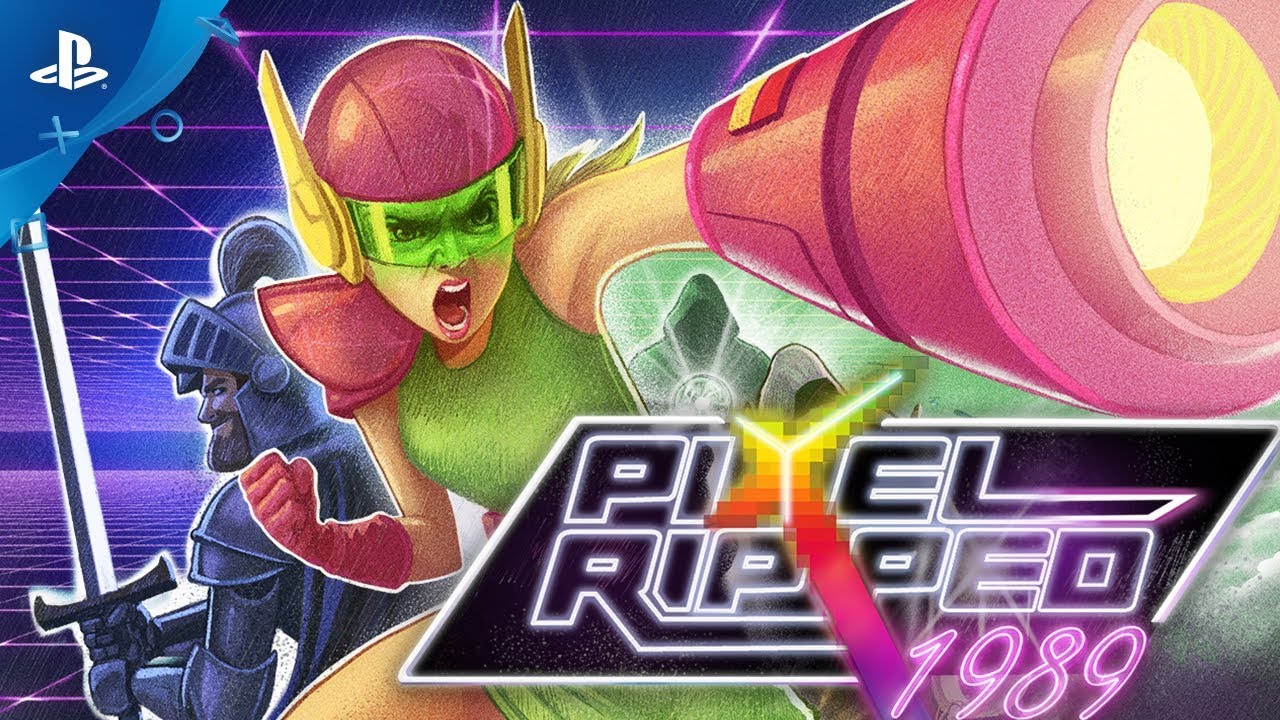 Despite all of the futuristic appeal of VR, the concept of virtual reality dates back to the early days of gaming. While it’s taken us until now to master it, there have been attempts in the past. Combine this with every gamer’s love for the classics, and you have a nostalgia recipe ripe for a PlayStation VR title.

Pixel Ripped 1989 is a VR title that combines both a retro style with elements of a 3D world to create an experience that transcends both. Does this combination make for a great experience in PlayStation VR? Let’s find out!

Past and Future Collide

Pixel Ripped 1989 stars Nicola and the in-game hero of her favorite title, Pixel Ripped. When the game’s villain, the Cyblin Master, steals the Pixel Stone, he possesses the power to leave the confines of the game and attack the real world.

The only way to stop him is for Dot, the hero of Pixel Ripped, to team up with Nicola and prevent the destruction of both worlds. The storyline is exactly what I wanted from a retro title like this. It combines witty dialogue with just the right amount of cheese and jokes.

There are short cutscenes between each of the game’s four main levels, but otherwise, the story makes itself known without ever outstaying its welcome. I love in-depth storylines and deep characters, but one thing that made retro games so great was their brevity, and Pixel Ripped 1989 embraces this fully.

Now, despite there only being four levels, you’re not going to finish Pixel Ripped very quickly. This is due to a combination of rising difficulty and learning the nuances of the levels. Since this is a true “game within a game” title, you’ll need to manage both the real world and the world of the game.

I don’t want to spoil the levels, but suffice to say they all offer their own unique twists and escalations. As an example, I’ll discuss the first main level that you may have seen in previews. This one takes place in a classroom where Nicola is holding her Game Kid console just beneath her desk to keep the teacher off her back.

While holding the DualShock 4, you’ll see your hands and portable game console in VR. You can also look around the classroom, and you’ll need to because the teacher has to be distracted for you to successfully make progress on your handheld device.

When the level first starts, the other students crowd around you as you make your first steps into Pixel Ripped on your handheld system. It perfectly captured that moment I knew all too well as a kid when everyone would watch me play and put the pressure on to perform.

The levels on the handheld utilize 2D sprites that simple environments, but there are some enemies to contend with and plenty of challenging gauntlets. Thankfully, dying in the handheld game isn’t too bad, it just resets you to one of several checkpoints.

The real challenge comes from the fact that you have only three lives in the real world. In the case of this first level, getting spotted by the teacher costs you a life. I liked this decision a lot as it offered a challenge in the form of distraction and time management, but it also didn’t put so much pressure on not dying in the handheld game that you couldn’t experiment and try to speed run the level.

It’s a great balance, and trust me, it’s still plenty difficult. Distracting the teacher involves looking at the spitball weapon to your right and then aiming by looking at sparkling distraction items in the environment. These are pretty funny pranks, but I found myself buried in the screen of my virtual handheld more often than not.

Eventually, the game will burst out into the real world around you. This comes with an upgrade to the graphics as the sprites gain detail and vibrant color. The rules remain the same, but the change of scenery is great.

I really loved the gameplay here in VR. The screen on your virtual handheld looks really good, considering it’s a screen within a screen, but I did hold it pretty close to my virtual face for the best picture quality. Holding it at arm's length makes it more difficult to see.

Despite only having four main levels, the amount of practice and skill you’ll need to complete all of them gives you a solid amount of content for the price. You also unlock a level select to go back and try again. If anything, the game’s ability to really nail the look and feel of both the retro game and the era as a whole makes this one of the best uses of nostalgia I’ve seen in VR or otherwise.

Pixel Ripped 1989 absolutely nails both the aesthetic and the music of this retro period in gaming. The pixel art really pops in VR and despite being 2D, the moments when you’re in the game’s world bring the art to life all around you, thanks to the immersion of VR.

Another excellent benefit of playing in virtual reality is the way all the details come together. The game on the handheld device before you plays perfectly smooth, but it’s the attention to detail in the way your virtual fingers press the buttons and interact with the handheld that really sells the entire experience.

Even the game’s promotional art absolutely nails the look and feel of this era. This is all topped off with a thrilling soundtrack that would fit right alongside any of the classics it pays homage to, with catchy beats and thrilling rhythms. Overall the game looks and plays extremely well, and it’s a testament to both Ana Ribeiro’s vision and the team’s passion that this unique idea came together so well.

More levels would have been a nice touch, but that’s only because Pixel Ripped 1989 does what it does so very well. There’s not much more to ask for here. When it comes to retro nostalgia trips, Pixel Ripped 1989 sets a new bar.