Nostalgia is a powerful thing. As someone who grew up in the golden era of platformers in the 90s, you can get my attention pretty quickly by calling your game an homage to that era. Enter Rad Rogers, a new platformer for the PS4 that earned its funding on Kickstarter with this exact pitch.

You play as a young boy who is pulled into another world and forced to fight back against enemies with the help of his sentient game console. It’s a little more than ridiculous, but so far, so 90s. Let's find out if this game offers more than just nostalgia.

A Radical Blast From The Past

Rad Rogers has a story, but it’s relegated to the back burner for a majority of the time. Rad, a twelve-year-old boy, is sucked into his TV through a vortex that appears in his bedroom. He finds himself in the world of the game he was playing, accompanied by his console, Dusty.

The game offers a kid-friendly mode and an adult mode to choose from. The adult mode includes things like blood, gore, and explicit language. Neither mode changes the gameplay. While some of the jokes are relatively funny, a lot of the humor falls into the lowbrow category.

I didn’t mind the lude jokes or cursing, but it did feel kind of forced. Dusty himself is voiced by John St. John who voiced Duke Nukem, so the voice acting is relatively solid across the board. I would have liked to see better humor that went beyond low hanging fruit, but if you like a little edge to your platformer, Rad Rogers isn’t too bad in this regard.

The gameplay is pulled straight from classic platformers, but it’s a little more forgiving than most. Dusty will reach out to grab ledges if you miss a jump by a few inches, for example. A variety of collectibles and power ups also give you a pretty strong edge in combat.

For the first part of the game, you’ll be jumping, shooting, and hunting for collectibles to your heart’s content. The difficulty doesn’t really spike until later in the game, and when it does, it’s a huge leap.

This wouldn’t be a huge problem, but the issue here is that losing all your lives puts you back to the beginning of the stage. With stages that can easily range between 20 and 30 minutes, this is quite the setback.

The difficulty spike makes this problem far more apparent as you’ll find the last chunk of the game suddenly throws a lot more at you than you have seen up to that point. When you take all of this into account, Rad Rogers is a game that manages to channel notalgia, to a point.

The gameplay is serviceable and responsive, but the difficulty goes from easy to insanely hard out of nowhere later in the game. Beyond the standard platforming and simple combat, there are also some moments where you fix “glitches” in the game’s world. While these add some variety to the gameplay, it’s not very much.

If you absolutely love platformers and you want something that feels like a classic, Rad Rogers will do the trick. Just don’t expect it to surprise you in any significant ways.

A Colorful and Cluttered Art Style 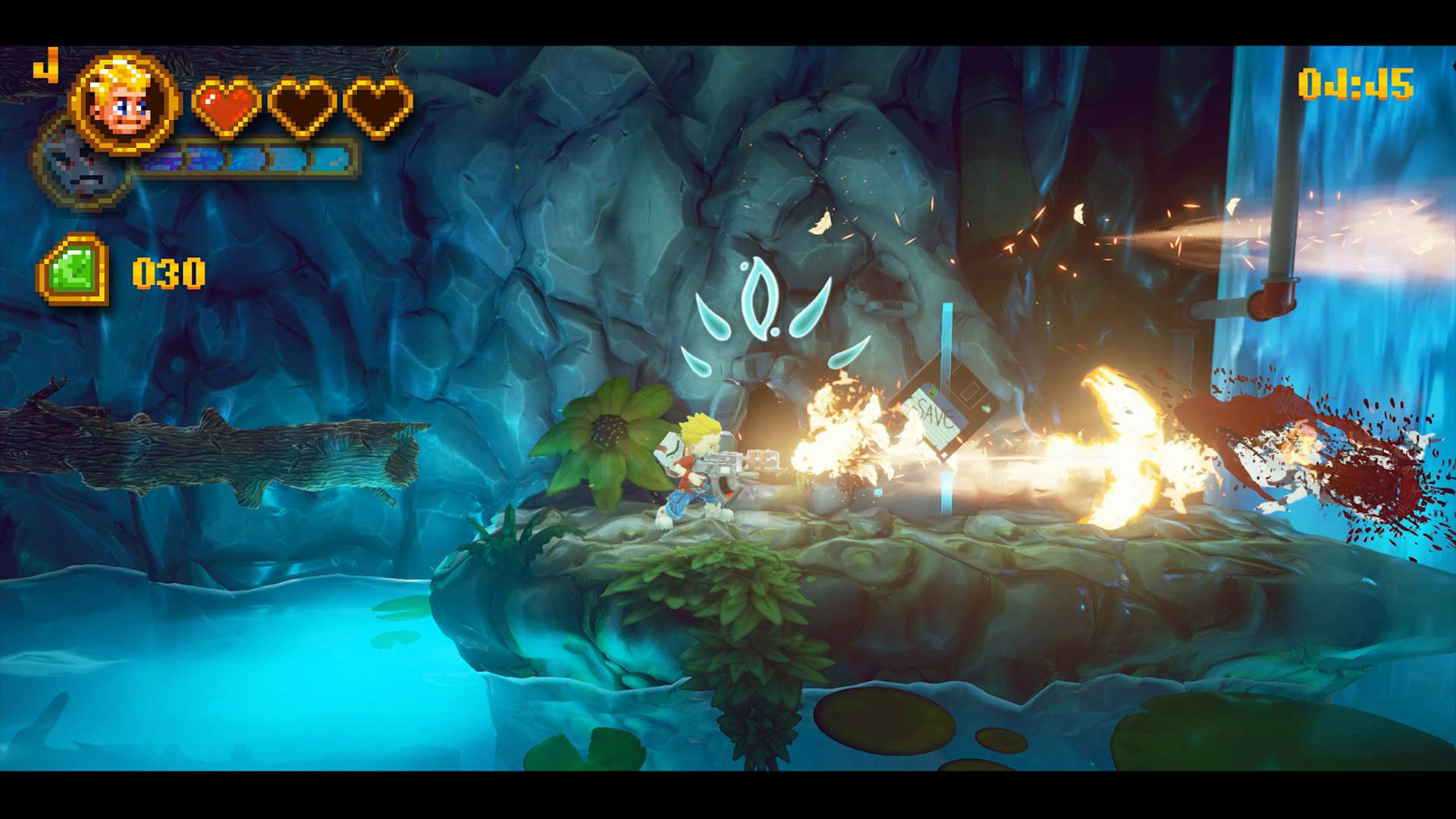 Rad Rogers uses 3D graphics to give the side-scrolling some depth, and plenty of color to keep your eyes happy. On the whole, it looks pretty good. There are times, however, when the environments can get very chaotic from a visual standpoint. Times like these make it difficult to properly gauge jumps and distance.

A catchy soundtrack rounds out the presentation with a look that feels like a relatively stable balance between old and new. As someone who easily falls into the pits of nostalgia, I enjoyed my time with Rad Rogers, but it did feel like the game was trying too hard to capture that 90s magic and failed to really innovate as a result.